‘Hello Charles. How are you?’ Police chief recalls moment he caught ‘The Serpent’ serial killer Charles Sobhraj for a SECOND time after his murder spree along Asia’s 1970 hippie trail 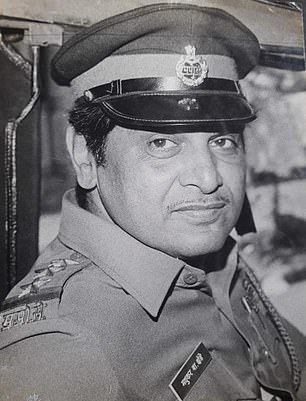 A former police inspector has recalled the dramatic moment he looked notorious serial killer Charles Sobhraj in the eyes and uttered: ‘Hello Charles. How are you?’

Sobhraj’s gruesome crimes are currently being revisited in The Serpent, a nail-biting BBC One/Netflix drama that details his killing spree along Asia’s hippie trial in the mid 1970s as he preyed on young backpackers.

Sobhraj is believed to have killed up to 24 travellers, the majority of them in Thailand, Nepal and India after initially poisoning them and then mutilating their bodies so that they could not be recognised.

The criminal is played by French actor Tahar Rahim, 39, and his partner and accomplice Marie-Andree Leclerc by Jenna Coleman, 34.

Nicknamed ‘The Serpent’ because he always managed to evade capture, Sobhraj was finally pinned down in April 1986 in Goa, following a nationwide manhunt by police in India that was led by Inspector Madhukar Zende.

Mr Zende had been ordered to track Sobhraj down after he escaped from India’s top security Tihar jail, where he was serving a 12-year sentence for poisoning a group of French tourists in 1976 and robbing them. 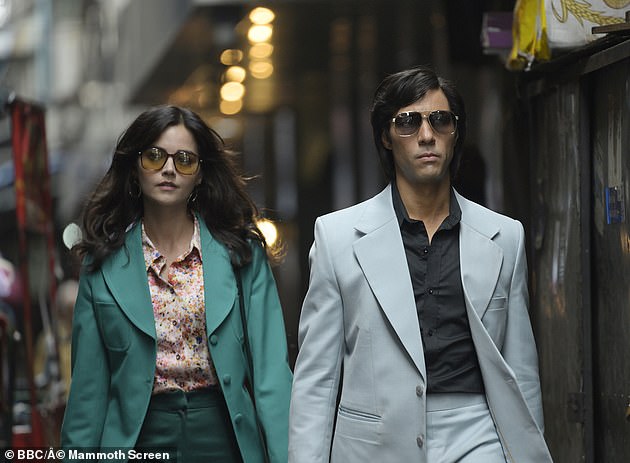 ‘The Serpent’ starring Jenna Coleman (left) and Tahar Rahim (right) follows the horrific story of Sobhraj, who murdered Western tourists throughout Southeast Asia during the 1970s 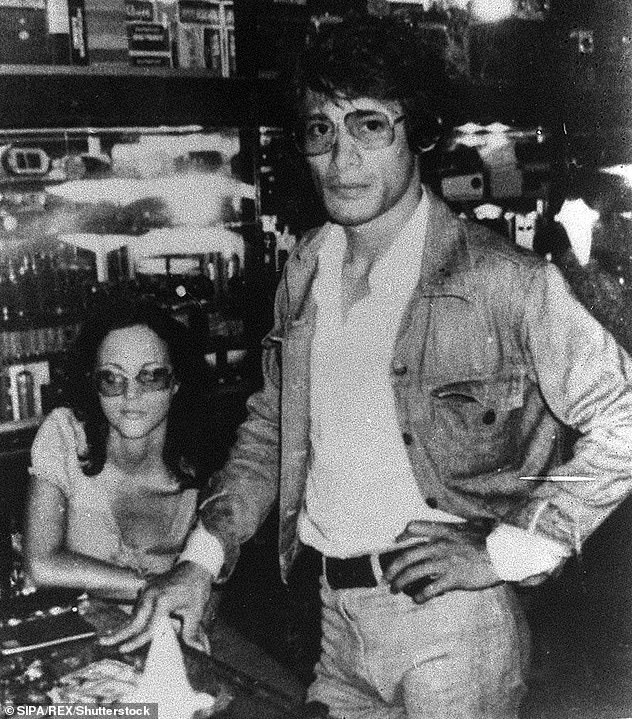 Sobhraj was known as ‘The Serpent’ pictured with Marie-Andree Leclerc in 1986, the year the he was tracked down and finally arrested in Goa by police Inspector Madhukar Zende 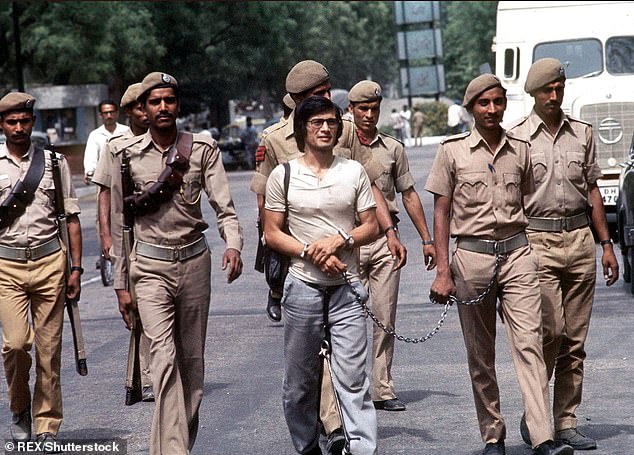 Sobhraj went on trial (above) in New Delhi, India, in 1977 and convicted of drugging and murdering 15 people. He later escaped from prison before he was re-arrested by Mr Zende

He was chosen for the job of tracking down one of the world’s most wanted men at the time as he had also arrested him once before in 1971, came close twice more a few years later and was considered to be one of the few policemen to have an understanding of how Sobhraj operated.

Mr Zende, 83 told MailOnline: ‘We spent days looking for him all over Goa but at night I would go to the O’Coquerio restaurant, a popular hippie hangout.

‘I was convinced that if I sat there long enough, he would eventually appear because Charles loved being around hippies, drink and women.

‘I was posing as a tourist and would sit at a table, ordering food and drinks just pretending that I was on holiday.’

Recalling the dramatic moment of Sobhraj’s arrest, Mr Zende said: ‘It was 10.30pm and I noticed that a car had pulled up and two men got out. What made me suspicious was that it was late at night, but they were both wearing sun hats.

‘They sat at a table and were drinking beer and I recognised one of them as Sobhraj even though he had a beard and looked very different from the last time I saw him. It was his chilling, piercing eyes that convinced me it was him. 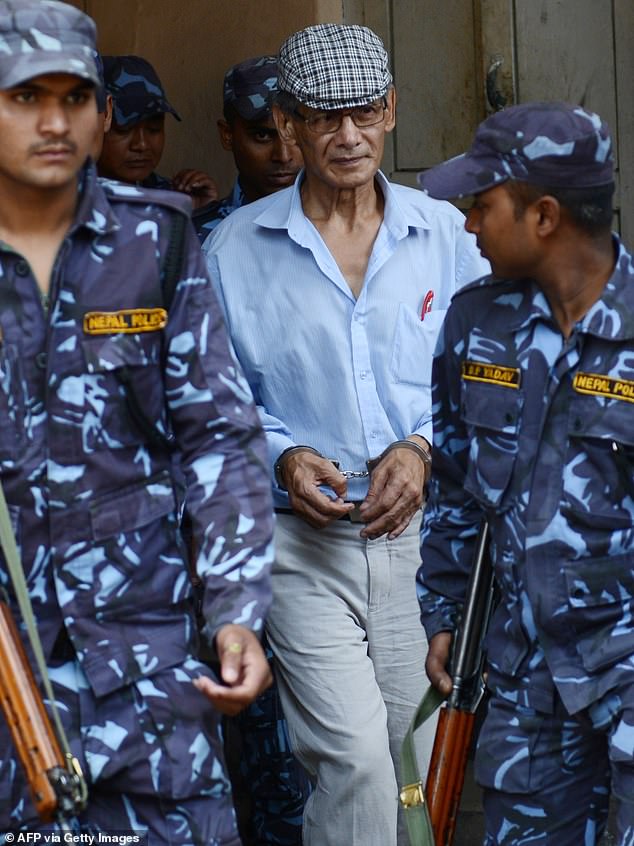 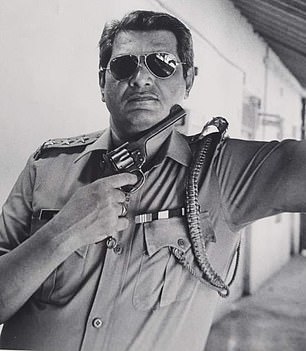 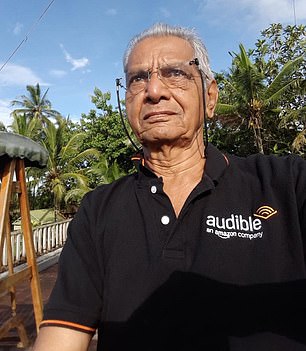 Inspector Zande, left as he looked in 1986 when he caught Sobhraj for a second time and today (right) as he reflects on his time on the trail of one of the world’s most notorious serial killers

‘I got so excited that I was trembling, but I managed to compose myself and slowly walked up to him, grabbed him from behind, turned him around and said: ‘Hello Charles. How are you?’

Mr Zende recalled that after reminding him that he was the same policeman who arrested him in 1971, he then tied Sobhrja’s hands with a rope which he asked a waiter to get for him as he did not have any handcuffs.

He added: ‘Sobhraj came quietly. We put him in the back of a jeep, and I ordered him to lie down and told two constables to sit on him for the entire 11-hour journey back to Mumbai because I was so worried that he would escape.’

Prior to fleeing from Tihar jail and hiding in Goa, Sobhraj lived a life of luxury behind bars, enjoying gourmet food, fine wine and visits from a string of women for sex.

He so charmed prison authorities, that he was given his own office and living space which had a television, fridge and sofa while guards addressed him as ‘sir.’

Sobhraj escaped with six other inmates after organising a dinner for his birthday for jail staff and lacing the custard they had for dessert with sedatives.

Even the prion cat was knocked out after being given some and prior to fleeing, he posed for photographs alongside unconscious guards.

Mr Zende said: ‘Charles was a brazen criminal who thought that he had a right to kill people and that he could get away with anything.

‘The current television drama about him has brought back a lot of memories for me and it’s been a long time since I’ve thought about Sobhraj. He is not the biggest villain I have ever captured but he is certainly the most cunning and the most famous.’

The former policeman reveals that over the years, one thing he has struggled to understand is Sobhraj’s allure to women, which he tried asking him about.

He said: ‘I tried speak to him when I arrested him twice and at his trial, but he didn’t want to answer any of my questions. Sobhraj thought of himself above mere mortals and that he didn’t have to answer to anyone.’

He added: ‘Sobhraj was incredibly good at manipulating females and winning them over. They loved him, they could not get enough of him.’

Following Sobhraj’s arrest, Mr Zende was feted by Indian celebrities, delivered more than 400 lectures on how he got his man and earned the nickname ‘super cop’ until his retirement in 1996. 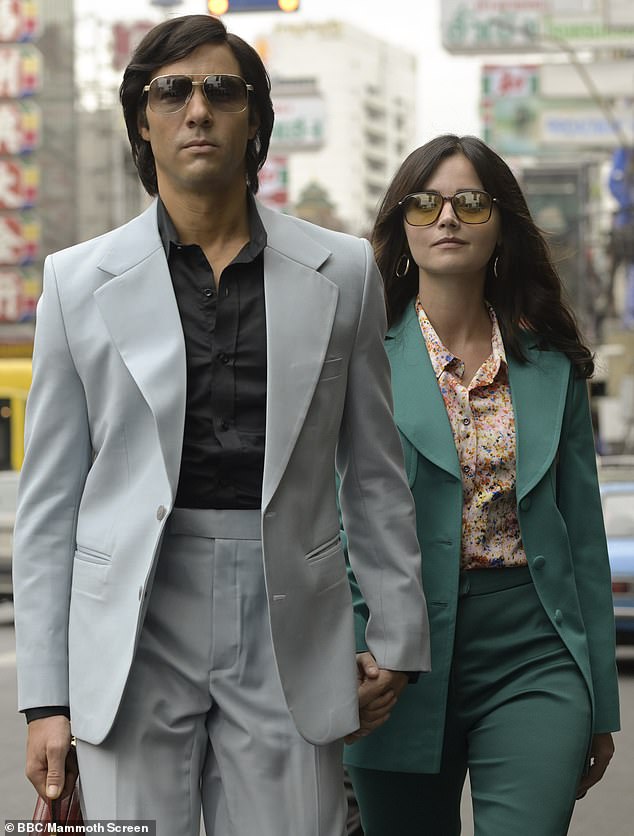 A dish, called the ‘Zende platter’ has been named in his honour at the O’Coquerio, which also has a permanent exhibition on how Sobhraj was captured there. Two years ago, Mr Zende visited the restaurant for the first time since the arrest and a party was held in his honour.

After his capture in Goa, Sobhraj was sentenced to a further 10 years imprisonment in India and he was eventually released in 1997, when he was deported to France.

He returned to South Asia in 2003 and was sentenced by a court in Nepal to life imprisonment in connection with the killing of an American backpacker in 1975.

Sobhraj, is now 76 and is serving his sentence in Kathmandu but has maintained his notoriety even behind bars after marrying 24-year-old Nihita Biswas, the daughter of his lawyer who is famous for her appearance on India’s equivalent to Big Brother.

Mr Zende now spends his time between India and Singapore and is adamant that despite the focus on Sobhraj once again with the BBC drama, he should be seen as nothing more than a common criminal.

He said: ‘Sobhraj has never repented and despite his age, he is still as dangerous now as he was all those years ago.

‘I’m proud of the part I played in locking him up and arresting Sobhraj made me very famous, but I was just doing my duty, that’s all.’