Queen Elizabeth II doesn’t just boast the title of current longest-ruling monarch (having been the queen for nearly 70 years) — she also boasts the longest marriage of any British sovereign. She and Prince Philip, Duke of Edinburgh, were married for over 73 years, surpassing the marriage of former record holders, King George III and Queen Charlotte, by well over a decade. And believe it or not, Queen Elizabeth and Prince Philip’s relationship timeline actually began long before their wedding day. Their love story was truly epic, which makes Philip’s recent passing all the more tragic.

On April 9, 2021, the Palace confirmed Prince Philip’s death at the age of 99. The longest-serving royal consort in history left behind four children, eight grandchildren, 10 great-grandchildren, and — of course — his devoted wife, who he first met when he was just 13 years old. Though the two had their ups and downs over the years (because what else would you expect from two people who spent more than eight decades together?), their partnership will certainly go down in royal history. Here are just some of the highlights from their legendary relationship, which first began all the way back in 1939.

Philip and the Queen had a few royal run-ins before their official introduction to each other. When Prince Philip was 13 and Princess Elizabeth was eight, they both attended the November 1934 wedding of the future Duke and Duchess of Kent: Elizabeth’s uncle, Prince George, and Philip’s cousin, Princess Marina. Then, three years later, they were both guests at the coronation of King George VI.

However, it wasn’t until July of 1939 that the two had their first publicized meeting at the Royal Naval College in Dartmouth, Devon. Then-18-year-old Philip was introduced to Elizabeth — who was just 13 — at the house of the Captain of the College. According to a two-page letter Elizabeth wrote to author Betty Shew, the princess was smitten with the young naval cadet from the very beginning.

Soon after, Philip left to serve in the British Royal Navy, and he and Elizabeth became pen pals, exchanging letters in his absence.

They Announced Their Engagement In July 1947 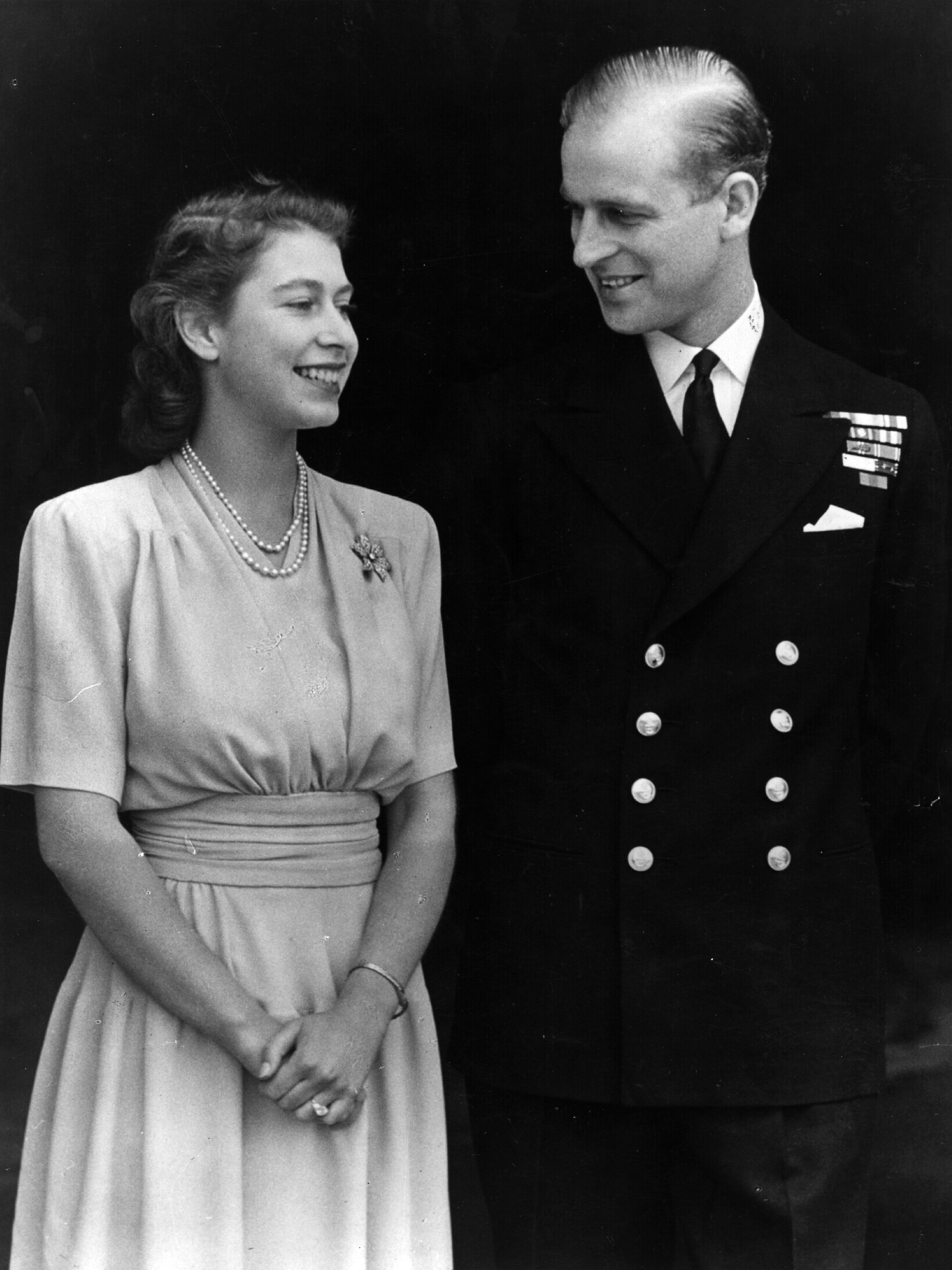 After a seven-year-long courtship, the future Queen and Duke were secretly engaged in 1946, though the official announcement wasn’t made until July 1947, after Elizabeth had turned 21 years old (at her father’s insistence). In order to marry Elizabeth, Philip was forced relinquish his existing Greek and Danish princely titles and become a British citizen.

They Married In November 1947 The couple wed later that year in a relatively low-key affair due to wartime austerity. On Nov. 20, 1947, they tied the knot at Westminster Abbey in London, and the ceremony was followed by a reception at Buckingham Palace.

They Welcomed Their First Son In November 1948 They Welcomed Their Daughter In August 1950 On Aug. 15, 1950, they became a family of four after they welcomed their first (and only) daughter, Anne. Tragedy struck on Feb. 6, 1952, when Elizabeth’s father, King George VI, passed away due to a coronary thrombosis. At the time, Elizabeth and Philip were in Kenya ahead of their tour of Australia and New Zealand, and at the age of 25, Elizabeth became the Queen of England.

On June 2, 1953, the Queen was coronated, and the new title reportedly put a strain on her relationship with Philip, especially since he was forced to give up his career in the Royal Navy to take on a subordinate role. As he explained to The Independent in 1992, "I thought I was going to have a career in the Navy, but it became obvious there was no hope. There was no choice. It just happened. You have to make compromises. That’s life. I accept it. I tried to make the best of it."

The Queen Made Philip A Prince In February 1957 They Welcomed Their Second Son In February 1960 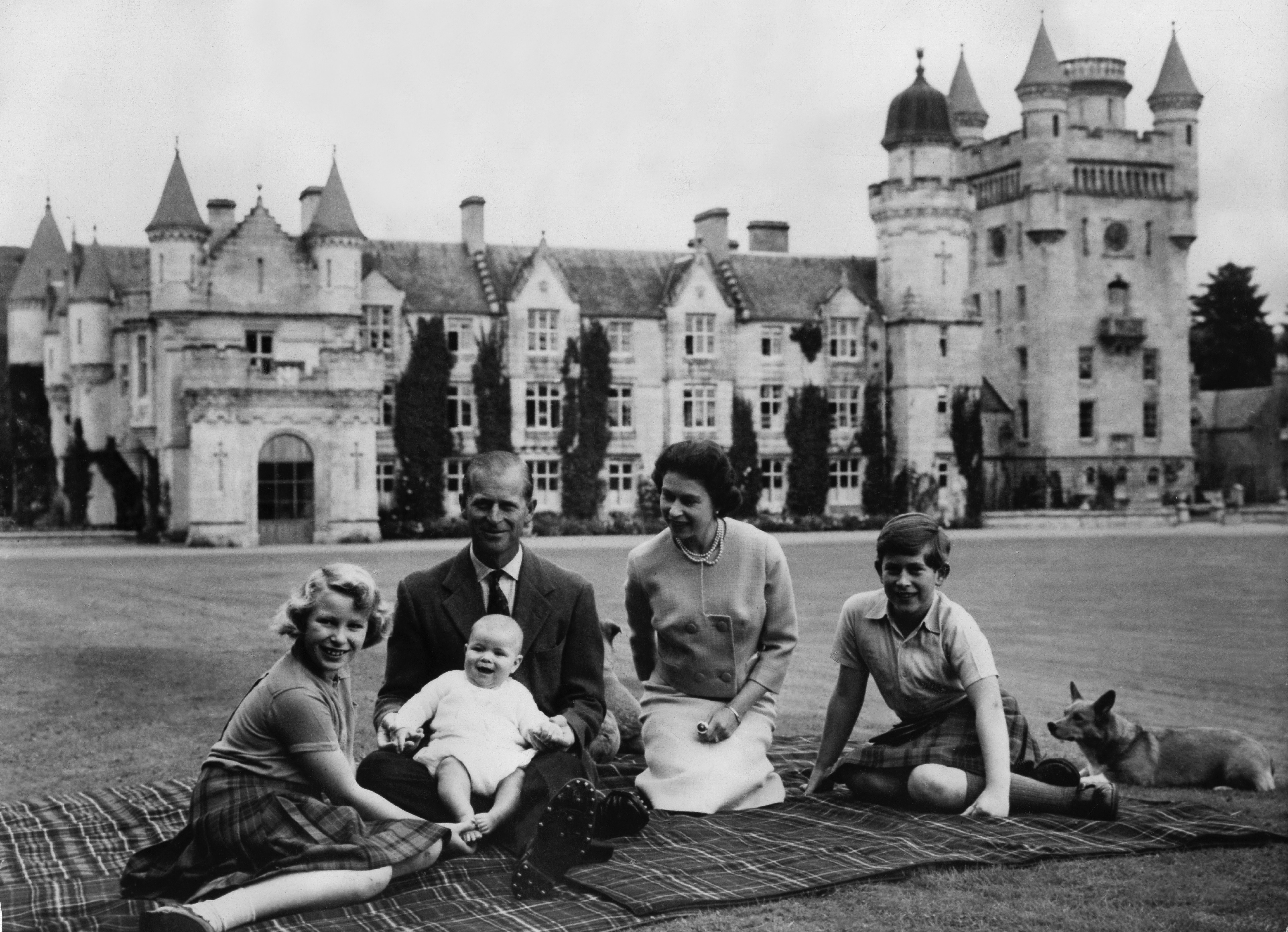 Nearly seven years after the Queen ascended the throne, she and Philip welcomed their second son, Andrew, on Feb. 19, 1960.

They Welcomed Their Third Son In March 1964 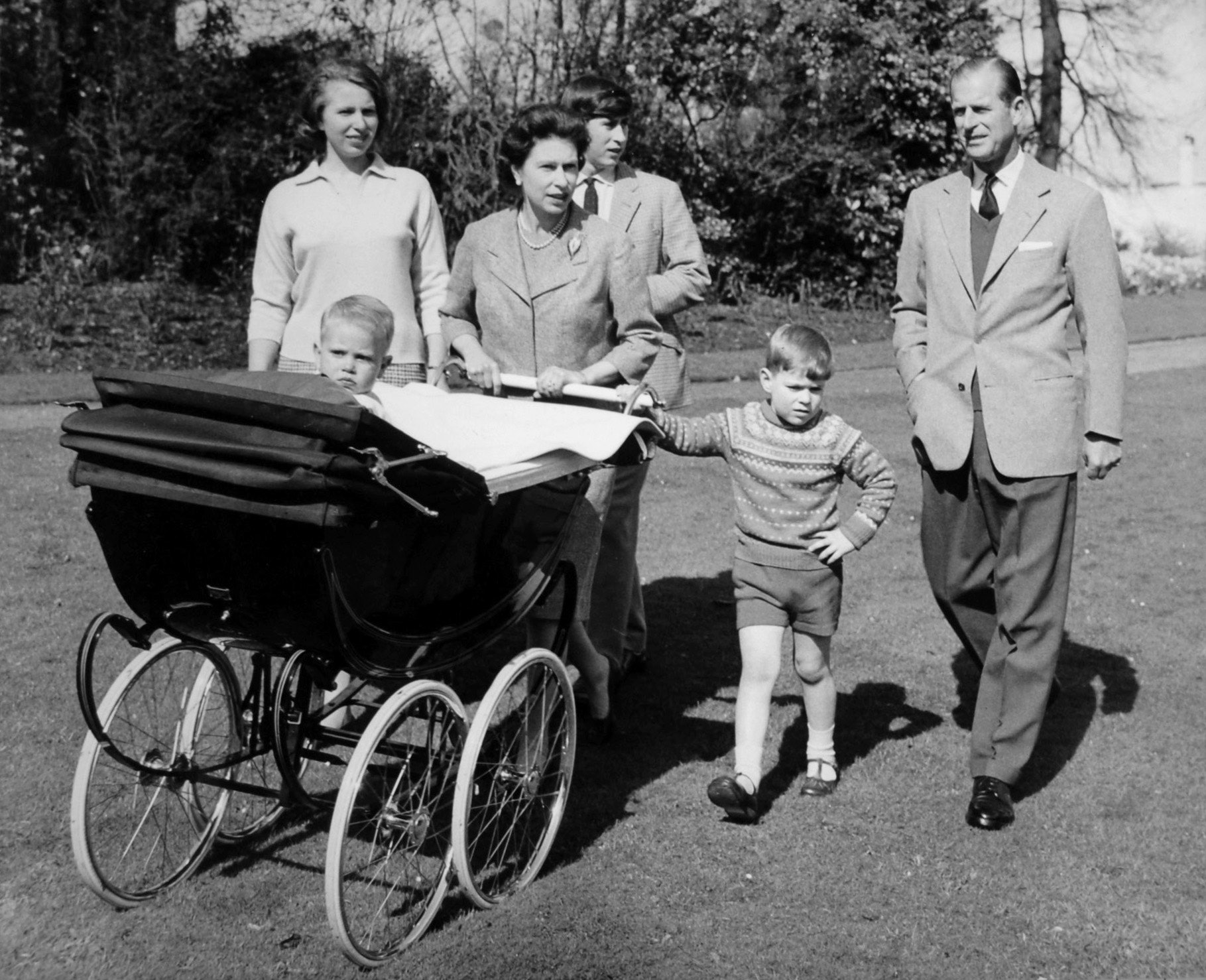 Their family of six was completed on March 10, 1964, when Edward was born. Philip made history as the first royal husband to be present during the delivery of their child.

They Celebrated Their 25th Anniversary In November 1972 While celebrating her and Philip’s silver wedding anniversary at Westminster Abbey in November 1972, the Queen joked, "If I am asked what I think about family life after 25 years of marriage, I can answer with equal simplicity and conviction, I am for it."

They Celebrated Their 50th Anniversary In November 1997 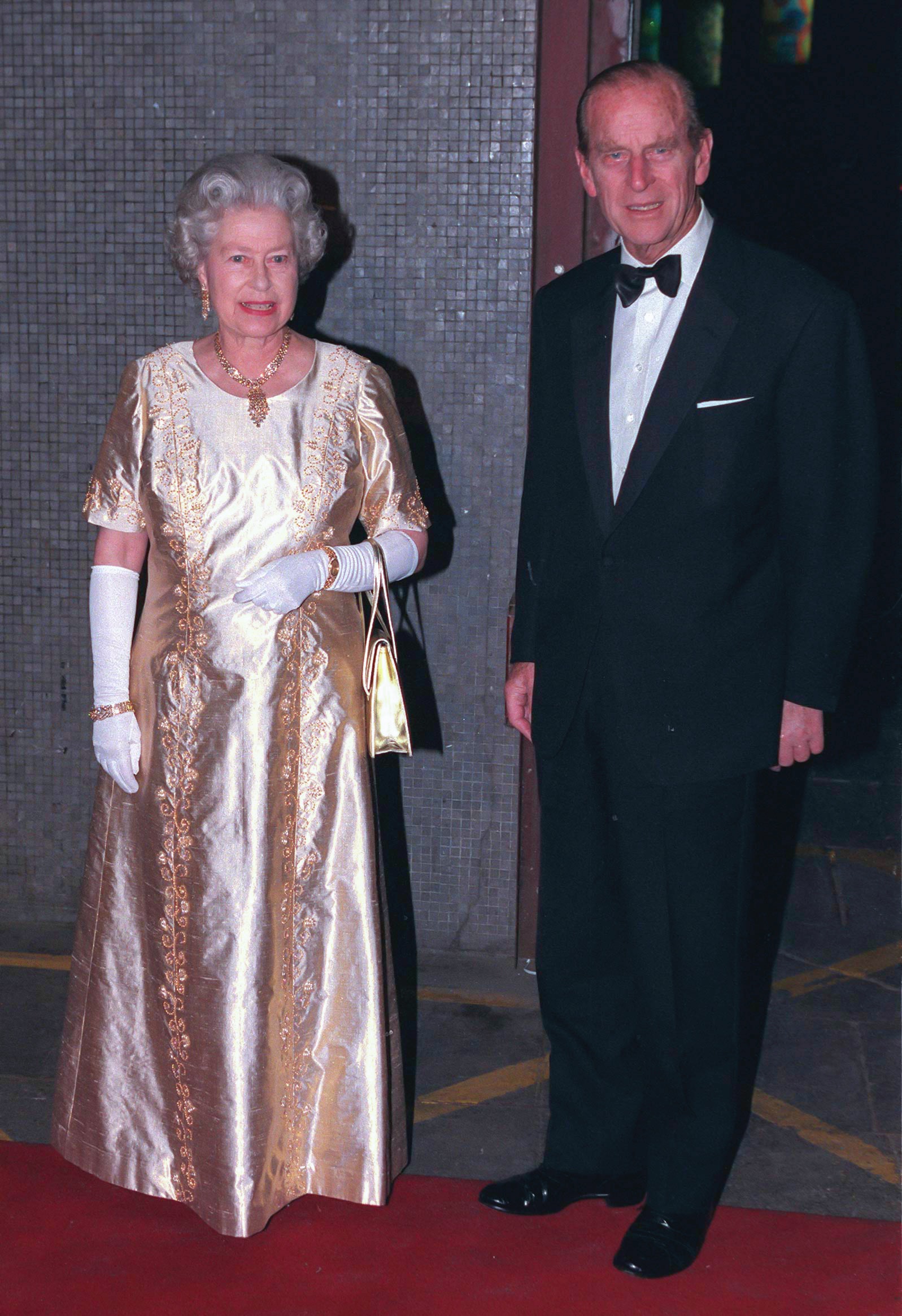 25 years later, Philip delivered a speech in honor of his golden wedding anniversary with the Queen. "The main lesson that we have learned is that tolerance is the one essential ingredient of any happy marriage," he said. "It may not be quite so important when things are going well, but it is absolutely vital when the going gets difficult. You can take it from that the Queen has the quality of tolerance in abundance."

The Queen Honored Philip In A Speech In June 2002 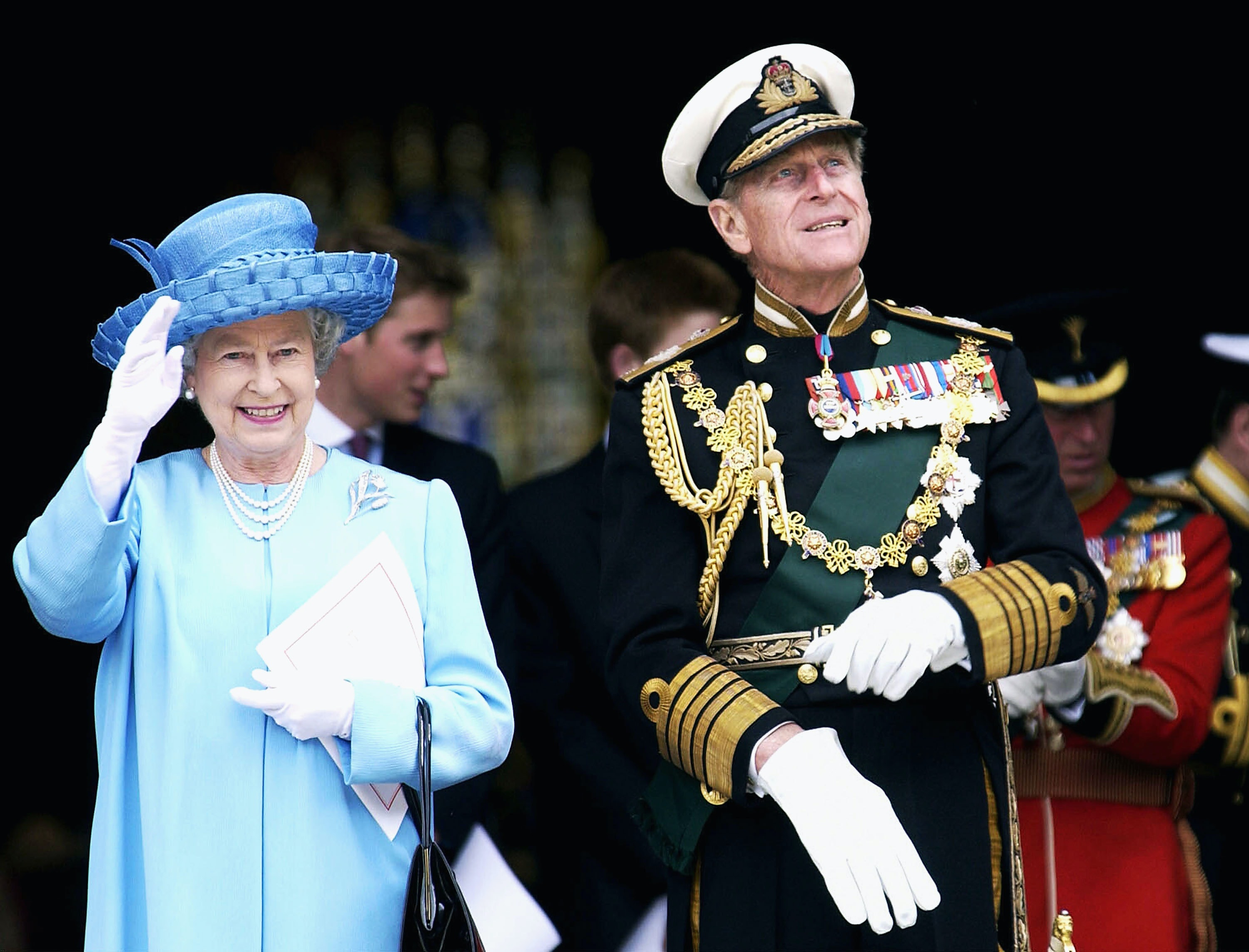 During her golden jubilee speech, which marked 50 years of being Queen, Elizabeth gave a speech in which she praised her husband’s support. "I take this opportunity to mention the strength I draw from my own family," she said. "The Duke of Edinburgh has made an invaluable contribution to my life over these past 50 years, as he has to so many charities and organizations with which he has been involved."

They Celebrated Their 70th Anniversary In November 2017 In 2017, Philip decided to retire from his official duties as the consort of the Queen after 65 years of service. Not long after, the duo celebrated their platinum wedding anniversary, where the Queen surprised Philip with the sweetest gift: the Knight Grand Cross of the Royal Victorian Order, an honor "given by the monarch to recognize distinguished personal service to her."

Philip Passed Away In April 2021 A few months after celebrating his 73rd wedding anniversary with the Queen, Philip passed away on April 9, 2021. "It is with deep sorrow that Her Majesty The Queen has announced the death of her beloved husband, His Royal Highness The Prince Philip, Duke of Edinburgh. His Royal Highness passed away peacefully this morning at Windsor Castle," read the official statement.

Here’s hoping the Queen gets the support she needs as she mourns her husband’s passing.