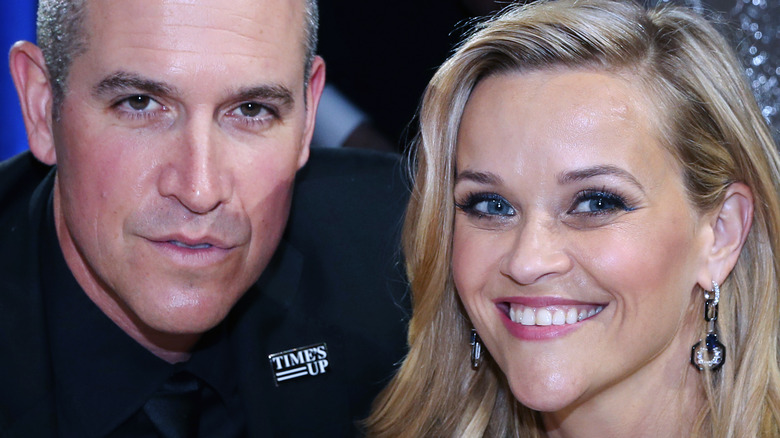 Over the years, Reese Witherspoon has been in a handful of different high-profile relationships. Although there are some talented and fine men who occupy that list, none of them beat Witherspoon’s passionate, loyal, swoon-worthy (and unfortunately fictional) partner from “Sweet Home Alabama,” Jake Perry. Who could ever forget the scene where the younger versions of the two characters express their big and innocent feelings on a stormy beach? “Why would you wanna marry me for, anyhow?” she asks, to which he responds: “So I can kiss you anytime I want.” Best rom-com line ever.

Alas, Witherspoon happens to be distinct from the country-girl-turned-fashion-designer who never stopped loving the first boy she kissed. However, her real-life relationship with Jim Toth comes pretty close to a sappy Hollywood-created love arc. In fact, the pair have been happily married for more than 10 years now. Here’s how it all started – and where the lovebirds are now. 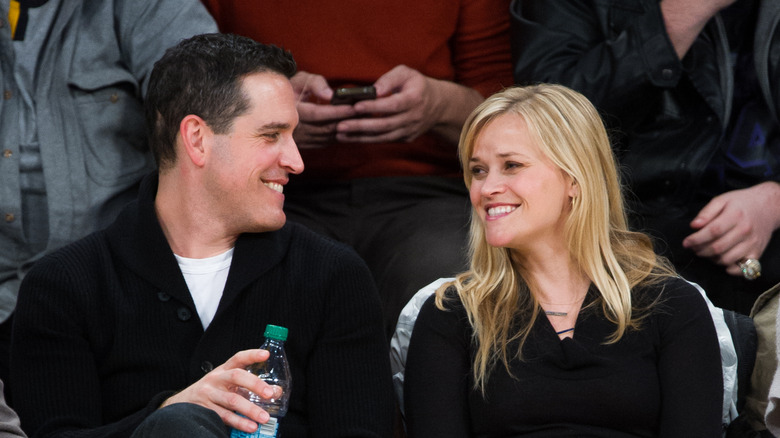 Reese Witherspoon may not have met the love of her life when she was just a young girl in a small Southern town, but her real-life meet-cute is just as good of a story (though a bit more NSFW, to be honest). She recounted the occasion to Elle in 2012, claiming it all “happened out of the blue.”

“This really drunk guy was hitting on me, making such an idiot of himself, yelling at me. He was like, [slurring, scowling, pointing finger in her face], `You don’t know me.’ And I was like, `Yeah, I know. I don’t know you!'” Witherspoon recalled. “Jim came over and said, `Please excuse my friend. He’s just broken up with someone.’ Jim was a really good friend, pulling him out of that situation. That’s just kind of who he is, a really good person.”

According to Us Weekly’s timeline, this must have occurred some time at the end of 2009, right after the actress ended her on-again-off-again fling with Jake Gyllenhaal. Although Witherspoon and Toth began dating in January 2010, they didn’t make their relationship public until March of that year. By Christmastime, they were engaged.

Jim has been wonderful to Reese's children since day one 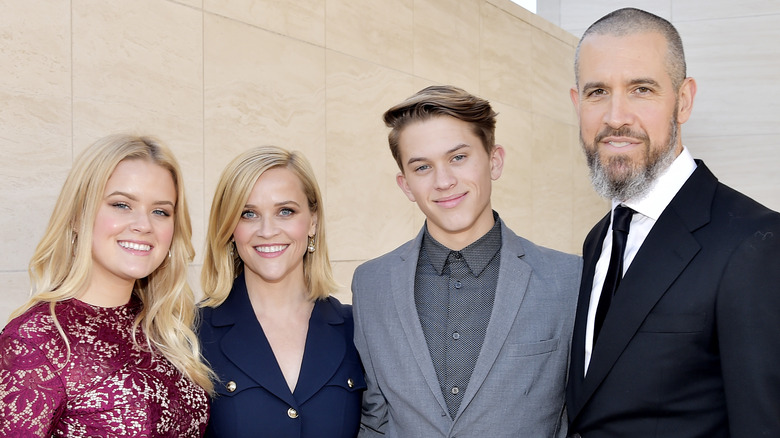 Prior to marrying Jim Toth, Reese Witherspoon had been married to Ryan Phillippe, with whom she shares her two eldest children, Ava and Deacon.

In 2011, the “Big Little Lies” star told Marie Claire about how Toth embraced her family as his own. ​​”You know, somebody close to me once said, ‘Oh, no man will ever accept your children.’ And I just thought it was the most horrifying thing someone has ever said to me in my entire life,” she said. “I was determined to find somebody who would make that not true. And I got lucky. I did. I got very lucky, and he’s wonderful. And so wonderful with the children. I’m very blessed.”

Little did she know, she’d soon expand her family even further. In September 2012, the couple welcomed their first child together, Tennessee James (via Us Weekly).

Things were relatively quiet and smooth-sailing for the parents until April of 2013, when they returned to headlines for less happy news.

Their date nights range from boring to straight up illegal 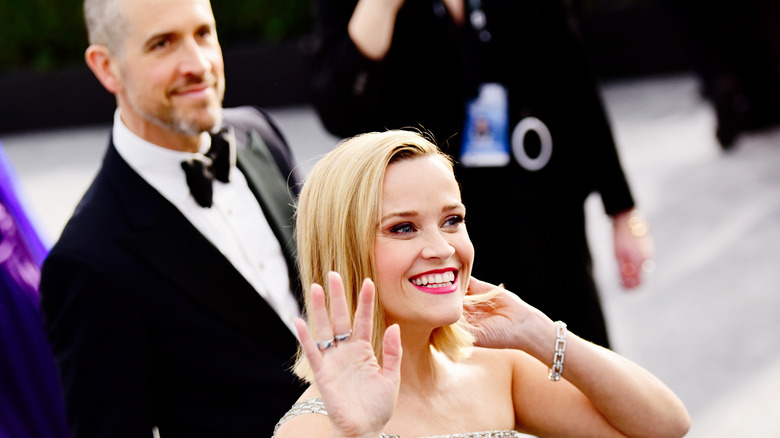 According to Us Weekly, Reese Witherspoon and Jim Toth got a little too rowdy on a night out in Atlanta, and they ended up getting arrested for disorderly conduct and driving under the influence. Although Witherspoon pleaded no contest and only had to pay a fine, her husband pleaded guilty and was subsequently sentenced to community service and a year of probation. I guess we can officially call her “Illegally Blonde” now?

“I clearly had one drink too many and I am deeply embarrassed about the things I said,” she told Us in a statement. “It was definitely a scary situation and I was frightened for my husband, but that is no excuse. I was disrespectful to the officer who was just doing his job. The words I used that night definitely do not reflect who I am. I have nothing but respect for the police and I’m very sorry for my behavior.”

However, not all of Witherspoon’s date nights are as eventful as that one. In 2014, she joked to the outlet about how most of their date nights involve helping the kids with homework “and then, going to sleep.”

Reese and Jim gush about each other on social media 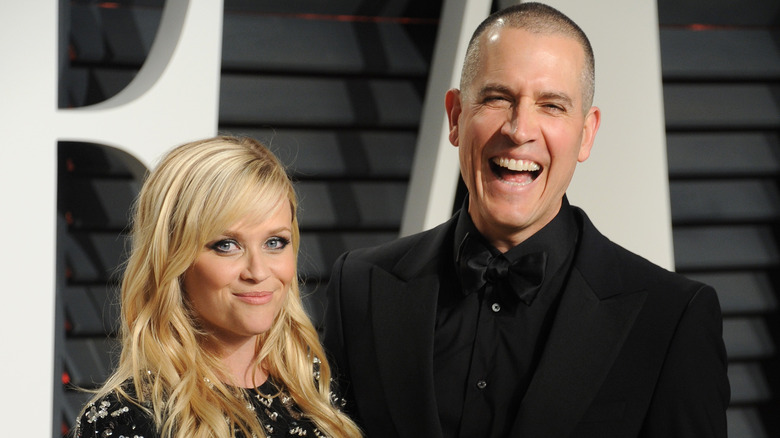 Ever since then, the couple has stayed fairly quiet. However, they use their social media accounts to give fans occasional glimpses of their love-filled life together. On Valentine’s Day 2016, Reese Witherspoon shared a photo of a gorgeous bouquet of flowers accompanied by a note that read: “Happy Valentine’s Day, Beautiful! I love you!” In the caption, the star gushed about her spouse, writing, “Love my sweet husband!” (via Us Weekly).

In June 2019, she shared an adorable snap from her “date night in Paris.” For Jim Toth’s birthday in July 2020, the blonde beauty shared a photo of her hubby with all three of their children. “Happy Birthday to my amazing hubby, Jim!!” she wrote. “Everything you do, you put in 1000%! Whether he’s training for a triathlon, giving back to his community, supporting his friends, or loving his family, he gives his whole heart to so many people everyday!”

Finally, in March 2021, the couple celebrated their 10-year wedding anniversary. In her post marking the occasion, Witherspoon revealed that the pair had met 11 years ago on that day, and gotten married exactly one year later. “Here’s to many more days of happiness & laughter,” she wrote.. Could these two get any cuter?