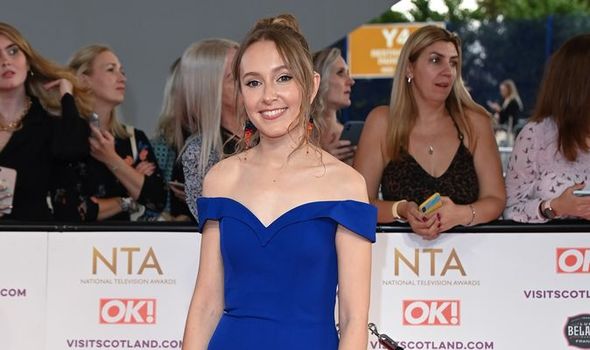 Rose, 27, said its halfrecognition was a “big problem” as the deaf have no right to an interpreter in everyday life. Although BSL was recognised as a language in its own right by the Government in 2003, it has no legal protection. The EastEnders actress revealed she had spoken to Labour MP Rosie Cooper about her Bill, which aims to make BSL an official language. Rose told This Morning: “I have heard so many stories about deaf people going to a doctor appointment and they ask for an interpreter and they don’t refer them one.”

“So they end up needing their child to translate, or a family member. That shouldn’t be. Because it’s not an official language, we can’t do anything about it.” Introducing her Private Members’ Bill last summer, Ms Cooper revealed BSL was her first language because both her parents were profoundly deaf.

She said: “I know first-hand the difficulty that deaf people face every day. So often they are ignored, misunderstood or have to fight for attention. Acknowledging BSL as a language is a simple, principled step towards ensuring the needs of deaf people who rely on their language are met, and met correctly.”

Rose and her pro partner Giovanni Pernice beat 2012 Bake Off winner John Whaite and pro Johannes Radebe in Strictly’s final before Christmas. Giovanni, 31, told This Morning he had decided to have an interpreter on his spring solo tour This Is Me. He said: “I think it’s about time. Rose opened my eyes. It’s important. We have to be more inclusive in general.”