New photos of Sebastian Stan on the set of ‘Pam & Tommy’ have surfaced, and the actor looks EXACTLY like his character, Tommy Lee, as he rocks out on the drums for a scene.

Sebastian Stan is going all out to portray Tommy Lee in the upcoming Hulu series, Pam & Tommy. The actor was photographed on-set of the show on June 30, and he looked identical to Tommy Lee. Sebastian went shirtless, wearing nothing but a pair of tiny leather shorts. His fake tattoos were on full display, and he wore dark eye makeup and gloves to rock out on the drums. Sebastian’s hair was styled just like Tommy’s, and at one point, he stuck his tongue out like a full-on rocker. 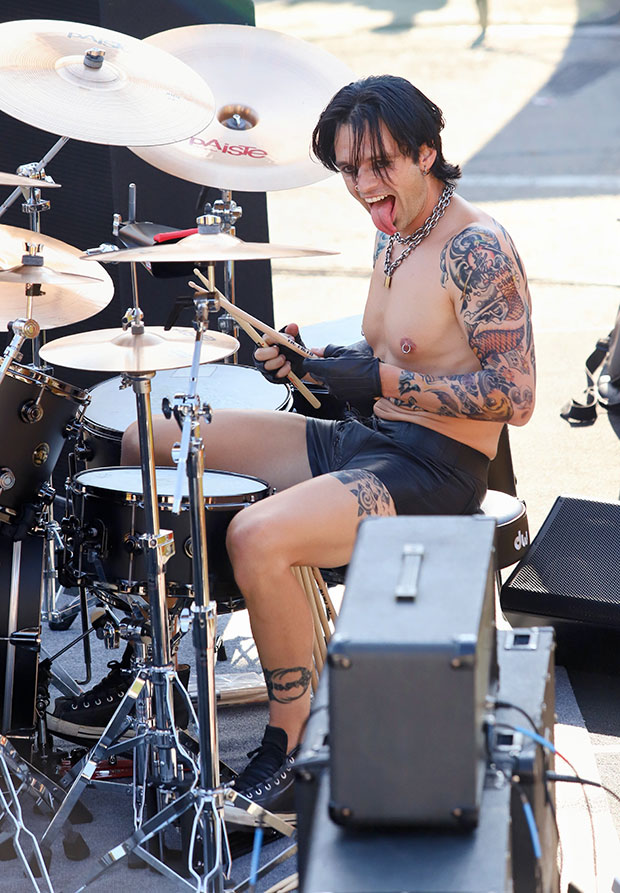 It was a full band moment, as Tommy’s fellow Motley Crue band members were part of the scene, as well. Actors portraying Mick Mars, Nikki Sixx and Vince Neil were in front of Sebastian at the drums. Lily James, who plays Tommy’s ex-wife, Pam Anderson, in the show, did not appear to be part of this scene, but she’s also been seen on-set with and without Sebastian on multiple occasions. In one scene, Lily even wore a Baywatch-style swimsuit to dress as Pam during her time on the show. 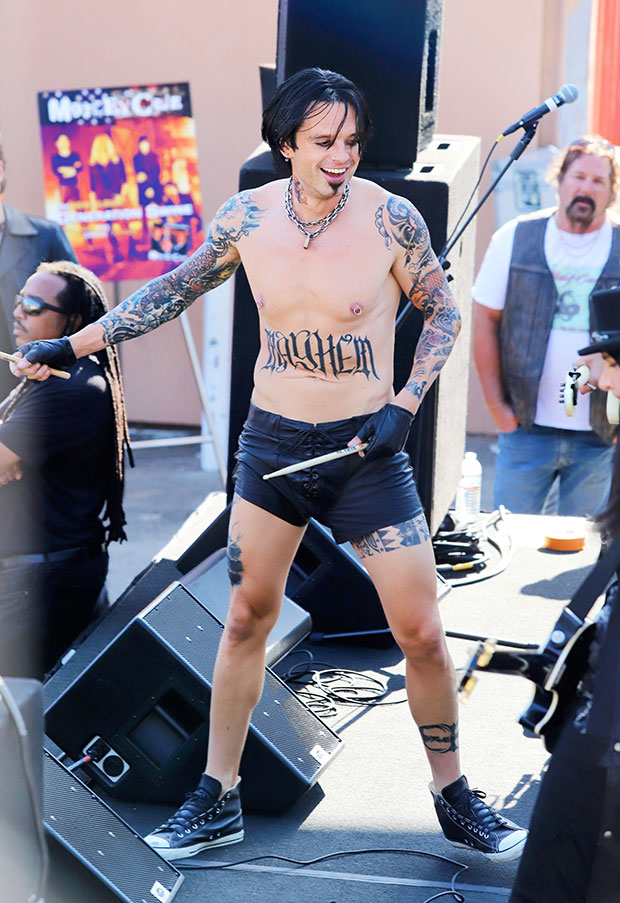 Pam & Tommy follows the famous pair’s relationship after the release of their unauthorized honeymoon sex tape, which was stolen from their home in 1995 and shared without their consent. Pam and Tommy famously got married in Feb. 1995 after only knowing each other for four days. Together, they had two sons — Brandon was born in 1996 and Dylan was born in 1997. The two had many ups and downs throughout their marriage and divorced in 1998. 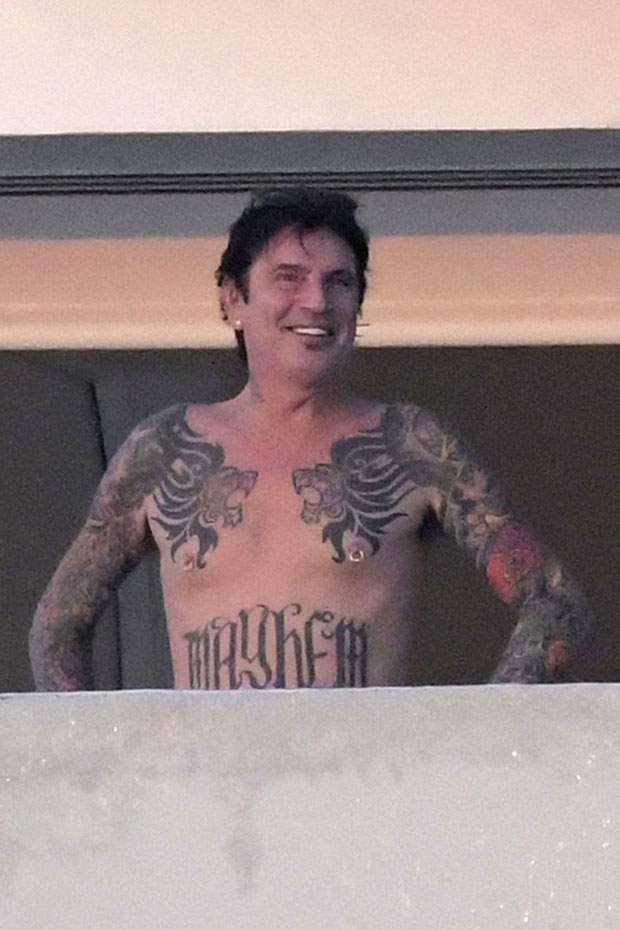 Pam & Tommy will recreate some of the most iconic moments in Pam and Tommy’s relationship, including the day they tied the knot. Pam wore a red leather dress for the occasion, and Lily looked just like her as she wore her own version of the look on-set. Photos showed Sebastian carrying Lily over the threshold, which was the perfect imitation of Pam and Tommy’s real-life nuptials.