Simone Biles is on post-Olympics vacation mode! The gymnast rocked a powder blue bikini in new beach photos ahead of the weekend.

Simone Biles will be “beaching” until further notice. The Olympic gymnast, 24, shared a series of photos from her vacation on Instagram on Friday, Aug. 20. Simone sat on a hanging rattan chair and rocked a powder blue two-piece bikini for the pre-weekend look.

Simone is currently enjoying some time off after the conclusion of the Tokyo Olympics on August 8. The gymnast took home a bronze medal on the women’s balance beam final on August 3 after withdrawing from a series of other individual events, citing the need to focus on her mental health. Chinese Olympians Guan Chenchen and Tang Xijing took home gold and silver, respectively. Simone previously won bronze on the balance beam finals at the 2016 Rio Olympics, too.

The performance marked her first (triumphant) return to the competition floor in about a week. With Jordan Chiles tapped in as her replacement, Simone withdrew from the team finals in late July after a shaky start on the vault. “After the performance that I did, I didn’t want to go into the other events, so I thought I would take a step back,” she told reporters at the time. “I have to focus on my mental health and not jeopardize my health and well-being.” 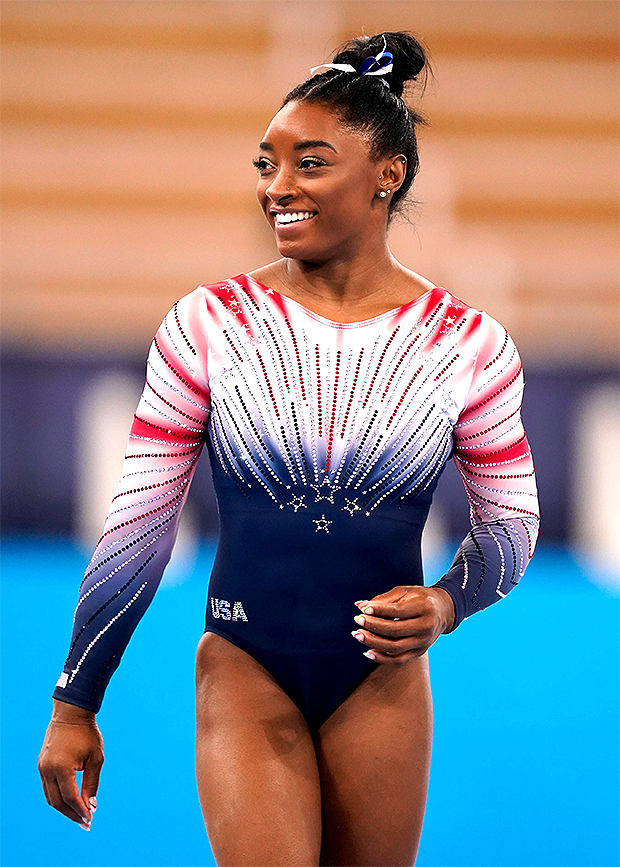 “There’s more to life than just gymnastics,” she later added. “It’s very unfortunate that it has to happen at this stage because I definitely wanted this Olympics to go a little better, but again, we’ll take it one day at a time and we’re going to see how the rest goes. Physically, I feel good. I’m in shape. Emotionally, that kind of varies on the time and moment.” With Jordan in her place, however, Team USA secured a silver medal win.

The gymnast eventually withdrew from other individual events, including the all-around and floor. Following her bronze medal victory, Simone appeared on TODAY and said she was “keeping the door open” for a return to the 2024 Paris Olympics. “I think I have to relish and take this Olympics in, and kind of recognize what I’ve done with my career because after 2016, I didn’t get to do that,” she said. “Life just happens so quickly and now I have a greater appreciation for life after everything that’s happened in the last five years.”