From candid confessions regarding Meghan’s half-sister, to sweet anecdotes shedding a light on the couple’s early courtship, the royal couple certainly didn’t hold back.

WATCH: The five best moments of the Harry and Meghan documentary: episode one

Across the three revelatory episodes, the Duke and Duchess of Sussex unveiled a whole host of friends, including the likes of Meghan’s former Suits co-star, and the couple’s ally, Christopher Bouzy. The team at HELLO! is taking a deep dive into the 16 faces who featured in episodes one, two and three. 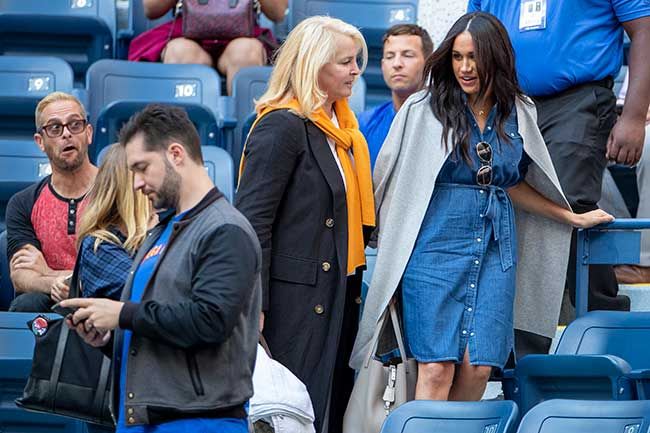 Jill is an American sports agent and former professional tennis player. Dubbed a pioneer in women’s sports, the influential agent counts Allyson Felix and Serena Williams as some of her clients.

In the explosive volume, Jill explained how she soaked up some Wimbledon tennis action with Meghan, just days before Meghan and Harry went on their first date.

Nicky is Prince Harry’s childhood friend from their time at Eton College. Starring in the highly anticipated Netflix show, Nicky opened up about Harry’s time at Eton when they were 13.

“I believe that there was an agreement in place with the media that, while they were at school, William and Harry would be left a bit alone,” he said.

“But day one, we left the house to a scrum, like nothing I’d ever seen, of flashing lights and the media all there.”

Victoria “Vicky” Tsai is the founder of best-selling beauty brand, Tatcha, and a friend of Meghan’s. In episode two of Harry & Meghan, the beauty guru spoke of her relief when Harry and Meghan’s secret relationship finally came out in the media.

Dhru Purohit is a podcast host, serial entrepreneur, and investor in the health and wellness industry. Beyond this, Dhru is the CEO of the Dr. Hyman brand and The UltraWellness Center. Bursting with joy, Dhru commented on Harry and Meghan’s relationship in their Netflix docu-series.

He described how happy he was upon hearing the couple’s celebratory news.

Nick is Meghan’s former long-term agent who represented her while she was in Suits. He notably supported Meghan in 2020 when Harry and Meghan stepped down as working royals.

Reflecting on the Sussexes blossoming love story, Nick recalled the “tidal wave” on his phone.

The Duchess of Sussex’s close friend Lucy Fraser shared a candid insight into Meghan’s “single girl summer” prior to meeting Prince Harry. According to Lucy, Meghan “had a lot of plans of going to Europe.”

Susan is Meghan’s close friend from school. Reflecting on Meghan’s formative years, Susan explained how the actress fell in love with theatre.

She added: “Tom [Markle] did a lot for our school being a lighting director and Meghan being so involved with performances.”

“I met Meghan in the seventh grade. We were walking into all of our new classes, and she was holding the door open, and tap dancing, and we became fast friends.” 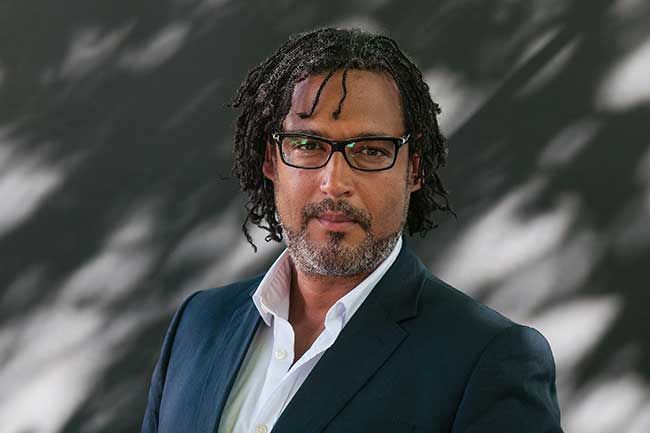 David Adetayo Olusoga OBE is a British historian, writer, broadcaster, presenter and BAFTA-winning film-maker. He has presented several documentaries and has contributed to The One Show and The Guardian.

In the documentary, David explained how he got wrapped up in Meghan and Harry’s fairytale nuptials. “Like everyone else, a lot of Black Britons I know were getting swept up in the romance and the wonder of this moment,” he said.

Abigail and Meghan both starred on sleek American drama, Suits. The duo established a close friendship which extended beyond the series. And in 2018, Abigail secured a front row seat at Meghan and Harry’s fairytale wedding.

In the documentary, Abigail opened up about Meghan’s early courtship with “H”. Recalling the memorable moment, the actress revealed: “I mean, I could just feel everything in her body vibrating. We have a photo from that moment—and in it, I was screaming because I could tell it was different.”

Film writer and producer Silver Tree met Meghan on the set of Suits. The producer has since defended Meghan Markle on a number of occasions, speaking out about the media’s relentless harassment.

Appearing in Harry & Meghan, Silver said: “The paparazzi started to come out to try and get eyes on her and there were people trying to buy call sheets from production assistants on our show so they could find out when she was shooting.”

Chantelle is Meghan’s former personal assistant. Reflecting on Meghan’s life-changing experience, Chantelle explained how the Duchess had “a beautiful life” before meeting Prince Harry. She added: “She had so much freedom, she had such a beautiful life before everything exploded… [Then things] took a dark turn quickly.”

Meghan and Heather, who have been friends since 2006, reportedly met at Heather’s LA fitness studio Pilates Platinum, where she offers intense Pilates sessions for $225 per month.

Reflecting on Meghan’s early acting career, Heather said: “She [Meghan] was auditioning and getting close to roles, but not getting them. I was just so amazed and proud of her that, you fall down and you get back up. She just kept going and going.”

Echoing Lucy Fraser’s comments about Meghan’s summer of fun, the producer said: “[Meghan] had a few different trips planned, and she was just going to be free.”

Misan Harriman is a Nigerian-born British photographer, entrepreneur, and social activist. In the documentary, Misan explained how members of the black community felt “seen” when Meghan and Harry announced their engagement.

Tech entrepreneur Christopher is the mastermind behind Bot Sentinel which fights disinformation and harassment online. His company’s research has exposed the targeted hate campaign against Prince Harry and Meghan.

In the bombshell trailer, Christopher narrated: “It’s about hatred. It’s about race.” 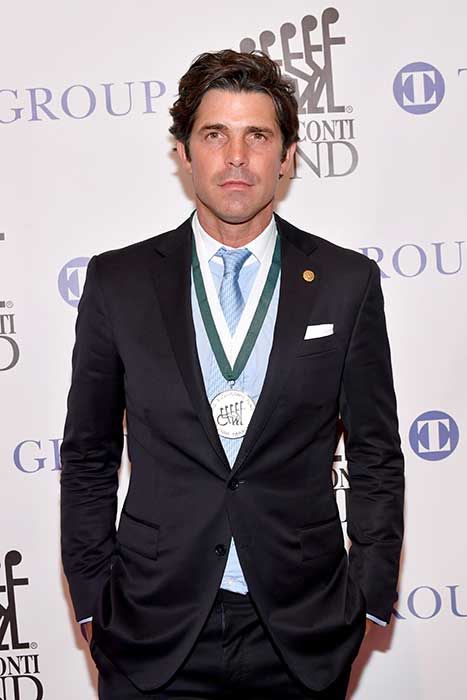 Ignacio is an Argentine actor and polo player with a 6-goal handicap. Nacho and Prince Harry bonded over their shared passion for playing polo, and regularly played together throughout the summer. In light of their friendship, Prince Harry made Ignacio an ambassador of his charity, Sentebale.