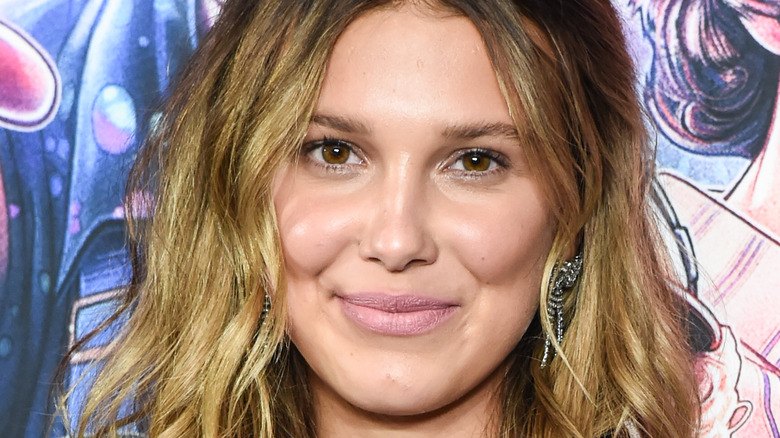 Actress Millie Bobby Brown completely transforms on-screen when she’s portraying her iconic character Eleven on Netflix’s wildly successful show, “Stranger Things.” The role launched Brown’s career and established her as one of the best actresses of her young generation, and she’s been steadily building off this success ever since. In addition to starring in the upcoming fourth season of “Stranger Things,” Brown has starred in the Netflix film “Enola Holmes” and blockbuster movies like “Godzilla: King of the Monsters” and “Godzilla vs. Kong” (via IMDb).

The 17-year-old star has often been applauded for her professionalism on set, a topic that “Stranger Things” co-creators Ross and Matt Duffer discussed during an interview with NPR back in 2016. Ross said of Brown’s acting skills, “So someone like Winona or David, they know how to play to the camera. They know when it’s in close-up, they know when it’s not. But most child actors, they’re doing the same thing take after take after take. They’re not adjusting their performance to the lens or they’re not adjusting it to the camera position. But Millie absolutely is able to do that, which is another reason why she’s so incredible and I think why she’s able to communicate so much without saying very much.”

Though the Duffer brothers often sing Brown’s praises, the two openly discussed one particular instance in which the actress’ young age felt more apparent, largely because the incident in question caused a filming delay in Season 1 of “Stranger Things.” 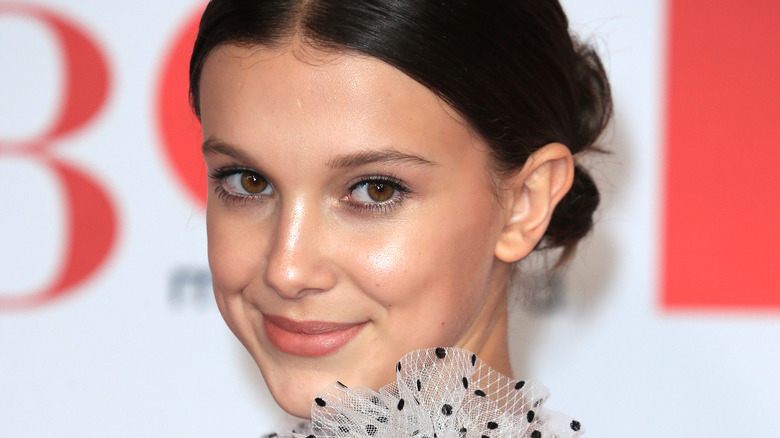 During their interview with NPR in 2016, Ross and Matt Duffer discussed a funny incident they had with lead actress Millie Bobby Brown.

The two had been highlighting the myriad ways in which Brown is the embodiment of professionalism but detoured when they mentioned one specific moment that proved she’s still a kid first and foremost. Ross started by saying, “One day she showed up on set, and she [was] just covered head to toe in glitter. And she’s like, ‘I don’t know where this glitter came from.’ And it’s like I’m not having this problem with any of my adult actors. David Harbour is not coming in covered in glitter.”

How hilarious is that? According to Matt, the process of removing Brown’s glitter was lengthier than anticipated and she inadvertently caused a 45-minute delay in filming! Girls just wanna have fun, right?