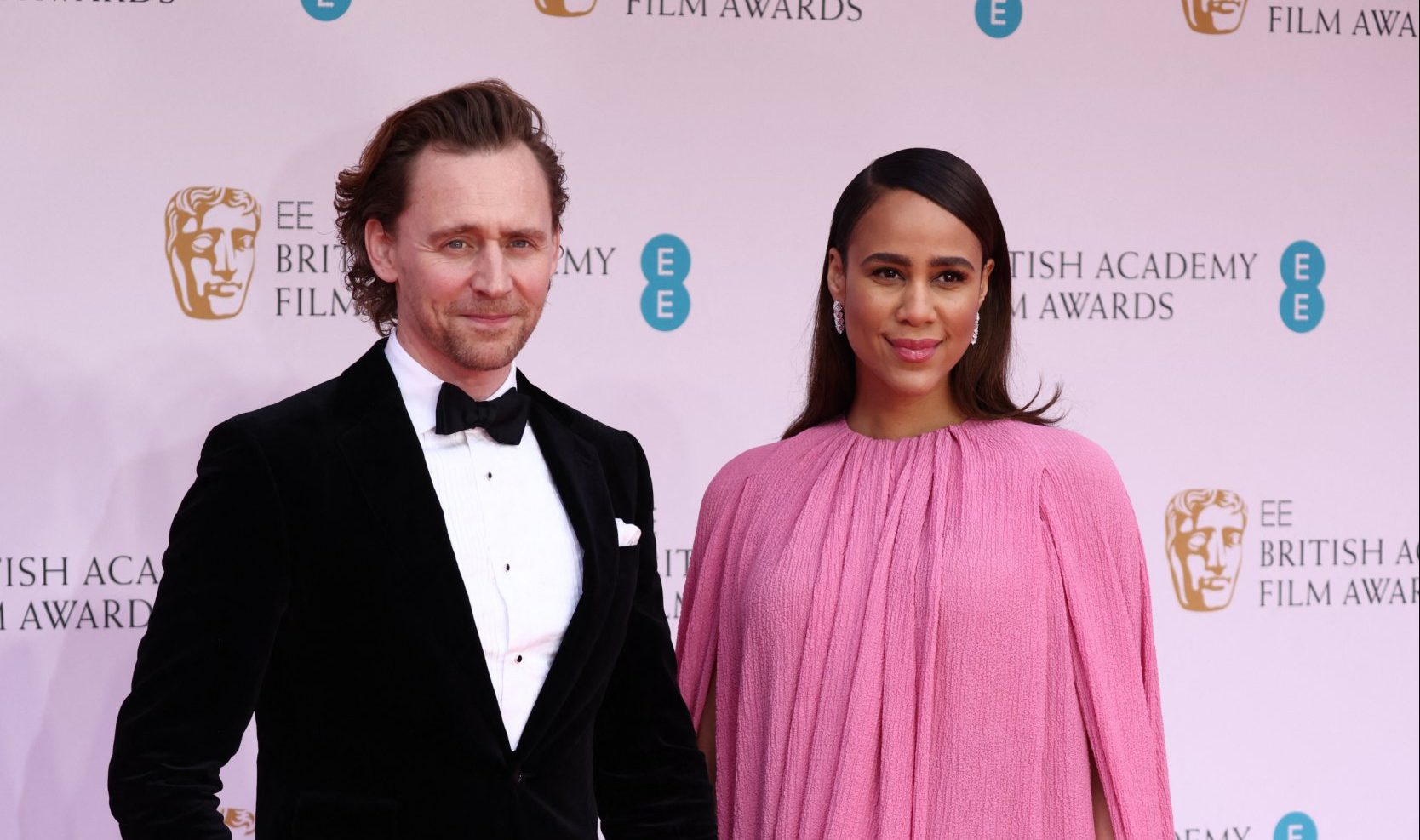 Tom Hiddleston has confirmed his engagement to Zawe Ashton after the actress was seen with a ring on her left hand.

Rumours of an engagement between the pair started in March at the Bafta Awards, where they were reportedly congratulated by industry pals.

Zawe’s diamond ring was also visible in a photo shared by AJ Odudu, but neither she nor Tom had confirmed or denied the news until now.

The Essex Serpent star, 41, was asked by the LA Times whether he had popped the question to Zawe, 37, and simply told them: ‘I’m very happy’.

Tom and Zawe’s romance blossomed while starring in the play Betrayal in 2019 but have kept their romance largely under the radar.

Their relationship was confirmed after the pair were seen indulging in PDA on holiday in Ibiza in September last year before they made their red carpet debut at the Tony Awards in New York.

Tom and Zawe are also reported to have moved in together last year and are said to be living together in Atlanta, Georgia.

Sources told The Sun at the time: ‘Tom and Zawe have stayed quiet about their relationship but she has spent the last few weeks with him in the US.

‘They are very well suited and enjoy the quieter side of life away from the glitz and glamour of the showbiz world.’

The Loki actor is said to have wanted to keep this relationship more under the radar after his highly-publicised romance with Taylor Swift in 2016.

He told the New York Times after their short-lived relationship ended: ‘Yes, I’m protective about my internal world now in probably a different way.

‘That’s because I didn’t realise it needed protecting before.’