Room for improvement! Prince William and Duchess Kate learned not everyone was a fan of their Bingo hosting skills after they received some criticism from a disappointed player.

William and Kate, both 38, visited the Shire Hall Care Home in Cardiff, Wales, on Wednesday, August 5, where they had an honest conversation with resident Joan Drew-Smith. 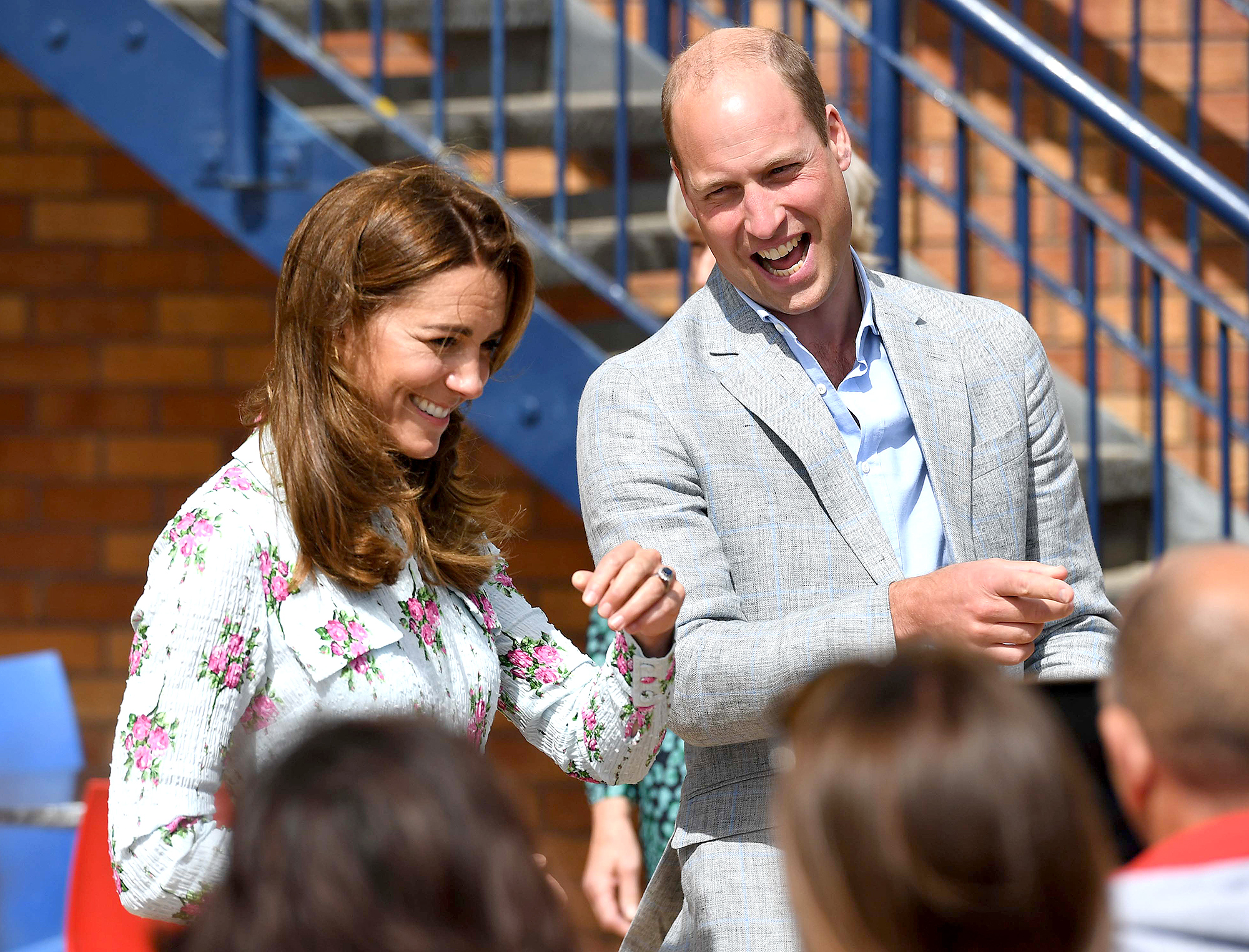 The 87-year-old made headlines in May when she told the royal couple that their bingo calling “wasn’t as good as it should have been” after they hosted a virtual game for the care home.

“Hello Joan, do you remember we did the bingo with you? You said we weren’t very good,” William told Drew-Smith, per the Daily Mail. She replied, “Yes. You did a bloody s–tty job.”

“Excellent,” William responded as both he and Kate burst into laughter. He added, “Was it that bad? Was it the worst job you’d ever seen?”

The resident admitted that she still had “more to see” before she could make that judgment.

Drew-Smith also asked if Kate was William’s “assistant,” which made the Duchess of Cambridge chuckle. “Well I am your assistant, I have been for a long time,” she said to her husband.

William told the staff at the nursing home that he admired Drew-Smith for speaking her mind.

“I love Joan, she’s brilliant,” the Duke of Cambridge said, according to the Daily Mail. “If only everyone was as honest as her.”

Although William and Kate are making the rounds for their public engagements, the pair are still making time for their family. Us Weekly confirmed on Saturday, August 1, that the duo recently took their children, Prince George, 7, Princess Charlotte, 5, and Prince Louis, 2, on a summer getaway.

“William and Kate took George, Charlotte and Louis to the Isles of Scilly,” an insider shared. “It was a low-key, last-minute getaway and the family didn’t stand out from the crowd. They visited Tresco Abbey Gardens, rode their bikes, took a boat trip and went to the beach.”

The location holds a special significance for William, who visited the archipelago off England’s Cornish coast as a child with his brother, Prince Harry, and their parents, Prince Charles and Princess Diana.

“He’d already told George, Charlotte and Louis so many fun stories about the times he’d spent there with Charles, Diana and Harry during his childhood, and wanted them to experience it for themselves,” the source said. “Being in Tresco brought back so many fond memories.”