The Tulsa Massacre, Memorialized in Song 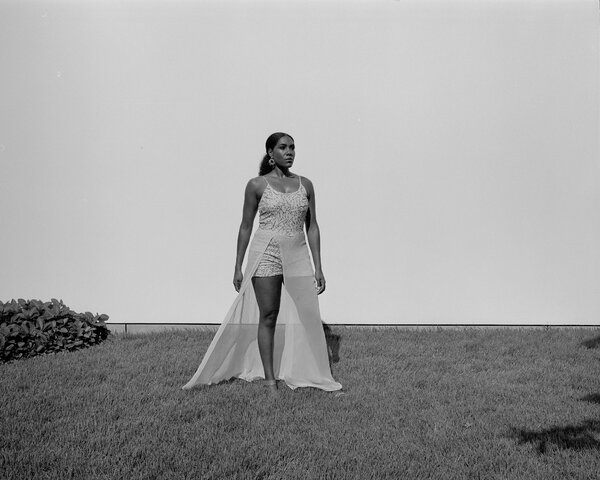 Adolphus Hailstork has bridged vintage classical traditions and multiple genres of American music for half a century. In 2019, the conductor Thomas Wilkins said of the composer’s work: “It’s quite tonal, but it’s not without chromaticism. And some of the time, because he’s sort of hinting at a blues lick or a jazz gesture, we find notes that are bent or twisted.”

The Harlem Chamber Players ensemble has been among Hailstork’s most committed advocates in recent years. And its latest concert — taped and set to stream at 7 p.m. Eastern time on Saturday at thegreenespace.org — brings the premiere of a new piece from the composer: “Tulsa 1921 (Pity These Ashes, Pity This Dust).”

The mezzo-soprano J’Nai Bridges stars in the work, which commemorates the Tulsa Race Massacre. And the concert may also whet appetites in advance of a New York Philharmonic program planned for the upcoming season. When the orchestra comes to Carnegie Hall in January, it will play the composer’s “An American Port of Call.”
SETH COLTER WALLS

Dreams of a Clown

Now, for the American Dance Festival, Dendy and Donovan are presenting their debut film, “tHe aGe oF aNXieTy,” which responds to the anguish and insanity of the past year. The 40-minute work features a cast of 16 dancing exuberantly among New York City landmarks and follows the character Monsieur le Clown as he dreams of post-pandemic and post-Trump freedom. The film vividly depicts personal and collective despair but finds pockets of optimism as it celebrates the spirit and tenacity of the city and its inhabitants.

The film streams from 9 a.m. Eastern time on Sunday until 11 p.m. on June 26. Tickets are $15 and can be purchased at americandancefestival.org.
BRIAN SCHAEFER

Sounds of Hope and Unity

The makers of “All One Tribe” are promoting harmony — in every sense of the word.

Featuring 24 artists and bands, this album from Aya World Productions affirms all families’ common humanity while also emphasizing the particular achievements and goals of people of color. One of those objectives — to recognize Black voices in children’s music — gave rise to 1 Tribe Collective, the consortium that produced the project and will celebrate its release on Saturday.

At 2 p.m. Eastern time, the musicians Aaron Nigel Smith and Shawana Kemp (a.k.a. Shine) will host a free virtual concert that also honors Juneteenth, the holiday commemorating slavery’s end in America. The event, which will stream on 1 Tribe Collective’s YouTube channel (where it will remain afterward) and the YouTube and Facebook pages of the album’s distributor, Tuff Gong International, will comprise music videos, artist interviews and live performances.

Those appearing include Jessica DeShong, singing “Black People Who Change the World,” and Ms. Janis, whose poignant “Say Their Names” is an album highlight.
LAUREL GRAEBER

Bring On the Requests

When it came to keeping yourself safe from coronavirus, singing — or enjoying live music and its aerosols — had been strictly contraindicated. But with vaccinations on the rise and case loads declining, karaoke rooms and piano bars have begun a slow reopening.

Put down the knitting, the book and the broom as cabaret has come back, too. Feinstein’s/54 Below, the supper club and Broadway hangout in the depths of Studio 54, has unlocked its red door to a vaccinated, limited-capacity audience. Guests will notice some fresh décor, like plexiglass partitions between tables. As concerns the supper part, there’s a new menu from the club’s consulting chef, Harold Dieterle.

Opening weekend highlights include George Salazar, the star of “Be More Chill,” and the composer Joe Iconis doing their “Two Player Game!” act on Thursday, Friday and Sunday at 7 p.m. (with more performances in the coming week starting on Tuesday), and Larry Owens (“A Strange Loop”) offering a Sondheim tribute on Saturday at 9:45 p.m.
ALEXIS SOLOSKI

Freestyling Is Her Forte

With her bruising, bawdy and boastful rhymes, Young M.A, a Brooklyn native, is a New York M.C. in the grand tradition. And as one of just a handful of openly queer women to prosper in rap’s mainstream, she’s also something of a trailblazer. Following the success in 2016 of her breakout hit “OOOUUU” — a woozy, liquor-soaked ode to stealing guys’ girlfriends — M.A has released a steady beat of rock-hard and technically tight songs, including “Hello Baby,” a recent collaboration with her fellow Brooklynite Fivio Foreign. Arguably even more compelling than her records are her freestyles — a good reason to seek out her live shows.

On Friday at 9 p.m. Eastern time, Young M.A will represent the Big Apple in Los Angeles, where she’s set to perform a livestreamed concert from the stage of the Wiltern, as part of the club’s ongoing series that also includes the rapper Freddie Gibbs and the Australian R&B group Chase Atlantic. Tickets start at $15 and are available at youngma.veeps.com.
OLIVIA HORN