Arnold Schwarzenegger loves to talk about the “Terminator” franchise, but when it comes to the next installment, “Terminator: Dark Fate” (opening in November), he’s keeping quiet for now. The hope is the suspense will lead to a better outcome than the previous movie’s.

“I think the studio has learned from the last time that they gave too much away of the story, so they want to keep it more under wraps this time around,”Schwarzenegger told Business Insider while promoting the announcement that he would be the star of an animated series, “Stan Lee’s Superhero Kindergarten.”

2015’s “Terminator Genisys” was a big black eye for the franchise. It’s the only “Terminator” movie not to gross $100 million domestically since the original in 1984 (and if you count inflation, even that movie made over $100 million). But “Genisys” grossedover $350 million internationally, so Paramount figures with a few tweaks it can have another hit in the franchise. 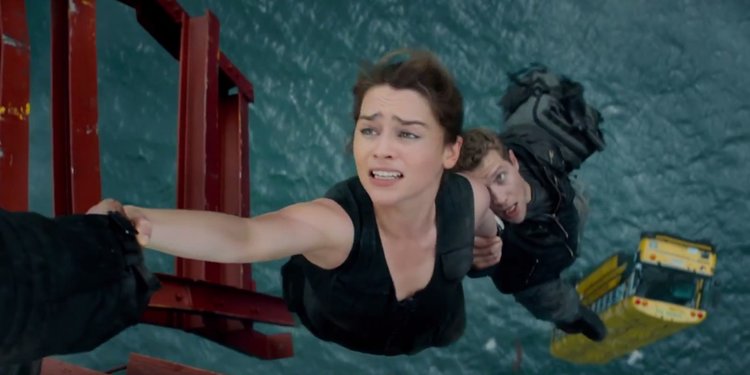 “Terminator Genisys.”Paramount PicturesSchwarzenegger staying mum on “Dark Fate” mirrors the trailer that was recently released (and that has been viewed over 16 million times). It doesn’t have many details outside Mackenzie Davis playing a cyborg who thinks she’s human, Linda Hamilton returning to the franchise as Sarah Connor (she most recently played the role in 1991’s “Terminator 2: Judgment Day”), and Schwarzenegger as the Terminator hanging out in a log cabin.

What we do know for sure is all the movies since “Judgment Day” no longer count. “Dark Fate,” directed by Tim Miller (“Deadpool”), picks up the franchise story 27 years after the events of “T2.”

Read more: Arnold Schwarzenegger said he did not take a salary on “Twins” so he could prove to Hollywood he could do comedy

“What I will say is I play a great T-800 again and it was fun to have Linda Hamilton back,” Schwarzenegger said. “The new team was willing to do the work in preparing. They worked their asses off in the gym, I helped them with their training, a lot of them. I was happy the trailer that came out had a huge impact and people responded positively.”

And the ace up the sleeve of “Dark Fate” is James Cameron, who created the iconic franchise and directed the first two movies. This is the first time he’s had a producer credit on a “Terminator” movie since the sequel.

“Cameron was a fanatic about this,” Schwarzenegger said. “He wanted to make sure we were bringing it in the right direction. He’s a control freak.”