There are times when dance companies experience seismic shifts, and for the Paul Taylor Dance Company, that time is now.

Shortly before Mr. Taylor died in August, he named a successor — the dancer Michael Novak. And now six veteran leading dancers have decided that it’s time to retire. First up is Michael Trusnovec, the company’s longtime star, whose last performance will be during the OSL Bach Festival at the Manhattan School of Music (June 7-June 23). Following him will be Michelle Fleet, Laura Halzack, Parisa Khobdeh, Sean Mahoney and Jamie Rae Walker.

They have been the face of the company for years — or, rather, the faces. Mr. Taylor picked his dancers for their individuality, both in looks and in spirit.

While Mr. Trusnovec, a chameleon, can take possession of a role in many ways — from portraying a cold villain to a strapping hero or a sensitive poet — Ms. Fleet, strong and musically sensitive, dances as if movement is melting off her body. Ms. Halzack, born elegant, has a dark side and can show it — she’s a wonderful actress.

Ms. Khobdeh, a firecracker, takes every role to the limit — in a great way — and Mr. Mahoney, powerfully built, has an understated quality to his dancing. Ms. Walker, small and blond, is a fleet-footed ingénue.

They’re leaving for different reasons — starting a family or closing the door on tour life — but Mr. Taylor’s death probably helped them make the decision, too. “This has been a solid crew for quite a big amount of time,” Ms. Khobdeh said. “We’ve been so lucky to grow together as artists.”

All dancers move on eventually, but their absence will be a jolt to the company. They agree, though, about the caliber of the new company members: Mr. Novak hired two men just after Mr. Taylor’s death and three women in May. “I feel like the future is bright,” Ms. Halzack said. “Obviously, there’s a lot of work to do, but that’s normal. It’s a process.”

Mr. Novak wanted there to be as much crossover as possible among the new and departing dancers. The younger dancers have much to learn from the veterans, he said, “not just verbally, but by being in their presence in terms of integrity, efficiency and their passion for Paul’s work.”

The departing dancers spoke about their reasons for leaving now, their hopes for the future and what it’s like to dance without Mr. Taylor. 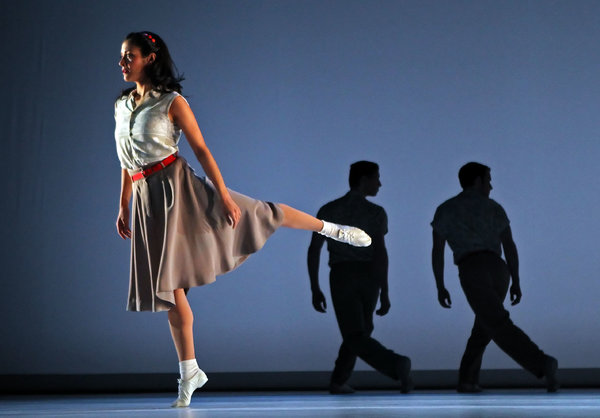 Ms. Khobdeh, 38, said that when she was told the news of his death, “I felt like this thing that I was looking forward to — getting into the studio with him — would never, ever be there again. I was here because of him. I came to New York, I changed the course of my life. He challenged my voice. This has been a playground to explore.”

At the moment, Ms. Khobdeh is dealing with an injury, and since she can’t dance, she is working with newer company members. “The beauty of the Taylor company is it’s a circle that just keeps growing,” she said. “It’s not this revolving door. It’s a place where we have been able to mature.”

And that is the core of what a Taylor dancer is all about: It’s the authenticity of being an individual onstage. “When I danced for Paul, there was something about him being in the front of the room,” she said. “About dancing for the dance master, for the man who made it all: You felt out-of-body. You felt superhuman. His presence alone levitated the entire experience.”

Ms. Fleet wants to end her Taylor career on her own terms. “I’d rather make the decision than have it made for me,” she said. “It’s just that time for us, as individuals, to move forward. Not that we’ll be forever gone: It’s in our blood. Once you’re a Taylor dancer, you’re always a Taylor dancer.”

At 41, she has been with the organization for 20 years — three with Taylor 2, and 17 with the main company — and she said it’s time to get off the road. “Touring is a major part of the lifestyle here, and wanting to start a family is really difficult,” she said. “I’ve been thinking about retiring for some time — having the relationship I have with my boyfriend and looking at the future, it’s been in the air.”

She stayed with the company while Mr. Taylor was alive, even as she managed a side gig. Well, two. She raises alpacas with her mother — they have a ranch on the West Coast, where Ms. Fleet hopes to build a performance space one day — and she runs Suri & Caya, a fiber arts company featuring alpaca products.

Most dancers have dogs, but not Ms. Fleet. “We have 24 alpacas,” she said, laughing. “People are like, you have a what? But they are the sweetest things.”

Ms. Halzack, 37, also wants to start a family and said it’s time for her to leave the company. “It’s the right decision for me,” she said. “But it’s still going to be emotional that last day.”

And it’s been an emotional year of transition. “I was worried that once I gave my notice that it would distract me, and I’ve found it to be quite the opposite,” she said. “I’m relishing every moment onstage: It’s an odd sense of being grounded and in the moment. I surprised myself.”

She said she hoped to stay involved with the Taylor school — and even to try to teach a regular class in another part of town. (The school is close to the East River on Grand Street.) “Our school is in a tough spot,” she said. “It’s kind of a march down here.”

Was she reluctant to leave the company while Mr. Taylor was still alive? “It would have been hard to tell him, but I would have,” she said. “Selfishly, I wasn’t quite ready to step into my next life. Now, I feel in my heart, it is the right time, and perhaps part of it was easier to let go in a way. He let go of all of us first. Sadly.”

Mr. Mahoney, 44, and his wife adopted the babies. “We got the call in January, and that’s when I decided O.K.: It’s family time,” he said. “I couldn’t be happier and more tired.”

He will take care of the twins — his wife works for Warner Bros. — and then plans to study massage therapy and move into an acupuncture practice. “There are too many times when we’re on tour,” he said, “and someone gets injured or we just need some kind of physical therapy, and the people in the area have no idea what a dancer’s body requires.”

Mr. Mahoney is most drawn to Mr. Taylor’s early works, when the dancing was raw and unhinged. During the later part of Mr. Taylor’s career, Mr. Mahoney tried to bring those qualities into the studio. “I felt like that’s why I needed to be here: to help read his mind,” Mr. Mahoney said. “It felt like a wonderful way to come full circle: I met him at 17, and now he’s choreographing from a chair and relying on my body to physicalize his brain.”

For some time before Mr. Taylor died, Michael Trusnovec, 44, had been considering wrapping up the dancing part of his life. He said the last time the studio felt electric was probably during the creation of “Beloved Renegade,” a 2008 work. A lot of dances that followed “didn’t seem as inspired,” he said. “They felt very thrown together — maybe not as developed — and that makes sense. He was getting older. That’s not saying that there weren’t moments of ‘I love being here with him and doing this,’ but they were definitely a little bit more rare.”

Last summer, he told Mr. Taylor that he was thinking of leaving in December; in retrospect, that felt hasty, especially after he saw the lineup of dances that were part of the Bach festival. “And I saw that the last dance was ‘Cascade,’ which was the first dance I was ever in that he made.”

That made the decision to stay on a bit longer easy. Mr. Trusnovec, one of the most lauded Taylor dancers, also serves as associate rehearsal director — a role that will end on June 23 — and as director of worldwide licensing, a new position. But it’s hard to tell how long he will remain. “As of right now, the picture is me continuing on doing the licensing,” he said, “but I never know what’s going to come up post dancing.”

And he needs new challenges: “I’m always looking to dig just a little deeper and get something else and be pushed in a way that I can fail. I want to fail again.”

As a dancer with Miami City Ballet, Ms. Walker had performed several Taylor works. She knew she loved his repertory, but she didn’t realize how much until, one season, “there weren’t any on the list and my heart was broken,” she said. “I thought, it’s now or never.”

Imagine giving up a salaried position — in the dance world — to move to a new city. She more than managed: Mr. Taylor, who made sure she had a scholarship to his school, was always encouraging, and she worked with Twyla Tharp, who was creating the Broadway show “Movin’ Out.” But her dream was to dance for Mr. Taylor. “He did always say to me, ‘I’m so glad you left that ballet company for me,’ ” she said. “He would remind me that he remembered.”

Ms. Walker, 42, is leaving the company not because she is tired of dancing but because of personal issues. The last year has been one of loss: Along with Mr. Taylor, both her father and her friend Peter Frame, a dancer and teacher, died. “Life is short and I’m loving this, but I also am feeling the loss of Paul and dancing for him.” 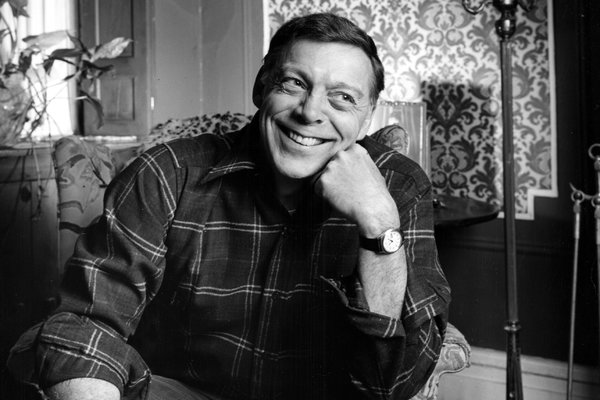 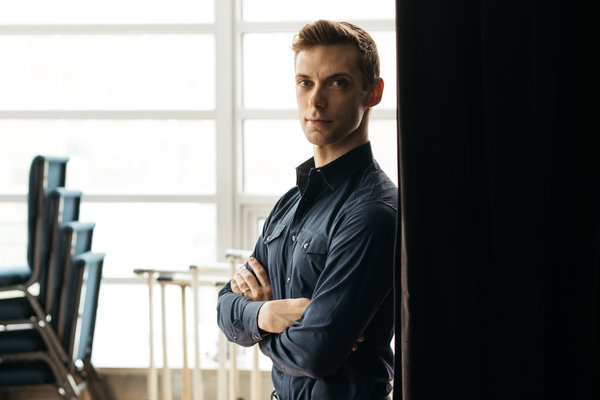 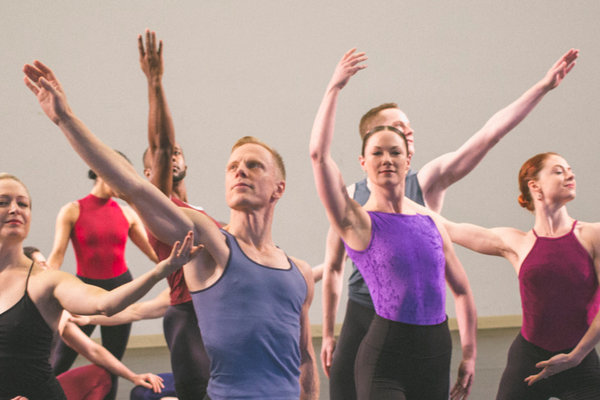