This year at Art Basel Hong Kong, in an unconventional arrangement, eight Italian galleries are sharing space for a joint exhibition. And they are not the only ones teaming up. Two German galleries have combined forces, and one gallery already local to Hong Kong is partnering with an international counterpart to ensure success at a fair that — while happening live — remains burdened by travel restrictions.

The collective booth, aptly named Italians, is being supported in part by the Italian Cultural Institute in Hong Kong and includes works by 20th-century Italian artists, including Giorgio Morandi and Michelangelo Pistoletto, alongside more contemporary works by Paola Pivi and Francesco Vezzoli. 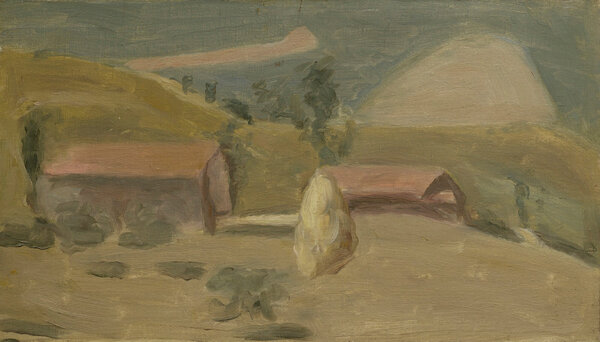 “It is not a historical development,” said Fabio Cavallucci, the art historian who curated the booth, which occupies about 860 square feet. “It’s a way to create an atmosphere of connections and contrasts, and to investigate a specific Italian style you can see in art, design and fashion.”

At art fairs, collaborative booths are unorthodox, as galleries typically vie for attention and sales. This year, though, some of these competitors have opted instead to collaborate, in an unusual experiment driven by pandemic-related restrictions and conditions.

“Being together is a political statement, in a way,” Mr. Cavallucci said. “The pandemic made us discover that we are all on the same ship, that we cannot be independent, that we cannot reach people alone.”

It is also, notably, a practical need: Quarantine requirements for international travelers have made it hard for those who operate galleries outside Hong Kong to attend the fair, and many are opting to participate remotely, with staff members from Art Basel working their booths.

Sharing the organizational burden and costs, rather than trying to set up separate booths remotely, simply made sense for many.

In one case, Rossi & Rossi, a gallery on the ground in Hong Kong, is partnering with the Philippines-based Silverlens, an international counterpart.

“I really respect the way they support artists, so when a few months ago, Art Basel suggested that this year it would be possible to share a booth, which usually doesn’t happen, they were the first ones I thought of,” said Fabio Rossi, director of Rossi & Rossi.

Because Mr. Rossi’s gallery is already there, the employees on site are staffing the booth, which features works by artists including Siah Armajani and Naiza Khan, from Rossi & Rossi, and Nicole Coson and Gary-Ross Pastrana, from Silverlens.

These two galleries are experimenting with a booth presentation that plays with their collaboration: From one angle of the aisle, the work selected by Silverlens is more visible; from another, Rossi & Rossi’s work is more prominent. Mr. Rossi, whose gallery is also participating in the Italians booth, was excited by the atmosphere of sharing.

“I think especially for small and medium galleries, the more we can collaborate, the better it is for everybody’s survival,” he said. “I hope it will lead to more in the future.”

The German galleries Sies + Höke and Meyer Riegger have a joint booth featuring works by the painters Miriam Cahn and Peppi Bottrop. Such cooperation can create the potential for more complexity in the selection of artists and works — a deepening of the curatorial element in the booth process, said Constanze Murfitt, director of Meyer Riegger.

“It’s interesting — their artworks look not very similar, but really how they’re painted, in a very expressive way, and how they paint, almost as a performance, this is where they really have a similar approach,” Ms. Murfitt said. “When you collaborate, you can do interesting presentations beyond having a sale booth,” she said, adding, “You can share everything, all the costs, but it’s also so much more interesting.”

The Italians booth is the culmination of a long-imagined project, spearheaded by Stefano Fossati, director of the Italian Cultural Institute in Hong Kong, an official body of the Italian government that promotes the country’s language and culture abroad. The fair collaboration is intended to kick off a larger initiative dedicated to the consideration of Italian style.

“I don’t remember a time in which an Italian public institution, an official cultural institution, intervened into the system of the art market,” Mr. Cavallucci said. “Of course, it’s due to the situation of the pandemic, but it’s an important step, the starting of a new trend in which the galleries work together with public institutions.”

Such collaboration is likely to continue, especially as the international art world reopens in an environment of travel restrictions and uncertainty.

Sies + Höke and Meyer Riegger are already planning another collaborative booth, for the Armory Show in New York in September. “We are all usually rivals, but the whole community has come together,” said Daniel Müller, director of Sies + Höke. “This year has had an impact on the whole ecosystem.”