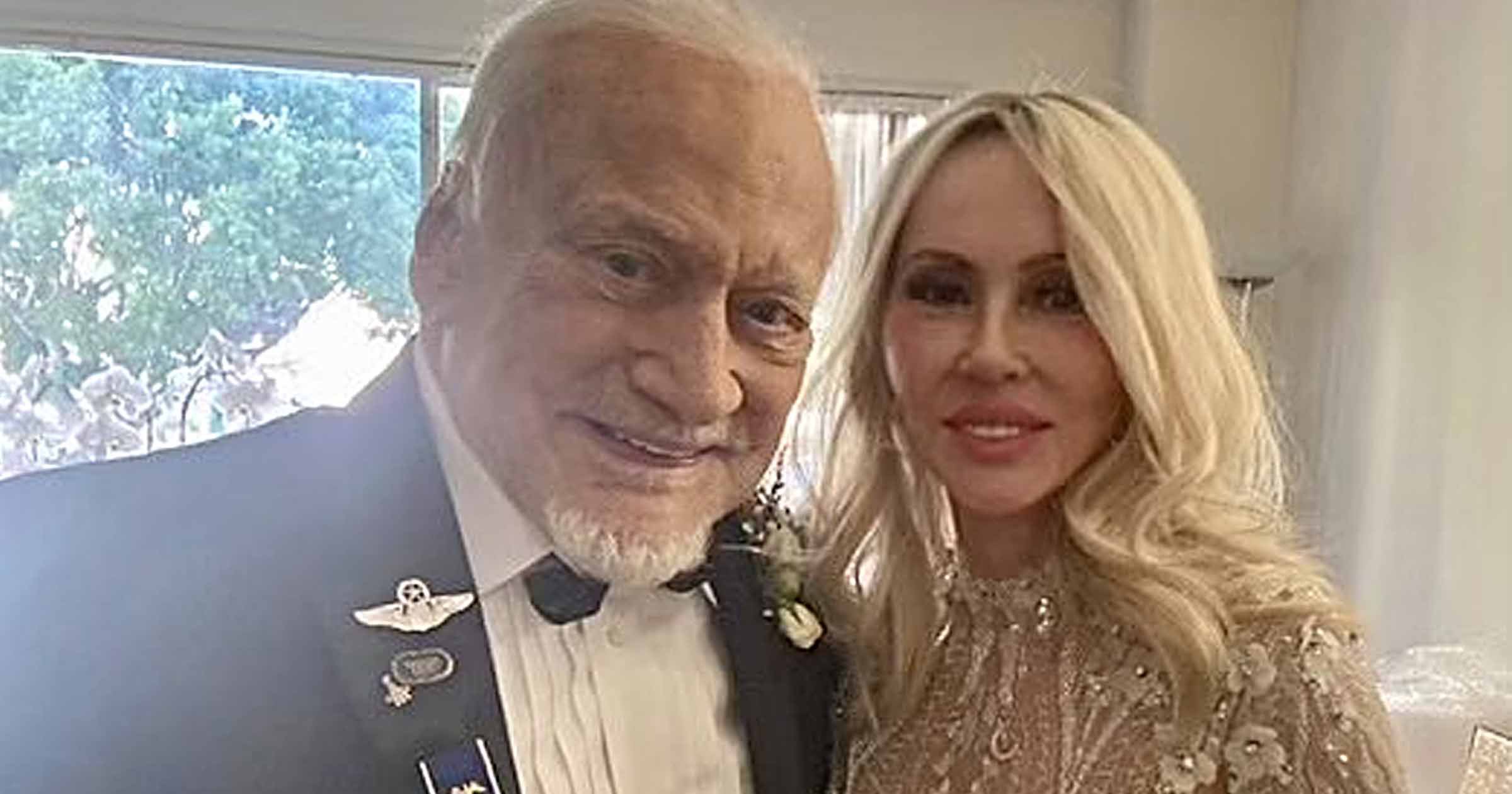 Buzz Aldrin had more than one reason to celebrate on his 93rd birthday, as he also got married to the love of his life.

The 93-year-old American former astronaut is over the moon (pardon the pun) after he wed 63-year-old Anca Faur in a romantic ceremony, surrounded by a small group of loved ones.

One captured the bride and groom inside their venue, with Aldrin wearing a smart suit, decorated with a medal and an Air Force badge.

Keeping it as cool as ever, though, he also wore a pair of silver boots.

Faur looked beautiful in a lace dress and held a bouquet of white and pink flowers.

A second photo caught the happy couple sitting outside on a bench, deep in conversation and looking very loved up.

Aldrin wrote on Twitter to his 1.5million followers: ‘On my 93rd birthday & the day I will also be honored by Living Legends of Aviation I am pleased to announce that my longtime love Dr. Anca Faur & I have tied the knot.

‘We were joined in holy matrimony in a small private ceremony in Los Angeles & are as excited as eloping teenagers’.

They received a wealth of congratulatory messages, many of which were filled with space-related puns.

‘First to the moon and now to a honey moon :). Congrats colonel!’, one read.

‘I’m glad y’all are keeping in each others’ orbit!’, added another.

’Happy birthday, Buzz, and congratulations on your marriage. I’m thrilled for you. As always, you did it in style’, praised on follower.

Another added: ‘WOW! Congratulations Colonel Aldrin! Life begins at 93! All the best.’

Aldrin has been married and divorced three times.

His first marriage was to Joan Ann Archer in 1954 and the couple were together for 20 years before splitting.

The spaceman also has three children – James, Janice and Andrew – with first wife Archer, as well as one grandson, three great-grandsons, and one great-granddaughter.

Aldrin became known worldwide in 1969 when he took part in the Apollo 11 lunar mission to the moon.

He joined fellow astronauts Neil Armstrong and Michael Collins for the trip of a lifetime, and became the second man to ever set foot on the moon – he’s also the last of three alive still today.