If you purchase an independently reviewed product or service through a link on our website, SheKnows may receive an affiliate commission.

Constance Wu’s new memoir, Making a Scene
, is shedding new light on her successful career. While things looked sparkly and glamorous from the outside, the 40-year-old actress was struggling on the inside.

Her book tackles the vulnerable revelation that she is a sexual assault survivor, but it wasn’t a realization that she came to right away — it took years. Her raw and intimate look at a second date with “an aspiring novelist” named Ty discussed how his charming ways confused her when the night took a dark turn. In an excerpt obtained by Vanity Fair, she describes her initial hesitation in going up to his apartment after he revealed he had a gift waiting for her upstairs. “I felt a twinge of warning in my gut, but I ignored it — he didn’t look threatening or shady in any way, and if you had been there, you would have agreed,” Wu wrote.

Their sexual interaction began with a kiss that she initiated as a thank you for the gift. “The kissing escalated to some fooling around” and Wu explained that her body responded to the intimate touching. However, she did not want the physical contact to go any further, but her date continued despite her insistence that she was “not ready to have sex” with him. He continued on, and she did not resist.

“Some people might say that I should have fought back against Ty,” she shared in the memoir. “But if I could go back in time, I wouldn’t change how I reacted that night. Because when I think about the girl I was back then, I understand what she was going through. She wasn’t yet ready to bear the insults and derision that follow when women make scenes.” Wu never went on another date with the man, despite his attempts to continually contact her — and without understanding that their intimacy was not consensual.

Her realization that she was sexual assaulted didn’t hit her until over a decade later as she was on a plane from Singapore, returning from filming Crazy Rich Asians. “I’d just woken up from a nap when the realization hit me like a flood,” she wrote. “Ty raped me. He raped me, and I hadn’t done anything about it.” It took her therapist to help her understand that sexual assault doesn’t always involve violence. Her date wore a condom and her body responded to his body, but she had vocalized several times that she did not want to have sex with him that night — “no” means “no.” Wu’s confusion around her sexual assault shows that is not a linear journey in understanding what happened, and society needs to catch up with its handling of such a sensitive topic. Her road to healing has begun, but Wu is very clear, “I did not consent to sex. Maybe it wasn’t violent, but it was rape. Period.”

If you or someone you know has been sexually assaulted, please contact the National Sexual Assault Hotline at 1-800-656-HOPE (4673) or go to rainn.org. 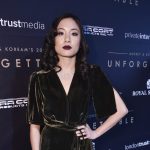 Constance Wu Opened Up About the Immense Toll Social Media Took on Her Mental Health: ‘I Almost Lost My Life’

Before you go, click here to see celebrities who have opened up about surviving sexual assault.