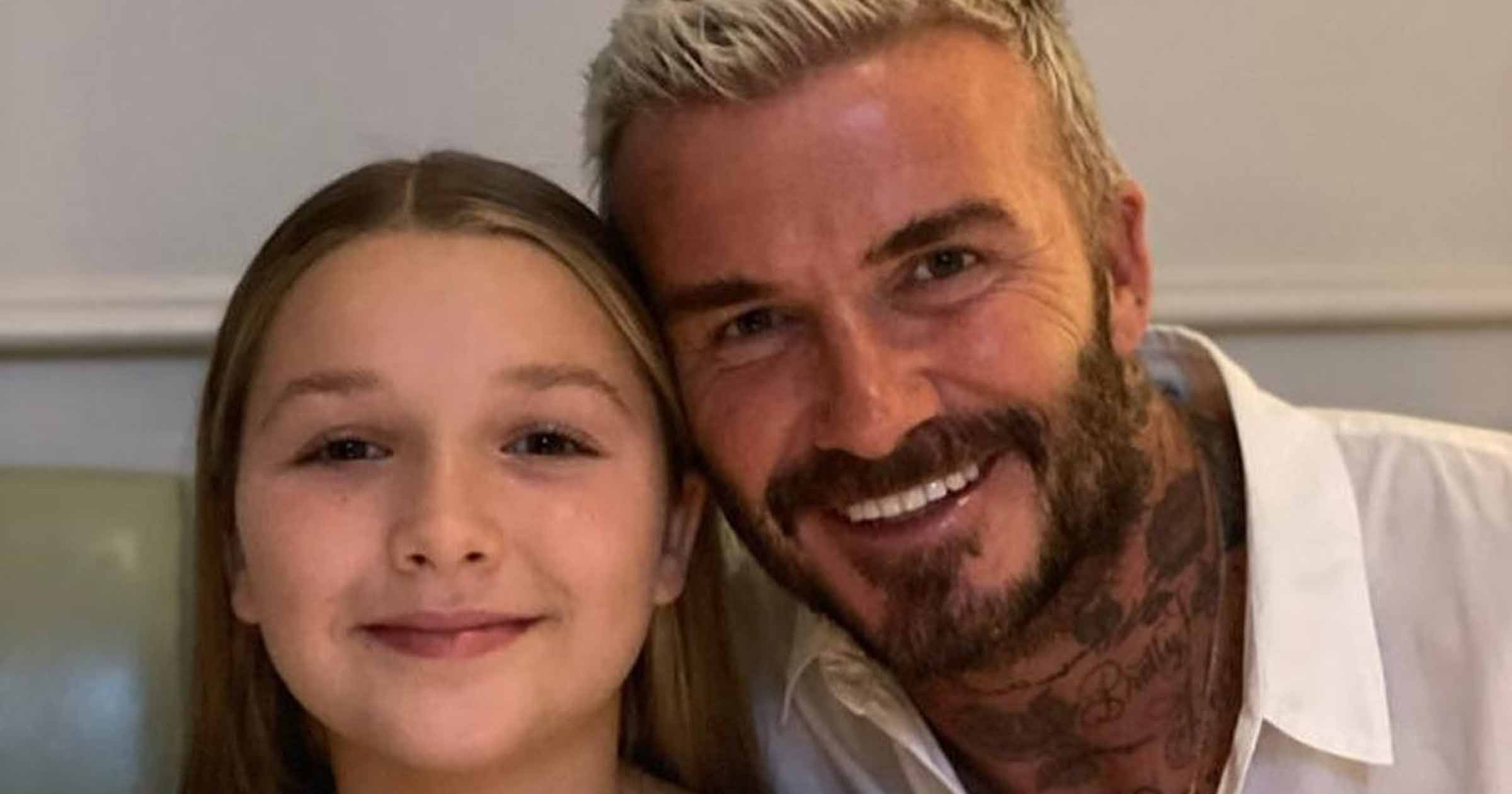 Harper Beckham is growing up and dad David Beckham is not enjoying it.

The 11-year-old is the youngest daughter of the Manchester United footballer and his fashion designer wife, Victoria Beckham.

But, like any parent, accepting the reality that their children won’t be babies forever has been tough, especially as Harper has started making one heartbreaking request.

Speaking on the Armchair Expert podcast with Dax Shephard, Spice Girl Victoria recalled her own childhood, revealing that she and her sister Louise would beg their father, Tony Adams, not to take them to school in his lavish Rolls Royce.

‘We had the Rolls Royce but because he was an electrical wholesaler he also had a van,’ she began.

‘Me and my sister used to say, “Please drop us in the van”.’

VB continued: ‘I think more children at school were being dropped off in a van so when we were in the Rolls, we would be like, “Oh please, drop us down the road”.’

The mum-of-four went on to say that she’s been having similar conversations with her youngest daughter.

‘David was having this conversation the other night,’ she said.

‘He was dropping off Harper who is our youngest daughter. She is 11.

‘She said, “Daddy can you drop me a little bit away from the school”.’

Victoria said the Qatar ambassador was ‘heartbroken’ by Harper’s request: ‘She’s our youngest daughter and already this is happening.

‘[David] asked, “Is it uncool that I am your dad?”, To be honest what hope do the other kids have.’

As for the rest of the Beckham kids, well, eldest son Brooklyn is well past the point of grown up, since he married actress Nicola Peltz, 27, earlier this year.

The budding chef has also been open about having kids of his own, admitting recently that he would’ve started a family ‘yesterday’ with Nicola, whose dad is billionaire tycoon Nelson Peltz.

Meanwhile, middle son Romeo is also loved up and dating Mia Regan, with the 20 year olds recently announcing their reunion following a brief split after three years together.

As for youngest son Cruz, the teen has been in the recording studio.

Cruz has reportedly been working with Sam Ryder’s producer Max Wolfgang in a bid to kickstart his music career, having been inspired by Sam’s Eurovision success.

A source told The Sun that the producer was ‘blown away’ by Cruz’s musical talent and is ‘very excited’ to be involved with him.

So, decades after the Spice Girls last topped the charts, might we have another Beckham firing out the tunes sometime soon?