The choreographer’s “The Philadelphia Matter — 1972/2020” is a video work for a virtual company of more than 30 performers. That’s a lot of Dropbox. 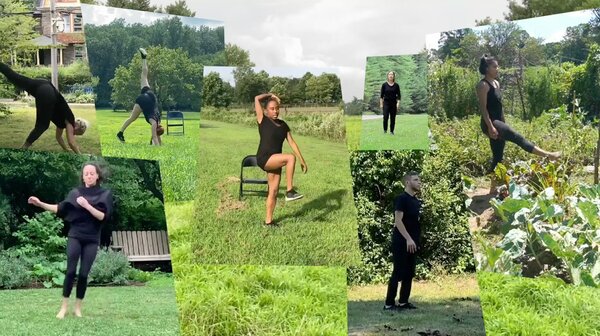 David Gordon knows his way around a rectangle. This choreographer and director has stared at them — and filled the spaces inside of them with his imaginative arrangements of words and movement — for ages. He is, after all, 84.

Now he is faced with another rectangle: the screen. Mr. Gordon, an Obie Award-winning director and founding member of the 1960s collective Judson Dance Theater, may not grasp the ins and outs of TikTok, but it seems as though he’s been preparing for digital dance — one of the few ways to present the art form during the coronavirus pandemic — his entire career. 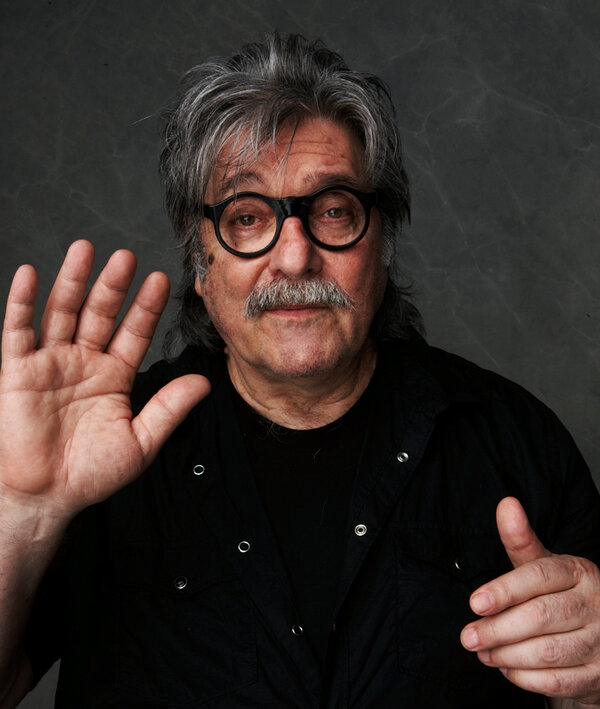 “I don’t go out very much anymore,” he said in a telephone interview. “I sit at my computer a lot, and I make collage. And in the making of collage, I discover how to find particular things and build story lines of my making out of found objects.”

Mr. Gordon’s latest choreographic collage, “The Philadelphia Matter — 1972/2020,” features more than 30 Philadelphia dance artists performing material from three of Mr. Gordon’s works on video. For it, he worked closely with the designer and artist Jorge Cousineau.

Commissioned by Christ Church Neighborhood House and presented with the 2020 Philadelphia Fringe Festival, the video continues Mr. Gordon’s exploration of “The Matter,” first presented in 1972 and most recently reinvented for MoMA in 2018. Streaming will occur on the website of Christ Church from Sept. 10. through Oct. 4. Dancers from MoMA will appear in the new work as well: Wally Cardona, along with the Pick Up Performance Co(s) members Karen Graham and Valda Setterfield, Mr. Gordon’s wife.

The hourlong video is hypnotic, full of history and heart as Mr. Gordon activates archival material from his ever-evolving “The Matter,” including “Song and Dance,” a solo from the 1979 version; “Close Up,” a duet; and “Chair,” which he created for Ms. Setterfield, previously a member of the Merce Cunningham Dance Company, after she suffered an accident in 1974.

Both Mr. Gordon and Ms. Setterfield narrate throughout, giving context for dances by excavating the events of their lives and the world. As usual, everything blurs. “Chair” was created after Ms. Setterfield was hit by a Long Island Railroad train while in a car. They speak a line together: “Valda goes partially through the windshield.”

“Chair” originally used two blue metal folding chairs that Mr. Gordon found in a studio; they belonged to the choreographer Lucinda Childs. The object was not a prop, but a partner. The choreography allowed Ms. Setterfield to regain her strength, balance and confidence.

In “The Philadelphia Matter,” the pair are shown performing side by side in grainy, black-and-white footage: stepping onto a seat and swinging a free leg around the top, or sitting while crossing a leg and folding to the floor. Gradually, like a symphony of bodies, dancers from the Philadelphia group fill in the screen with their own renditions of “Chair.”

As images scroll across the screen, the layering effect is mesmerizing; there is foreground and background as Mr. Gordon’s collage effect makes the image dance in three-dimensional glory. “One of the things I said to Jorge is that it’s important to me that there are not a lot of static moments in which I am looking at or reading something,” Mr. Gordon said. “The reading of something has to come in like movement.”

Mr. Cousineau said the process of creating the video was like “a thousand-piece puzzle game, where you really just go: ‘There’s a piece right here. It looks interesting. I don’t know where it belongs.’”

“And not only is it a piece of many, but it’s also a piece that changes throughout itself,” he added. “So it’s this weird time-based puzzle.”

Mr. Gordon who lives in a loft on Lower Broadway with Ms. Setterfield, spoke about the experience of creating “The Philadelphia Matter” and how, during this time of social isolation, he often thinks about Trisha Brown, another founding choreographer of Judson, who died in 2017. She was who “made me buy this joint,” he said referring to the loft.

Here are edited excerpts from the conversation.

What was it like to watch the dancers’ auditions?

I looked at all of it and began to wonder about how to deal with the differences between how they saw what I did and how I think I did what I did. Merce Cunningham is quoted somewhere as saying he wanted a company that danced the way he danced. I kept doing the same thing. And I began to wonder why I was insisting that they be as limited as I am.

By the time I had Dean Moss, who could walk in and out of triple pirouettes without preparation, I thought, OK, what he can do is very good. And so I began to add to my work the abilities of the people who were there.

How does that relate to the Philadelphia dancers?

Now I had to deal with long-distance communication with total strangers in specific and peculiar spaces. I began to make adjustments to the material that came to be about the people doing it. I realized that we could miraculously build a company of individual soloists in their own living rooms. We could figure out ways to make a group dance.

How do you see your role?

I become the person — not unlike the guy who used to be the choreographer in the studio — who’s looking at the whole piece. Somebody has to be deciding what is the stylistic circumstance that gets followed from each of these events to the other. Because the audience — with their computers or televisions at home — can take their own intermissions, but I am programming: How do we enter this world for an hour that will let us come out the end of it having determined that we have seen the kind of thing I make in the theater?

How do you do that?

I now have a great deal of cable on my TV. I’m watching episodes of everything in the order I want to watch them in. Why don’t I consider making this the possibility of streamed episodes? So it just lasts an hour, but it’s about 20 minutes a thing.

All of these decisions were being made in relation to the fact that if I didn’t say that I was going to do this all, it would be canceled — economically canceled as well as professionally canceled.

Originally this was supposed to be a live performance. Why didn’t you want to cancel it?

So it seemed to me that if I could do something now, that would be a better idea than if I said, “OK, 2022.” And that’s why this is all happening. I have had enormous help from Wally Cardona and from Jorge and my stage manager — people have been dealing with the astonishing amount of stuff that comes in Dropbox world. I get to look at what these people think they’re doing in relation to what they think I did. And it actually is interesting. I’ve been having a very sort of rewarding time during an unrewarding period.