In 23,000 letters addressed to the North Pole, collected through a U.S. Postal Service program, wish lists from children across the nation reflect the strain of this year. 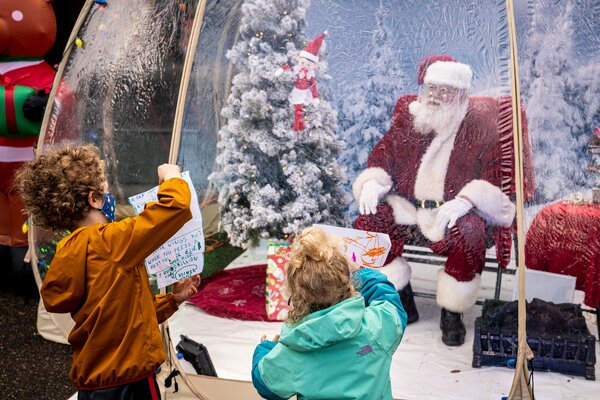 “This year has been rough because of crona,” she wrote. “I was hoping I could get some Lego sets because my mom said she can’t get anything for me for Christmas because she is not getting paid as much.”

Alani’s letter was one of more than 23,000 letters sent to Santa Claus this year through a 108-year-old United States Postal Service program. Wish lists contained holiday staples, like Legos, American Girl dolls and PlayStation consoles, but also requests that showed the strain of this year. Some children asked Santa for a coronavirus vaccine, health for family members and to be able to play with their friends again.

The Postal Service, through its Operation Santa program, makes letters that children address to Santa available to the public. Acting as substitute Santas, people can search an online trove of letters and choose one that resonates with them. They then anonymously send the gifts requested to a child whose stocking may have otherwise been empty.

The generosity of donors this year has been overwhelming, said Kim Frum, a Postal Service spokeswoman. So far, all of the letters that have been posted online have been adopted.

The Postal Service typically sees an increase in letters in times of major stress, like this year, and in 2008, during the financial crisis, Ms. Frum said. 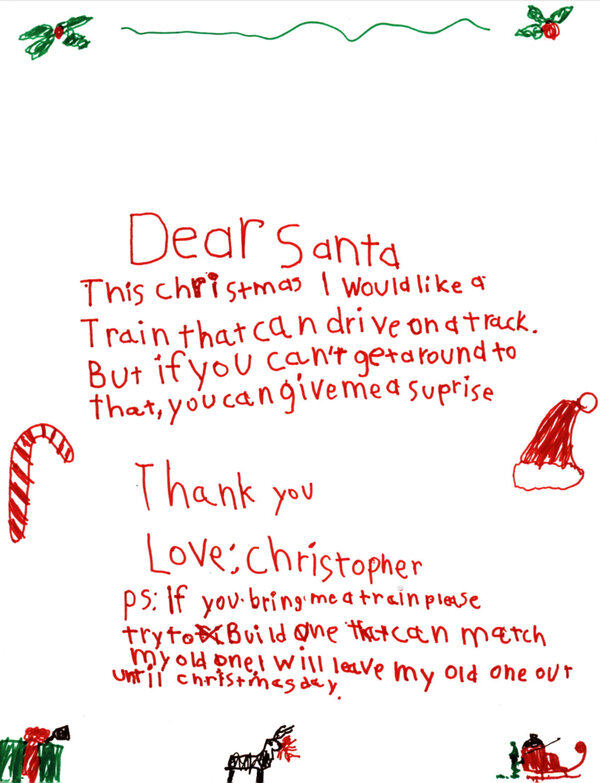 “A lot of the letters I see from year to year, most are your standard, ‘Hey, can I have some toys?’” she said. “There are some differences this year — there are lot of kids saying, ‘Santa, can you find a cure?’ or ‘Santa, my parents lost their jobs.’”

Without birthday parties, music classes and play dates amid the surge in coronavirus cases in the United States, many children have had a lonely winter. A Gallup poll published last week showed that a growing percentage of Americans are practicing strict social distancing, with 50 percent of respondents saying they were completely or mostly isolating themselves from people outside their households, the highest level since May.

And with high unemployment levels and parents struggling to make ends meet, Christmas will not be the same for many children this year.

“Because of Covid-19 this Christmas I won’t get presents because we are struggling with money,” wrote Ashley, 14, from California, who asked for a Sephora gift card and LED lights for her bedroom. “My parents don’t really have work.”

A single mother of four in Illinois, Glenda, wrote that her hours had been reduced because of the pandemic and that she was struggling. “I’m writing this letter in hopes of giving my children somewhat of a normal Christmas this year with your help,” she wrote.

The Postal Service program began in 1912 in response to the flood of letters addressed to Santa that the post office received each Christmas. The postmaster general at the time, Frank Hitchcock, authorized local postmasters to open the letters so that employees could read them and write back. In 1940, members of the public were invited to respond and send gifts, and since then, needy children, and sometimes parents, have jotted down their dreams on pieces of paper and sent them to the North Pole.

Before 2008, adults would get the name and address of the child whose wish list they chose to fulfill and mail the gifts directly to the child. But now, because of security concerns, each child’s name and address are blacked out. Adults send their packages to the post office, which then ships it to children.

Not all letters to Santa this year mentioned the coronavirus or contained wish lists. Some offered confessions, like a letter from Zoey in California (“I have not bin nice to my brother”).

Ellie from California wanted to know whether Santa attended church, while Emerson from Texas wanted to know how she could become an elf for the day. “Please answer,” she wrote.

Andy, a 5-year-old from California, asked Santa for a Nintendo Switch that he would share with his brother, but acknowledged it was pricey and said that it was OK if it did not work out.

“Thank you, Santa!” he wrote, signing off. “I wish Covid was over so we can hug.”