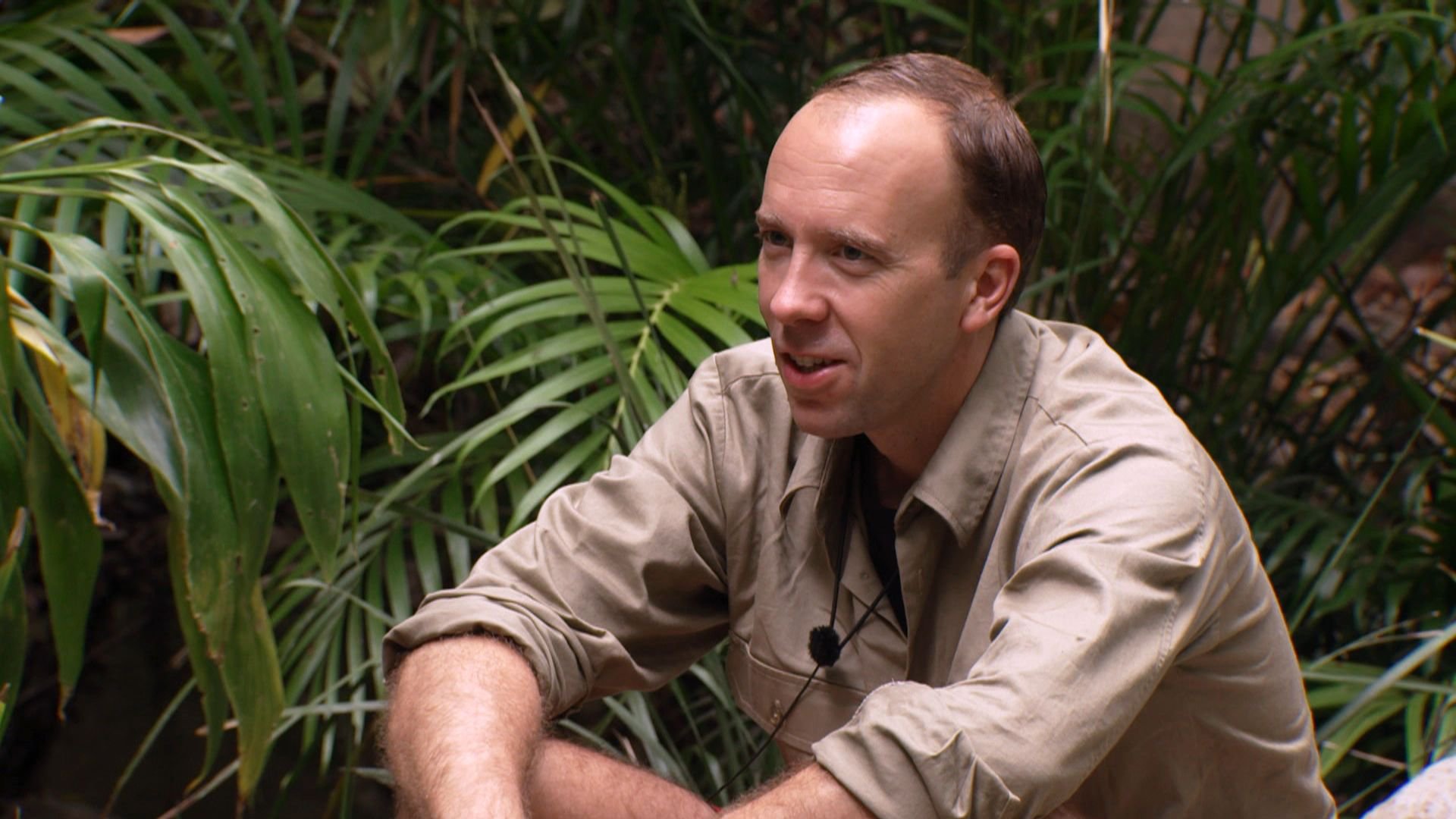 Matt Hancock has recalled the ‘harrowing’ experience of his family nearly losing everything when he was a child while speaking to his campmates on I’m A Celebrity…Get Me Out Of Here.

During a chat about generational differences, Seann Walsh asked the former health secretary, who has escaped elimination thus far: ‘Did you have the bailiffs round yours Matt?’

Hancock responded: ‘When the business nearly went bust we nearly lost everything.

‘You know when you type your postcode into the internet and it brings up your address? My stepdad wrote that software. The business started in 88 and in the early 90s is when it nearly went bust.

Seann responded: ‘Bloody hell, kill the vibe Matt,’ with Hancock saying: ‘Well you said have you ever had the bailiffs round.’

Boy George also recalled his parents’ reaction to him first making it as a musician, saying: ‘I was playing at the Albert Hall and it was kind of a big gig, it was kind of early on and my sister’s best friend’s husband said to my dad, “You must be really proud of him?” My dad goes, ‘Yeah, he does what he does and I do what I do.”‘

Speaking in the Bush Telegraph, Boy George continued: ‘I think that comment was about, “Don’t blow smoke up his a**e because it’s not good for him.”‘

Aleshe said: ‘This generation, all we do is tell our children that we love them.’

He added: ‘I smother my son. We’re soft but that’s a good thing.’

Lioness Jill Scott said: ‘There was a generation of, “Don’t show any weakness.”‘

‘Dad would say, “Don’t answer the door, the bailiffs, or the gas man was coming.”‘

I’m A Celebrity…Get Me Out Of Here continues tomorrow at 9pm on ITV.