HAMBURG, Germany — After the Swiss actor Bruno Ganz died in February, officials in Vienna opened a safe to reveal a tightly guarded secret. Inside was a slip of paper with Mr. Ganz’s signature, and the name of an actor he had chosen. It was the beginning of one of the stranger rituals in European theater.

Mr. Ganz, who is best known internationally for playing an angel in the Wim Wenders film “Wings of Desire” and for portraying Hitler in “Downfall,” was a giant of German-language theater and the most recent holder of the Iffland Ring, a centuries-old piece of jewelry given to the “most worthy” actor who performs in German.

Each ring bearer decides his successor — and it is always a he — and writes it on a slip of paper, which is kept hidden in Vienna until their death.

Mr. Ganz chose Jens Harzer, a 47-year-old actor in the ensemble at Hamburg’s Thalia Theater. He is set to receive the ring in a ceremony at the Burgtheater in Vienna on June 16, and the distinction signals Mr. Harzer’s rise to the top ranks of the European acting world.

But the prize comes burdened with historical baggage: a supposed curse, accusations of sexism and an association with the Nazis. For Mr. Harzer, it has also stirred an acute awareness of his own mortality.

In a recent interview at the Thalia Theater, Mr. Harzer was modest about the significance of the news: “Of course, I am not the most worthy actor of my generation or whatever. Never. What’s that about? Absurd,” he said. 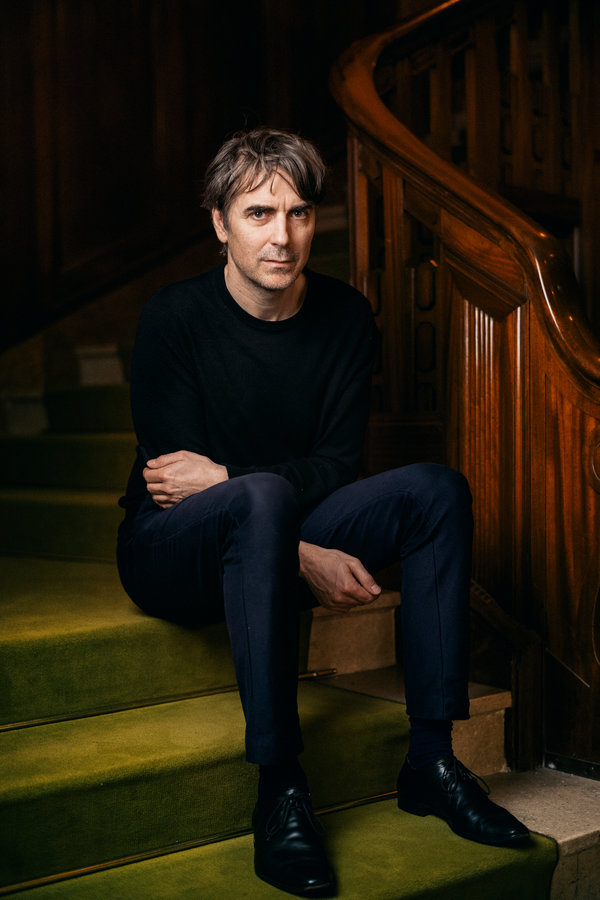 Mr. Harzer has long held the esteem of German theater fans. The spindly, soft-spoken native of Wiesbaden, Germany, is known for his subtle command of language and intense onstage presence.

He spent a large part of his career at the Munich Kammerspiele, and has performed on high-profile stages around the country. But because he has mostly eschewed film and television — except most recently in a supporting role, Dr. Schmidt, in “Babylon Berlin” — he remains largely unknown internationally.

Mr. Harzer said he was an admirer of Mr. Ganz long before the two men met in Munich in 1996, to perform as father and son in a play. One day, Mr. Harzer said, it became clear during rehearsals that Mr. Ganz, a recovering alcoholic, was drunk.

After the irritated director called for a break, Mr. Ganz retreated to his dressing room. To show he wasn’t bothered by Mr. Ganz’s drunkenness, Mr. Harzer implored him to come back, an act of tenderness that cemented a bond between the two men. (Mr. Ganz again quit drinking until his death.)

“The nice thing about this ring is that it’s a subjective choice, by a great actor,” Mr. Harzer said. “That makes this strange ring almost likable.”

Although the Iffland Ring’s origins remain murky, one legend traces it to the writer Johann Wolfgang von Goethe, who supposedly gave it to the German actor and dramatist August Wilhelm Iffland around the start of the 19th century. In its lengthy history, only nine men have apparently been awarded the ring, which bears Iffland’s likeness along with 28 small diamonds.

One recipient, Albert Bassermann, considered the object cursed after three of his anointed successors died before they could receive it. He threw it on one of the men’s caskets as it was about to be cremated, but it was rescued by the director of the Burgtheater, Austria’s premier playhouse.

The Austrian government now oversees the prize. Performers must name their successor within three months of receiving the ring, and the slip of paper with their choice is locked away until their death.

In 1954, the ring passed to Werner Krauss, a German with ties to the Nazi regime. He appeared in “Jud Süss,” a notorious anti-Semitic propaganda film produced at the behest of Joseph Goebbels.

Asked about the ring’s association with Mr. Krauss, Mr. Harzer said, “I don’t care.” The ring’s politics, he added, were “for other people to worry about.”

Since the ring has only ever been given to men, political questions have now turned to gender, and whether it is past time for an actress to be honored.

There has been confusion about whether the ring’s rules allow it to be given to a woman. (A less prominent female equivalent, the Alma Seidler Ring, was started in 1978.) In an email, a spokeswoman for the Austrian Culture Ministry explained that the rules for the Iffland Ring “have no specifications on the man/woman question.”

Esther Slevogt, a founder of the online theater magazine Nachtkritik, said in a phone interview that even if the Iffland Ring is technically open to women, it is predicated on the notion that “only a genius can recognize another genius,” and that “the concept of the ‘genius’ is a very male idea.”

She compared it to a ring worn by a bishop or a cardinal that is kissed by worshipers. “If you know a bit about it,” she said, “you might think it’s a bit stupid, but also funny.”

“Of course a woman should get it,” Mr. Harzer said, adding: “I will be provocative and say it is unimportant whether the name on my paper is a man or a woman.”

Mr. Harzer argued that most accomplished German actresses had expressed little interest in the award. “I swear to you, they will not hang around and think, ‘Hopefully, when Harzer dies, I will get this ring.’”

The product of what he described as a “very middle-class” family “with no interest in literature, no theater,” Mr. Harzer studied acting at the Otto Falckenberg School in Munich. But he said he learned much of his craft as part of Germany’s publicly subsidized ensemble-theater system, which allows theaters to hire actors as salaried employees and use them in multiple plays per season.

Mr. Harzer said he was the “best proof” of the system’s value, arguing that it provides an important public service and fosters talent. “I think it’s absolutely worth defending,” he said. “It’s as important has having a swimming pool or a library.”

He also noted that the Iffland Ring comes with its own macabre associations. “With this ring, you are essentially told, ‘Hey, when are you going to die?’” he said. “My advantage is that in the last few years, I was confronted with death.”

Mr. Harzer said he discovered two years ago that he had a life-threatening illness, which he declined to name. The diagnosis required him to stop working and undergo several serious operations, he said. He has now recovered.

“We as a family, with my two children, have a very difficult time behind us,” he said. “Now I have grappled so much with death, it doesn’t scare me.”