Her Olivier Award was for her signature role as Queenie in “Show Boat,” a part that once earned a Tony nomination. She later lost her voice in surgery and fought to regain it. 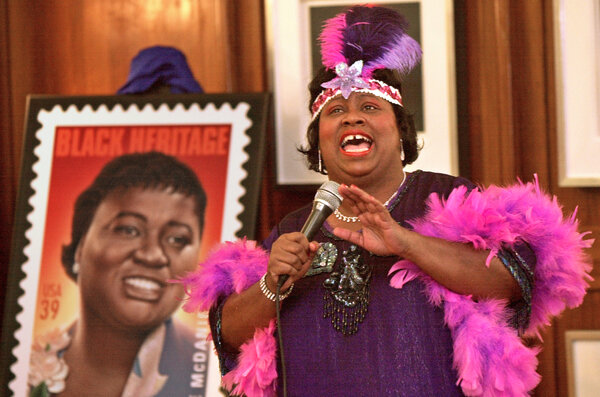 Karla Burns, a singer and actor who in 1991 won a Laurence Olivier Award, Britain’s highest stage honor, for her role as the riverboat cook Queenie in a production of “Show Boat,” and who later fought to regain her soulful voice after losing it in an operation to remove a growth in her throat, died on June 4 in Wichita, Kan. She was 66.

Her sister, Donna Burns-Revels, said the death, in a hospital, was caused by a series of strokes.

A spokeswoman for the Olivier Awards’ sponsoring organization, the Society of London Theater, said it’s believed that Ms. Burns was the first Black performer to win that honor.

Her Olivier, Britain’s equivalent of a Tony, for best supporting performance in a musical, came in 1991 in recognition of her work in a revival of “Show Boat,” co-produced by the Royal Shakespeare Company in the West End. Almost a decade earlier she had earned a Tony nomination for playing Queenie on Broadway.

Ms. Burns’s musical journey began when she was a girl growing up in Wichita in the 1960s. Her father was a blues and gospel pianist, and every Saturday night she danced beside his piano while he played. On bus rides to school she broke out in song. One day a choir teacher told her, “Kiddo, you can really sing.”

After studying music and theater at Wichita State University, Ms. Burns auditioned for the role of Queenie in a regional production of Jerome Kern and Oscar Hammerstein II’s 1927 musical “Show Boat,” about the lives of the performers and crew aboard a floating theater called the Cotton Blossom that travels along the Mississippi River in the segregated South.

Ms. Burns landed the role and was soon taking the stage at the Lyric Theater in Oklahoma City. Then she performed as Queenie in an Ohio dinner theater production, belting out “Can’t Help Lovin’ Dat Man” nightly. In the early 1980s, she headed to New York to audition for the part for a national tour of “Show Boat” presented by the Houston Grand Opera. She competed for the role against hundreds of other women.

She was asked to sing 16 bars of one song, and then the audition ended. After weeks of silence, someone called to apologize for losing her phone number. The part was hers, she was told.

The musical, which starred Donald O’Connor and Lonette McKee, toured the country for months and arrived on Broadway in 1983.

“There is standout work by Karla Burns,” Frank Rich wrote in his review in The New York Times. “Miss Burns has been handed a sizzling, rarely heard song, ‘Hey, Feller,’ that’s been restored to ‘Show Boat’ for this production.”

She was nominated for a Tony Award for her performance and won a Drama Desk Award. She later sang on a “Show Boat” studio album, released in 1988. 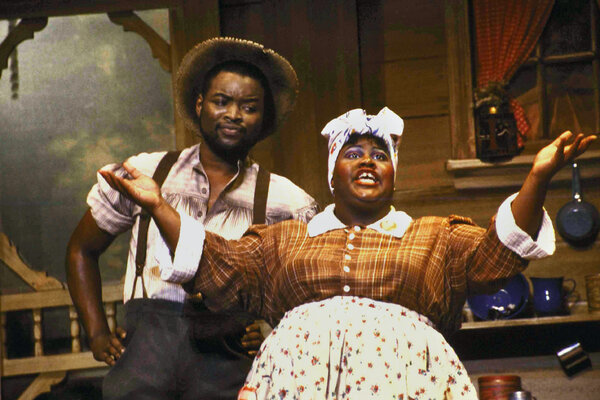 “Karla was proud to play Queenie,” said Rick Bumgardner, a close friend of hers who directed her in productions of “The Wiz” and “Steel Magnolias.” “When she got the opportunity to put a rag on her head, she didn’t feel she was putting people down. She felt she was portraying strong women and reminding our nation of its past.”

In the 1990s, Ms. Burns appeared in “Hi-Hat Hattie,” a touring one-woman musical based on the life of Hattie McDaniel, the first African-American actor to win an Oscar, for her role as Mammy in “Gone With the Wind” (1939). Ms. McDaniel was also a Wichita native and had played Queenie in the 1936 movie version of “Show Boat,” and Ms. Burns had long considered her a kindred spirit.