In an eerie display of cosmic timing, one of Queen Elizabeth‘s coronation maids of honor passed away mere hours before Her Majesty’s Sept. 19 state funeral.

Lady Mary Russell, the youngest of six maids of honor at The Queen’s June 1953 coronation, “died peacefully at home with her family around her” on September 18, according to her obituary in The Times of London. She was 88 years old.

Harper’s Bazaar reported Queen Elizabeth and Lady Mary had been friends for years prior to The Queen taking the throne, as the Lady’s father, the Earl of Haddington, was a childhood friend of Her Majesty’s mother. Lady Mary was just 19 years old at the time of Queen Elizabeth’s summer coronation.

Along with five other women, Lady Mary was charged with holding The Queen’s 21-foot train as it trailed behind her during the ceremony. The 6-yard train was part of a white satin gown, which was embroidered with flowers representing the United Kingdom and the Commonwealth countries. The historic dress was estimated to weigh over 11 pounds due to the intricacy of detailing included by designer Sir Norman Hartnell — the same designer who created Queen Elizabeth’s 1947 wedding gown.

Sir Hartnell also designed the matching gowns Her Majesty’s maids of honor wore to the coronation. The dresses were silver and embroidered with similar detailing to complement The Queen’s gown.

Lady Mary once spoke of the occasion to Tatler, saying, “It was overwhelming and moving — especially during the anointing. It was an incredible moment, but all I could think about was how heavy the embroidery felt. Of all the girls our age in the country, we six girls were chosen to carry the Queen’s train and that meant a great deal.” 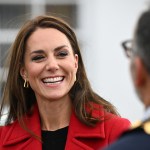 Lady Mary Russell is the second of the six historic maids of honor to pass away. Lady Moyra Campbell passed away in 2020 at 90 years old. Dowager Baroness Glenconner, Lady Jane Lacey, Baroness Willoughby de Eresby, and Lady Rosemary Muir are the four surviving maids of honor, having outlived their beloved queen and her record-breaking reign. 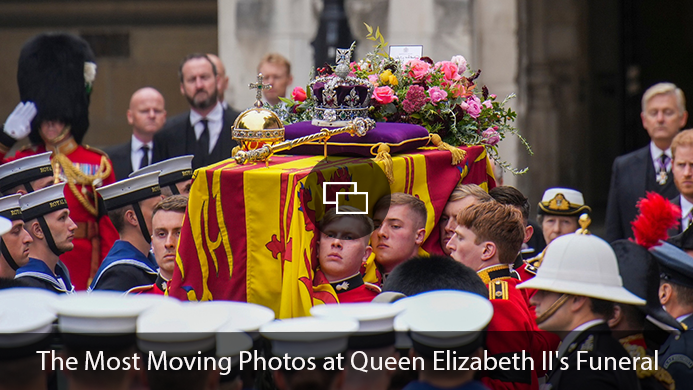