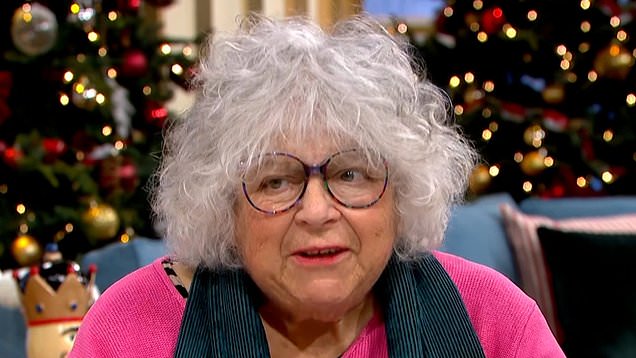 This Morning viewers were horrified after Miriam Margoyles continued to use an offensive ableist slur live on air.

One of the ITV programme’s fans wrote in to ask for advice on dating, as they wanted to find love again, and the Call the Midwife star’s response shocked its audience.

The veteran performer advised Leanne to ‘loose a bit of weight darling’ and told her not to ‘eat too much’ over Christmas.

She also told her to clean herself thoroughly and to ‘wash all the crevices you find difficult to wash.’

At one point, Schofield jumped in to call the advice a bit ‘Dickensian’, but Margoyles carried on using the term.

Fans were shocked on Twitter by Margoyles’ use of the ableist slur, with one writing: ‘I’m astounded at what I just heard from @MMargolyes on #ThisMorning … This lady is known for being controversial, but she just told a woman on air to lose weight, don’t go gay & not to mix with other [ableist slur]. Imagine that was on GB News, Talk TV or another broadcaster…’

‘#ThisMorning using the word [ableist slur]. In this day and age. REALLY!?!?!??’ a This Morning viewer added.

‘Unfortunate use of the word [Abelist slur] before the camera crosses to woman with crutches #ThisMorning,’ an audience member commented.

An account said: ‘If you think you’re too fat for sex lose weight. [Abelist slur]. Wash all your crevices. B***dy hell Miriam. #ThisMorning.’

This Morning airs weekdays at 10am on ITV.