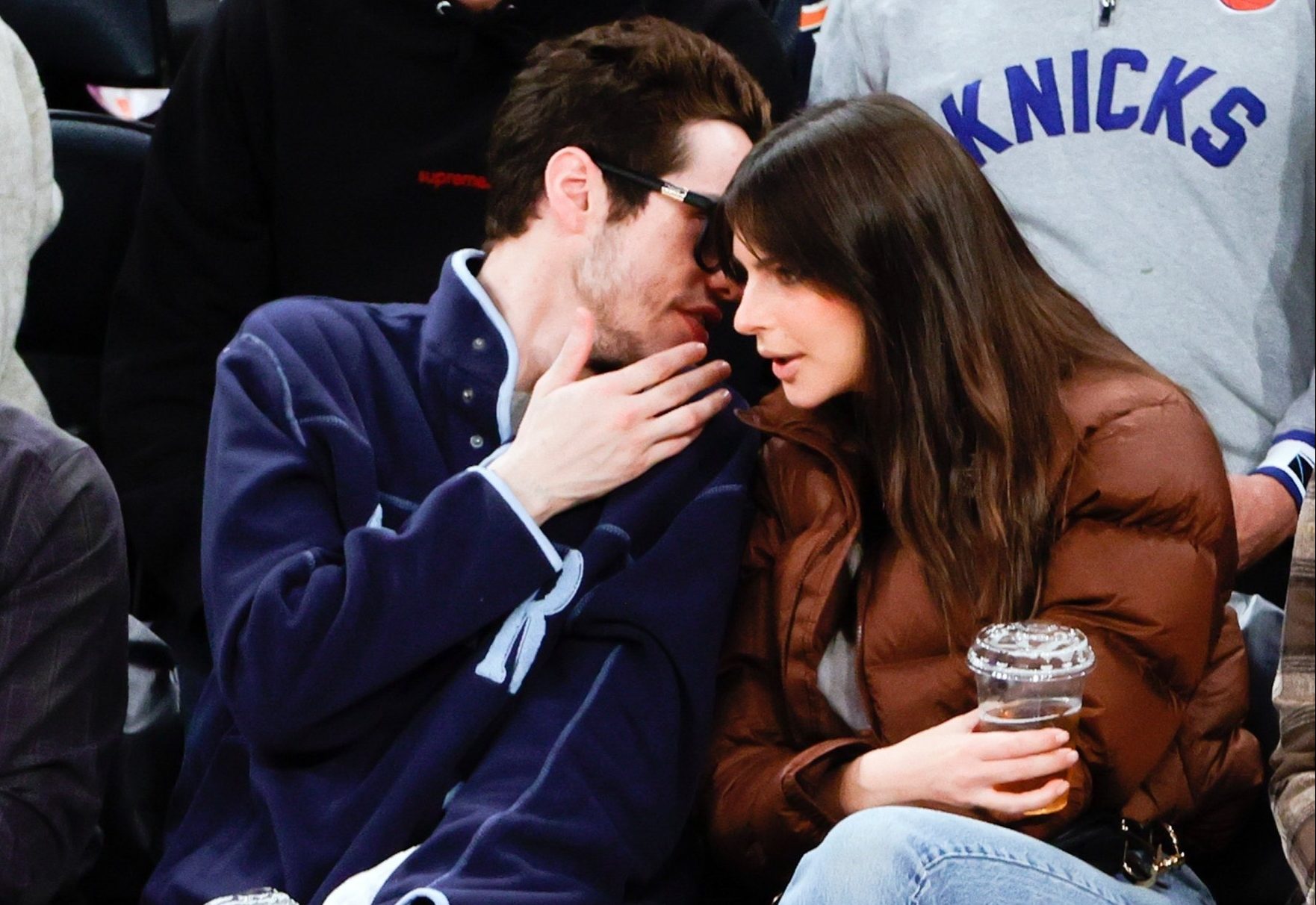 Pete Davidson and Emily Ratajkowski have been spotted cosying up at the recent New York Knicks game, after seemingly confirming their romance.

The pair were all smiles as they sat courtside at Madison Square Garden for the Knicks’ game against the Memphis Grizzlies on Sunday night.

They chatted away, looking deep in conversation as they enjoyed the game, with Pete whispering in Emily’s ear at one point.

The pair, who both held drinks as they watched on, rocked casual outfits, with Pete, 29, in joggers and Emily, 31, in jeans and some eye-catching snake-print boots.

They seemed completely smitten during their first public outing together, and appear to be going from strength to strength.

SNL star Pete and model Emily were first linked earlier this month but things seem to be heating up between them.

Shortly after rumours emerged about them being in the ‘early stages’ of dating, they were spotted out together in New York City, sharing a sweet hug and matching their outfits as they celebrated Pete’s birthday.

‘It’s still very new, but they have been in non-stop communication and she just went out with him to celebrate his birthday and wanted to make him feel special.’

They added: It’s a chill relationship so far. There’s no pressure to make it exclusive, but she really likes him. Pete is charming and winning her over for sure.’

Emily filed for divorce from her husband Sebastian Bear-McClard in September after four years of marriage. The pair share their one-year-old son Sylvester.

Most recently, she was linked to DJ Orazio Rispo, who she was seen getting close with in New York City following the split.

Pete meanwhile, split from Kim Kardashian in August after nine months of dating, with an insider claiming to PageSix that they thought they were better off as friends.

He had previously dated Bridgerton’s Phoebe Dynevor, although the pair called it quits in August 2021.