Pete Davidson might not be as serious about Emily Ratajkowski as sources would have everyone believing. He was just spotted at a New York Rangers game on Thursday night and the woman sitting next to him was definitely not the Gone Girl star, it was Chase Sui Wonders.

We have no idea if this was a date or not as Wonders is his Bodies, Bodies, Bodies co-star — and their castmate Rachel Sennott also tagged along. TMZ reported that the duo “appeared to be having a good time with each other,” but there was no indication that it was anything beyond two pals hanging out. We do know that Davidson loves to bring dates to sporting events because it was just a few weeks ago that the comedian was at the New York Knicks game with Ratajkowski.

Adding more intrigue to the dating situation is the fact that Ratajkowski was spotted hanging out with DJ Orazio Rispo. Hollywood Life sources are reporting that Davidson is “bummed” to see the headlines “because he does like her a lot.” Dating in the public eye isn’t always fun. “Pete understands that Emily just got out of a marriage, and he doesn’t want to smother her,” a second insider added. A friend of Ratajkowski explained that her tumultuous relationship with ex-husband Sebastian Bear-McClard is the exact reason why she’s keeping it casual with everyone.

“She’s not tying herself down to anybody and she has no intention on settling down,” they said. “At the moment, she’s letting herself test the waters and simply enjoy her freedom. Emily hasn’t given Pete, or anybody, any type of indication as to whether she sees something long-term at this point.” So, it’s OK if Davidson also keeps his options open. He may really like Ratajkowski, but she’s not ready for any sort of long-term commitment — it’s about her “journey of self-discovery right now.” 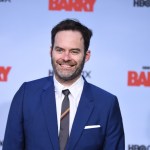