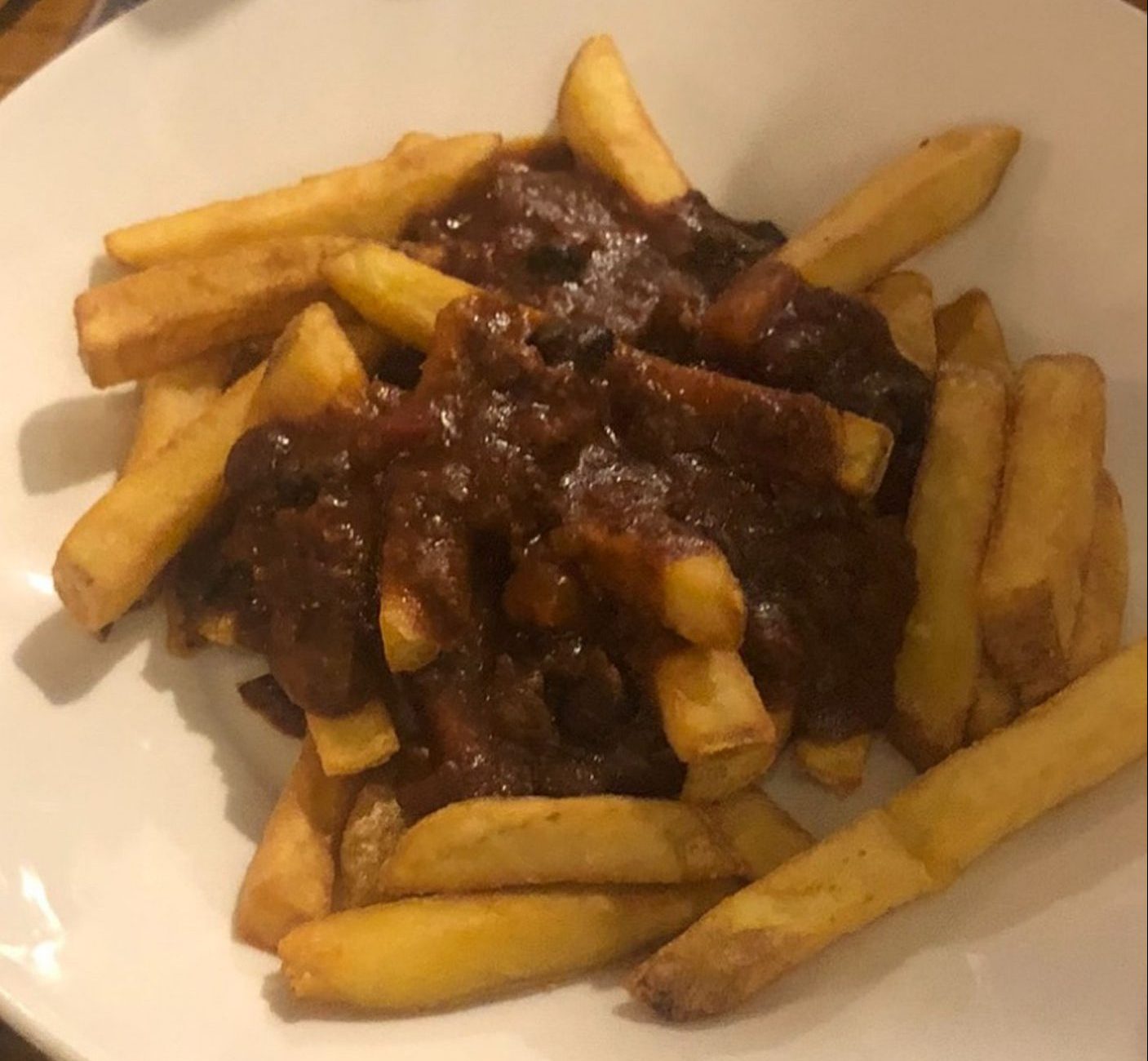 A dad got so angry that a portion of chips came without the advertised sauce that police had to be called.

James Lewin, 22, wanted some Brewer’s Fayre £5.79 chipotle beef chilli-topped chips which should have had cheese sauce, soured cream and spring onions on top.

But when they arrived he was not happy.

He shared pictures of the meal he was served at The Drove in Newhaven, East Sussex, on Monday where he was with his mum, Natasha Sherwood, 40, girlfriend and little sister.

Things didn’t start off well for James who said they were served cocktails with mouldy fruit.

The pub says they told the family some items weren’t available, but James claims this wasn’t the case so he complained.

They were offered a full refund on their £70 order because the chef was ‘too tired’ to make their food again.

Things escalated, the refund offer was withdrawn and police were called.

James said: ‘As you can see on the picture, the only thing that’s on the chips is the chilli. We got two of the chilli chips which were about £6. Both of them were like this.

‘The food came out and there was literally none of it was on the food, like the cheese sauce you pay extra for. It was all in all terrible.’

He added: ‘The argument really was that it had none of the toppings it was meant to have, apart from one. You’re paying for stuff – you expect it all to be there.

‘When we spoke to the management that told us we’re not having a full refund [and] she said the chef was too tired [to remake the food].

‘It was my little sister’s birthday. She wanted to go out for some easy food and we ended up down there.

‘All of the staff [apart from] one started to go into the kitchen, one of the cooks came out and was unbelievably rude.

Brewer’s Fayre said they had no choice but to call the police because the chip complaint had escalated.

A spokesman said: ‘Whilst not ideal, our team worked to offer alternative solutions, which the guests were unhappy with, and the escalating situation resulted in our team calling the police.

‘Whilst we appreciate there may have been disappointment, our teams work hard to provide a great service and abusive behaviour is not tolerated in any circumstances.’