Seventeen years after Sex and the City wrapped up, Sarah Jessica Parker and her co-stars (well, except for Kim Cattrall) are back. While many fans are rejoicing the fact that the iconic series will be following the women in their fifties, there are a few critics who aren’t cutting Parker any slack for having aged over the last two decades. (Which really seems like a ridiculous thought since we all age.)

When the show, with a new title, And Just Like That…, was announced, the ageism criticism slowly made its way around social media. And that’s what Parker calls “misogynist chatter” in her new December 2021 Vogue cover story with writer Naomi Fry. She says it would “never. Happen. About. A. Man” and that’s what makes her photos on the cover of a magazine so refreshing — her gorgeous, silver-gray hair is on display. Now, that doesn’t mean the mother-of-three doesn’t feel the criticism deeply — she does. 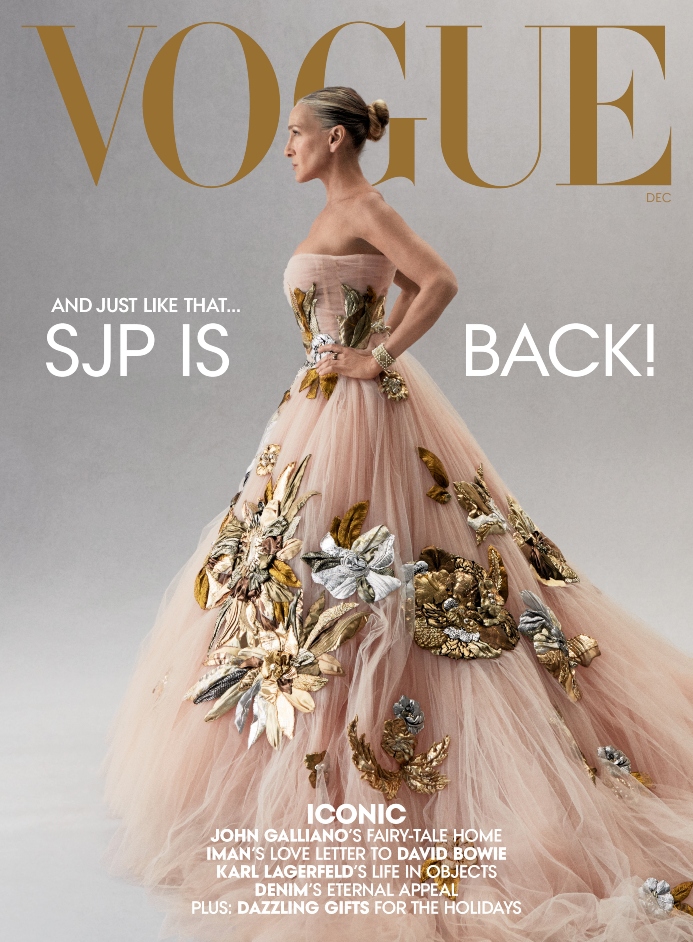 “‘Gray hair gray hair gray hair. Does she have gray hair?’ I don’t know what to tell you, people,” she said. “Especially on social media. Everyone has something to say. ‘She has too many wrinkles, she doesn’t have enough wrinkles.’ It almost feels as if people don’t want us to be perfectly okay with where we are as if they almost enjoy us being pained by who we are today, whether we choose to age naturally and not look perfect, or whether you do something if that makes you feel better.” Parker not only recognizes the double standard in Hollywood, but she’s also pointing out that it exists in society with all of the derogatory social media comments. 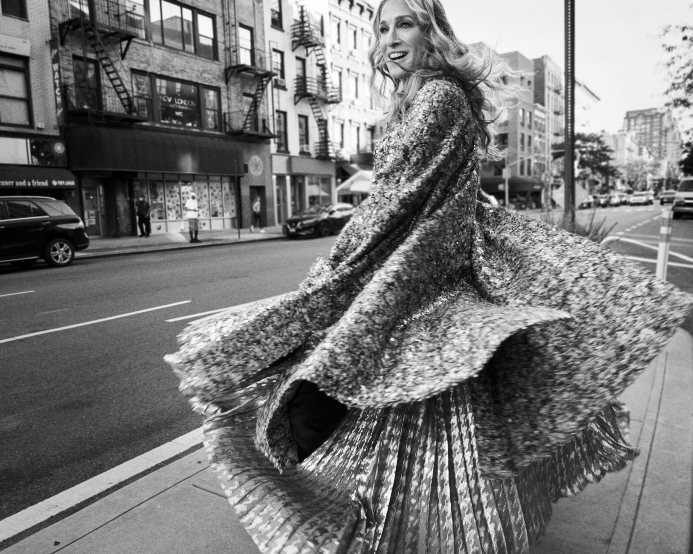 “I know what I look like. I have no choice,” she explained. “What am I going to do about it? Stop aging? Disappear?” No, she and her castmates are proudly representing what it means to be a woman in their fifties — and that means embracing the beauty of aging. Not everyone has the privilege to reach such a milestone, so Parker’s glamorous gray locks and defiance against antiquated views on aging only prove why Sex and the City circling back around is an important part of the ageism conversation.

Before you go, click here to see actresses over 50 who are more successful now than ever.