“Come on, Europe, you can’t judge us. You had fascists; we had fascists. You have rulers that marry their cousins; we have Rudy, who married his cousin,” Colbert joked. 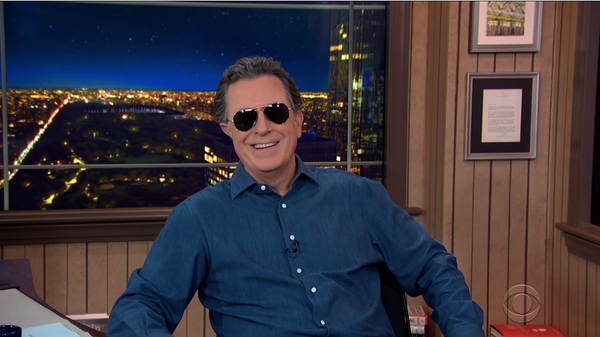 Welcome to Best of Late Night, a rundown of the previous night’s highlights that lets you sleep — and lets us get paid to watch comedy. Looking for more to watch? Here are the 50 best movies on Netflix right now.

President Biden embarked on his first presidential trip abroad on Tuesday with hopes of strengthening bonds with European leaders that had been damaged, in part, by Donald Trump.

“Come on, Europe, you can’t judge us. You had fascists; we had fascists. You have rulers that marry their cousins; we have Rudy, who married his cousin. You had Nosferatu; we have — we have Rudy. Potato, pot-ah-to,” Stephen Colbert said.

“It’s going to be a little awkward trying to mend fences. Every speech he gives is going to begin with ‘Uh, hey, look, about the last guy — sorry about that.’” — JAMES CORDEN

“Yep, Biden’s going to England, Belgium and Switzerland, and he won’t come home until he finds a new host for ‘The Bachelor.’” — JIMMY FALLON

“That’s right, Biden is hoping to repair ties with our European allies. I think he’ll be well received. I mean, for starters, there won’t be a giant baby balloon following him wherever he goes.” — JIMMY FALLON

“The news coverage of Biden’s trip got off to a bumpy start. The White House press plane was delayed almost seven hours because a swarm of cicadas flew into the engine of the plane. If this was a movie, the government would have to go to a cabin in the woods to convince Sully Sullenberger to do one last job.” — JIMMY KIMMEL

“And they’re so out of touch. They haven’t been aboveground since 2004, and it shows. I mean, look at this one — Ed Hardy shirt, Von Dutch hat, and he’s using a BlackBerry, wearing one of those Live Strong bracelets. It’s embarrassing.” — JIMMY KIMMEL

“Oh, [expletive], a cicada got Joe Biden? I’m no scientist but I’m pretty sure that means Joe Biden is now going to turn into a cicada.” — TREVOR NOAH, on Biden’s swatting away a cicada on camera

“Tomorrow, that cicada will be on Fox News in a neck brace calling for Biden to be impeached: ‘See what he did to me! It’s on tape.’” — JIMMY FALLON

“The cicada returned to his buddies like, ‘Damn, the old man’s quicker than I expected.’” — JIMMY FALLON

“Meanwhile, Mike Pence was like, ‘Bugs on your head — you’re supposed to save that for the big debate.’” — JIMMY FALLON

Kristen Bell played a game of “You Can Only Keep One” on Wednesday’s “Tonight Show.”

What We’re Excited About on Thursday Night

Tig Notaro, star of Netflix’s “Army of the Dead,” will appear on Thursday’s “Conan.” 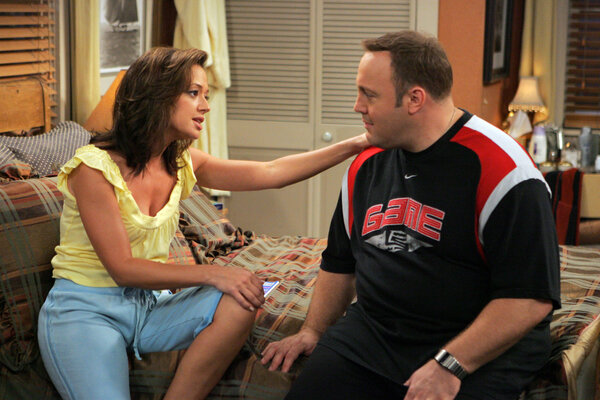 A new AMC+ show satirizes the tradition of hot wives with schlubby husbands on network sitcoms.