KABUL, Afghanistan — Seven years ago the gardener for the Kabul bureau of The New York Times, Sher Ahmad, collapsed on the lawn of a heart attack. Uncle Sher, as the staff affectionately called him, was wizened and white-haired but only 60; he died in the ambulance on his way to the hospital.

His son Zamir Ahmad Amiri was then a college student studying agriculture at Kabul University. Zamir came to us and asked for his father’s job because the family had no other means of support. We agreed reluctantly, as a temporary measure, since the young man had no real experience, other than occasionally helping his father rake leaves. And our modest-sized garden did not really justify the indulgence of a full-time gardener.

Gardens are one of Kabul’s secret pleasures. The city is on a high desert plateau, but behind all those blast walls and shabby modern buildings, many Kabul homes hide luscious blooms: fruit trees and plants that flower for months on end. With 300 days of sunshine a year, things grow with gusto so long as there is water, and our original bureau had a deep well to draw on. A little greenhouse sheltered plants that could not survive the short but harsh winter.

Zamir was so enthusiastic we didn’t have the heart to let him go, even though in those early days he was horticulturally clueless. With cauliflower ears from his passion for wrestling, he seemed an unlikely gardener — a youngster in what is often an old man’s job. When work slowed as winter came, Zamir made himself useful serving tea to the Afghan staff in the compound.

He was determined to learn, though. We apprenticed him to a World Bank gardener for a while, and on his own he studied gardening and botany books. Our bureau manager at the time, the late Jane Scott-Long (an avid gardener herself), tutored him when she could.

We didn’t know it at the time, but Zamir dropped out of the university because he couldn’t work and keep up his studies. That was sad, because he was the first high school graduate in his extended family.

All of Zamir’s six siblings were older and married, so he was the one his father depended on to look after the rest of the family. “He told me to always take care of my mother,” Zamir says. She has diabetes, and is lame and partially deaf from a bomb strike near their home during the civil war years of the 1980s and ’90s. Zamir also supports a nephew who lives with them.

Two growing seasons ago The Times was obliged to move into another house in Kabul. The garden there was much smaller: little more than a mud patch some 70 feet by 25 feet. It was even harder to justify a full-time gardener; we found Zamir another client nearby, so he could work for both of us part time.

By then, as Zamir tells it, he had come to love gardening: “Because it was my father’s profession, it is a way to keep going with what he did, and it makes me feel closer to him.” Our miserable mud patch proved a blessing, a tabula rasa upon which Zamir could create whatever he wanted.

The garden is not often the first thing on our minds, as we cover Afghanistan’s long war. I didn’t notice what was going on until one day last year I looked out the window in front of my desk on the second floor and saw the purple floral spike of a hollyhock at eye level, a good 12 feet above the flower beds. It would grow another three feet before succumbing to gravity. There were sunflowers, too, that were nearly as tall. Rampant vines colonized the compound walls, disguising some of the ugliness of the inevitable fortifications.

With our garden now in its second spring, the results of Zamir’s labors are in their fullest flower. Bougainvillea, oleander, an arbor of honeysuckle, several varieties of matthiola and, everywhere, geraniums. Then of course there are the roses. Deeply fragrant, often massive, they will bloom into November here. In every corner, there’s a pot of succulents.

The garden is so splendid we have added a hammock — rarely used, but beckoning.

Inside, bureau vases sprout with Zamir’s hand-plucked arrangements. They look artful and even professional; Jane, he says, showed him how to arrange the sprigs of green and sprays of little flowers to set off the larger blooms. (He always used to bring fresh bouquets to Alissa J. Rubin, the bureau chief who hired him.)

“I feel like I am not getting old,” Zamir muses, “because when I work I see the result of my work and its beauty.” He’s all of 28 now. Some days when he leaves the bureau he stops first at the wrestling gym to train; he wrestles in the 70 kilogram class and is 3-1 in formal matches. Other days he goes right home to tend the garden his father made there; they are poor, but rich in fruit and almond trees.

Before he died, Zamir’s father gave him a piece of advice for when he was married: “Don’t forget your mother.” So now, on occasions like Mother’s Day and International Women’s Day, Zamir brings home not one bouquet but two. 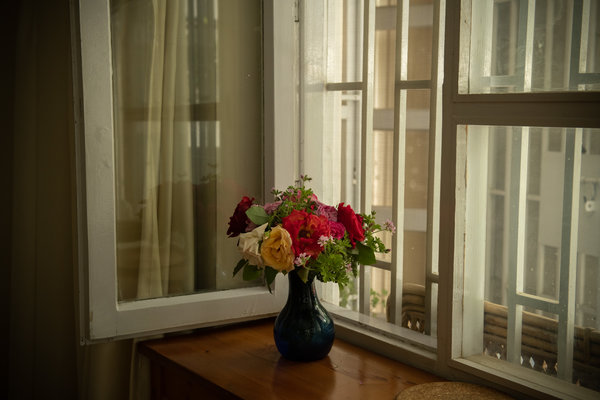 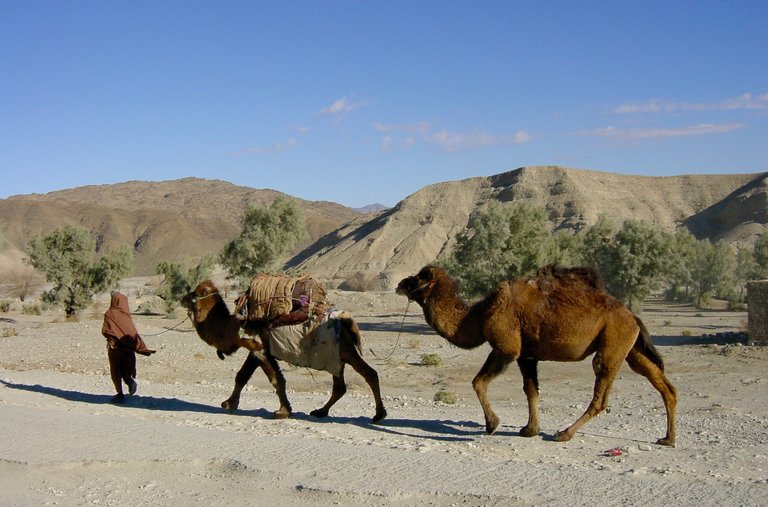 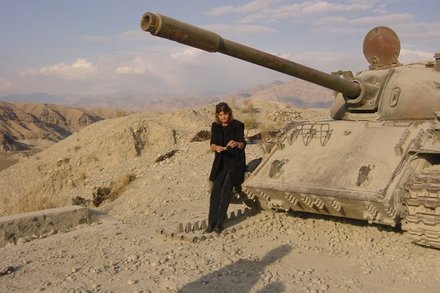 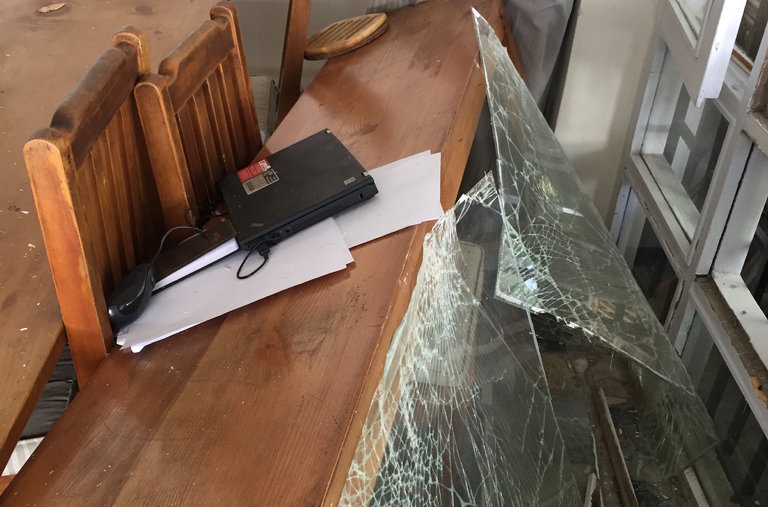 Rod Nordland is The Times bureau chief in Kabul, where he has worked since 2011.

Rod Nordland is an international correspondent at large, based in Afghanistan as the Kabul bureau chief. He has reported from more than 150 countries and is the author of the nonfiction book “The Lovers: Afghanistan’s Romeo & Juliet.” @rodnordland • Facebook