The pandemic made the ceremony, honoring Debbie Allen, Joan Baez, Garth Brooks, Midori and Dick Van Dyke and airing on TV Sunday, like no other. 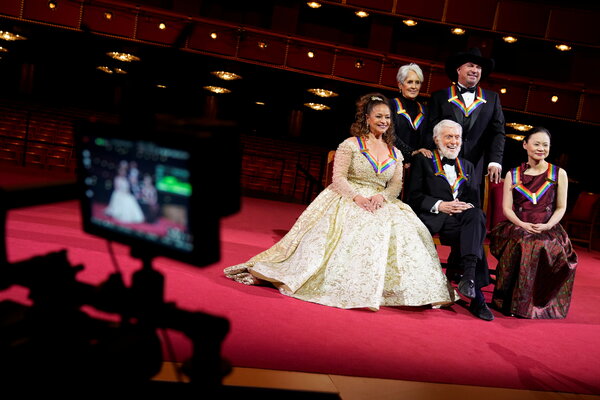 WASHINGTON — A handful of dignitaries made toasts without glasses in front of thousands of empty plush red seats, before a masked stagehand in white gloves quickly wiped down the microphone and lectern. Actual drinks had to wait for the safety of an outdoor terrace and a distanced reception.

A brief photo line was moved from the Kennedy Center’s grand entrance hallway to a wing offstage, where a half dozen photographers stood in front of mementos from previous productions. In an opera house designed to hold more than 2,000 people, roughly 120 masked attendees had their temperatures checked with wrist scans before slipping through a nondescript backstage door to witness a short, scaled-back fragment of the 43rd Kennedy Center Honors. 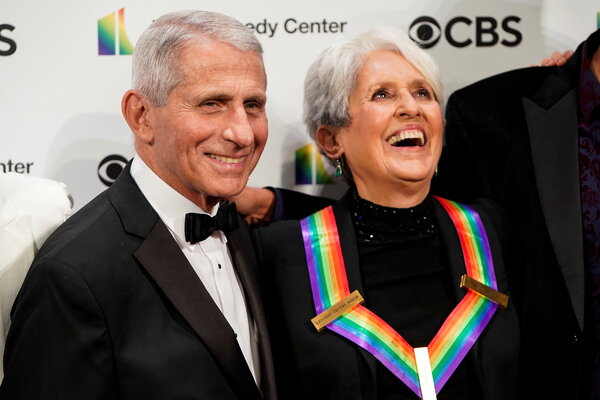 The ceremony was delayed, and transformed, but the show went on. Instead of receiving their ribboned medals at the usual ornate dinner at the State Department, this year’s honorees — the violinist Midori, the actor Dick Van Dyke, the country singer Garth Brooks, the singer and activist Joan Baez, and the actress, producer and choreographer Debbie Allen — were given them onstage in the center itself.

The ceremony, usually held and televised in December, was moved to May, and split over several days. Then the organizers and producers began stitching together a mixture of recorded at-home tributes and in-person performances across the center to be broadcast on CBS at 8 p.m. on Sunday, June 6.

If the Kennedy Center Honors had to be stripped of much of its glamour this month to accommodate rapidly changing coronavirus health guidelines, the subdued ceremony offered a chance for the honorees to help usher in the reopening of the nation’s cultural institutions after a grueling year for the arts.

“Coming out of this very dark time of the pandemic, being able to see the arts coming back into our lives again, live, in person,” made the ceremony particularly special, Midori said at a news conference ahead of the ceremony. “This is also encouragement for me, as well as a motivation to be able to continue to connect with others, to collaborate, to create.”

And even a reduced capacity, socially-distant honor was still cause for celebration.

The arts industry remains among the most devastated by the pandemic, with the restrictions that kept theaters closed for more than a year to stem the spread of the virus just now beginning to lift in New York, Washington and other artistic centers. For the Kennedy Center, the Honors ceremony serves as the biggest fund-raiser of the year, usually attracting a conglomerate of lawmakers, federal officials, donors and artistic elite for a week of festivities.

Compared to the average haul of $6 million to $6.5 million in donations, this year’s ceremony is brought in about $3.5 million, according to organizers. The Kennedy Center faced a partisan backlash in 2020 after receiving $25 million in the $2.2 trillion stimulus law, but still cutting pay for some staff members, including National Symphony Orchestra musicians.