LONDON — In November 1922, the BBC sent out its first radio broadcast. Back then, the public broadcaster provided one hour of content a day, but in the century since, BBC Radio has grown to become a sprawling network of stations known for providing quality programming. The BBC’s radio output can be heard across the world, and in Britain it has a tight grip over the audio industry.

Now a group of small podcast companies, using an influx of cash and inspired by the medium’s success in the United States, are trying to prove they can produce content without the public broadcaster’s backing.

The BBC has stifled the British audio industry, said Renay Richardson, who founded the podcast company Broccoli Productions in 2018. Richardson is pushing back against what some see as the strengths of the BBC: its size, the large number of producers it has trained and its commissioning budget, which has helped shape the British podcast industry. But Richardson said the broadcaster, which has historically courted an older, white audience, had restricted the industry from becoming more diverse.

“When I created Broccoli, I didn’t know where the money was coming from, but my main goal was not to be dependent on the BBC because every other company is,” she said in a video interview.

But it’s been impossible for Richardson to completely avoid working with the public broadcaster. In its first year, Broccoli made a couple of shows funded by the BBC. “I saw it more as a refund for the years of TV license that I paid,” she said dryly, referring to the BBC’s main source of public funding.

Then, in 2019, Sony Music partnered with Broccoli, providing cash, marketing and distribution for new podcast projects in a seven-figure deal, Richardson said. 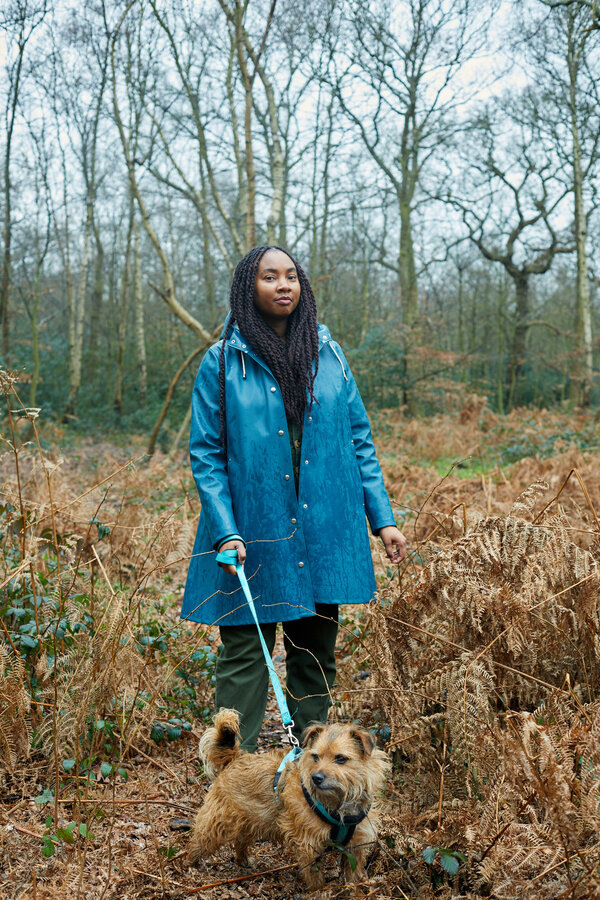 While Britain hasn’t seen the cash influx — about $2 billion — that streaming and traditional media companies have spent snapping up the American podcasting companies in recent years, listening numbers here have surged. Nearly a fifth of the British adult population, more than 10 million people, now regularly listen to podcasts; entertainment and tech companies, investors and advertisers have been taking note.

The BBC, which says 60 percent of British adults listen to its radio output each week, sees its role as protecting the British audio industry from the undue influence of other large companies. “There’s a the danger of tech giants shaping a U.K. radio industry,” said Jonathan Wall, who runs the BBC Sounds audio app. “We think they have a huge part to play, but we don’t think they can solely shape a successful U.K. audio industry.”

BBC Sounds, on which users can listen to live radio, music playlists and podcasts, is the broadcaster’s response “to control not just our own destiny of BBC audio but to shape a vibrant content-making industry in audio in the U.K.,” Wall said.

Podcast producers tend to have mixed feelings about this. “In all media in the U.K., the BBC is always a combination of friend and foe,” said Matt Deegan, the founder of Folder Media and a co-founder of the British Podcast Awards. Lots of Britain’s independent podcasting producers refined their skills at the BBC, and the broadcaster has introduced millions of people to podcasts via its vast radio audience, creating a lot of interest in the medium.

But its ability to create and support expensive and impactful shows, like dramas and investigations, including the recent “Where is George Gibney?”, without the commercial pressure of selling advertising, makes it harder for others to compete. The BBC doesn’t report its spending on podcasts, and many are tied to a radio station, but last year it spent more than $120 million on Radio 4, its main talk radio channel.

This, inevitably, gives the broadcaster an outsize influence on what audio gets produced in Britain. “We have such a rich legacy of production companies who have basically lived feast to famine predicated on how many BBC commissioning rounds they win,” said Jake Warren, the founder of Message Heard, a three-and-a-half-year-old podcast company.

And so the challenge has been finding ways to fund a wider variety of shows outside the BBC’s ecosystem. Last summer, several BBC staffers quit the broadcaster’s sports desk to start their own podcasting company, Crowd Network, with 500,000 pounds (about $700,000) in investment from the British firm Enigma Holdings. It’s based in the northern English city of Manchester, near the BBC’s main hub outside London.

The same staffers who helped mold the BBC’s podcasting strategy are now trying to build a “credible business” outside the public broadcaster, said Mike Carr, Crowd Network’s chief executive, who was at the BBC for 18 years and was the radio sports editor when he left.

“I looked specifically at the podcast market in America and realized the growth of independent networks over there” depended on owning the content yourself, Carr said. Crowd Network has already signed with the talent agency Creative Artists Agency, looking to a future with live events, films and publishing.

In the United States there has been a boom in podcasts being adapted for TV and film by streaming giants like Netflix or Amazon Prime, making owning the intellectual property rights especially lucrative.

Sony’s deep pockets have helped Richardson’s Broccoli Productions make ambitious and challenging shows — predominantly featuring women and people of color — without having to worry too much about advertising income. “Ad revenue is the cherry; it’s not the cake,” Richardson said.

An upcoming project, “Human Resources,” will explore slavery’s roots in British businesses and how systems created for the slave trade still run deeply through society today.

Recently, Netflix and other streaming giants have been deepening their roots here and are becoming increasingly formidable contenders to the BBC. Spotify, which spent hundreds of millions of dollars acquiring podcasting companies in the United States, recently opened a new office in London decked out with studios.

“The U.K. is one of the most important markets globally for Spotify,” said James Cator, who oversees podcast content and partnerships at Spotify in Britain. “It’s an incredibly advanced audio market.”

For producers, the big promise of Spotify is that it can crack the problem of discovery. The streaming platform hosts more than 2 million podcast shows, and it can use its curation expertise and significant volume of user data to recommend podcasts to specific listeners who may be a good audience.

The BBC wants that data for itself. The BBC Sounds app, launched in 2018, has 3.7 million weekly users and two thirds of their listening time is spent on live radio.

Podcasts are an opportunity for the BBC to spend more money to reach a younger, more diverse audience that is more interested in on-demand audio than traditional radio, a major goal for the organization which is under pressure financially and often gets caught in the middle of Britain’s culture wars.

For now, the BBC Sounds app only hosts BBC content but by the middle of next year, Wall says, a select number of outside podcasts will be added.

Based on the current investment interest in up-and-coming British podcast companies, the BBC’s future dominance of the industry isn’t a foregone conclusion. With Message Heard, Warren, a 30-year-old former journalist, said he wanted to “co-opt” the American to approach to podcast funding. He is planning Message Heard’s second round of investment, hoping to take in about half a million pounds, he said, which he’ll use to hire more staff.

“I’m in that ridiculous situation where I’m having to turn away people’s money,” Warren said, because he can’t keep up with the demand for new shows. “What a lovely problem to have.”