In her stand-up, Wanda Sykes periodically argues with the roll of fat around her stomach, which she calls Esther, after Esther Rolle, the actress who played the mom in “Good Times.”

Esther, a cantankerous sort with a deep voice and an appetite that could match the plant in “Little Shop of Horrors,” is both foil and id. When one of Sykes’s children made an impolite comment about the size of her belly, Esther lashes out: “Break her little wrists!” Sykes, the responsible half of this splendid double act, would never think of such a thing.

Many know Sykes from “Curb Your Enthusiasm” or “black-ish,” where, like Esther, she is extremely funny in a fairly limited (and often disgruntled) role. Or perhaps as a pioneer, since she has been the first African-American woman to do a whole lot of things in comedy, including perform at the White House Correspondents’ Dinner (she was also the first out lesbian to do so) and conceive and star in her own prime-time sitcom, “Wanda at Large.”

But to understand the full range of her singular gifts, to learn why she has secured her place in the comedy elite, you must look to her far too obscure stand-up career, where Esther has been a critical character for more than a decade. Since the late 1990s, Sykes has produced a few superb specials (“Tongue Untied,” “I’ma Be Me”), one absolute classic (the 2016 “What Happened … Ms. Sykes?”); and a new hour debuting Tuesday on Netflix, “Not Normal,” that is, by her standards, just fine. 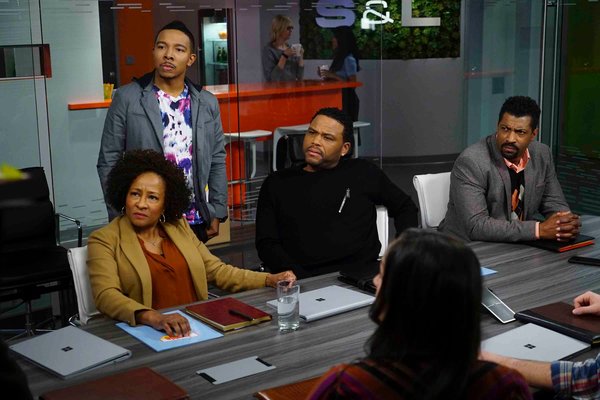 Sykes’s first big break was as a writer, on “The Chris Rock Show” on HBO (where she also occasionally performed), and you can detect some similarities with Rock in the way she sets up a premise, the swagger of her umbrage and even some phrases. (She wrote a book called “Yeah, I Said It,” one of his best-known refrains.)

She is also at her core a social commentator whose forceful and charismatic delivery (she has one of the great withering stares in comedy) gets laughs so easily that you can overlook the craftsmanship of her jokes. If anything, her material varies more than Rock’s, since she has been just as comfortable doing personal and political jokes, self-deprecating stories and fiery takes, going wonky and raunchy. In her early stand-up, she talked about her marriage with bluntness. When the audience applauded her announcement that she was married in a 1998 Comedy Central half-hour, she responded pointedly: “Obviously you don’t know anything about my marriage.”

There is a long history of comics complaining about their spouses, but Sykes persuaded you she wasn’t doing shtick. And then when she got divorced, came out of the closet, married a white Frenchwoman and adopted two white children, her perspective and stories expanded and became far more idiosyncratic. The comedy became less about the difference between men and women and more about the specific circumstance of being Wanda Sykes.

In “What Happened,” there are set pieces about being a minority in her own house that, like “Get Out,” use the tropes of horror to explain the experience of being black in white spaces. When her toddler called her “Mammy” instead of “Mommy,” Sykes had the look of someone who had seen the sunken place.

She also did a wonderful if more conventional bit about having sex while children were in the house that did not rest on the joke of the youngsters interrupting so much as the threat. It’s the anxiety that quickly veers into paranoia that Sykes dramatizes in a few gestures. And yet, these domestic scenes are always mixed with bracing and incisive takes on issues of the day that dig into the musty language of political argument to find humor. For instance, she has the funniest rebuttal you will ever hear to trickle-down economics, which boils down to an unavoidable truth: “Nothing good trickles.”

“What Happened” didn’t get the attention it deserved, perhaps because it premiered on Epix. On Twitter, she said she went with that channel because she was offended by the offer from Netflix, after the comic Mo'Nique raised the question about pay equity on the powerful streaming service.

Sykes’s follow-up, “Not Normal,” is her Netflix premiere, and she suggested to Variety that speaking up might have helped her negotiating position. It’s similar in subject matter to “What Happened … Ms. Sykes,” Ping-Ponging between politics and her family, but the material is thinner, the connective tissue not as polished as it could be. She has too many lines that get applause as opposed to laughs.

In part, she suffers from the challenge that has stymied many comics in specials lately: coming up with a new slant on Donald J. Trump in a rapidly shifting news cycle. “It’s not normal that I know I’m smarter than the president,” she jokes. She has more success when she shifts from the politics of the president to those of “The Bachelor.” She has contempt for that show, and suggests that this is not the time for women to overlook its sexism: “The only time you hear #MeToo on ‘The Bachelor’ is when someone says ‘I have chlamydia.’”

The freshest material here is toward the end when she does more than 10 minutes on aging. Many female comics (Rita Rudner, Elayne Boosler) have been exploring this subject, but none with the force that Sykes does in describing its physical impact, including hot flashes. Is this a design flaw or something else, she asks. “When you get older, you can’t bring life into the world, so they set you on fire.”

As Sykes gets worked up about a subject, she can be ferocious, and much of her television work takes comic advantage of this.

On Wednesday, she stars in a live reboot of “The Jeffersons” (“All in the Family” is also being revived on the same night), in which she plays the matriarch, Louise Jefferson, opposite Jamie Foxx’s George. But this isn’t the only homage to a classic Norman Lear sitcom she’s making this week. In her special, she brings back Esther (without mentioning her relationship to Rolle) in a joke about noticing her wife giving her jiggling stomach the side eye in the bathroom.

This leads to a full-body impersonation of Esther, which Sykes imagines gleefully celebrating being out in the open by doing a cheerfully wiggling dance, one that might remind some fans of her role in the cult hit “Pootie Tang.”

It’s a departure of sorts for Esther, a happy-go-lucky side coming to the fore. Like Sykes herself, Esther can’t be pigeonholed. 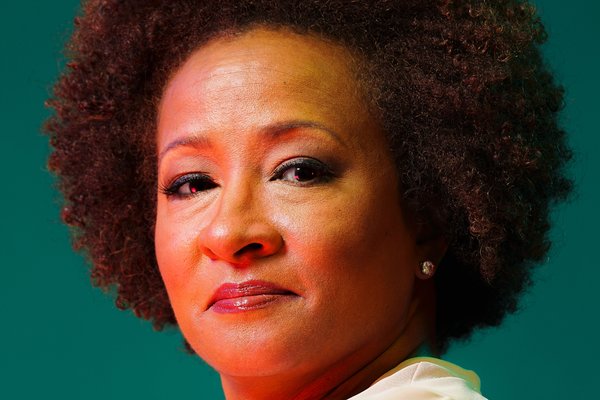