The San Francisco artist Jordan Belson (1926-2011) was ahead of the curve on meditation and yoga, which he supplemented with hallucinogens to experience expanded consciousness and later translated into gorgeously sensuous, abstract 16-millimeter films. The revelation in “Jordan Belson: Paintings 1950-1965” at Matthew Marks is that he achieved similar effects with his paintings.

This shouldn’t come as a shock. Mr. Belson exhibited his paintings in New York in the 1940s and was included in two shows at the Guggenheim Museum (then called the Museum of Non-Objective Painting). He stopped showing these after 1950 though, and most of the 23 works here have never been exhibited publicly.

Using electric pinks, oranges, green or gold, Mr. Belson’s paintings are generally structured as spirals, spheres, or concentric rings that focus the viewer’s attention and conjure cosmic auras, or the dharmic third eye. The paintings are “abstract,” although Mr. Belson didn’t think in these terms, but rather of painting as aiding or representing heightened states. Four of his iconic films, like “Samadhi” (1967), are also on view, although in digital form, which diminishes their impact, since the hypnotic whirring of the projector and deep colors of the chemical film stock were crucial in creating an atmosphere of psychic liftoff. MARTHA SCHWENDENER

Whether in the bananas “Women on the Verge of a Nervous Breakdown,” the tender “All About My Mother,” or the macabre “Bad Education,” the characters in Pedro Almodóvar’s movies share one thing: They all have fabulous apartments. No wonder, then, that when the Spanish director opted for a turn as a photographer he would gravitate to still life: tables, vases and faded flowers, shot against vividly painted backgrounds of pink, teal, coral and violet. Several works in this show, titled “Waiting for the Light,” cite earlier masters of still life (Zurbarán, Morandi) and almost all have blooms that have wilted, drooping from campy vessels. They’re a bit too enjoyable to be vanitases, but a bit too mannered to be enjoyable.

Moreover, the photos are printed in appallingly low resolution, which drains them of all their zip. A chartreuse vase that reappears in three photographs has gashes and bumpy striations, as if a desktop printer was low on ink. Light gray backgrounds disclose ghastly swaths of red and blue noise; fallen rose petals have hazy, pixelated edges worthy of an 8-bit GIF. Mr. Almodóvar would never tolerate such careless images on the silver screen, which leaves me to conclude that he really wasn’t trying too hard. JASON FARAGO 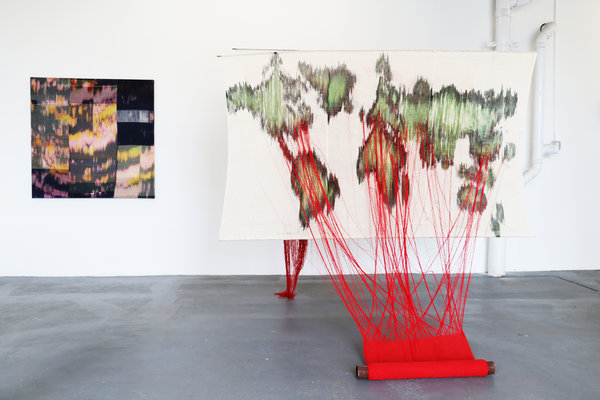 The fabrics we wear or use most are made to hide their construction — our shirt seams are unobtrusive, our rugs perfectly patterned. The artists in “Soft Territories,” curated by Carolina Arévalo, disrupt that expectation, pushing and pulling at the idea of what a textile can be.

Victoria Manganiello’s “Get Me Out of Here” (2012) features three delicate, off-white fabric panels hanging one before the other and connected by a web of scribbly strands of red thread. Green shapes on the first textile evoke a world map, which reappears faded on the last one — suggesting views of the future, present, and past.

Whereas Ms. Manganiello spins and dyes yarn by hand and revels in technical imperfections, Simón Sepúlveda uses a Jacquard loom to create meticulous polyester wall hangings. His glitches appear in the images themselves — a mash-up of famous flags or a self-portrait with three eyes — that are entertaining, if somewhat slick.

With her impressive handiwork and playful aesthetic, Sarah Zapata falls somewhere between the two. Her wood-and-fabric construction “To Teach or to Assume Authority” (2018) is the most intriguing work in the show. It looks like an altar draped with shag rugs — a riotous space for the enactment of unknown rituals. JILLIAN STEINHAUER 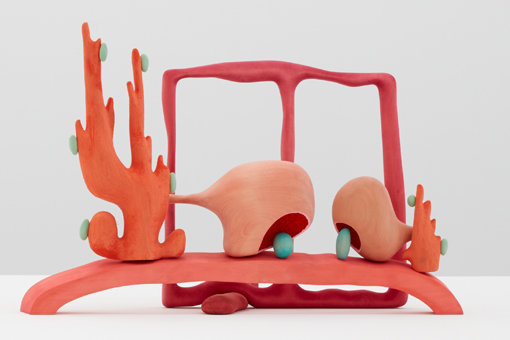 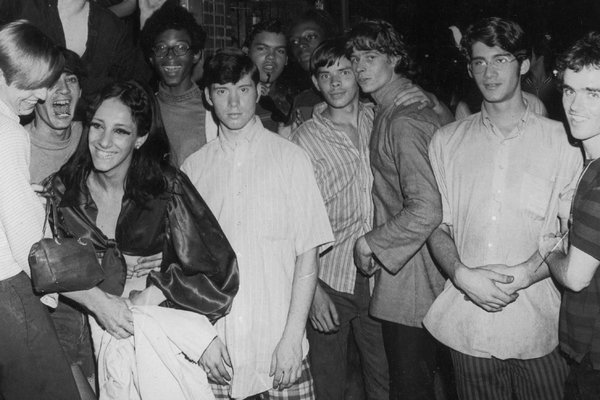