THE LOUDEST VOICE 10 p.m. on Showtime. Enter into the world of a man determined to make his mark in the brutally competitive broadcast television industry, to forge a new path out of the ashes of a dead career. In this seven-part limited series, that man is Roger Ailes as works to found Fox News. Based on Gabriel Sherman’s biography of Ailes, “The Loudest Voice in the Room,” the series starts in the mid-1990s when the television mogul began forming his idea for a news cable network that capitalized on strong emotion and political divisions in America at the time — and would end up defining a new era of conservatism. Played by Russell Crowe, Ailes is cunning and vicious, but he’s also propelled into a position of extraordinary influence in television and politics by Rupert Murdoch (Simon McBurney), an immensely wealthy right-wing ally and investor. The drama asks viewers to consider just who holds the puppet strings in the framing of American politics. 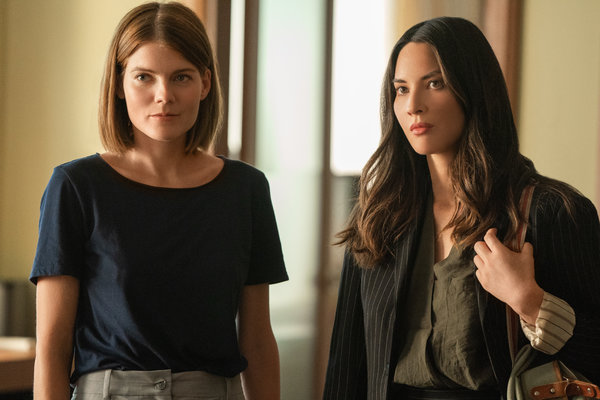 THE ROOK 8 p.m. on Starz. Based on the book of the same name by Daniel O’Malley, this fantasy spy thriller features a British intelligence apparatus that has a secret wing — one for people with supernatural powers. Called the Checquy, the agency is designed to protect Britain from magical forces that remain unknown to most of its residents. The journey of one of its own agents and the show’s protagonist, Myfanwy Thomas (Emma Greenwell), similarly begins shrouded in mystery: After waking up in London surrounded by a circle of dead bodies and with no memory of who she is or what has happened, Thomas has to rediscover herself and the ties she has to the Checquy. The more she learns about her powers and the agency, the more she realizes that shouldn’t trust anyone, not even herself.

SIDES OF A HORN (2019) Stream on YouTube. This 17-minute short film shows the devastations of the poaching war in Africa, which not only drives certain species to near-extinction, but imperils the cultures and livelihoods of local villages. Written and directed by Toby Wosskow and executive-produced by Sir Richard Branson, the film is backed by Virgin, WildAid and African Wildlife Foundation and has been screened around the world before landing on streaming services. The dramatic short, based on actual events, provides an inescapable and visceral portrayal of how poaching can drive an entire ecosystem — humans included — into turmoil.

THE CHOSEN ONE (2019) Stream on Netflix. Amid the storm of anti-vaccine activism within the United States, this suspenseful drama delves into the debate of whether personal beliefs should overrule social welfare. This story, however, is set in Brazil during a Zika outbreak. Three doctors who head into the remote Pantanal region with the mission of administering vaccinations are met with hostility from a community led by a faith healer, called the Chosen One. Even as the doctors escalate their efforts to vaccinate the villagers, the local cult becomes more oppressive — and dangerous.