In the United States, the standard approach to distributing a routine vaccine is based on the assumption that there will be plenty of doses available. Ideally, everyone will then follow their doctors’ recommendations when it comes to being immunized against the germ in question. As a practical matter, though, rarely are both of those conditions fully met. Some people are unable to get a vaccine; others refuse it. (For the 2019-20 season, the influenza vaccine was distributed to about half the U.S. population.) The next-best vaccination outcome is the inoculation of enough people so that, together with those who are immune after being infected, there are too few available hosts for the pathogen to circulate widely in the population — a situation known as herd immunity.

But herd immunity is especially difficult to achieve for a brand-new disease like Covid-19. It takes time to make enough vaccine to give it to everyone who would benefit from it, and then it takes even more time to distribute it. And no vaccine completely protects everyone who receives it. Still, even with these limitations, a vaccine can help. “We don’t need a perfect vaccine” to achieve herd immunity, says Eric Toner, the lead author of guidelines for vaccine allocation and distribution created by the Johns Hopkins Bloomberg School of Public Health. But how many people need to be vaccinated to get there, he says, “depends on how good the vaccine is.” The more effective it is, the fewer people will need it. What that number of people turns out to be, though, and how soon we reach it, will also depend on how we decide to deploy those initial doses.

A previous vaccine shortage helped reveal the crucial importance of distribution strategies. In 2009 the flu strain H1N1, known as the swine flu, emerged unexpectedly, resulting in production delays. So the C.D.C. had to decide who would be first in line for the limited doses. Because H1N1 seemed to sicken young people far more often than older adults, the agency advised that health care workers inoculate as many people as possible between the ages of 6 months and 24 years (as well as those in other high-risk groups) before treating older adults. For seasonal influenza, its policy at the time was to vaccinate those most vulnerable to severe illness or death, including children from 6 months to 18 years and adults over 50.

But in a paper that year in Science, Alison Galvani, of Yale University, and Jan Medlock, now at Oregon State University, argued that we could actually prevent more people from getting sick and dying from H1N1 and other flus if instead of simply trying to protect those facing the greatest dangers, we vaccinated those most likely to transmit the viruses. “Children 5 to 19 are responsible for most transmission and for the spread of infection to their parents’ age groups,” they wrote. Therefore, they showed, first vaccinating people ages 5 to 19, as well as those roughly in their parents’ age group (30 to 39), would protect “the remainder of the population” most effectively. Tens of thousands of infections and deaths would be prevented, along with billions in economic costs. Those insights led the C.D.C. to advise that everyone 6 months and older get a seasonal flu vaccine yearly.

That paper has also influenced researchers who are today trying to figure out who should get the first doses of a coronavirus vaccine if, as some experts predict, one or more are approved in the next few months. “There’s going to be a time delay between getting one and having enough people vaccinated” to control the pandemic, says Molly Gallagher, of Emory University and the lead author of a preprint on vaccine distribution. (Preprints have not yet been peer-reviewed.) “In that time frame, what we’re wondering is, Can we improve outcomes — reduce the amount of mortality and reduce the amount of transmission — by thinking about whether it’s possible to prioritize certain groups?” 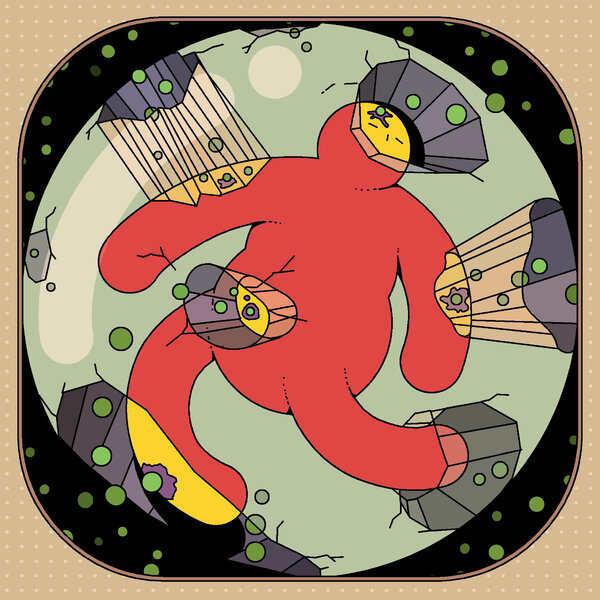 To receive F.D.A. approval, according to an agency spokeswoman, a coronavirus vaccine must be at least 50 percent effective, meaning there must be at least 50 percent fewer cases of test-confirmed Covid-19 in clinical-trial participants who are getting the vaccine compared with an untreated control group. But the trials are not able to determine the contagiousness of the infected participants, because doing so would complicate and slow down the trials.

We also don’t know as much about how the coronavirus is transmitted, compared with other germs — and it’s hard to figure that out when the pandemic has altered our interactions. For example, children currently do not appear to drive the virus’s spread, as they do for the flu, but is that because they are less likely to transmit this virus? Or because schools closed in the spring and then, if they reopened later, often did so with precautions like masks that are not typically taken during flu season? We now know that children who get the virus are less likely than adults to develop serious infections, but asymptomatic and presymptomatic people with Covid are often highly contagious, which isn’t the case with the flu. “If someone doesn’t feel sick, they’re less likely to modulate their behavior,” Galvani says — so children could turn out to be “even more likely to be responsible for silent transmission” of coronavirus than they are to spread the flu. Evidence has shown too that college students and young adults are significant transmitters and also less likely to suffer complications. Given these dynamics, if a future vaccine proves to be effective for all ages and is widely available, saving the most lives could mean prioritizing the vaccination of children and young adults — even though they’re among those Covid is least likely to harm.

The potential for protecting those most vulnerable to Covid indirectly, by curtailing its spread, suggests that “you shouldn’t dismiss a vaccine out of hand that has potentially limited efficacy,” Gallagher says. Her paper notes that a vaccine that is 30 percent effective at blocking symptomatic infection — below the F.D.A. threshold — but that reduces how likely a person is to infect others by 70 percent, could prevent more overall cases than a highly effective vaccine that allows more transmission. In a paper in Science, Marc Lipsitch, of the Harvard T.H. Chan School of Public Health, and Natalie E. Dean, of the University of Florida, warn that a vaccine that makes symptoms milder without reducing a person’s contagiousness might even backfire, leading infected people to be less cautious, thereby increasing the spread of the virus. They call this “a worst-case scenario.”

Arriving at best-case strategies, on the other hand, requires defining what they are. Laura Matrajt of the Fred Hutchinson Cancer Research Center and her colleagues illustrated this quandary in a preprint that models four possible metrics over a year: fewest deaths, fewest symptomatic infections and, at their peaks, fewest non-I.C.U. hospitalizations and fewest I.C.U. visits. Looking at how those variables were changed by a vaccine’s efficacy and the number of doses available, they found that vaccinating older people first will minimize deaths — unless a vaccine is at least 60 percent effective, and there are enough doses to cover roughly half the population. At that point, vaccinating high-transmission groups first — in their model, children and adults between the ages of 20 and 50 — would result in fewer overall deaths.

But ethicists wrestle with whether society should simply aim to minimize deaths — or if other factors should be determinant. Matrajt calculated that if there was only enough vaccine that’s 60 percent effective to cover 30 percent of the population, we’d face a choice: Giving it to younger people would minimize symptomatic infections and non-I.C.U. hospitalizations, whereas giving it to older people would minimize I.C.U. hospitalizations and deaths. Hospitalizations, she points out, strain the health care system. Complicating matters, racial and ethnic minority groups have borne a disproportionate burden from the disease so far, which means, according to the National Academies of Sciences, Engineering and Medicine, that any vaccination strategy has a “moral imperative” to explicitly address that imbalance.

In short, models can predict what actions might lead to what outcomes, but they can’t say which is right. “There’s ethical considerations and societal considerations,” Matrajt says, “and decision makers have to take those into account.”