Lori Loughlin and husband Mossimo Giannulli are working their way back to each other after a rough couple of years due to their involvement in the college admissions scandal. They both served time in prison, paid fines and performed community service, but it also took its toll on their marriage. 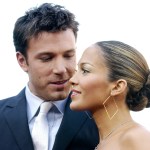 Even though the couple was “committed to each other throughout the prison ordeal,” it certainly was a “buzzkill” because “romance had to take a back seat for such a long time,” according to an US Weekly source. “Now, though, they’ve got a new lease on the marriage and a permanent smile on their faces,” they added. The duo was able rediscover those romantic feelings by taking a luxury vacation with friends down to Mexico, which had to be court-approved by a judge in order to leave the U.S. “It’s the boost they desperately needed to clear their heads and let their hair down as a couple,” the insider said. “They got to soak up the sun, pamper themselves and hang with friends, but most of all they’re thrilled because they’ve gotten their mojo back as a couple.”

We’re glad to hear that Loughlin and her fashion designer husband are solid, but it’s still hard to fathom how they seem so rooted in their privilege after all they went through. They downsized their Bel Air home to a smaller (but still deluxe) property in Hidden Hills, and they’ve taken several vacations since both of them were released from prison. It’s hard to know if they’ve really learned their lesson or if they’re just sliding back into their elite world as if nothing ever happened.

It looks like the marriage was the first priority at hand (and that’s an important relationship to keep strong) for their post-prison life. But now that Aunt Becky has her groove back, it might be time to share her side of the story — we’re still waiting for that sit-down interview with Oprah Winfrey.