Second Team All-NBA point guard Damian Lillard of the Portland Trail Blazers had a historic 2019-20 season — becoming only the second player ever to have three 60-point games in one campaign — and now his signature adidas line is set to enter a new chapter with the Dame 7. Lilard’s seventh shoe with adidas Basketball is light, fast and was debuted in a six-shoe “I Am My Own Fan” pack that nods to the Weber State alum’s boundless self-confidence.

Taking the 5/8 cut of the Dame 6 and honing it even further, the Dame 7 supplies a breathable textile upper, reinforced around the heel for a lockdown fit. On the “I Am My Own Fan” styles, both this heel piece and the padded throat are coated in a repeating text graphic to ensure the pack’s signature saying is on full display. Branding is mostly kept to a minimum, with a small Three Stripe graphic on the lateral eyestays, a normal adidas hit on the lace keeper and Lillard’s D logo on the tongue itself. Down below, full LIGHTSTRIKE midsoles supply high-speed cushion and impact protection, working with a midfoot shank that boldly states “Never Follow” to increase stability. Outsoles with a wavy herringbone pattern provide grip and finalize the build. 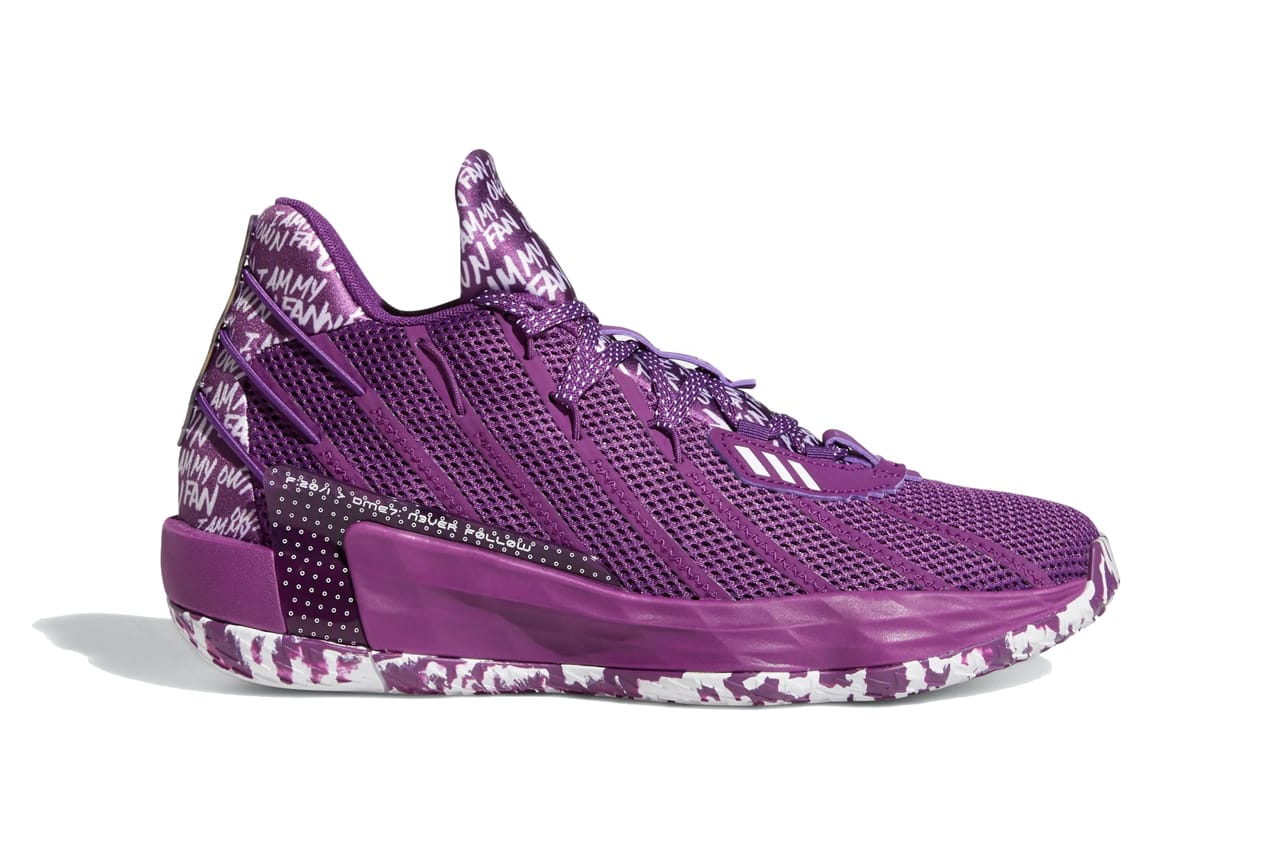 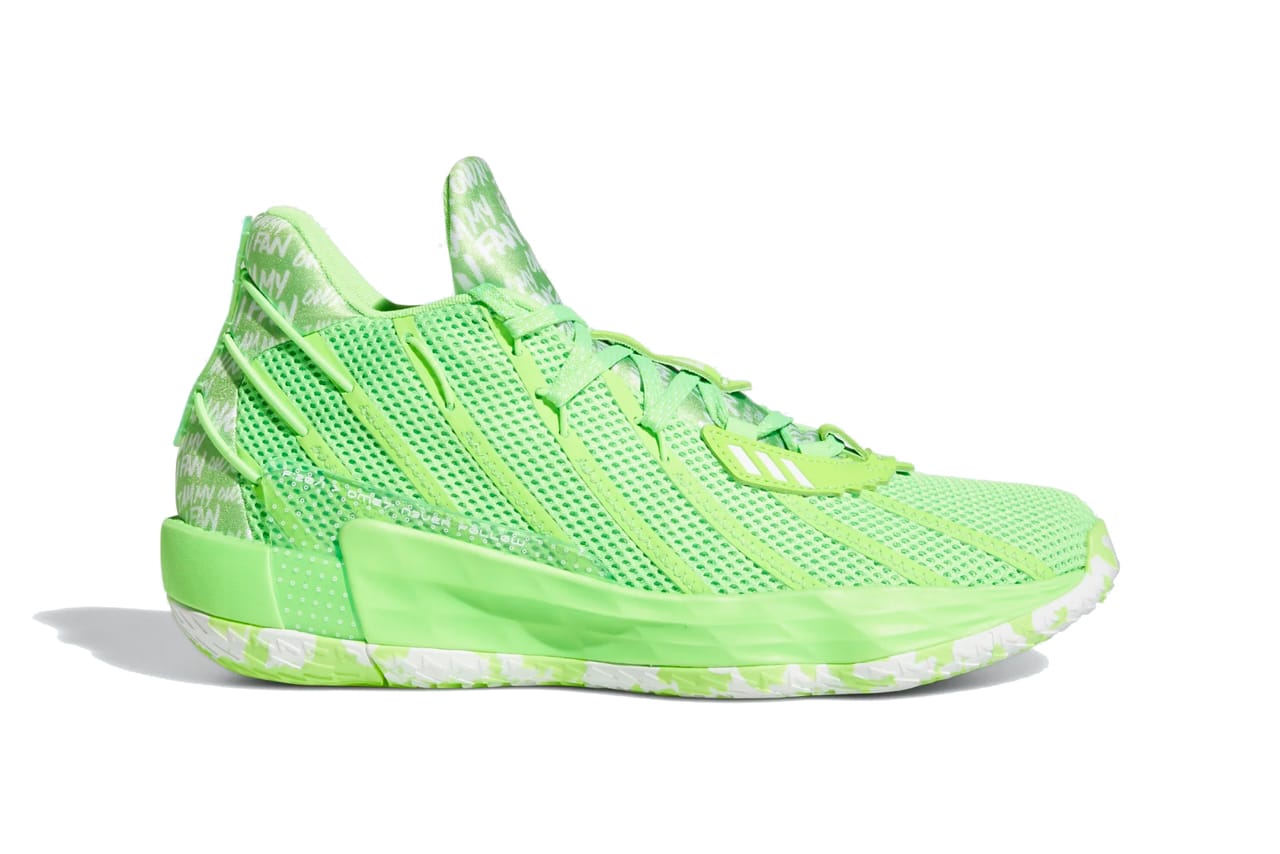 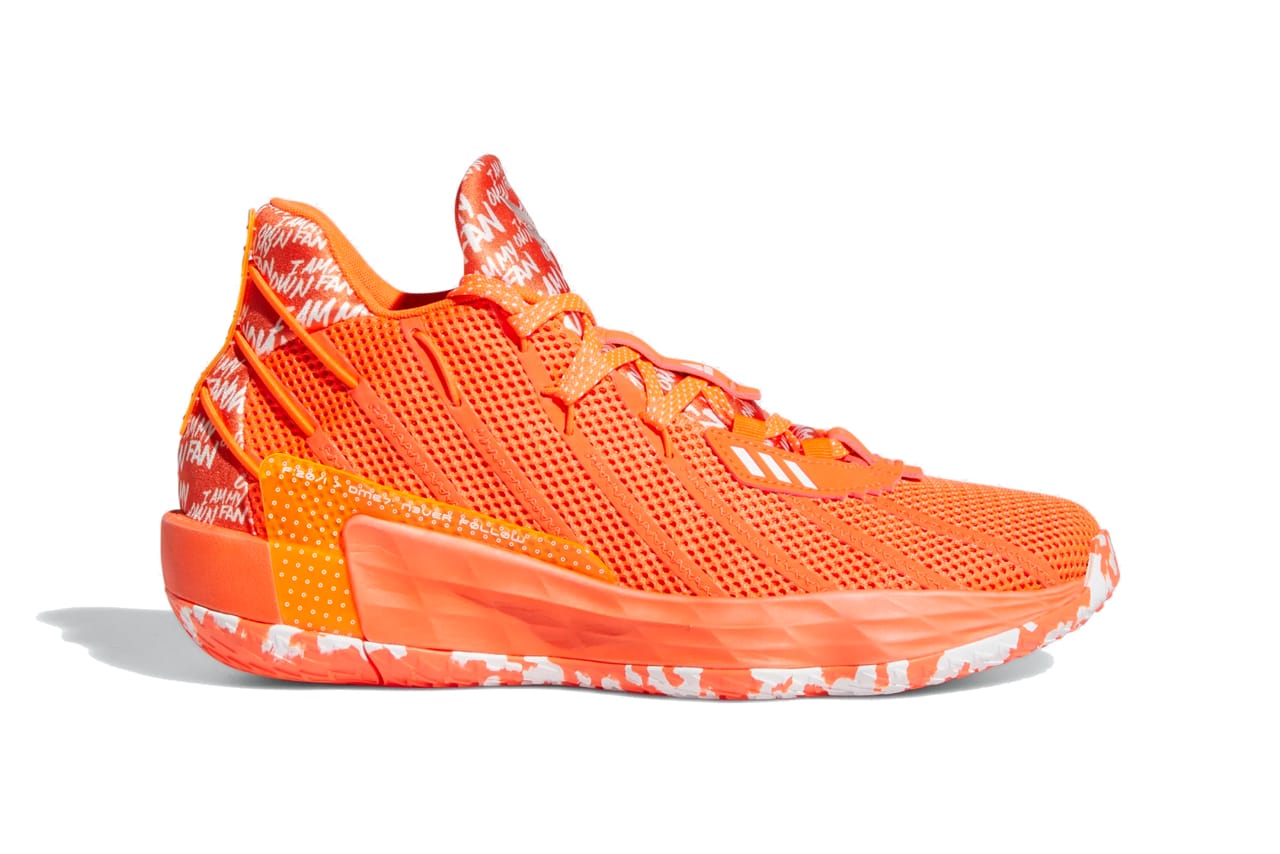 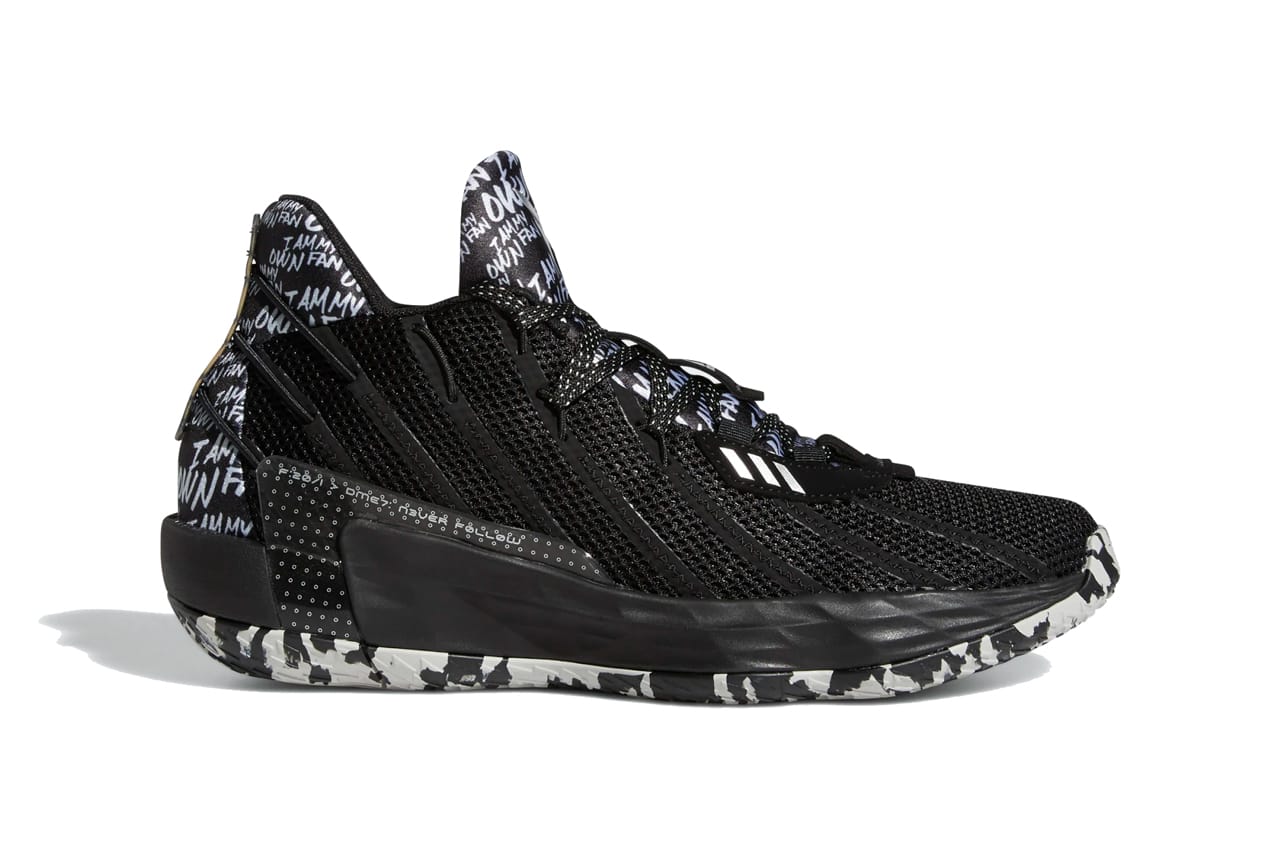 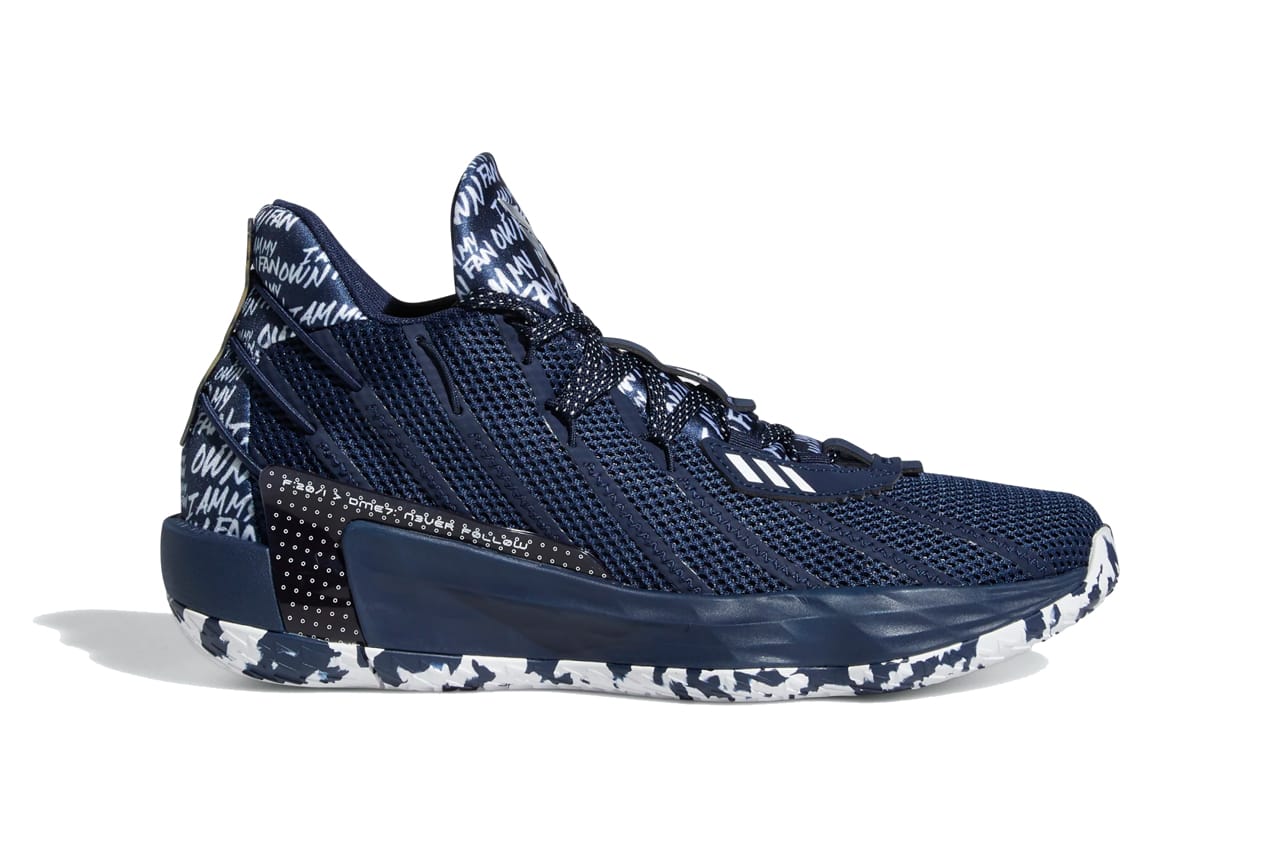 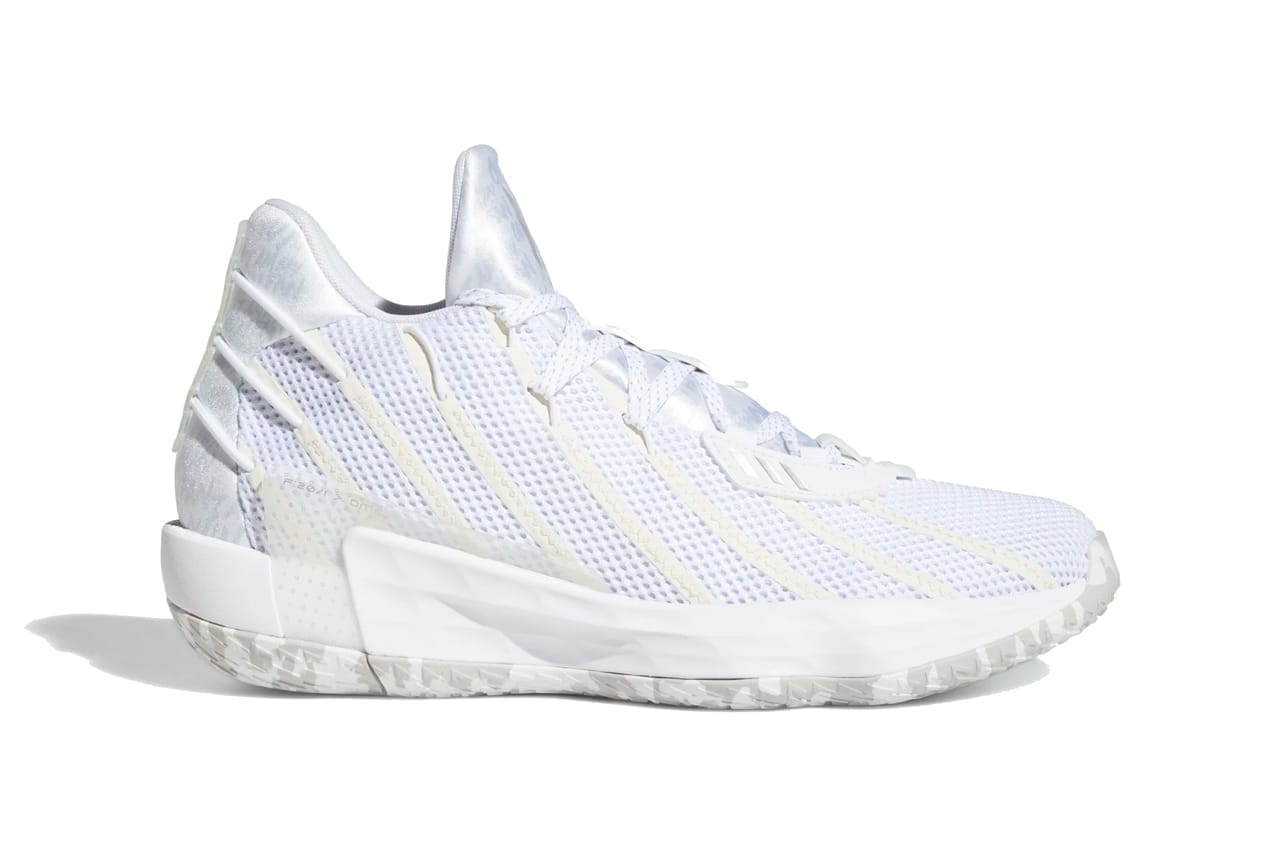 Six colorways are present in total: “Glory Purple,” “Solar Green,” “Solar Red,” “Core Black,” “Collegiate Navy” and “Cloud White.” Each pair retails at $110, and all are available now on the adidas webstore — save for the “Glory Purple,” which releases on October 12.