THINK of the ‘typical’ bowel cancer patient, and you probably picture an older bloke eating bacon sarnies and swigging pints.

What doesn’t spring to mind is this group of glamorous, athletic, sexy, young women. 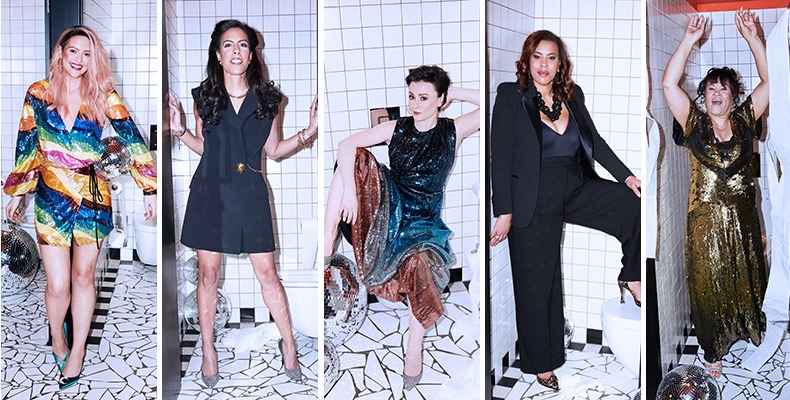 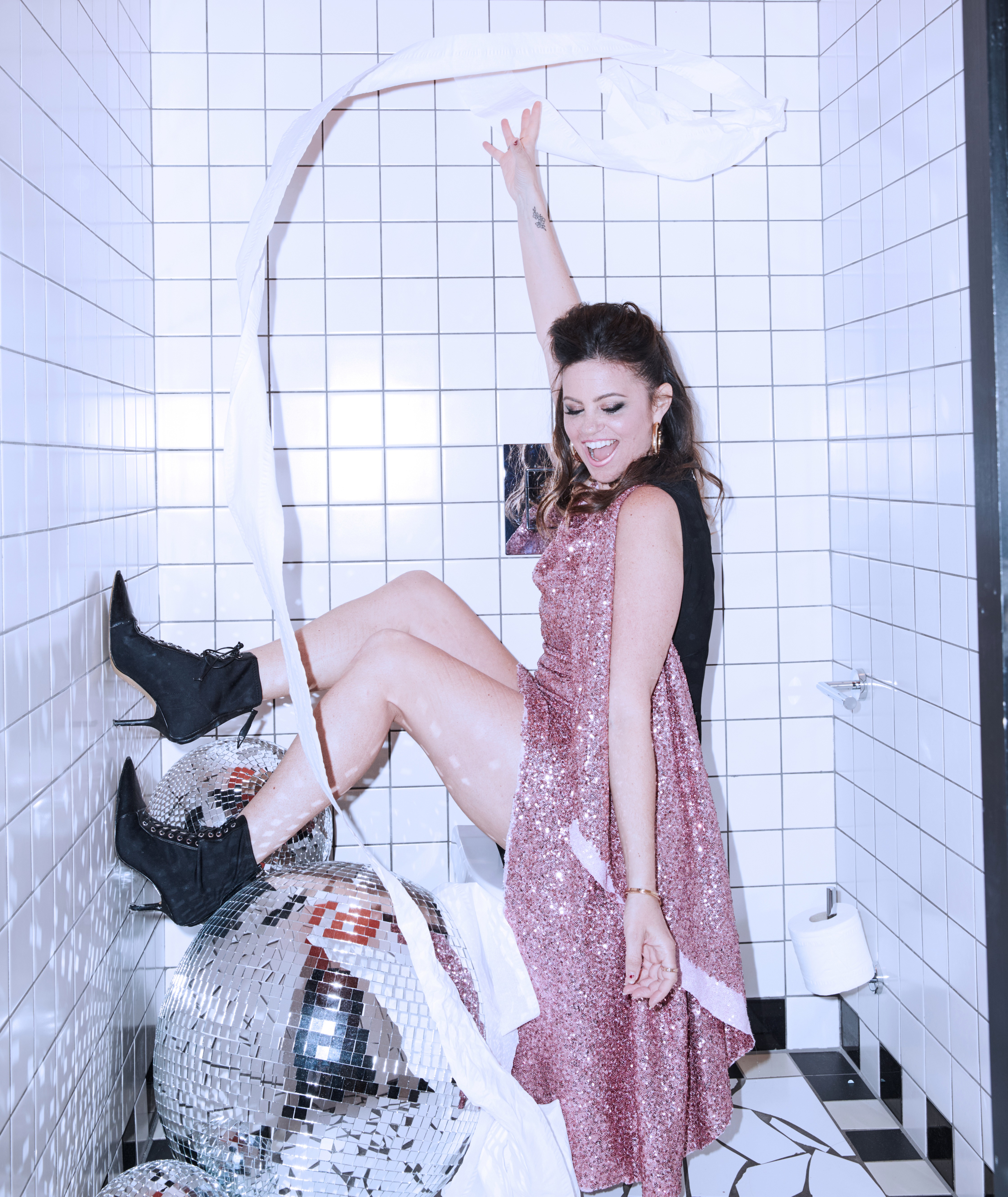 Yet, bowel cancer is exactly what they have in common – the incurable kind in most of their cases.

While the disease is more common over the age of 50, more than 2,500 young people are diagnosed each year.

Caught early, bowel cancer can be treated – even cured – yet 53 per cent don’t get a diagnosis until it’s spread.

And more often than not their cancer is in the advanced stages when it’s detected.

The best way to catch it early is to be aware of the symptoms. Yet just 1 in 4 people under 50 know what they are, according to new research by Bowel Cancer UK. 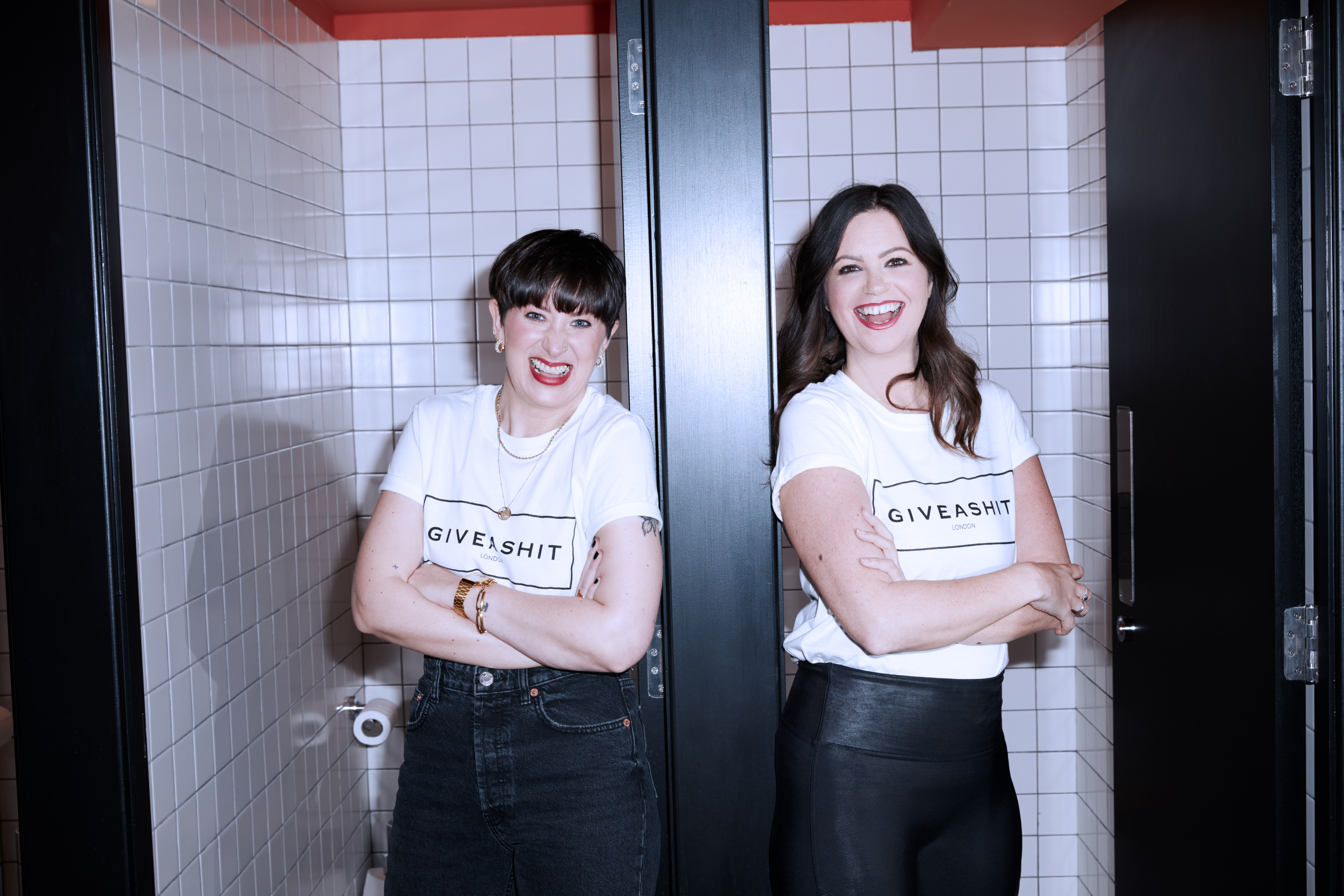 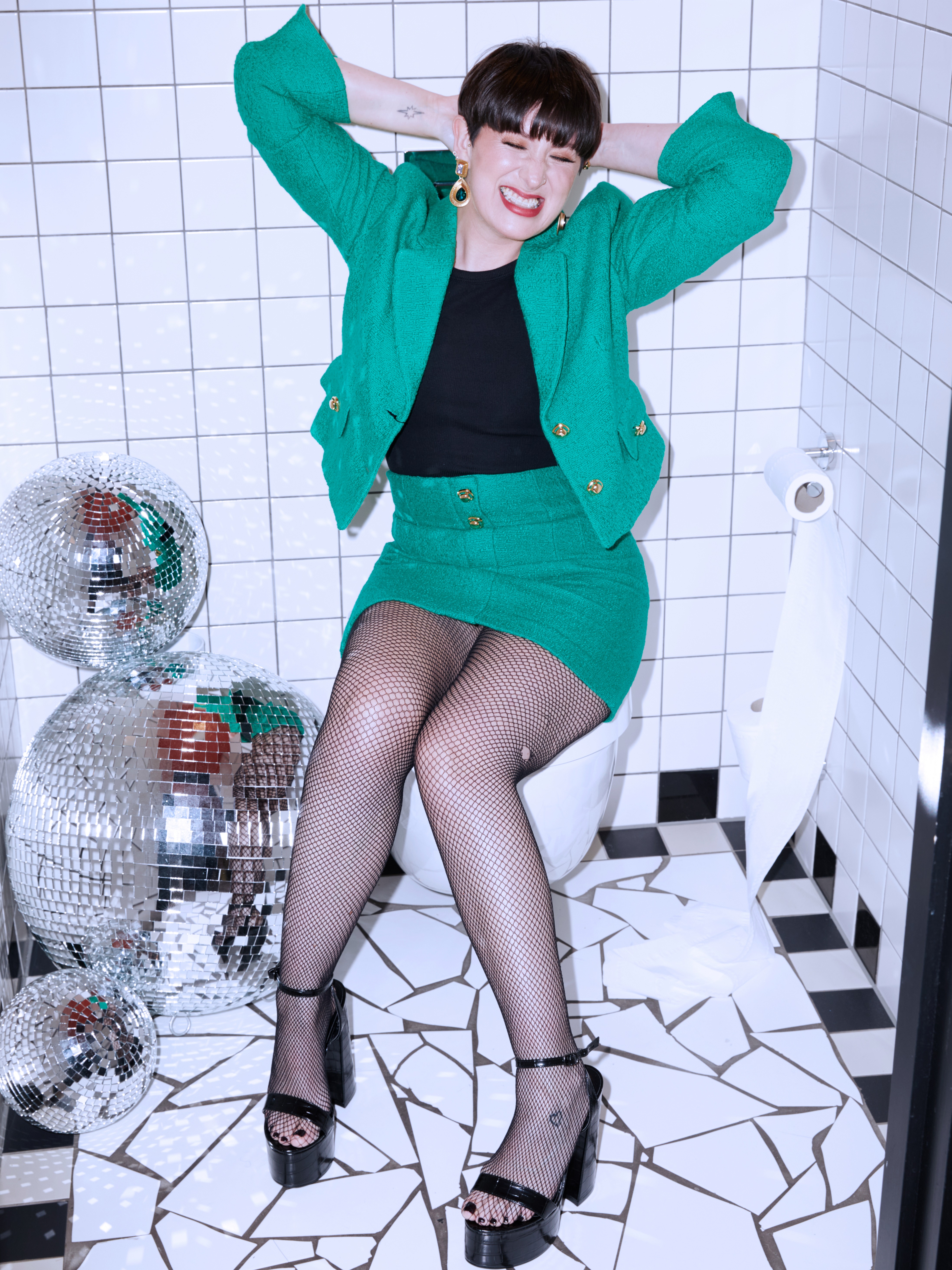 But this group of campaigners aims to change that. The charity GIRLvsCANCER, founded by breast cancer survivor Lauren Mahon, has joined forces with Sun columnist and her podcast co-presenter Deborah James, who was diagnosed with stage 4 bowel cancer at just 35.

The mum-of-two, now 39 from South London, tells Fab Daily: “It’s the UK’s second-biggest cancer killer, but bowel cancer can be cured. My dream is we get to a place where nobody dies of this disease.

“But to do that we have to break the taboo and start talking about our poo! Knowing the symptoms of this disease really could save your life.”

Lauren adds: "As young people we're not eligible for many screenings to catch cancer early and so it's of extreme importance that we're in tune with our bodies and are symptom aware.

"Noticing persistent changes to our bowels, boobs and bleeding and giving people the confidence to own their health and visit their GP armed with knowledge is hugely powerful."

Together, these incredible bowel babes, want to challenge how the disease is portrayed and flush the stigma down the loo.

Monique Buckingham, 25, from Colchester, Essex was diagnosed with stage 4 bowel cancer when she was just 21.

“I was 15 and at school when I first noticed symptoms, starting with fatigue then my toilet habits changed.

“I’d have constipation, then diarrhoea – but it wasn’t every day. 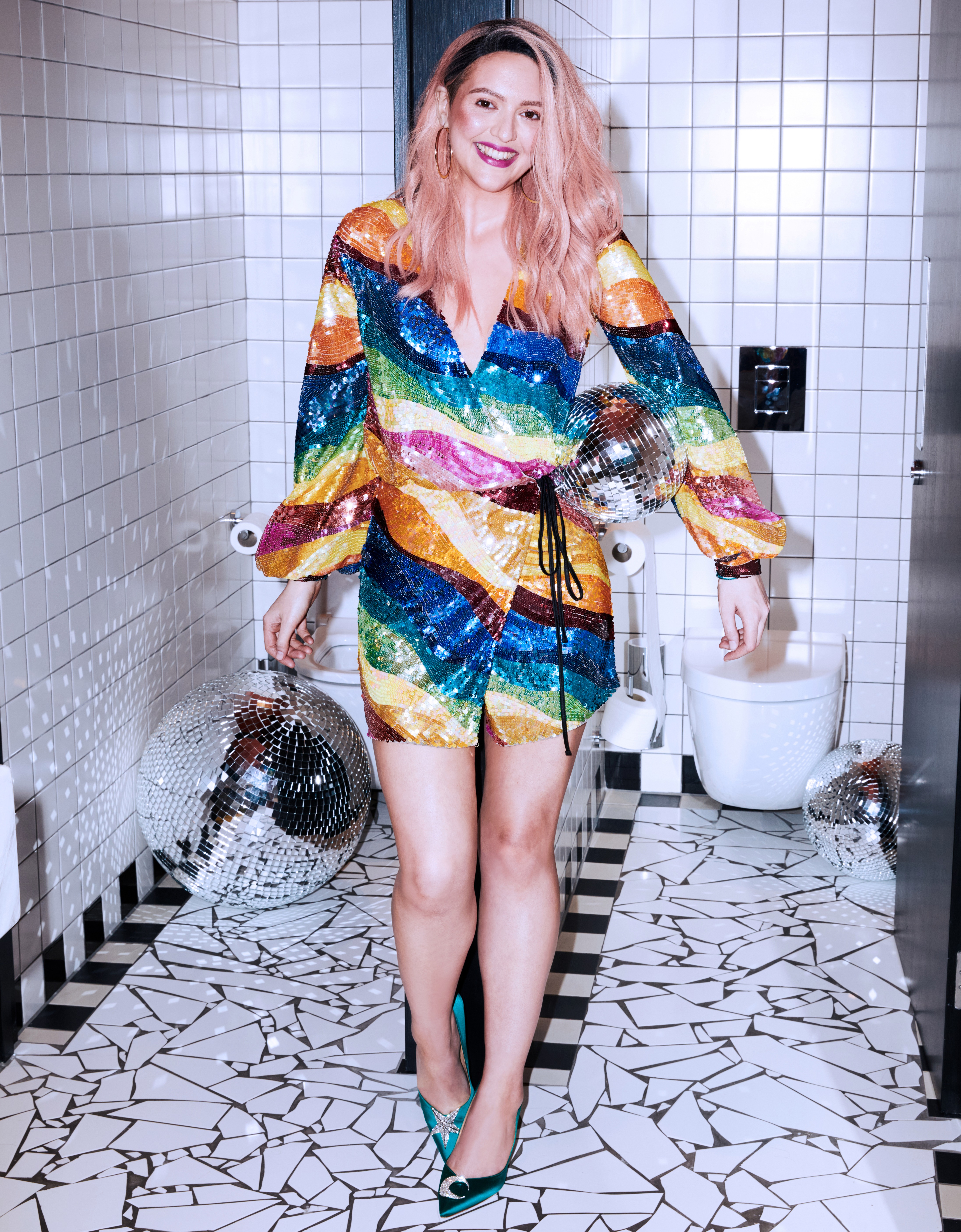 “Most days I was in excruciating pain to the point where I would be curled up on the floor.

“Then I noticed blood in my poo and a mucusy discharge when I went to the toilet.

“I went to the GP several times and even asked if it could be cancer but they said I was ‘too young’. “Instead, it was brushed off as IBS or stress.

“Just after my 21st birthday, I started being really sick and was rushed to A&E.

“Doctors discovered my bowel had perforated and said I would need emergency surgery. When I woke up I had a stoma.

“I was told the cancer had spread everywhere in my abdominal cavity.

“Incredibly, after 15 cycles of chemo, I was told there was ‘no evidence of disease’.

“But in August 2019 scans revealed it had returned and in July last year I had a total hysterectomy.

“I started chemo again this year after some worrying scans.

“The way I see it is that cancer is simply a part of your life, not your whole life.

“You can still thrive amidst a diagnosis and reach your full potential – and that’s what I intend to do.”

How you can Give a Sh*t 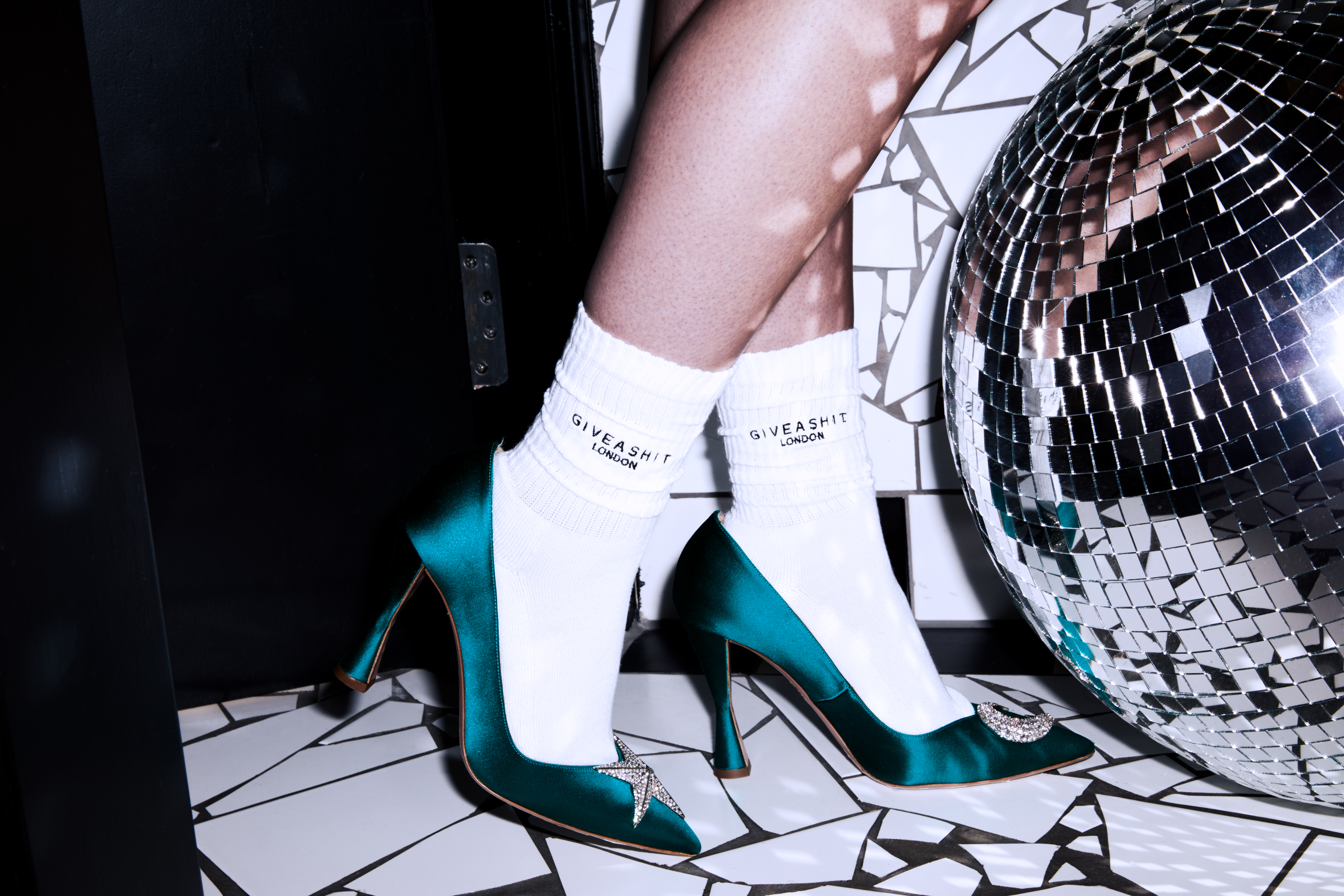 To raise awareness GIRLvsCANCER is selling special T-shirts and socks to help raise money for Bowel Cancer UK, with 20 per cent of each sale going to the charity.

Chief executive, Genevieve Edwards, says: “We’re incredibly grateful for this support and we are in no doubt that it will help to raise important awareness and funds for Bowel Cancer UK.”

Lauren Mahon, founder of GIRLvsCANCER tells Fab Daily: "As young people we're not eligible for many screenings to catch cancer early and so it's of extreme importance that we're in tune with our bodies and are symptom aware.

"Noticing persistent changes to our bowels, boobs and bleeding and giving people the confidence to own their health and visit their GP armed with knowledge is hugely powerful."

The T-shirts are £30, socks £12 and they’re available to pre-order from girlvscancer.co.uk

“As a dancer, I couldn’t have been healthier. But I was starting to get tummy aches and bloating, which my doctor put down to IBS.

“Six months later I began feeling really tired and weight was falling off me.

“I put it down to working two jobs but soon I was unable to eat without being in agony. 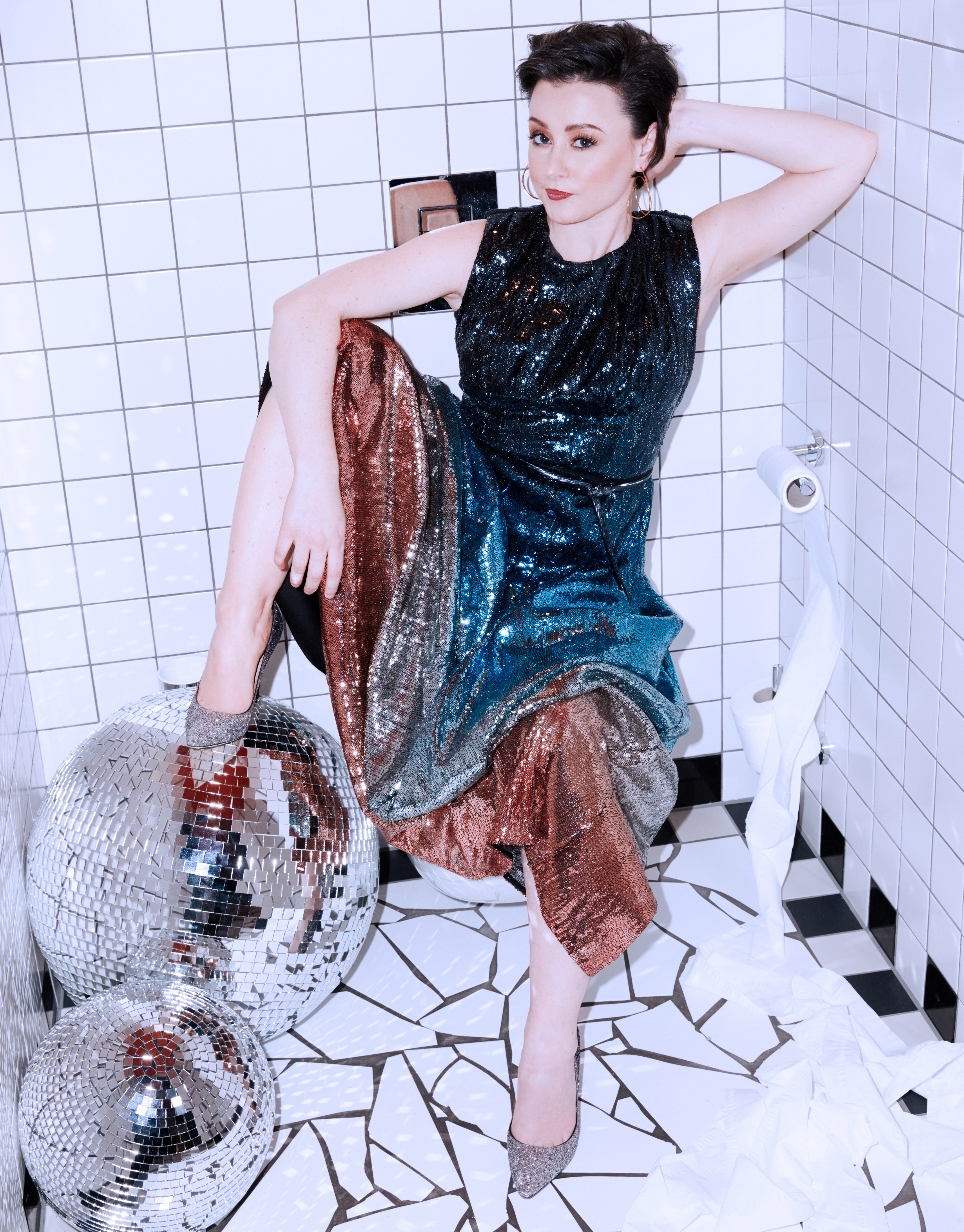 “That was when it got to the point where I was spending hours trying to go to the toilet and it wasn’t working. I was in so much pain I couldn’t leave the house.

“By the time my doctor sent me to see a specialist I was just relieved they were investigating.

“In February 2019 I was diagnosed with stage 4 advanced bowel cancer.

“My tumours were inoperable because they were growing on my spinal nerves, so the idea was to shrink them.

“The treatment was horrendous but it worked. Yet my next scan, three months later, showed it had returned.

“The only real option was an op nicknamed the Mother of All Surgeries, which was delayed until last August, due to Covid.

“It meant removing my Fallopian tubes, ovaries, womb, cervix, vagina, anus, rectum and the bottom of my spine.

“Miraculously, I’ve made it to the point where I have no evidence of disease and I can walk again.

“We have to talk more about bowel cancer, and not feel ashamed.

“Without screening, bowel cancer isn’t one where you can look out for a lump or bump.

“That’s why it’s so important for young people to know and catch symptoms early.”

KNOW THE SIGNS: What is bowel cancer and how can I spot it?

Knowing the red flag signs of bowel cancer could save your life.

Bowel cancer is where the disease starts in the large intestines.

It's also referred to as colon or colorectal cancer, because it can also affect the colon and rectum.

Not all will turn cancerous, but if your doctor finds any, they will tend to remove them to prevent cancer.

If you notice any of the signs, don't be embarrassed and don't ignore them, make an appointment with your doctor.

Bowel cancer can be treated, especially if discovered early. But without knowing the signs, people run the risk of a late diagnosis.

Only 15 per cent of cases are found early in England.

The Sun’s No Time 2 Lose campaign has been calling for NHS screening to be rolled out to those in their 50s in England and Wales for three years alongside Bowel Cancer UK.

A victory was reached when the NHS confirmed it would lower the age from 60 to 50 in 2018, but it is yet to be implemented.

Genevieve Edwards, chief executive at Bowel Cancer UK, said: “We urge everyone, no matter what their age, to familiarise themselves with the symptoms of bowel cancer and contact their GP as soon as possible if they have any signs, including bleeding from their bottom, blood in their poo, a persistent and unexplained change in bowel habit, unexplained weight loss, extreme tiredness for no obvious reason, and a pain or lump in their tummy.

“This will help ensure the best possible chance of an early diagnosis when the disease is easier to treat.”

Prison officer, Sophie Brown, 38, from Mitcham, Surrey was diagnosed with stage 4 bowel cancer in June 2019. She’s mum to Jacob, 12 and lives with her partner Anthony.

“Leaving my GP, I felt like I was losing my marbles.

“For several months I’d been having stomach cramps, constipation then diarrhoea, blood in my poo and fatigue.

“My doctor kept telling me it was IBS, it felt like they didn’t believe me. 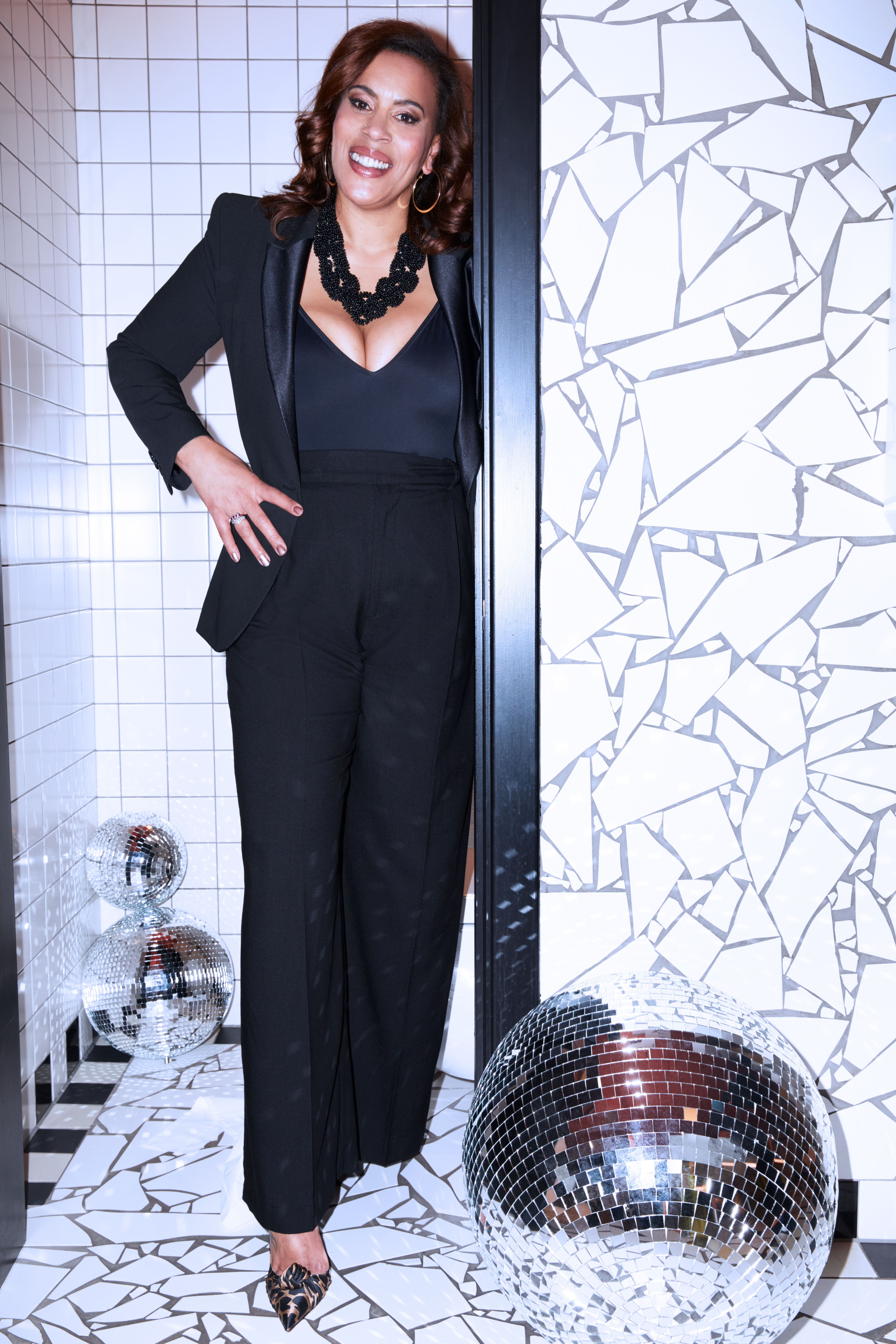 “My weight plunged to 7st and I was admitted to A&E eight times. Every time they said nothing was wrong.

“I thought I was dying, when I asked if it could be bowel cancer I was told I was ‘too young’.

“I was diagnosed with pelvic inflammatory disease and during surgery to remove my Fallopian tube my bowel was cut by mistake. That is when they spotted the tumour.

“It was devastating to be ignored, but I felt relieved at the same time.

“I’ve ended up having an op to remove all the organs in my pelvic cavity. I woke up with two stoma bags, something I’m still coming to terms with.” 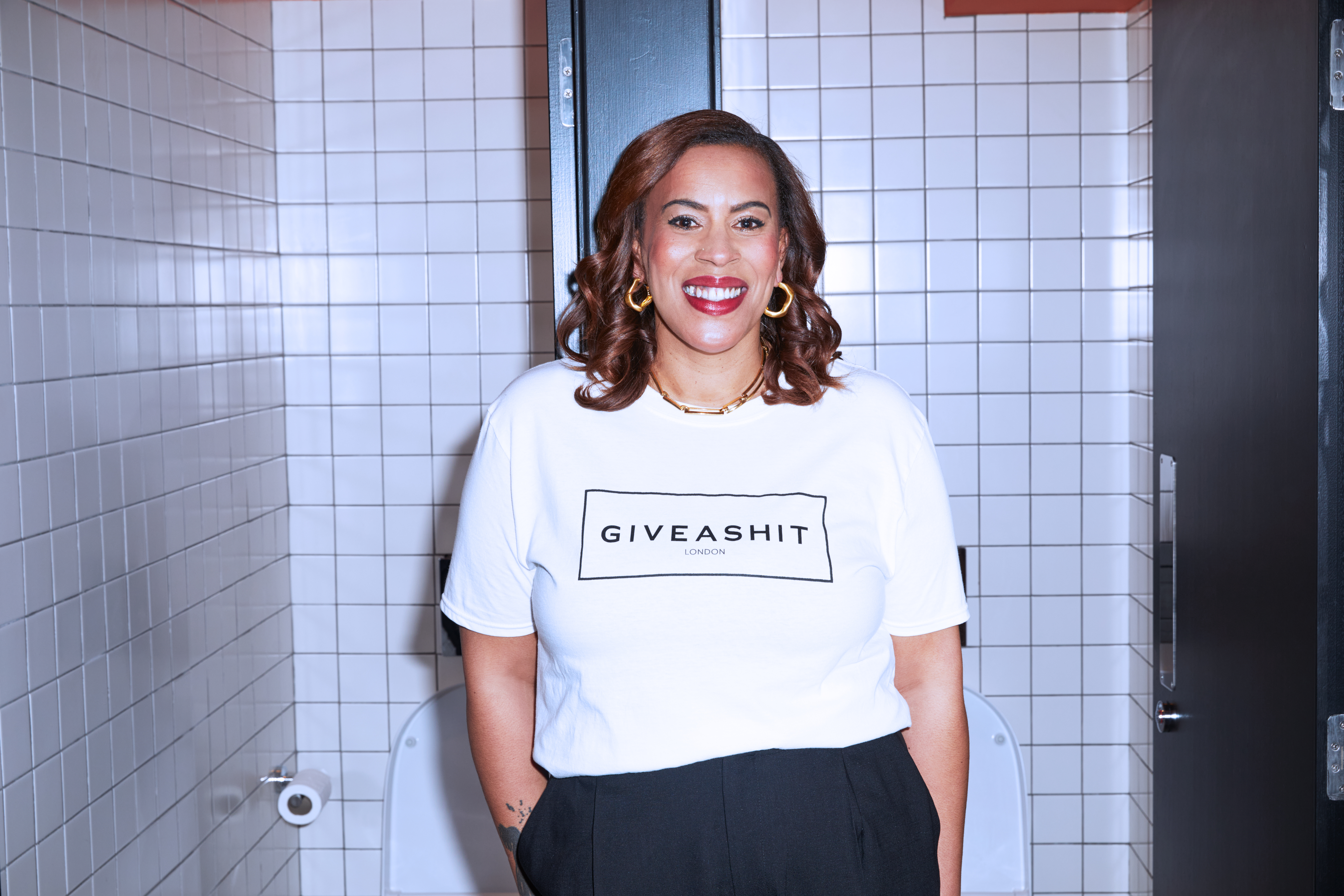 Actress Debra Michaels, 60, from Brantham, Lincs, was diagnosed with advanced bowel cancer in May 2010. She’s married to opera singer Gregg Baker with whom she has four step-children.

“I was 40 when I started suffering excruciating stomach cramps and trapped wind, but didn’t think much of it.

“In 2008, my bowel movements were very irregular, which was a red flag for me as I’d always been regular.

“I was living in the US and it took over a year of visa problems before I could come back to see my consultant. Three months later I was diagnosed with stage 3 bowel cancer.

“I had radiotherapy, chemo and my first operation, that left me with a temporary ileostomy. 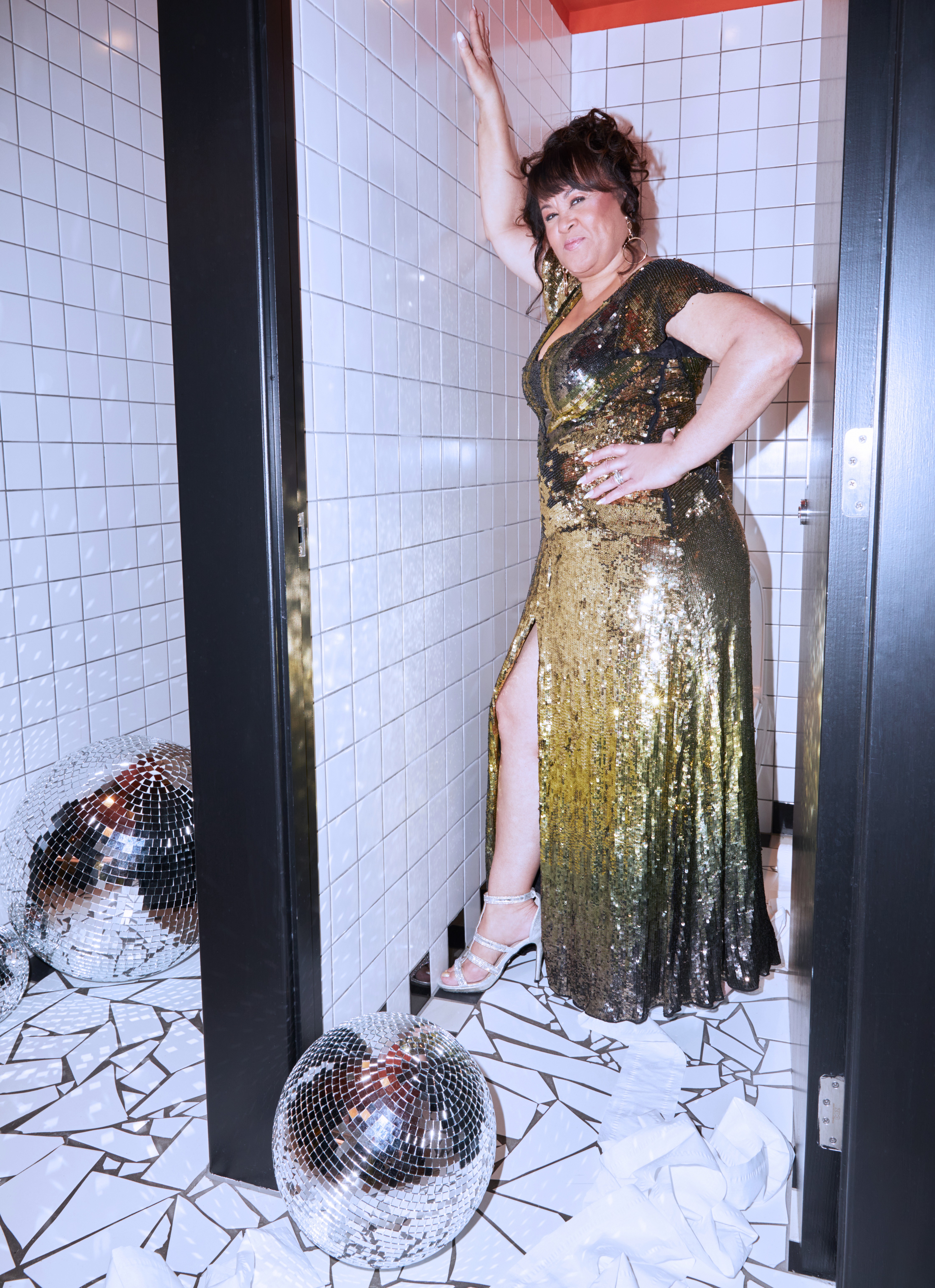 “After six months of chemo, my scans came back clear and I was in remission so went to see about having my stoma reversed.

“That’s when they found a vaginal fistula, a hole had appeared that meant I was pooing out of my vagina.

“I had no idea that was even something that could happen. It blindsided me – more so than my cancer – I hid away for about four years.

“In 2016, a surgeon finally agreed to reverse my stoma and that year I got my first job back on stage.

“I still live with the long-term effects, but my pains and struggles are a reminder that I’m still here.

“People are embarrassed to talk about bowel cancer because it is about poo.

“At the end of the day you’ve just got to get over that – it’s the only way people become aware of these things.”

Shouting their message from the rooftops, Deborah, 39, is set to appear on ITV’s Lorraine next Monday to spearhead a new awareness drive.

In line with Bowel Cancer Awareness month Lorraine is launching a new "No Butts" campaign which aims to educate viewers on the signs and symptoms of bowel cancer.

Nav Johal, 40, from West London, was diagnosed with stage 2 bowel cancer in February 2019.

“I was 38, exercised regularly, had recently gone vegan and didn’t smoke, so my cancer couldn’t have come as more of a shock.

“I’d started to notice a small amount of blood when I went to the toilet but wasn’t that worried initially. 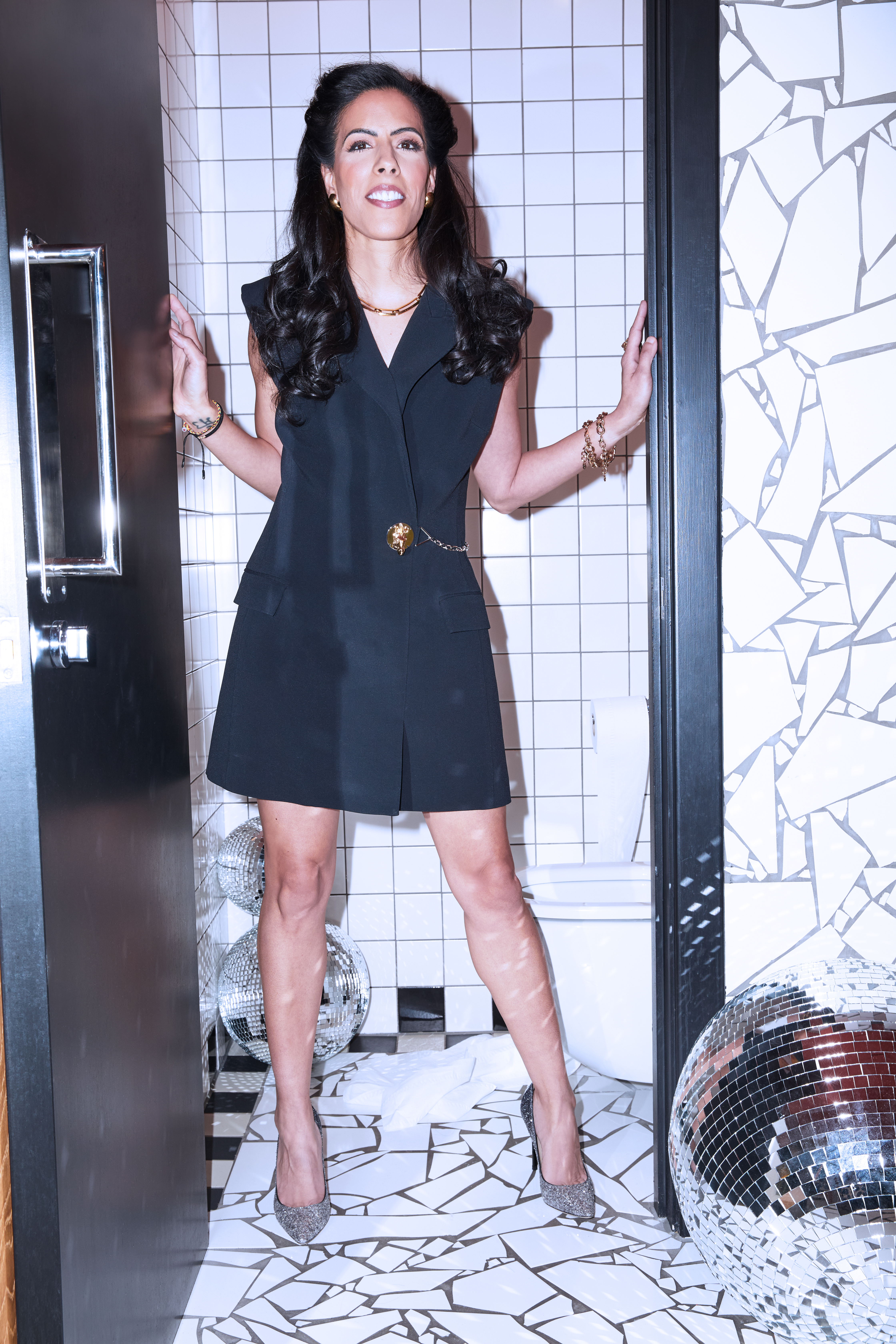 “My twin sister, Preeti, encouraged me to see a GP, but they weren’t too concerned and my blood tests came back fine.

“I started losing weight, it wasn’t drastic and I’d been running a lot so put it down to that.

“Another doctor asked me to come back, and said she wasn’t happy putting my symptoms down to IBS.

“I was referred for a non-urgent colonoscopy but during the eight-week wait, my health took a turn.

“I lost more weight, bleeding a lot and going to the toilet up to seven times a day.

“The consultant found a large 8-10cm tumour, but it was found early enough that I didn’t need chemo.

“I had to have surgery and in March 2019 I had two ops, including an ileostomy.

“I had no idea what a stoma was, it sounded awful. But, I’m still alive, the cancer has gone and it’s not as bad as I thought.

“I can still play football and exercise. I am just a different type of normal now.”