A THREE-year-old boy who was born with a tongue four times too big for his mouth needs surgery to stop the organ suffocating him.

Little Owen suffers from a rare disease called Beckwith-Wiedemann Syndrome (BWS), a condition that affects one in 15,000 babies. 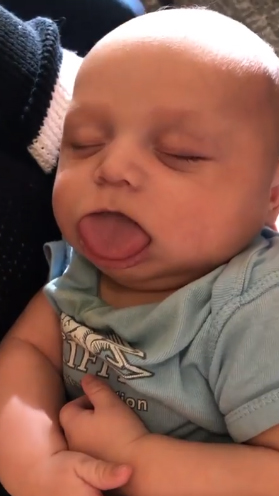 One of the main symptoms of the condition is large tongue size (macroglossia).

The condition causes difficulties with feeding, speech, the development of the teeth and jaws, and increased drooling.

Some children might need to have tongue reduction surgery to stop the tongue blocking the airways and doctors are now fighting against the clock to stop this happening to Owen.

His mum Theresa Thomas from Pennsylvania, US, received the diagnosis for her toddler in 2018, just two weeks after he was born.

At first doctors explained to Theresa that Owen’s tongue was “just a little swollen”.

But the 30-year-old said that further tests revealed that the organ was obstructing the child's airway, as it was four times too big for his mouth.

He underwent a lengthy surgery to remove two inches, eradicating obstructive sleep apnea and leaving him with a tongue that didn’t take up his entire mouth cavity.

What is Beckwith-Wiedemann syndrome?

BWS is a congenital overgrowth syndrome

What are the signs and symptoms of BWS?

Great Ormond Street Hospital states that the below are signs of BWS: 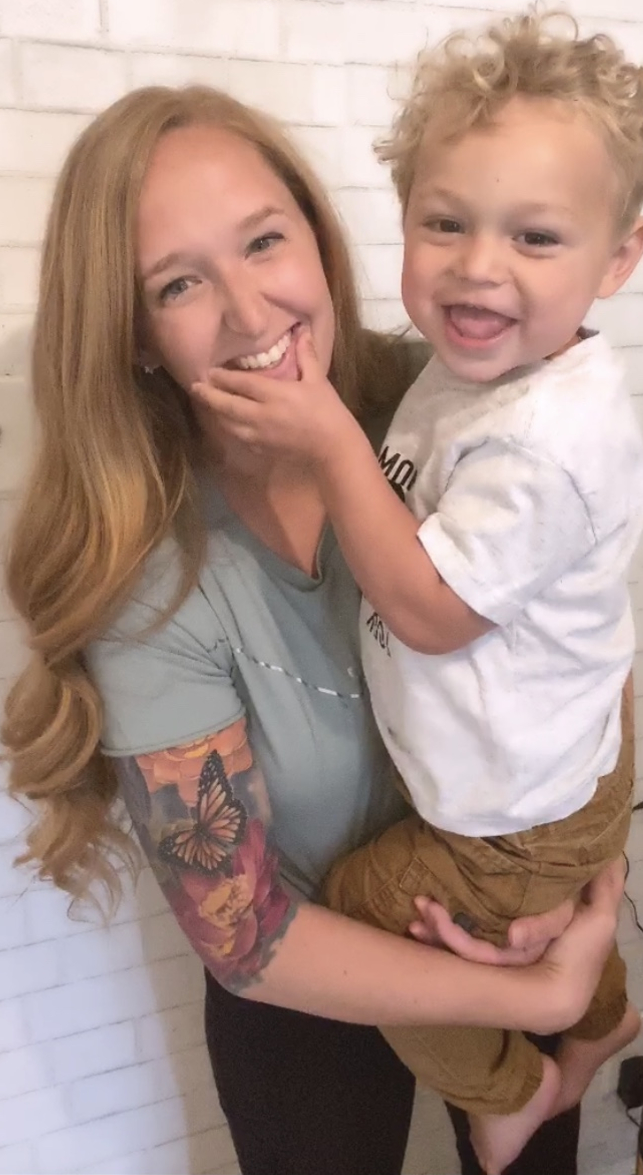 Unfortunately, it's not a permanent fix, as Owen's tongue continues to grow to this day and doctors are now trying to find a way to slow the growth, and operate on the young boy before it's too late.

Theresa who is a stay-at-home mum said: “Owen was officially diagnosed at the Children’s Hospital of Philadelphia by their BWS genetics team.

“I knew in my heart that this is how Owen was made and that he had BWS but even though I knew it, it didn't make the official diagnosis any easier.

“I remember feeling sick to my stomach and I almost vomited at the appointment.

The syndrome was discovered in the 1960s and doctors are still learning about the condition. 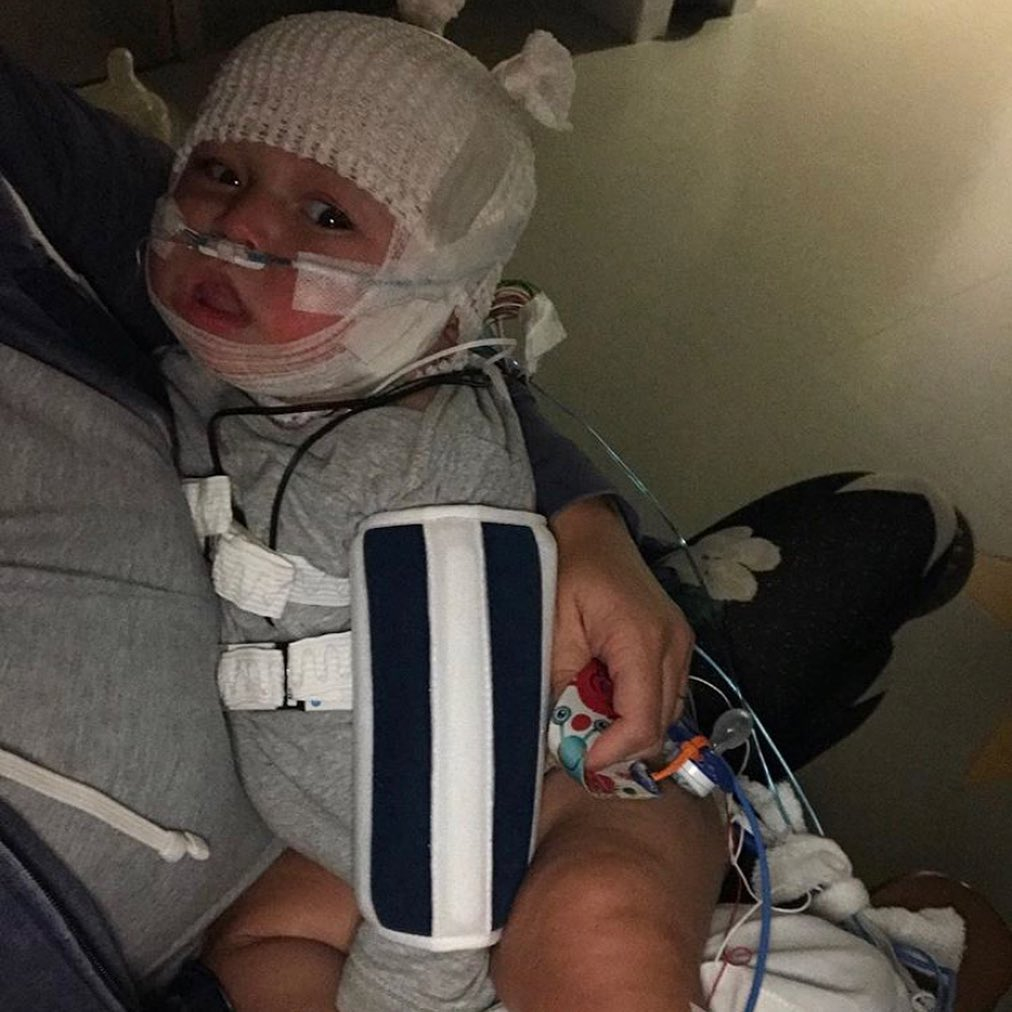 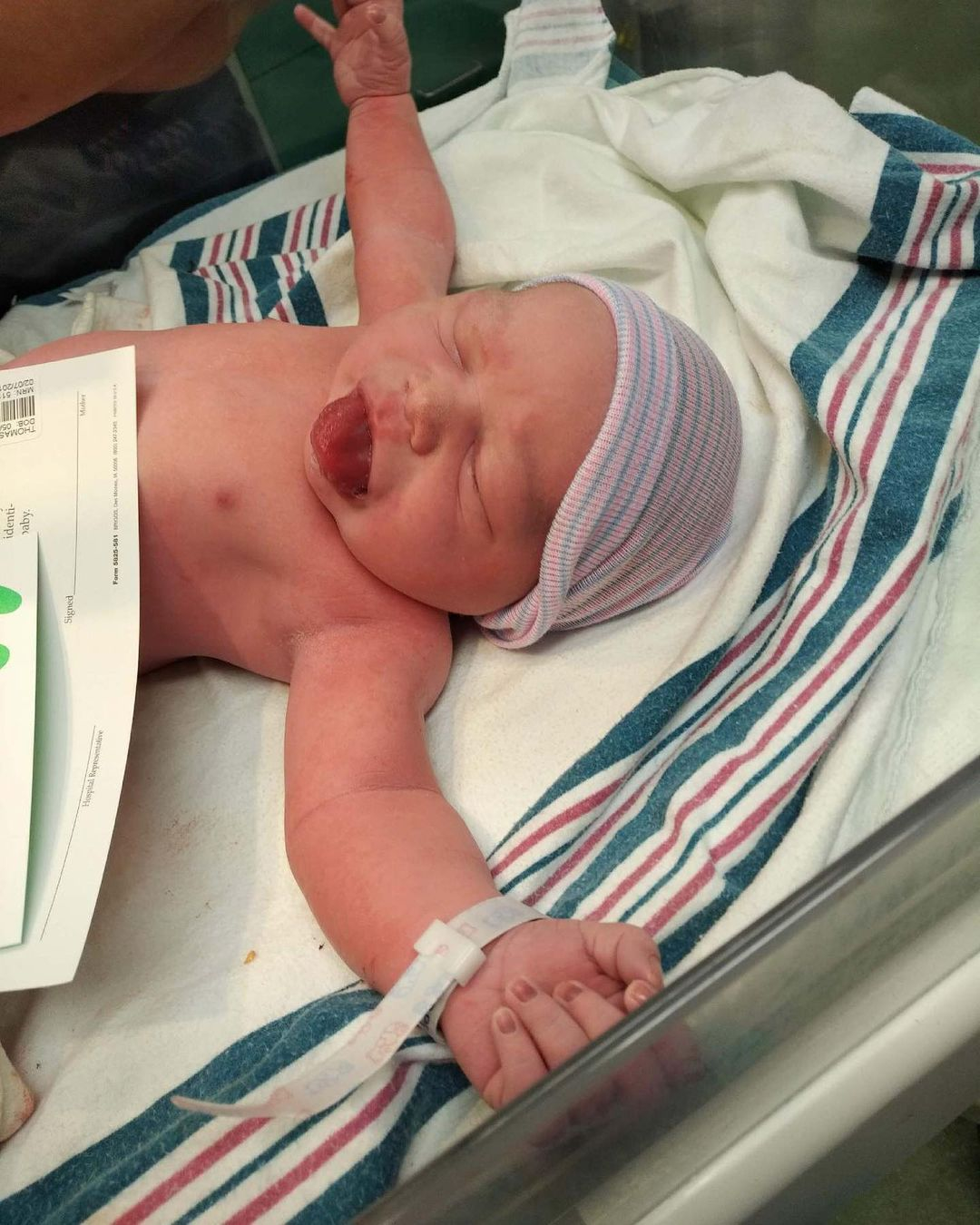 Throughout the pregnancy with Owen, Theresa said everything was normal – except a few scans that showed he measured up large.

On 7 February 2018 Owen was born via C-section and weighed just under 12 pounds.

Theresa said: “Because he was so large they had a difficult time controlling my bleeding.

“My umbilical cord and placenta were also much larger than normal. I wound up losing a lot of blood during delivery and became anaemic.

“His tongue was enlarged at birth and they brushed it off and said they thought it was swollen.

“But my nurse told me that I should push the issue and the doctors started to investigate whether he had signs of BWS.”

After leaving the hospital the family went home, but Theresa and her husband Mike were forced to use a breathing apparatus to monitor him at all times – the results of which spurred plastic surgeons into taking action.

When the family first went home Theresa said she was unable to sleep.

She added: “Luckily, while we waited for him to see plastic surgery, we purchased the owlet sock to monitor his oxygen levels while he slept.

“I am so thankful we bought that little device. It alarmed me a few times telling us he wasn’t getting enough oxygen while he slept.

“It saved his life on multiple occasions.” 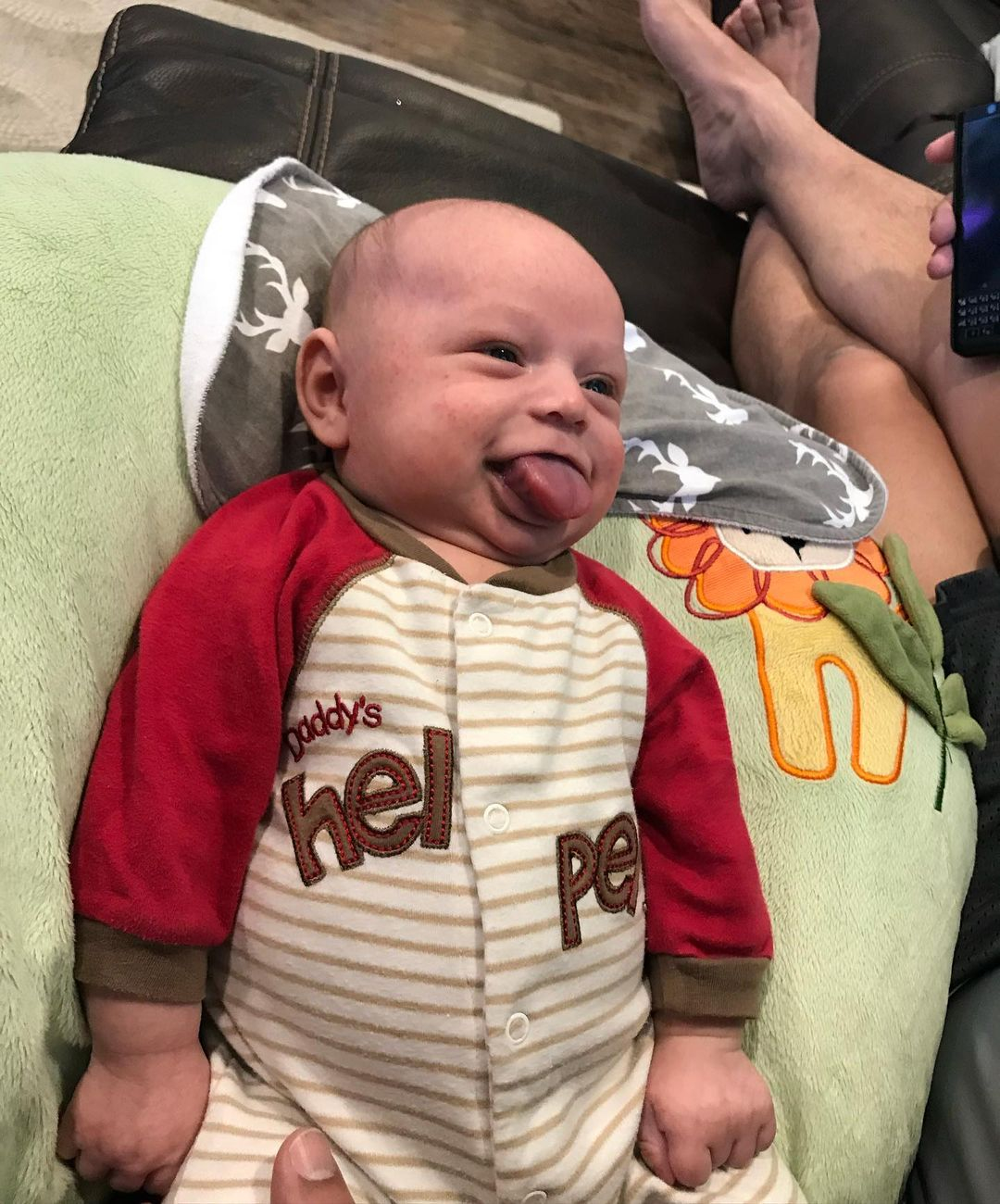 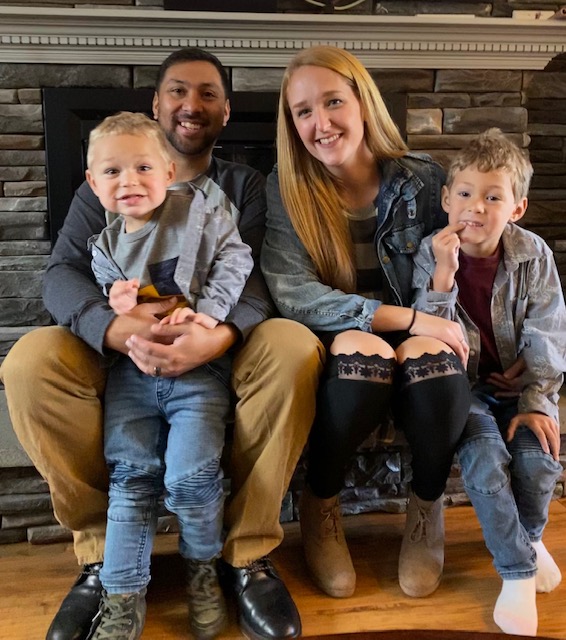 Theresa said: “The recovery was probably harder on me and my husband Mike than it was for Owen.

"We had very different ways of dealing with it.

"He handled it by acting like everything was fine, which was difficult for me so we had a lot of arguments in the beginning.

"However, over time we grew and learned how to communicate and be there for one another despite the fact that we handled his disease differently.

"I've felt helpless at times. You never want to see your child going through pain.” 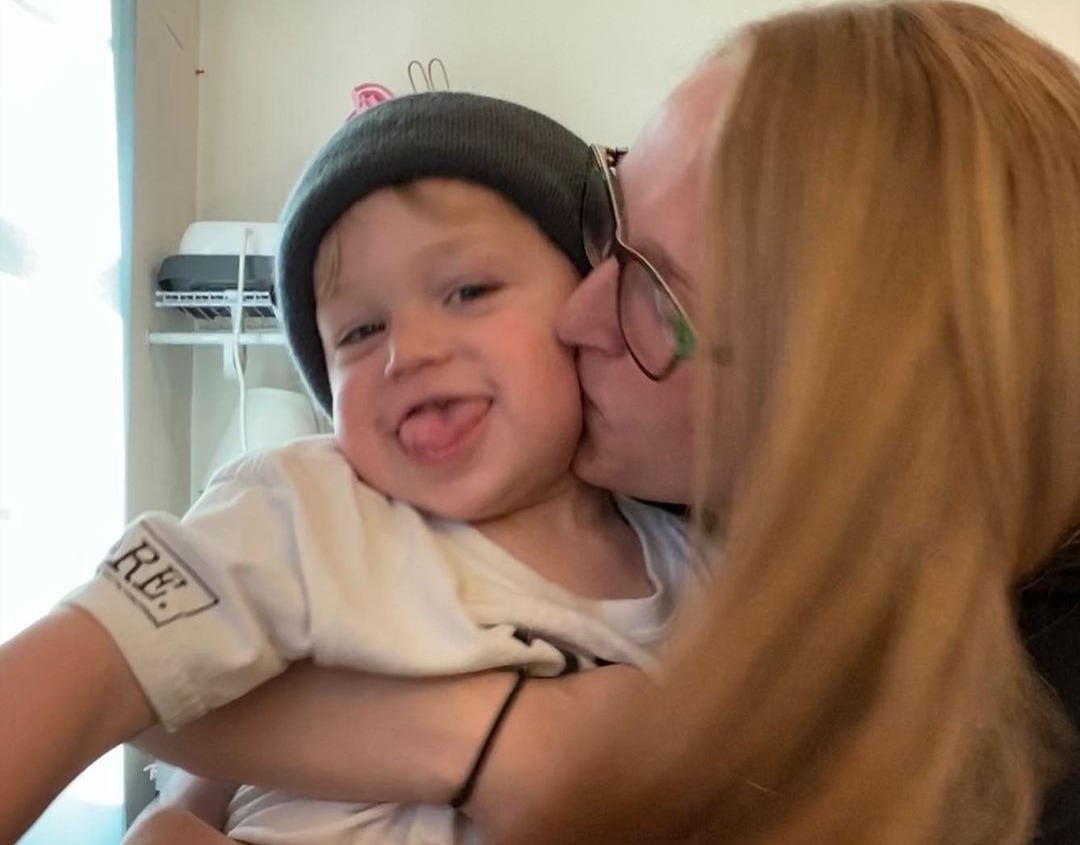 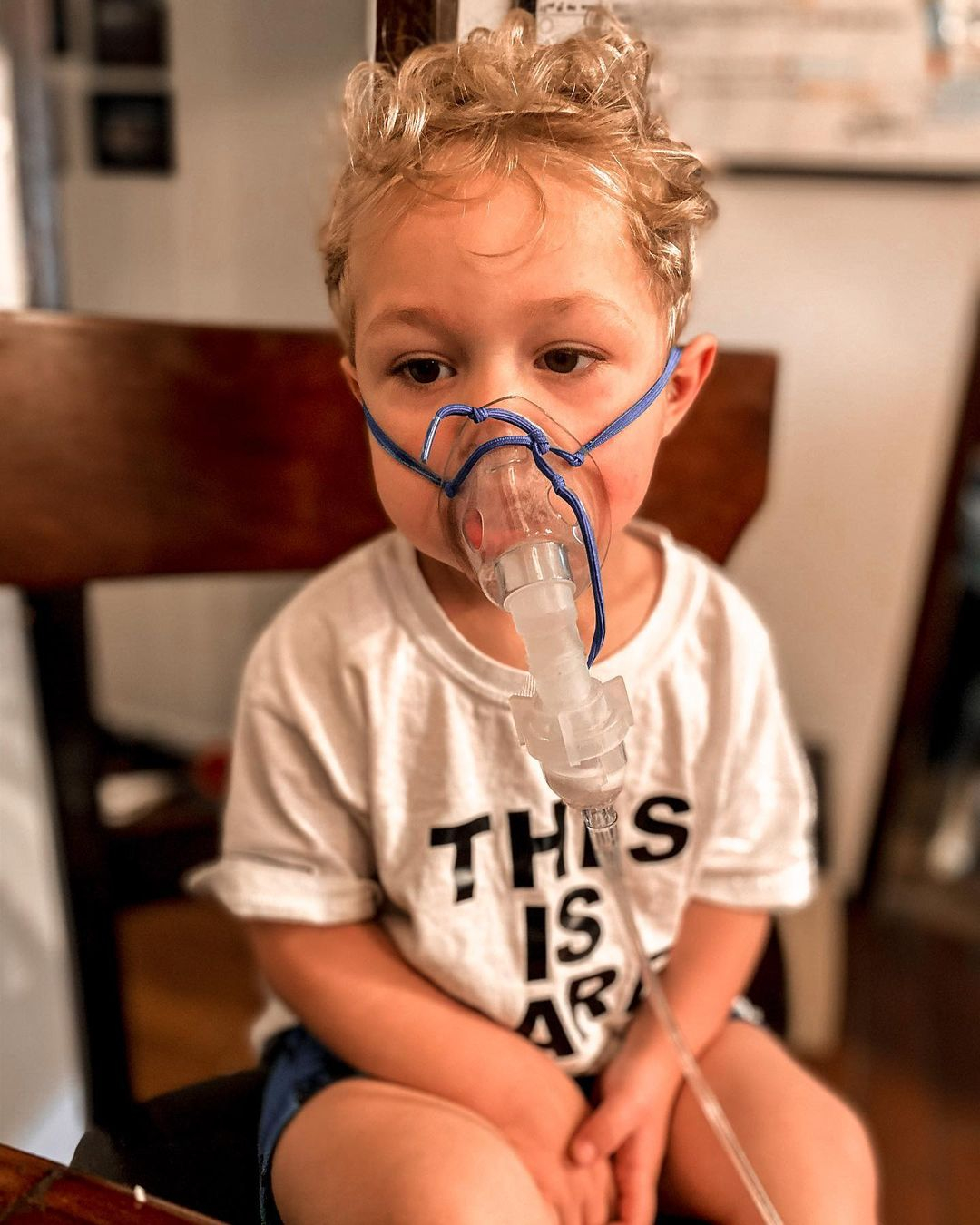 She added that “it’s one of the worst things” a mother can see and said she’s learned a lot about the “strength her son possesses”.

Theresa said: "It’s truly amazing to see how much he accomplishes every day.

“Once they took Owen’s' breathing tube out he ate like a champ from his bottle and never acted like he was in any pain.

"His stitches took a few weeks to completely dissolve. Before the operation, his tongue was always out of his mouth.

“So many times he would stop breathing in his sleep and choke so hard he would vomit."

But the family’s agony didn’t stop there and Theresa said Owen is at risk of developing cancer as a result of his condition – which she described as a “watch-and-wait syndrome”.

Theresa said:“Every child is different and is affected in different ways.

"Owen does have an increased risk of developing cancer so he is screened by ultrasound and blood work every three months.

“His type of BWS (UPD) means his tongue continues to grow. 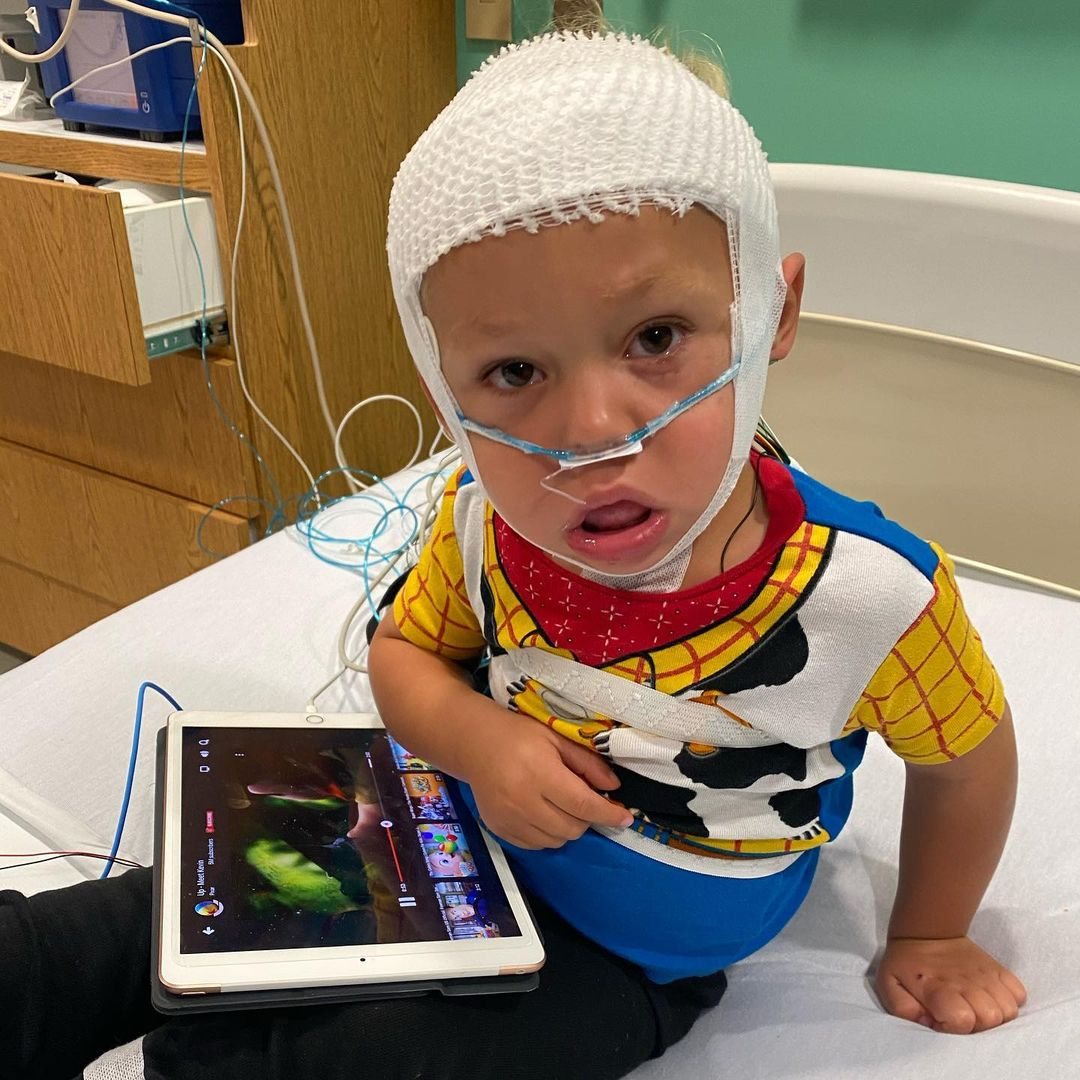 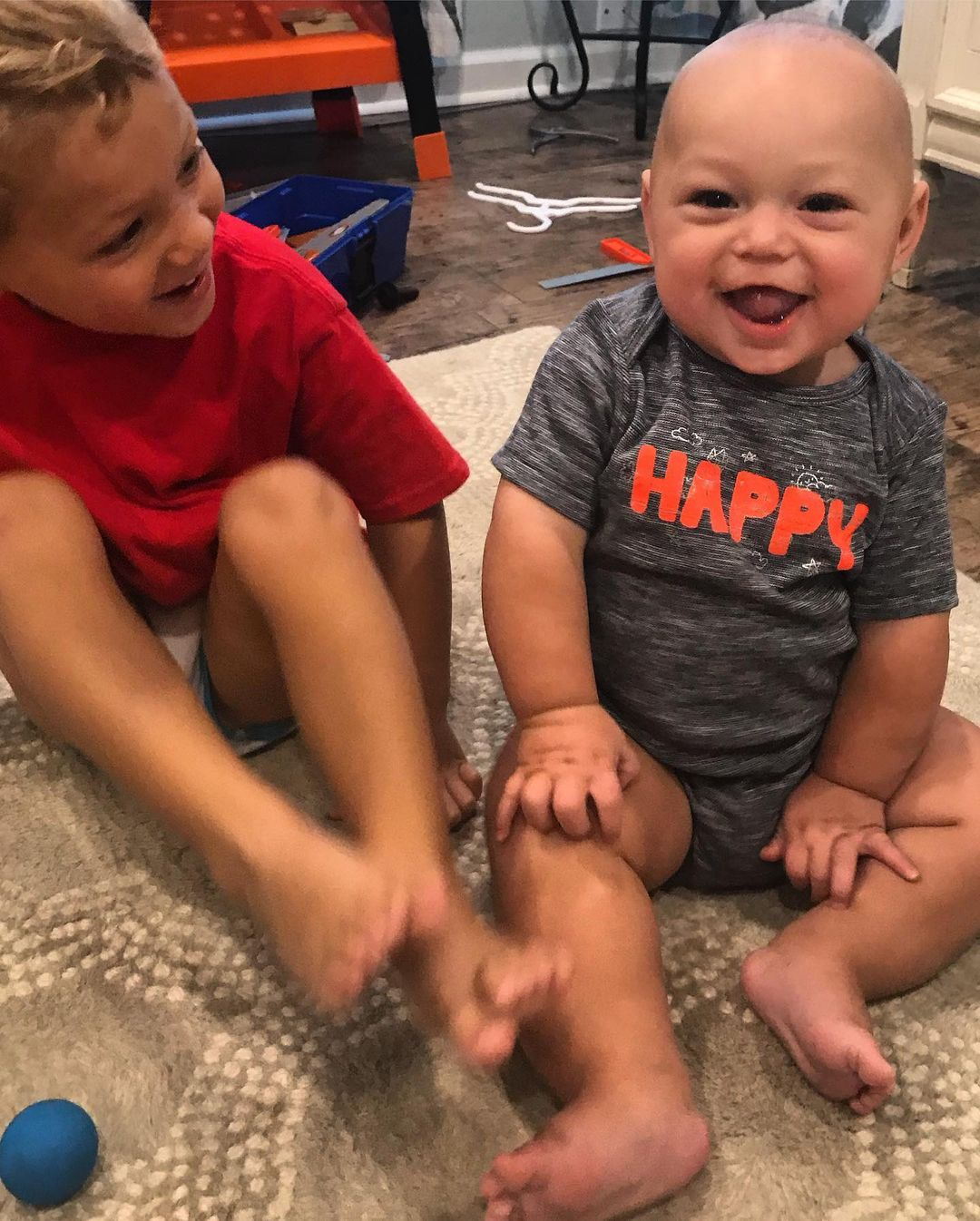 “This has been something that has been really hard for us to stomach because we see it getting bigger.”

Last summer the family met with Owen’s plastic surgeon to discuss the best options for the youngster.

Despite this major setback, Owen is steps ahead when it comes to his speech, having worked alongside a speech therapist.

Having speech and language issues is one of the main issues with macroglossia.

Theresa says she tries to make sure she doesn’t treat Owen any different to his brother Micheal who is six. 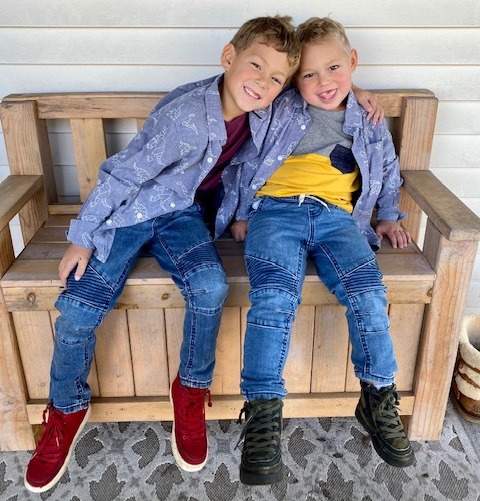 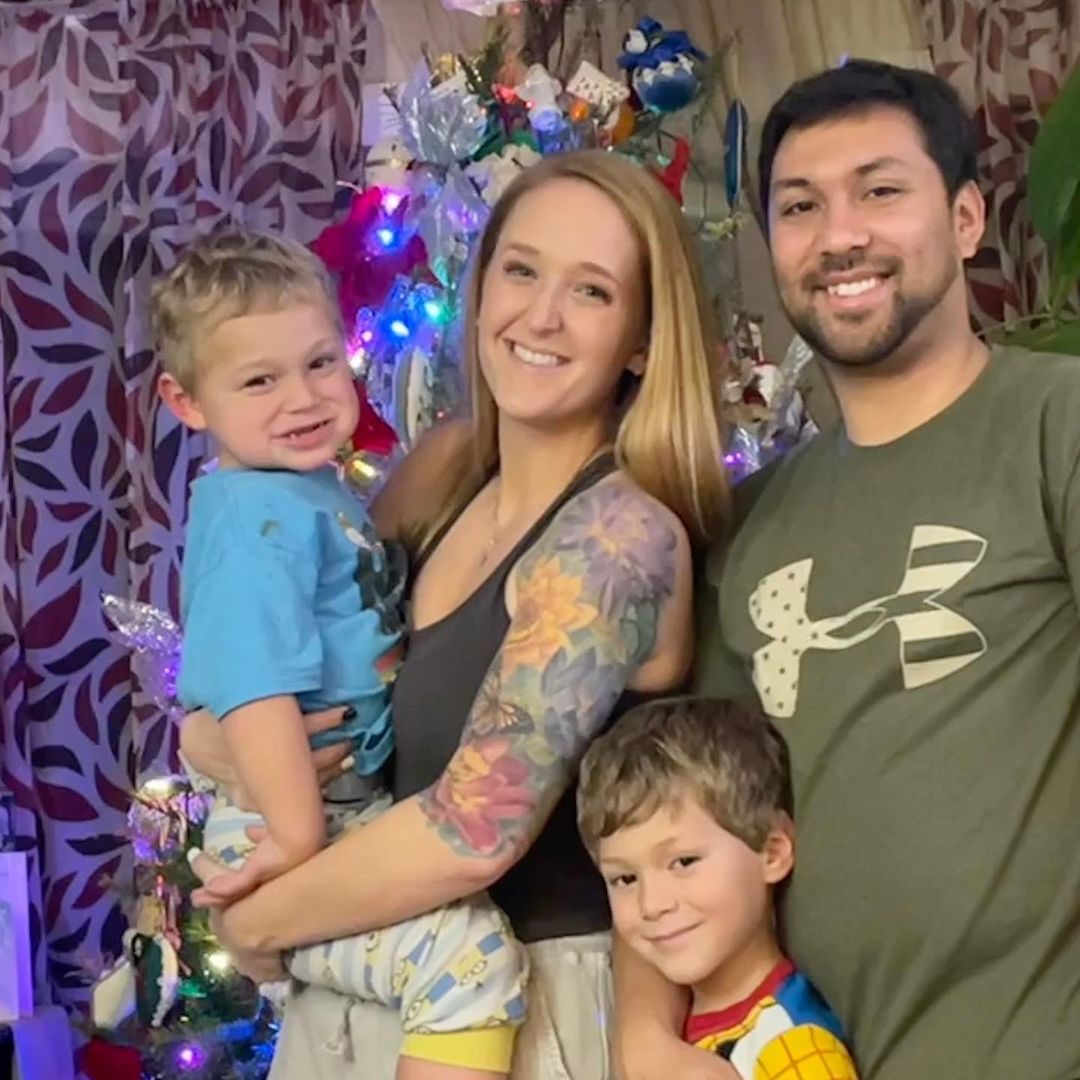 She said: "Owens's tongue affects his speech, as well as his eating. He has been in speech therapy very early on, which has helped so much, and also had feeding therapy to help him navigate eating solids.

"He drools more than most kids and in the summer we have to try to have him wear a hat when in the sun because his tongue does actually get burnt, but other than that he is doing extremely well.

"He is so far ahead of where he should be. We couldn't be prouder of him.”
Theresa uses her personal experiences of BWS to advocate for those not offered the same level of support as her family has received.

The mum also has a blog about Owen and her family's life with the rare disease, as well as co-hosts a podcast.

She added: “My hope for the future is that the standard of care for all BWS children will be universal.

“Right now that standard of care is not the same for all BWS depending on what country you live in. 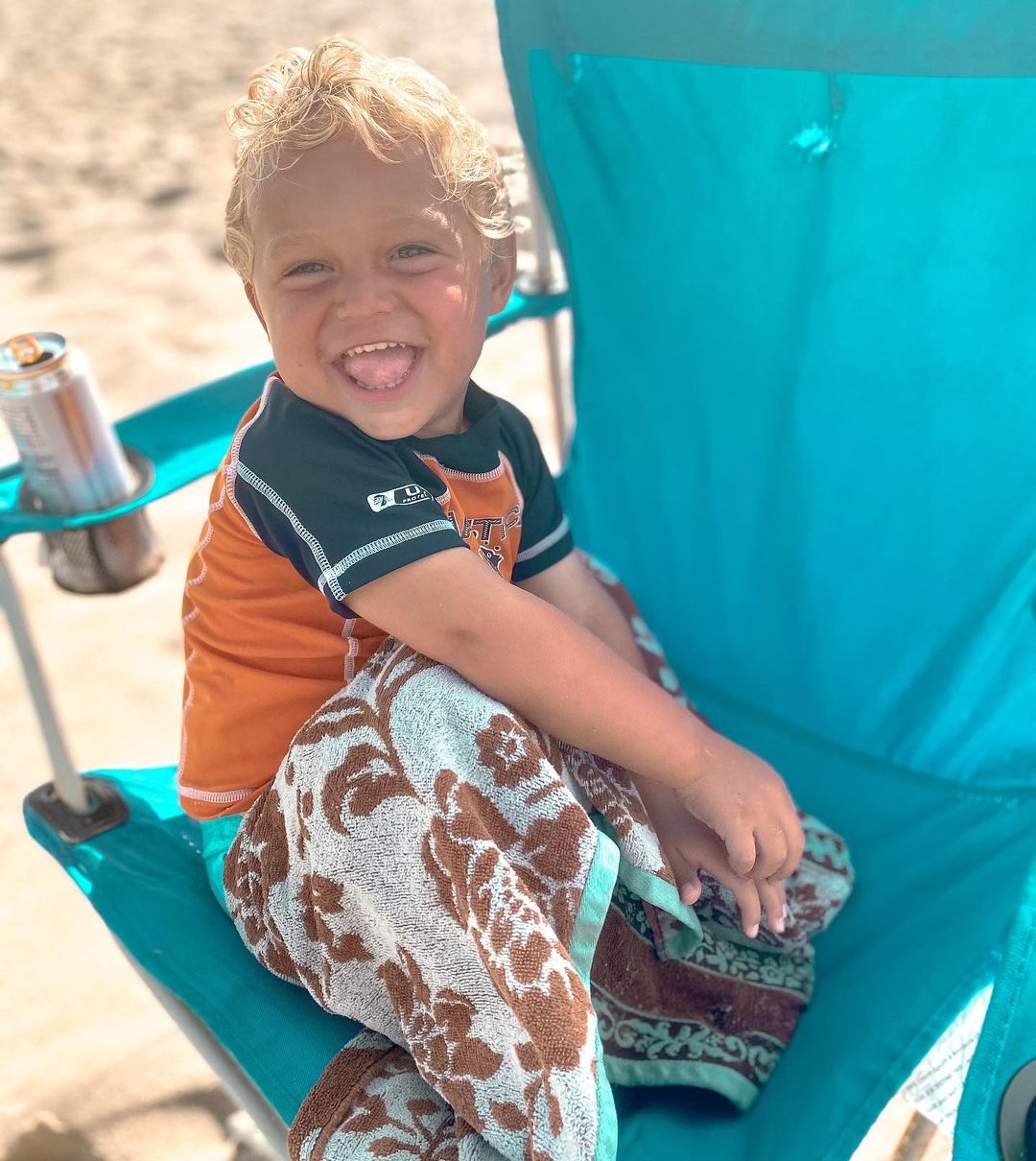 “Some places such as the UK do not screen BWS children who are in the lowest cancer risk group.

“My heart breaks for the mums I have connected with, knowing that their child is at risk for cancer and they are not being offered the screens.

“I also hope that more is discovered about BWS and adulthood and that more and more doctors become more educated in BWS so they know how to help BWS children and their families.”

Great Ormond Street Hospital in the UK however states that it does not recommend some screening for the condition.

It states: For all other children with BWS, we recommend kidney ultrasound scans every three to four months until the age of seven years.

"Tumours other than Wilms' tumour are uncommon in BWS.

"As they are uncommon and because there are no reliable screening tools, we do not recommend specific surveillance other than for Wilms' tumour."