WHEN little Jack Lacey developed a new smile which only used one side of his face his parents didn't think anything of it.

The youngster, from Sheffield, South Yorks, had always been a happy and healthy four year old and Wesley Lacey, 29, and Rebecca Oldham, 30, just thought he was copying someone else with his grin. 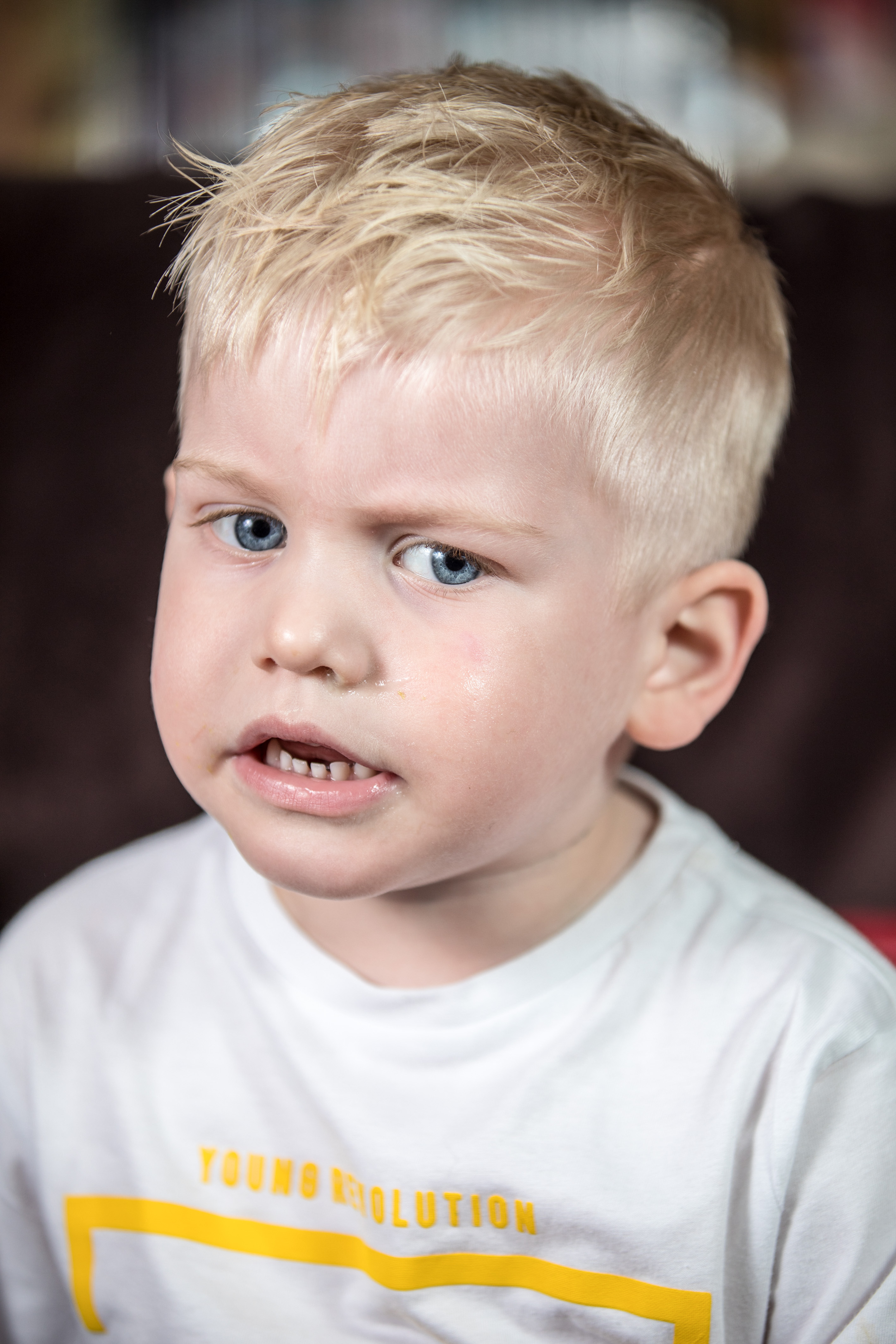 The last thing to cross their minds was that Jack would soon be diagnosed with a terminal brain tumour – and be given just months to live.

However, when Jack's health deteriorated their worst fears were confirmed – Jack had an aggressive cancer called Diffuse Pontine Glioma.

And, just a year on from getting his devastating diagnosis, brave Jack tragically passed away at home on February 10.

His parents are now sharing Jack's heart-wrenching story to urge other parents to be vigilant and never take their families for granted.

“The message I would give to other parents is to get their kids checked for everything, no matter how small it seems.”

Jack's parents' nightmare begun when they noticed a change in his smile at the start of last year.

We are in hell. We can’t actually believe he’s gone

At first, they thought nothing of it but they soon became more concerned when the tot developed a blink and night terrors.

And he soon started to walk with his hands in front of him to feel his way around.

After a CT scan at Sheffield Children’s Hospital just three weeks later, doctors confirmed Jack had terminal brain cancer and told his devastated family he had an average life expectancy of just one year. 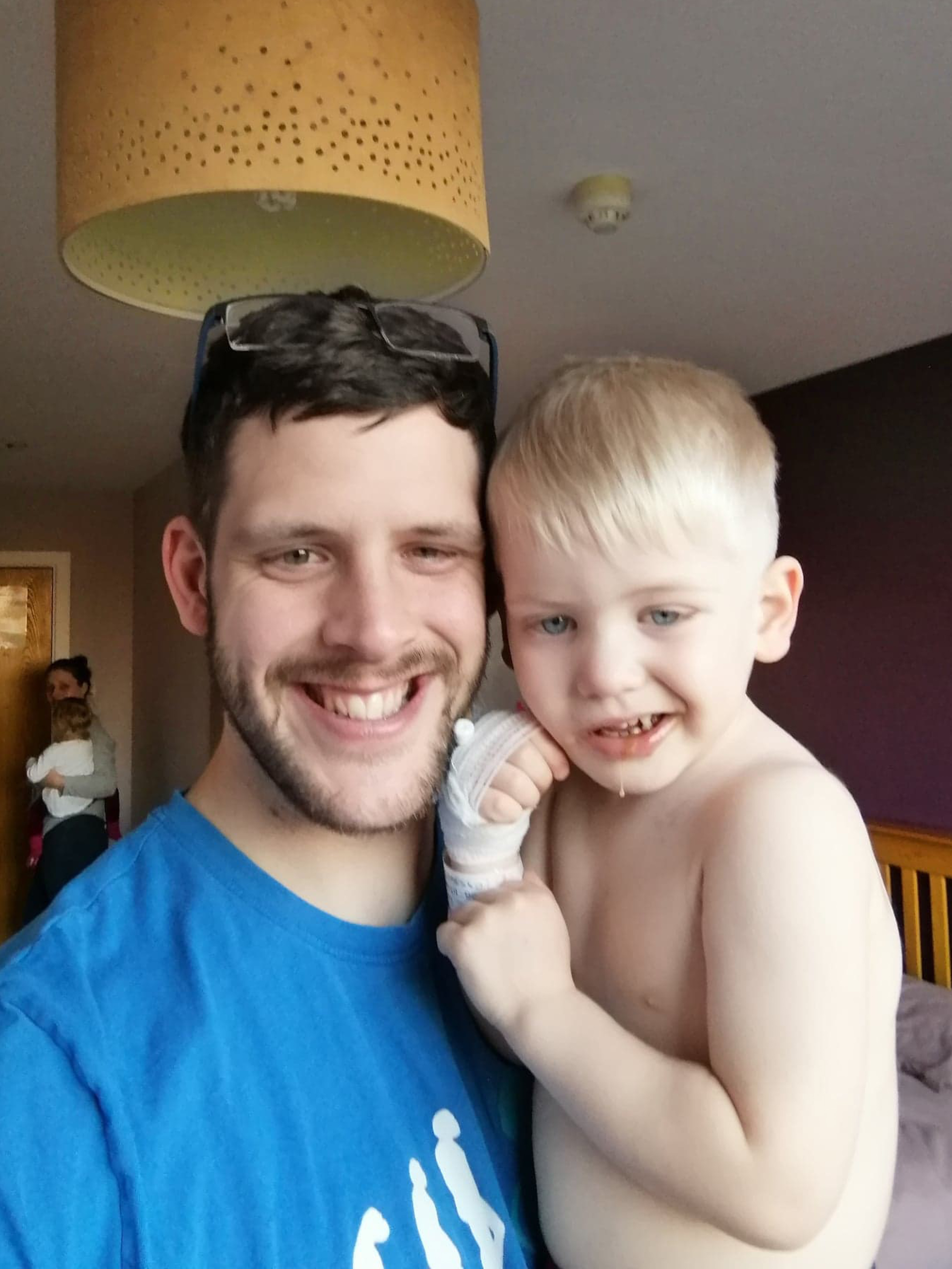 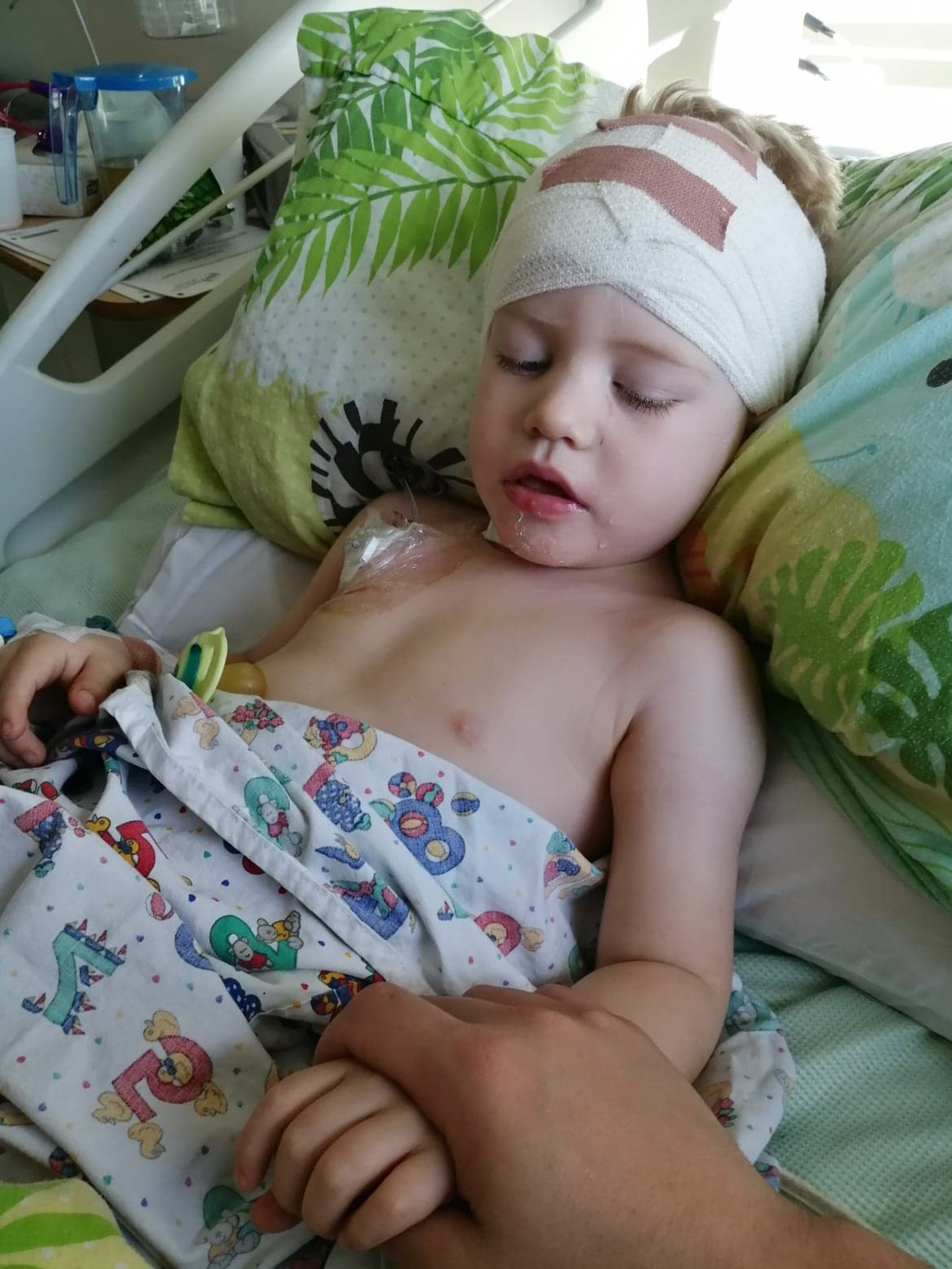 Medics told the family Jack's cancer was one of the only types of tumour they couldn't operate on because it had grown in such an integral part of his brain.

Over the next 11 months, the youngster was forced to undergo combined radiation and chemotherapy at Weston Park Hospital in Sheffield to help shrink the tumour and stop it growing.

And despite all the gruelling treatment, secondary school teacher hospital cleaner Wes and Rebecca were determined to give their little boy the ‘best life possible’.

They set up a GoFundMe page seeking donations to fulfil his bucket list, which attracted £45,000 after going viral around the world.

And with the generous donations, Jack's parents managed to organise helicopter and aeroplane rides as well as a visit from the Hells Angel's bikers in their home city and day trips to Digger World and Peppa Pig World before visiting Disneyland Paris in May, London in November and Gran Canaria last month as well as Portugal, Greece and Wales. 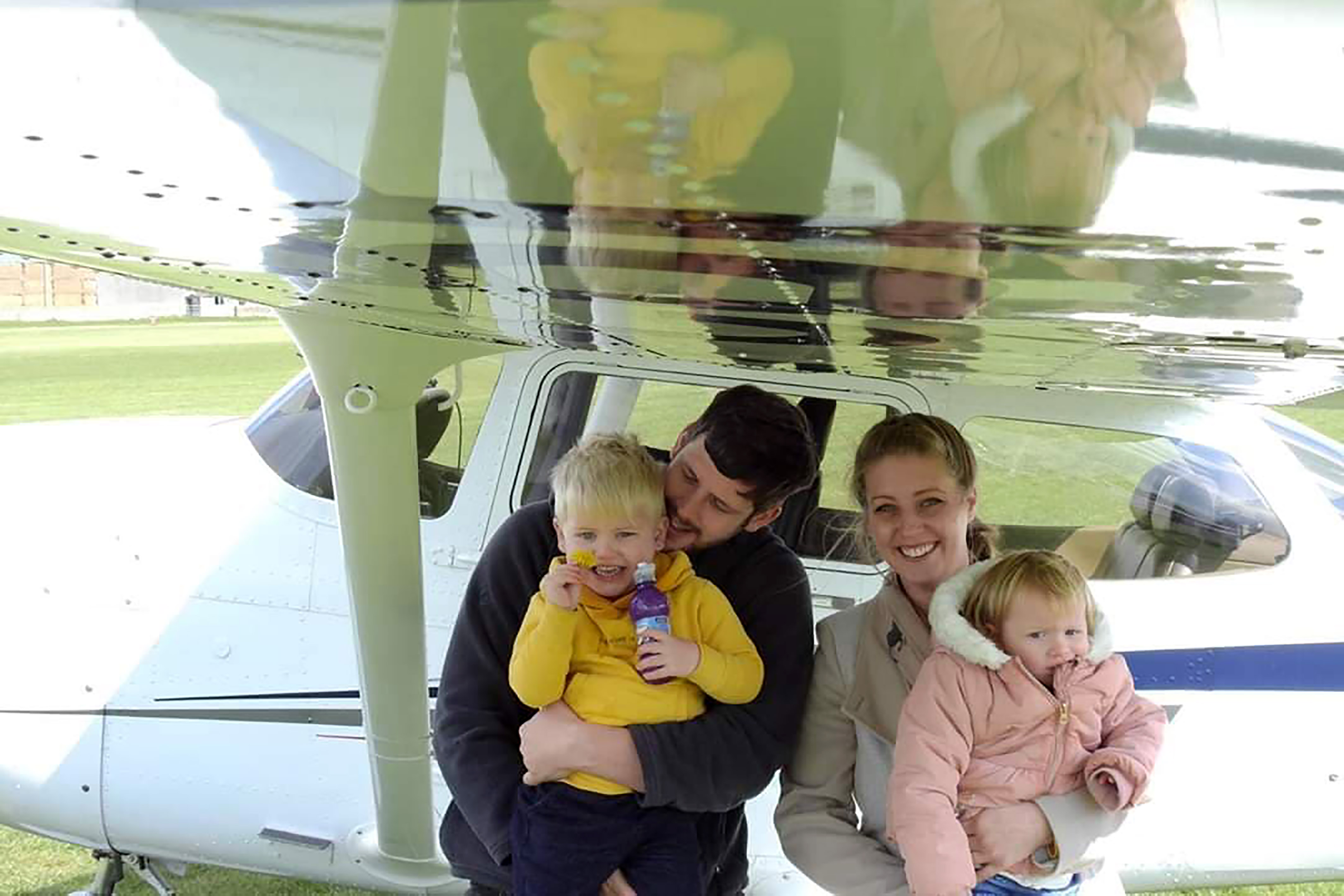 The determined couple put their lives on hold, taking the entire year off work to see their eldest child enjoy his final months to the fullest with his younger sister Lottie, two.

Wesley said: “This last year we have lived a crazy life, it has been a life without limits.

"Jack has done more in the last 11 months than most adults do in their entire lives.

“We received messages from people all over the world wanting to help and do things for us.

“If there was anything he wanted in life he got it.

“We just want to say thank you, there’s nothing more to say than it wouldn’t have been possible without that support.

“I’m going to remember his smile, his interest in absolutely everything, his tenacity and strength of willpower, which was just mind boggling.

“Even at death’s door he was still wanting to play and was pretending to steal our noses, but he was so weak he couldn’t lift his arms to put them back.” 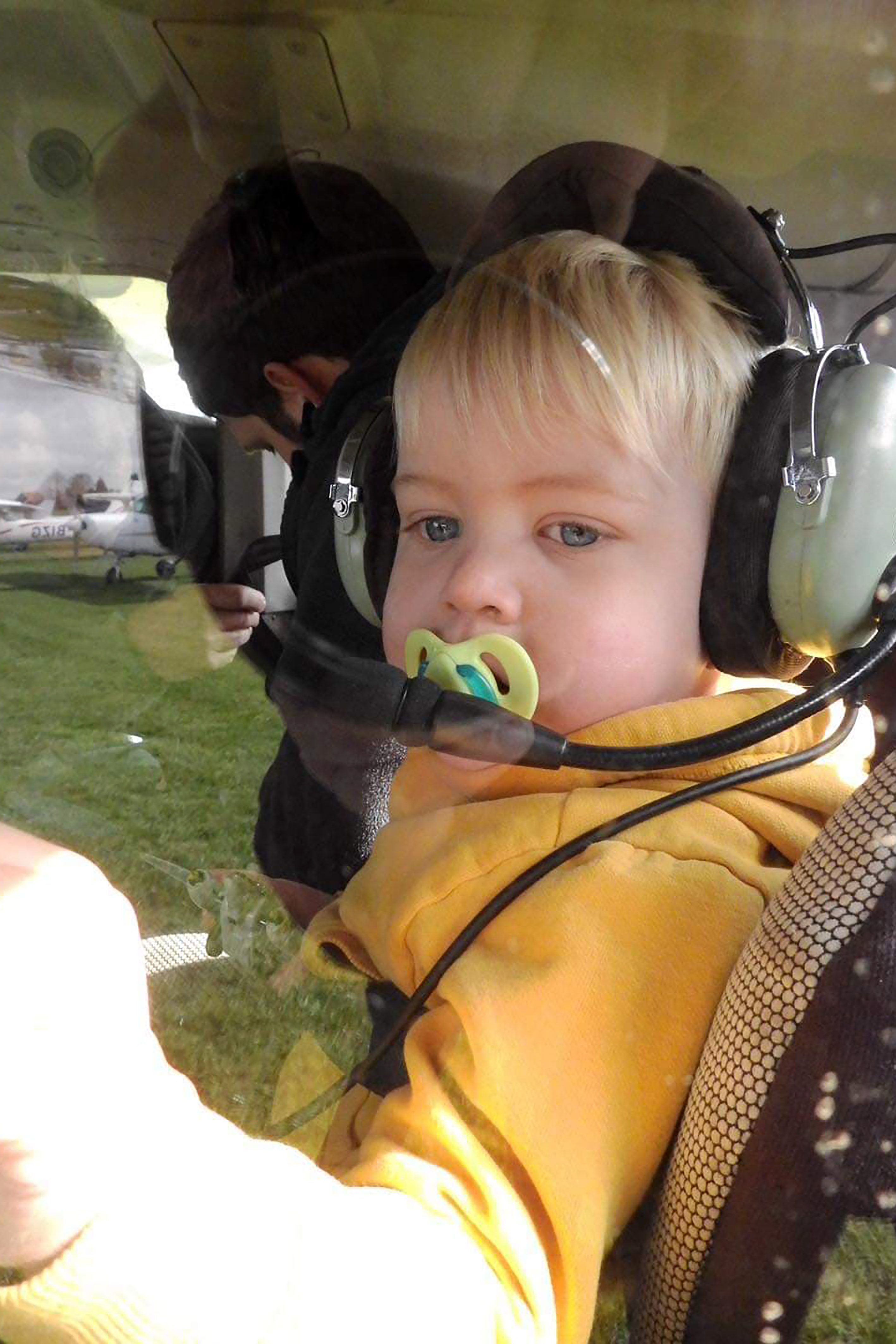 What is Diffuse Intrinsic Pontine?

Diffuse Intrinsic Pontine GGlioma, or DIPG, is a type of high-grade brain tumour that affects children.

That means it's the sort to grow quickly and spread to other parts of the brain or spinal cord.

It starts in the pons region of the brain – an area deep within the lower part of the brain which is responsible for critical bodily functions like sleeping, breathing and blood pressure.

Only around ten per cent of children with DIPG survive longer than two years after diagnosis.

Jack's dad has now thanked the generous benefactors who allowed Jack to complete his bucket list of adrenaline-fuelled activities.

He added: "Jack’s appeal went viral all around the globe, we had messages and donations from the Philippines, South America, Poland, the USA, Australia and New Zealand.

“It would have cost us a fortune to do this, there’s no way we could have done any of it without these donations – my wage only just covers the bills we have to pay in everyday life.

“You think that you have seen all of the ugly in the world, watching the news and feeling like the world is empty of love. 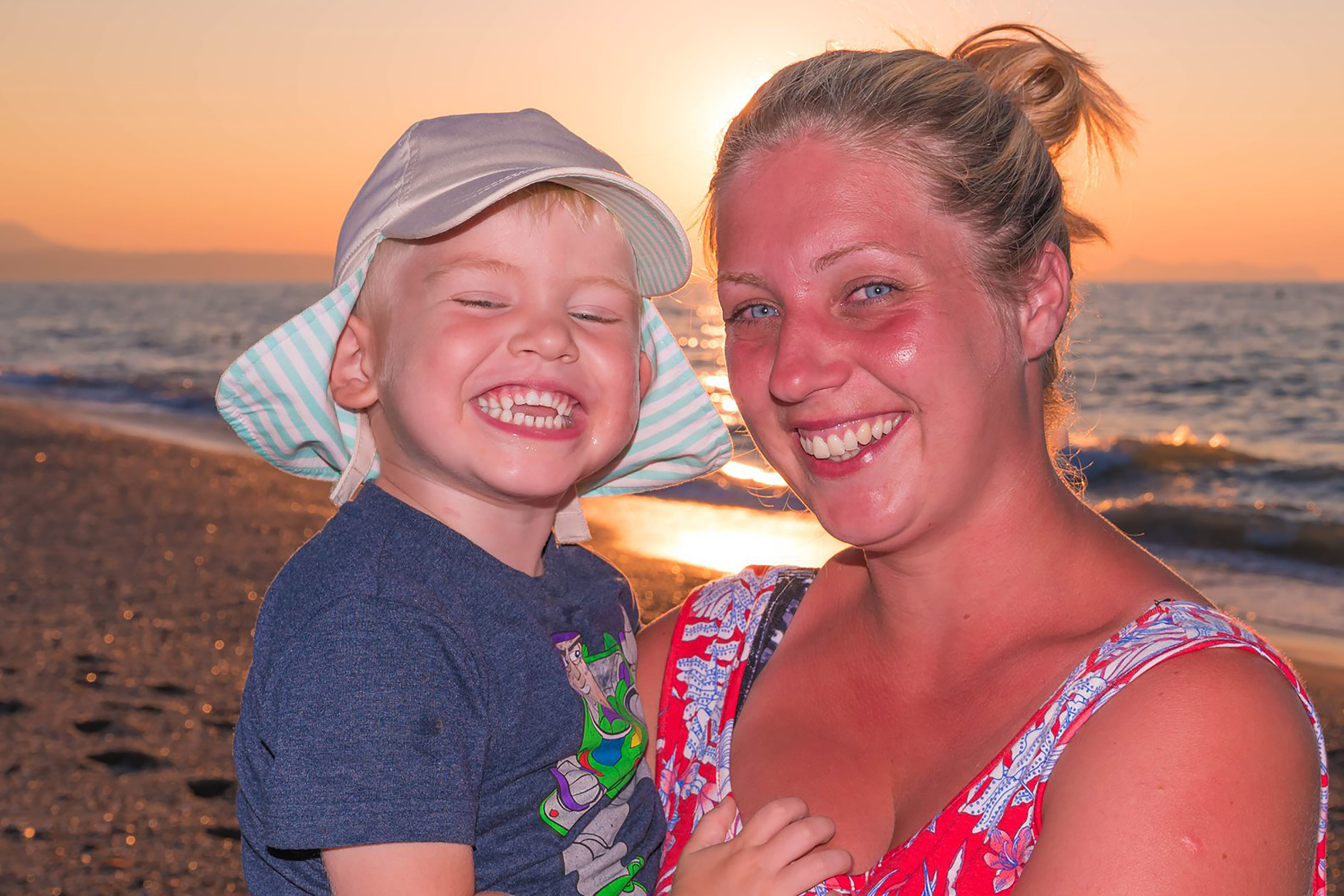 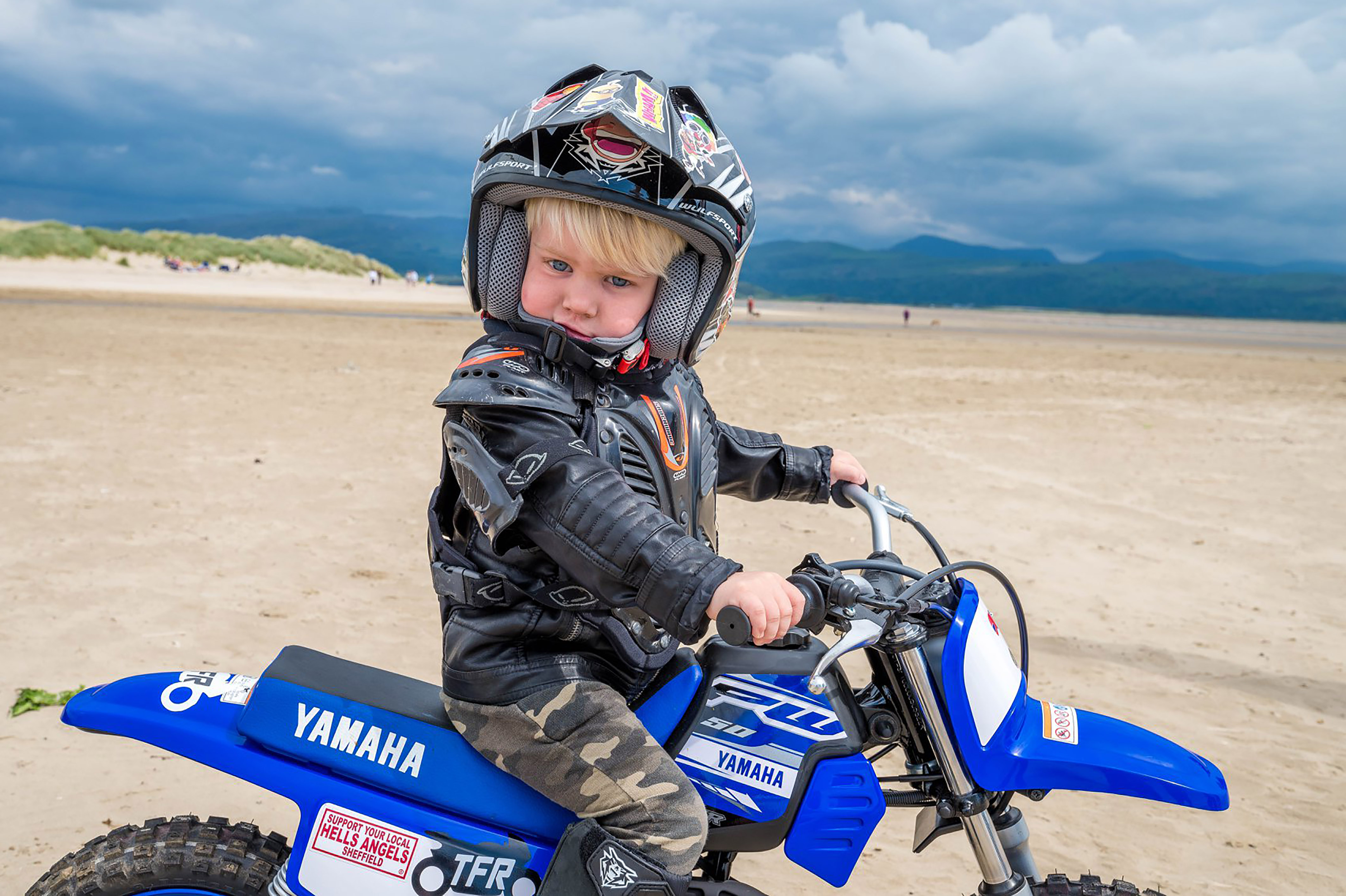 "But when something truly awful happens people come out of the woodwork that you never would have expected.”

Jack died in his dad's arms this Monday, surrounded by his mum and sister, while looking at photographs of all his incredible memories and adventures over the last year.

Wesley said: “I never thought this would happen to us – the odds of winning the lottery were higher than getting this brain tumour.

"Our message is, don’t get complacent with their lives and just expect your family to be around. 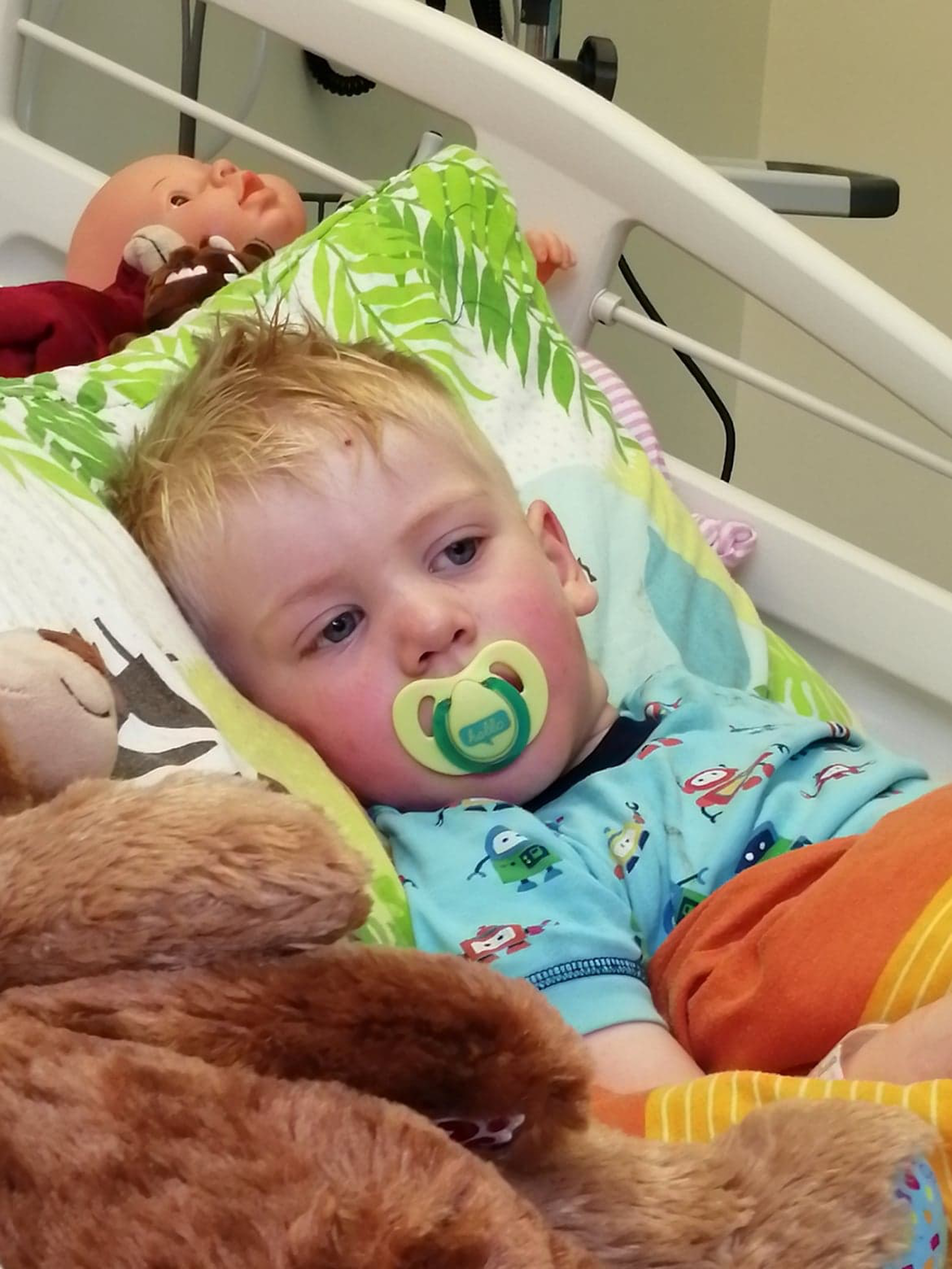 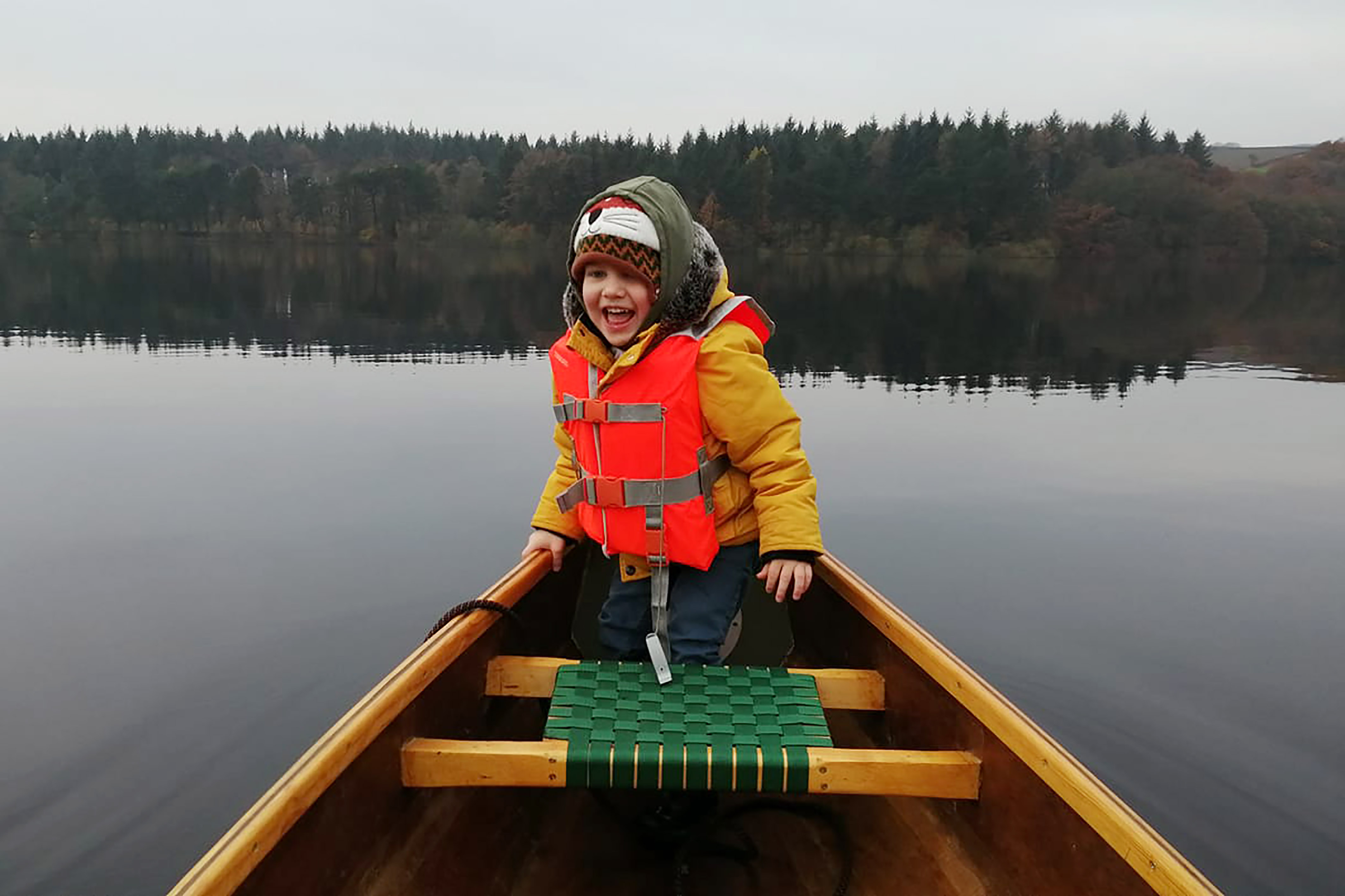 “Live every day like it’s your last. Everyone is just in their own little bubble and people never think it’s going to happen to them."

Now Jack's body has been transferred to a cold room at Bluebell Wood Children's Hospice in Sheffield, while Wesley and Rebecca say their goodbyes over the next week, organise his funeral and decide how to use the remaining donation money in their son's honour.

You can donate on Jack's fundraising page in his memory here. 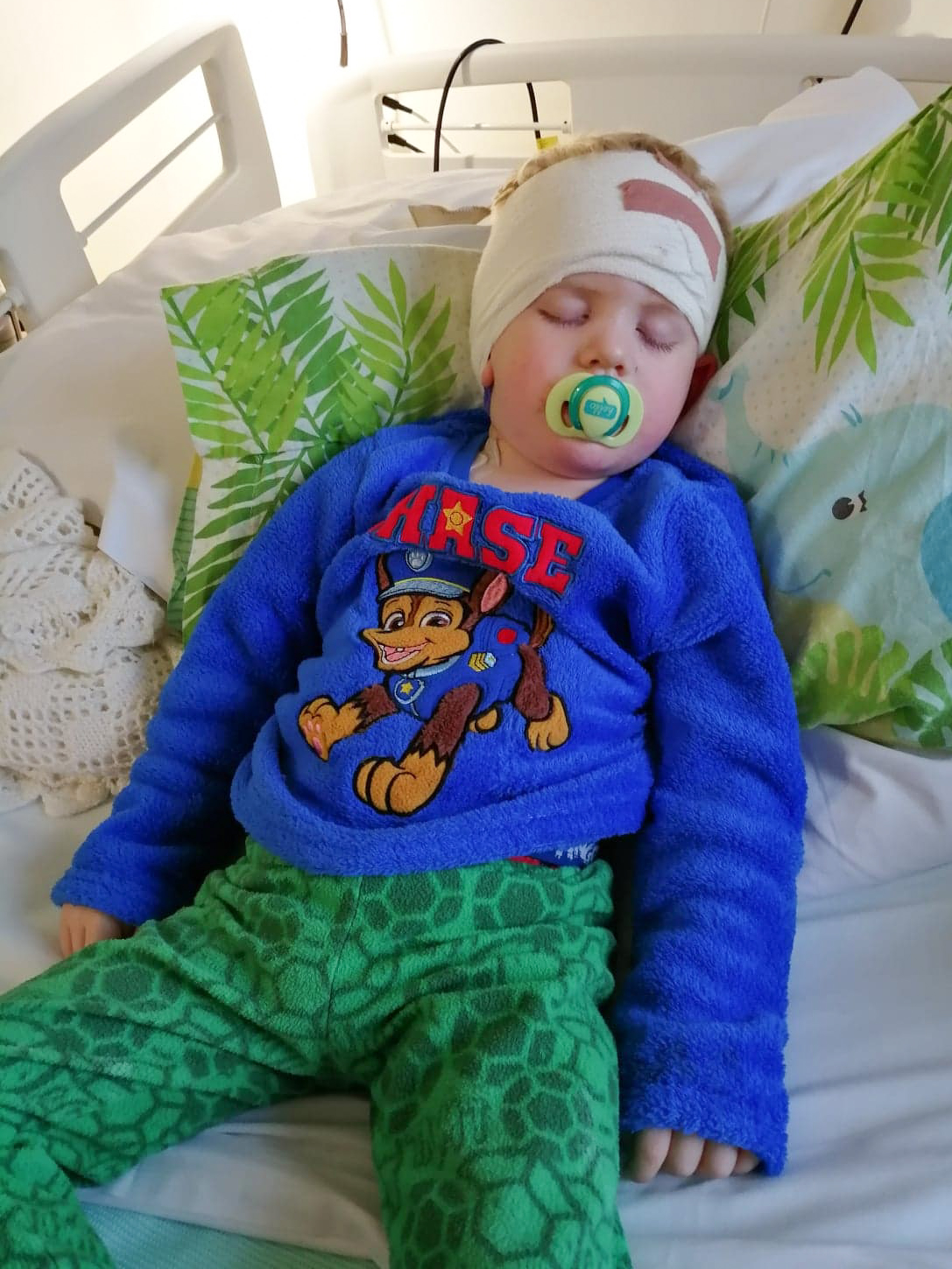