A TEACHER has revealed how she was stunned when one of her students sent her an adorable letter and gift.

Mary Hall Chambers works at Gorrie Elementary School in Tampa, Florida and couldn't believe her eyes when she saw the kind gesture from nine-year-old Parker Williams. 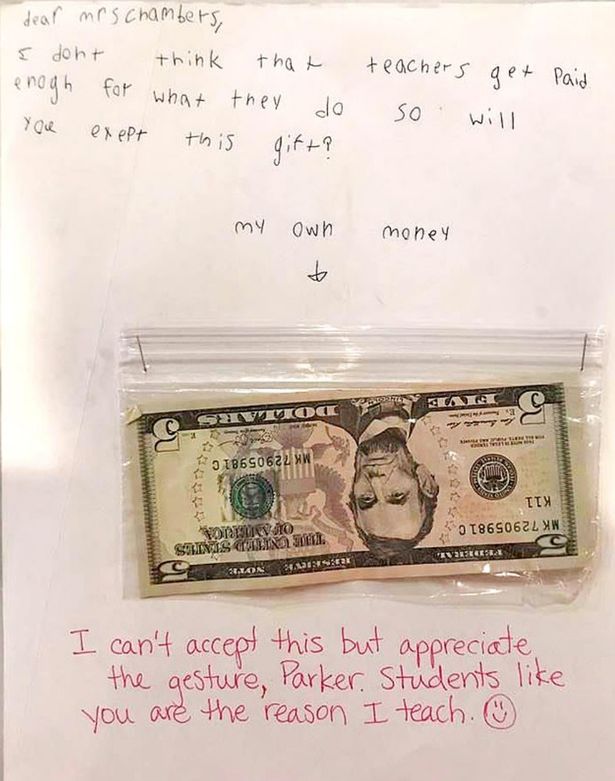 "Dear Mrs Chambers, I don't think that teachers get paid enough for what they do," the letter began.

"So will you accept this gift?"

The adorable schoolboy then drew a little arrow, adding: "My own money" before sellotaping a plastic wallet containing $15 (£12) of his own pocket money.

Mary, who has been a teacher for 16 years, was blown away by the gesture, but explained she could not accept the money. 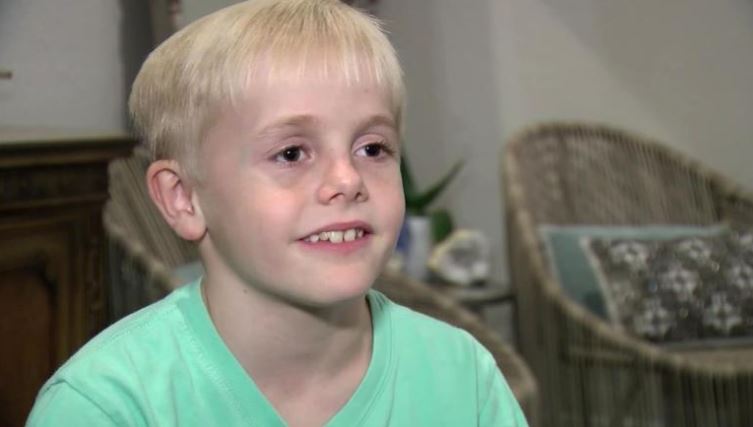 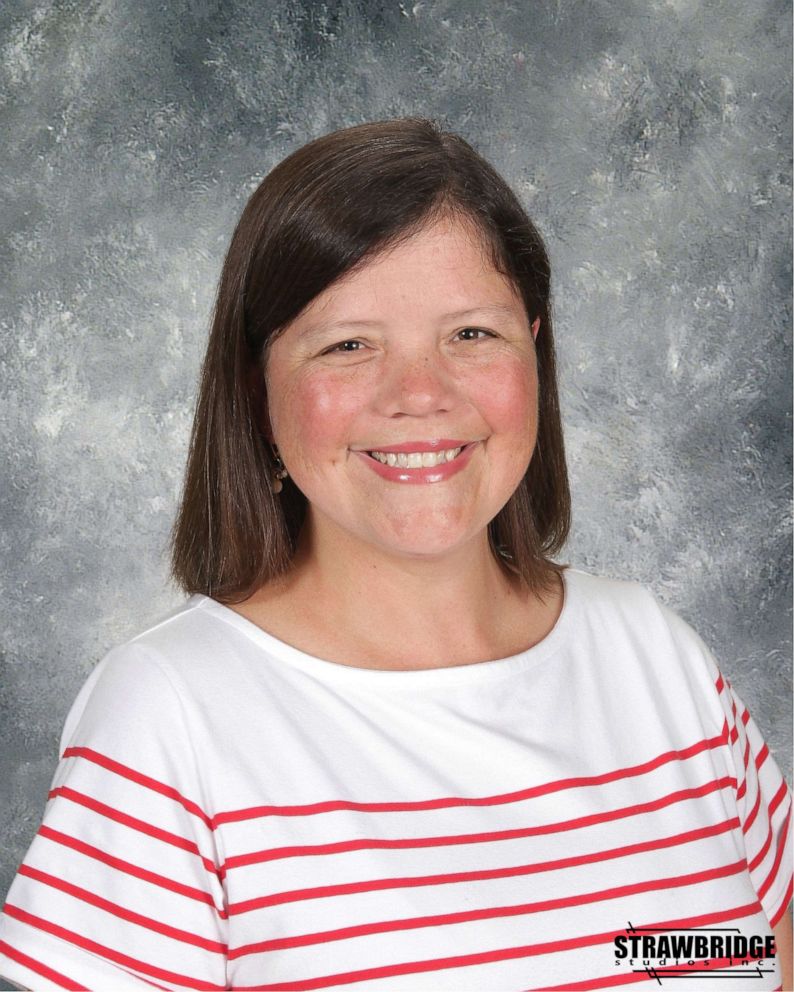 Giving Parker a big hug, she added her own message to the letter: "I can’t accept this but appreciate the gesture, Parker.

When Parker's dad, Darrell, found out about his son's gesture, he posted the letter on Facebook.

Speaking about his son, he wrote: "So Parker’s act of kindness went viral and got picked up by the news… I couldn’t be more proud of all three of my boys for who they are becoming."

And social media users were touched by the letter and gift, with one commenting: “Love this story! Way to go Parker – such a great role model.”

While another called it "beautiful".

In other news, we told you Disney has released its official Christmas pyjama sets including a Mickey Mouse themed one for the whole family.

We also revealed parents love one mum’s tip on how to remove just one baby wipe from a packet.

And we showed you Hobbycraft is selling a £5 DIY Christmas bauble kit for kids and it’s perfect for getting into the festive spirit.