A BRIDE shamed her own mother who ruined all her wedding photos by holding up a giant red iPad.

The anonymous newlywed said her mum spent the wedding taking snaps on the huge garish device, as well as videoing her.

But despite wielding the iPad throughout the wedding, the woman claims never to have seen the footage her mum supposedly took of her.

According to the bride, the only time her mum put the iPad down was during staged photos, when the professional photographer asked her to put it away.

Taking to the Facebook group That's It I'm Wedding Shaming she shared snaps of her mum on the big day– who’s entire face is covered by the iPad.

Captioning the photo she wrote: “Shaming my beautiful mother..

“Gosh how I love this woman but every single photo that she’s in other than staged ones has this giant fracking iPad (sic). 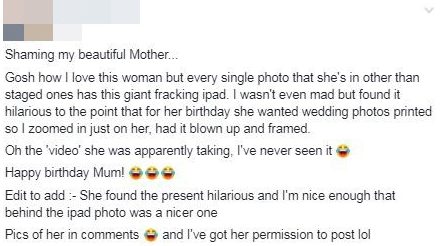 In the end, she managed to see the funny side and gave her mum a framed photo of her with the iPad at the wedding.

She continued: “I wasn’t even mad but found it hilarious to the point that for her birthday she wanted wedding photos printed so I zoomed in on just her, had it blown up and framed.” 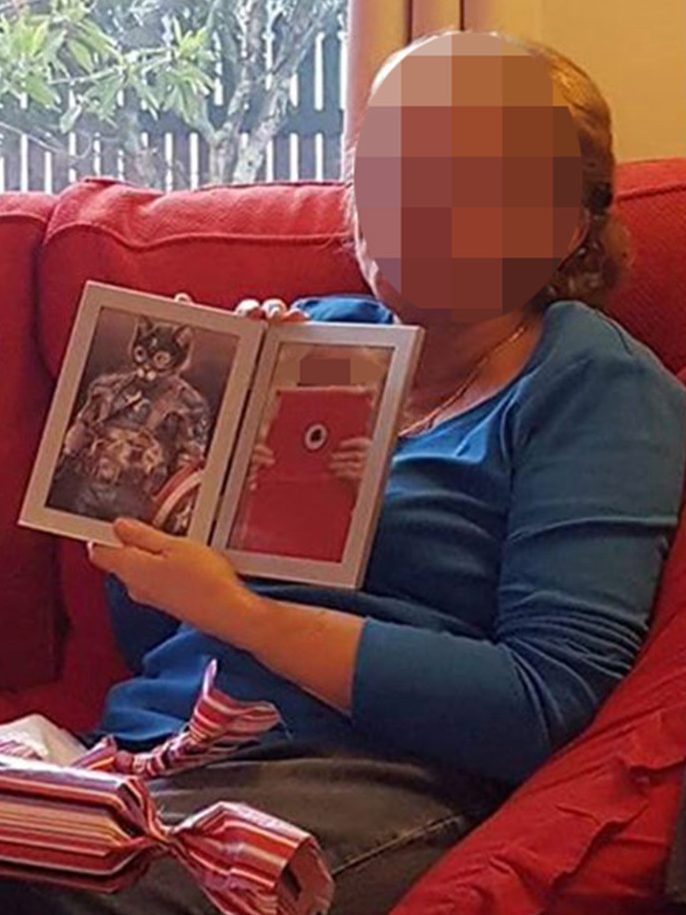 More than 500 people have since commented on the post, adding while they thought the mum was cute it was definitely annoying.

One person said: “Wedding photographers hate guests like your mother.”

Another wrote: “Your mom reminds me of tourists breaking out their iPads. 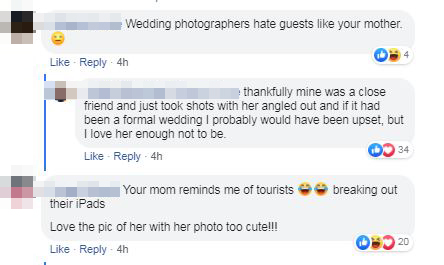 A third said: “Love the pic of her with her photo too cute!”

And this person added: “This is why I’m having a ban on cameras/phones during the ceremony.”

While someone else simply said: "Parents and technology."

In other wedding news, this guest shockingly wore a floor length white dress to a wedding, and no one can tell who is the real bride.

And this bride was distraught after reading her bridesmaids secret chat where they shamed her engagement ring as ‘tacky’.

Meanwhile this guest was fuming after the bride made her fork out £250 for hair and make-up – but she wasn't a bridesmaid.