A COUPLE were shocked to find a 70-year-old note hidden in the walls of their house after they decided to renovate.

Karl Church, 49, and his partner Eve Jones, 48, were sprucing up their bungalow in Northampton, when they found a vintage tin. 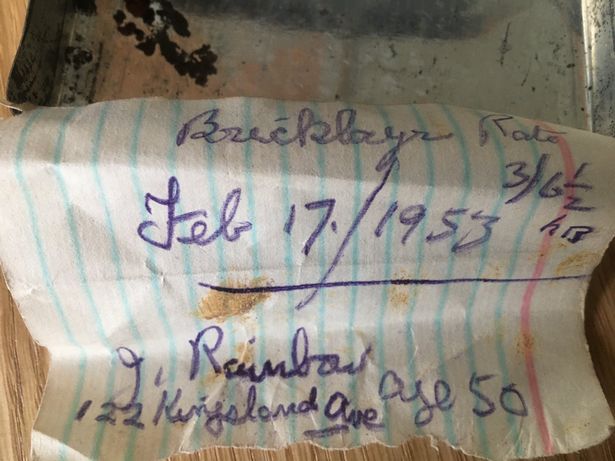 It was for cough sweets, promising ‘a remedy for coughs, colds and hay fever’, but they weren’t ready for what they found inside.

On a piece of yellowed paper was a note, written in pencil, dating back to 1953, Northants Live reported.

It was written by John Rainbow, a bricklayer, who’d installed the patio doors more than 68 years ago. 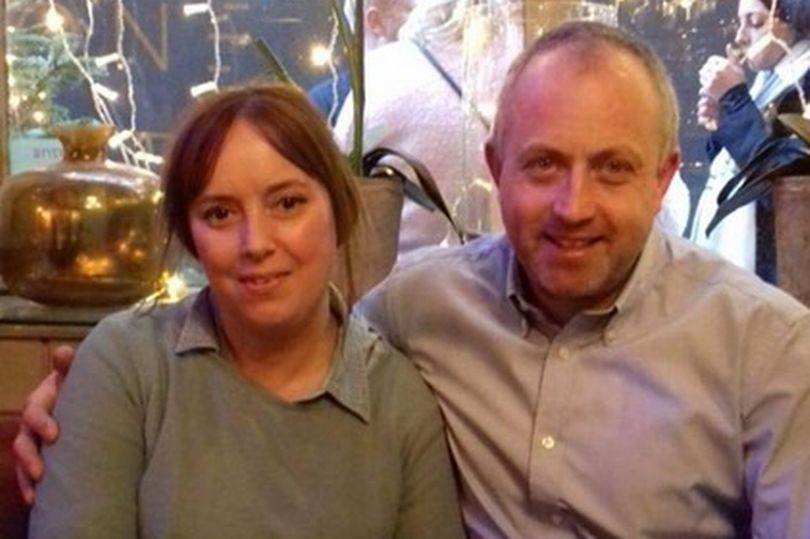 Eve shared the note to Facebook group Northampton Photos and Social History, in a bid to track down John’s relatives to reunite them with the tin and letter.

She said: “My boyfriend was having the back window knocked out in one of the downstairs rooms.

"When that was being done they found this tin in the wall with the note in.

"It was put it in a drawer and forgotten about it but he got it out the other day and decided to find the original descendants of Mr Rainbow.

"I popped it in the Facebook group yesterday and it has attracted quite a bit of interest."

Eve said she later tracked down John, who died in 1993, and had a number of grandchildren thought to be alive today.

They even managed to work out where John used to live, with Eve adding: "He was thinking should he go knock. . . .  but the chance of the descendants being in that house are minimal really.”

And people were moved to tears over landlord’s heartwarming gesture to his tenant over the festive period.

While this neighbour was in tears after tired mum sends apologetic note saying she’s trying the ‘cry-it-out’ method to her kid sleeping.

Plus a woman gets an angry note from neighbour slamming her Christmas decorations – so she responds by adding MORE tat.