A CRAFTY mum has wowed her neighbours after she transformed her stairs into a glittery gangway – for just £36.

Adele Randles, 43, from Englefield Green, Surrey, decided to give her tired-looking staircase a face lift after years of wear and tear. 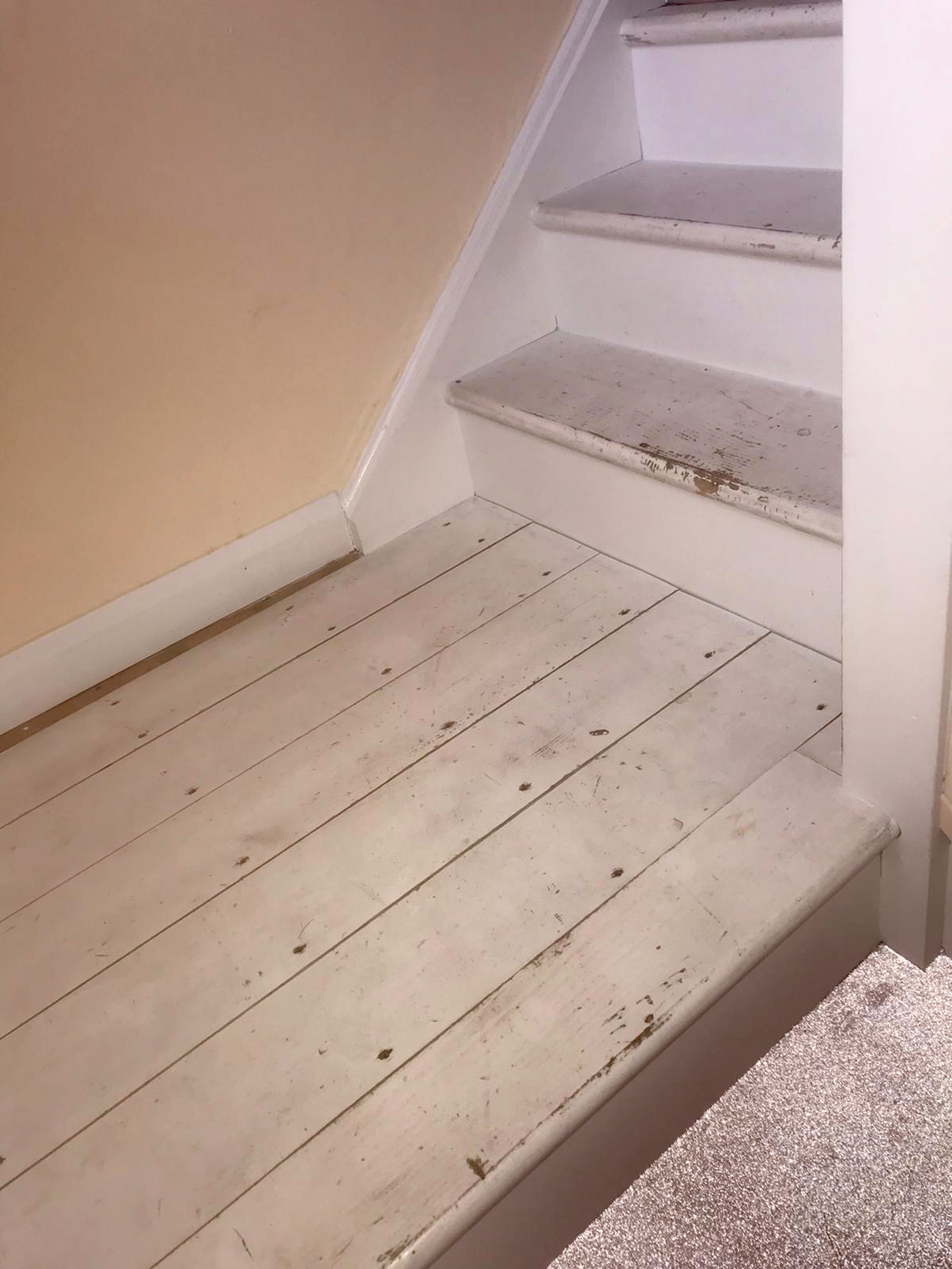 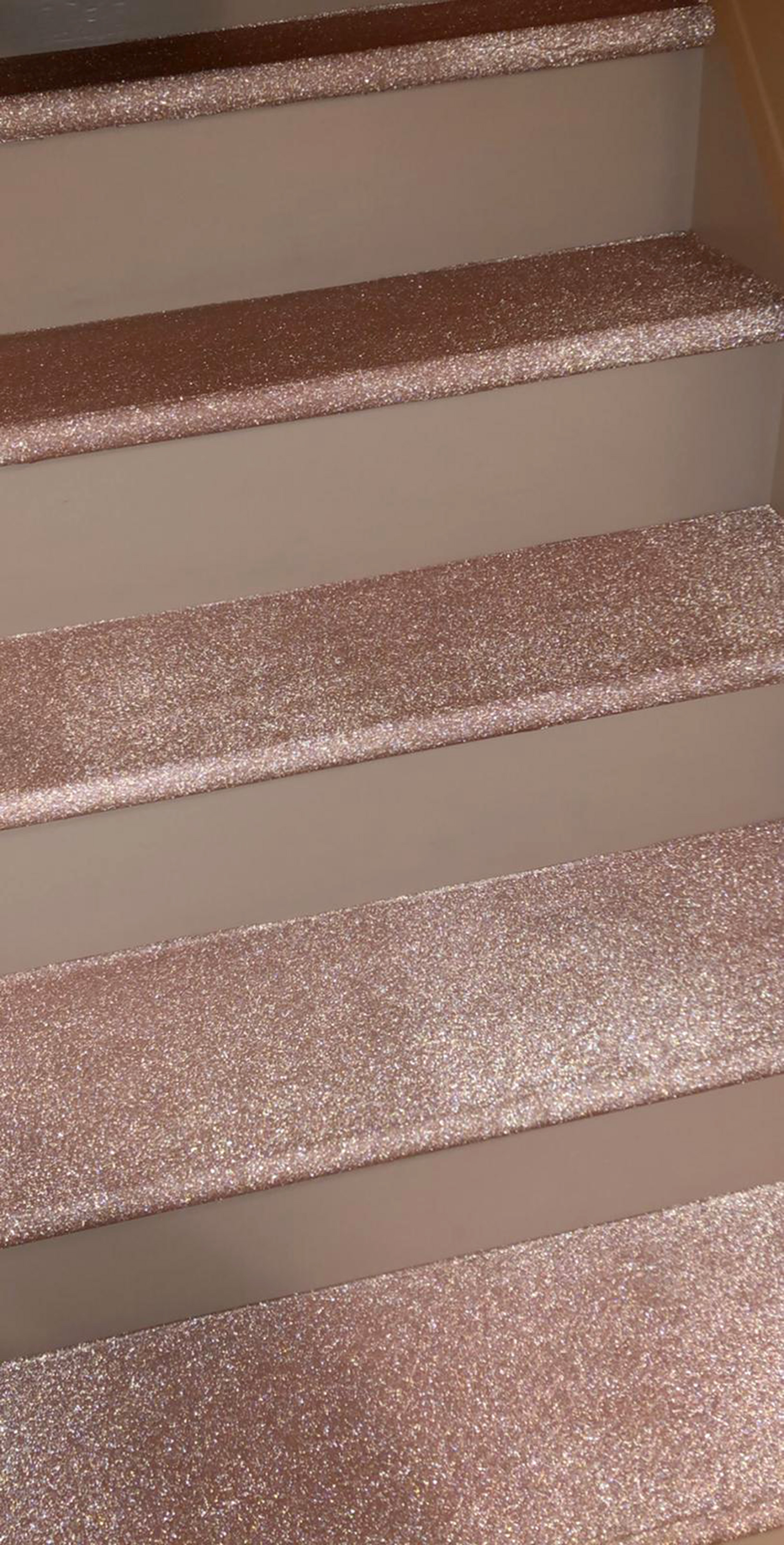 But instead of opting for a lick of paint and some much needed panelling, Adele decided to transform her stairs into a sparkling wonder using sticky-back plastic.

The full-time mum said: "Our stairs had been painted white a while ago but the paint was wearing off.

"The staircase is the first thing you see as you walk into the house so we wanted to give it a makeover.

"We had previously used Fablon on our kitchen and thought we would give it a go on the stairs. 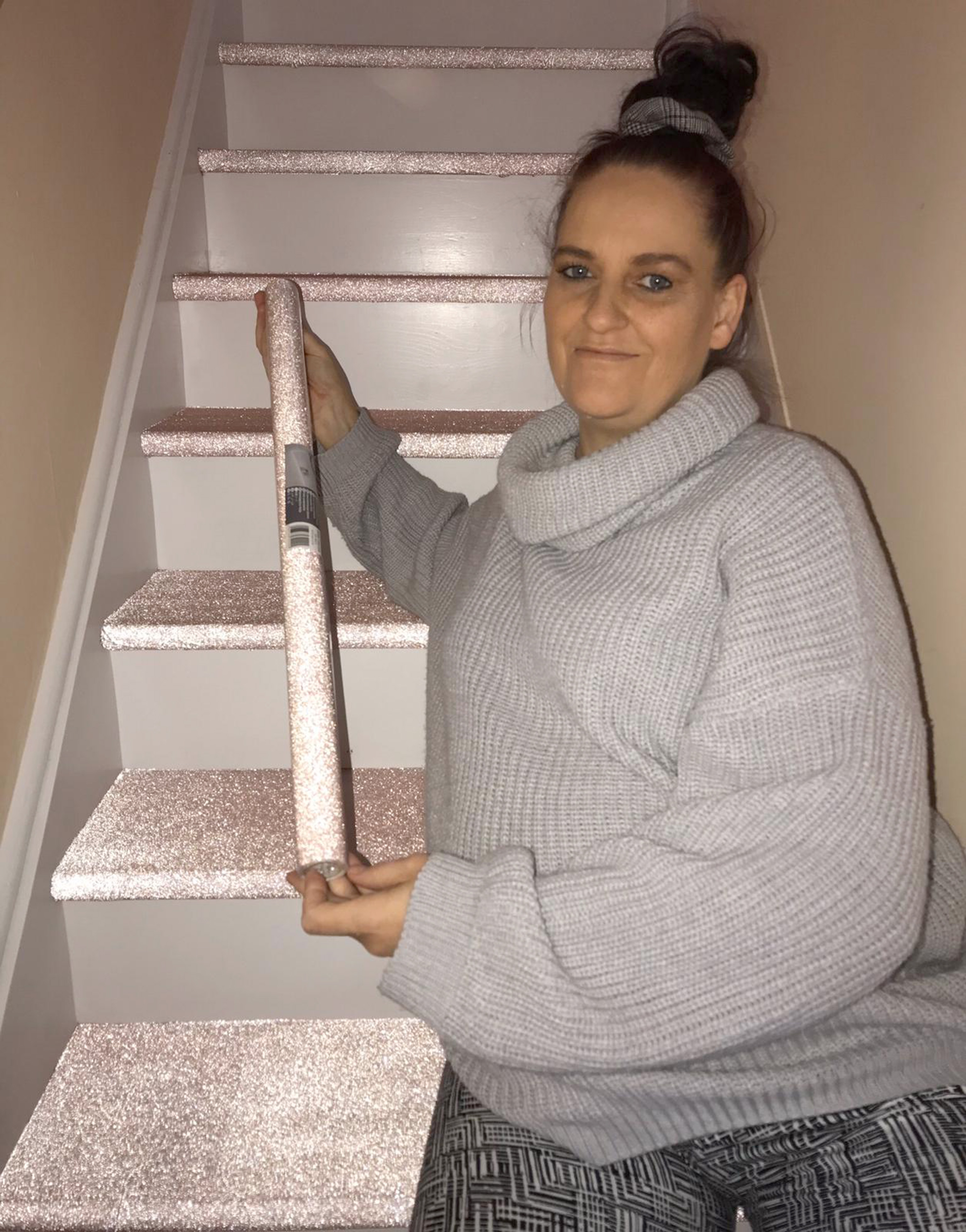 "Each roll of Fablon was £9 from Wilko and I used four rolls, it was as easy as that."

Adele painted a thin layer of silver paint to the stairs before adding the sheet of Fablon once the paint had dried.

She said: "I did it over a few days as I didn’t want to rush or make too much mess.

"The paint was done first and then I added the Fablon.

"I had to measure, stick it on and then cut it to fit the stair perfectly."

Adele added that her friends and family have been gobsmacked by the results.

She said: "Everyone loves them, I’ve had nonstop compliments and people asking me to do theirs.

"It was a lot of work and definitely tests your patience.

"My next step is to add lights onto the side of the stairs to make the glitter stand out in the evenings.

"The reactions I’ve had from friends and family have been amazing, I’ve had wows, oh my gods and when can you do mine, people have been there with their mouths open and eyes wide.

"My daughter has even said she feels like a princess walking up the stairs."

In other DIY news, this mum completely transformed her bathroom into a marble paradise using £6 sticky-back plastic.

Meanwhile, a new mum broke down in tears during £500k Grand Designs renovation – after fearing her cancer-stricken husband wouldn’t live to see it finished.

And a single mum returned home from holiday to find parents have transformed her grungy living room with wallpaper, curtains and paint for just £50.