A DAD has come under fire for buying just one of his 12-year-old son's a phone because the other one wasn't doing well at school.

The dad-of-two was seen questioning his decision to treat one son and not the other, now the boy who didn't receive a phone is no longer speaking to him or the rest of the family. 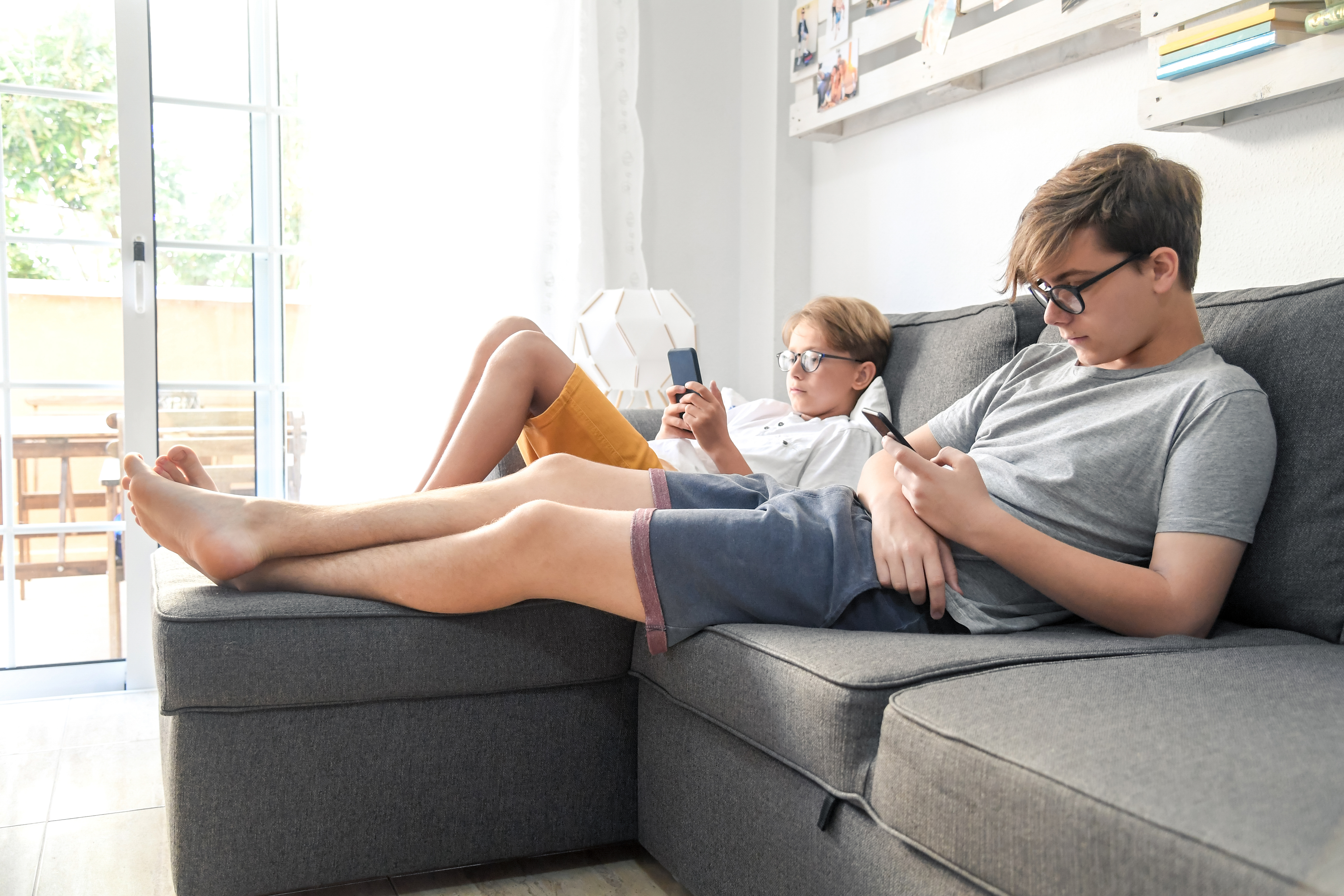 Seeking advice from fellow parents, the dad asked whether it was "unfair" of him to not buy a phone for both twins, as he's worried he's now caused a rift among the family.

He wrote in a post shared via Reddit: "I have twin sons (12, lets call them `Bob and Joe for simplicity’s sake) who are in 7th grade. Back when they were in the end of 5th grade, my wife and I were planning to get them both phones over the summer as they would be starting 6th grade next year.

"Unfortunately COVID hit, and now that they would be home all day, my wife and I saw no reason to give them phones as they already had cellular iPad minis and were going to get laptops for school."

The dad continued: "Flash forward to to this school year, and my sons are both going to middle school after doing 6th grade virtual.

"They reminded us that we were going to get them phones once their school restarted, but my wife recently lost her job and found a much lower paying one, so we were trying to get our finances back on track.

"They also haven’t been doing [too] well this year. Last quarter, they brought home report cards with Bs, Cs, and Fs. I was a bit disappointed and told them that I didn’t want to reward them with phones for a report card like that, and I would need As and Bs for a phone."

Using the possibility of a phone as an incentive to get the boys to work harder, he said: "I told them that I would work with them and get them a tutor, but they also needed to work [hard] too.

"They had this quarter to work and earn their phone. I reminded them that if one of them ended up getting the grades required and the other one didn’t, I would only be buying a phone for the one who got the grades."

If one of them ended up getting the grades required and the other one didn’t, I would only be buying a phone for the one who got the grades

While he said both twins were showing "major improvement" with their school work at first, he began to notice that Bob was "slacking off", despite him and his wife trying to keep him "motivated".

When he received the twins' report cards, Joe had got all As, while Bob was working in between the Bs and Cs range.

"I was tracking their progress on my phone throughout the quarter and during the last week, I went out and bought Joe’s iPhone 12 and kept it until that day," the dad revealed.

"I knew at this point there was no way for Bob to catch up (there were no quizzes scheduled for the week), but I went and bought a pair of AirPods for him after calling and asking my wife if it was okay with her."

He said: "On the day of the incident, I went to Joe and Bob's room and handed them both their presents. I explained to Bob that I did see him work hard the first week, but then he did slack off. I also told him that if he was willing to try again next quarter I would happily buy him a phone too."

Not getting a phone didn't sit well with Bob, however, and the dad revealed that he is now no longer speaking to the rest of the family.

Bob has barely said a word to me, my wife, or Joe. I don’t want Bob to feel as though we chose Joe over him

"It’s been a week now since then, and Bob has barely said a word to me, my wife, or Joe. I don’t want Bob to feel as though we chose Joe over him, so I’m considering buying him the phone to make him feel better," the dad admitted.

"My wife thinks that since we gave them both the same choice, it was fair, [but] I think I may be the a**hole as this has driven a rift through the family – Bob on one side and the rest of us on the other."

His post racked up hundreds of comments and sparked a debate among fellow parents, with some calling out the dad and others agreeing with his move to only buy one phone.

One person posted: "He didn't promise a reward for an effort, he promised it for a result. That's not a smart move. If academics drains Bob twice as fast as his brother, his best will look like slacking off if the comparison is always made to his brother and not in the context of himself. Parents here need to be careful they aren't celebrating one son's academic strengths while failing to celebrate the strengths/efforts at something uncomfortable of their other son."

One person suggested the dad's requirements for the twins wasn't "fair", as they shared: "I don't think your requirements were fair. Unless your twins have all the same teachers in the same classes there are too many variables for it to be fair. Different teachers grade differently and differ in ability to teach even if they are handing out the same assignments and teaching the same subject. And although they are twins they likely vary in their learning style and ability. It would have been better to just set goal like must improve all grades from last year and have no F's."

Another claimed: "As an adult twin yes, you’ve created more problems than you can comprehend right now."

"This is going to cause twin rivalry. Your expectations might be a better fit for Joe to actually accomplish but they might not be the best fit for Bob. You’ve set him up for failure and Joe success," agreed another.

Some thought it was a good way of teaching the twins a valuable lesson, with one person adding: "They both knew the deal, and one of them didn’t do enough to receive a phone. I feel like it’s a good lesson truthfully. Also, you bought him AirPods, that’s still an awesome gift!"

Another said: "Please don’t buy Bob the phone. You made a deal & told him he had to work to earn it. He didn’t do his bit – not because he couldn’t but because he chose not to. Getting Bob a phone now teaches him that he doesn’t actually have to work for anything, and it’s a crummy thing to do to Joe, too. Joe worked to earn it! Give Bob the same opportunity to earn the phone next grading period." 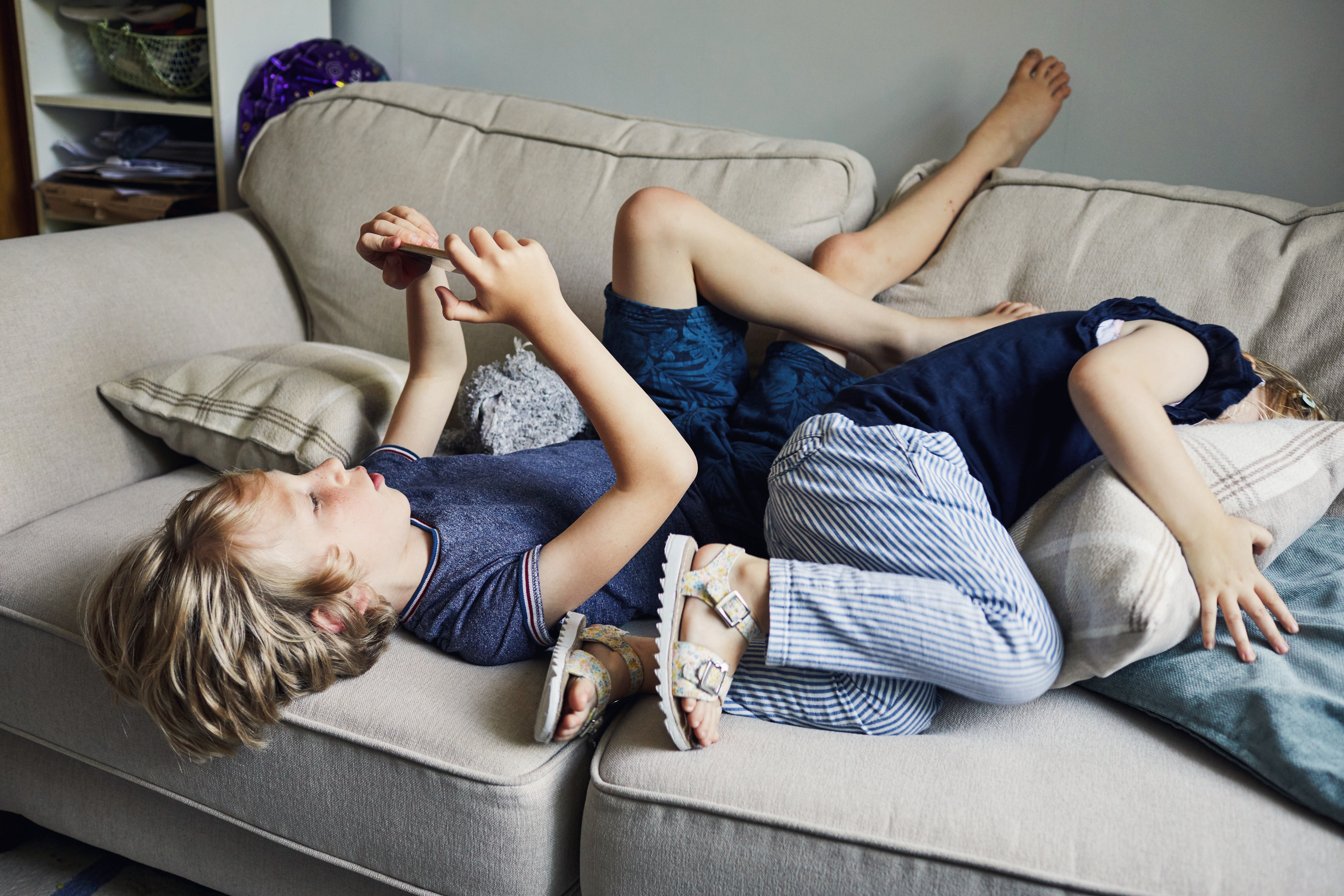 Plus, one mum shares 'I’m a mum-of-11 and I’m sick of people judging me – trolls assume our house is pandemonium but I’m incredibly organised'.

And one women claims 'my boyfriend had an epic meltdown when I told him I’d be giving our last child MY surname because I think it’s fair'.