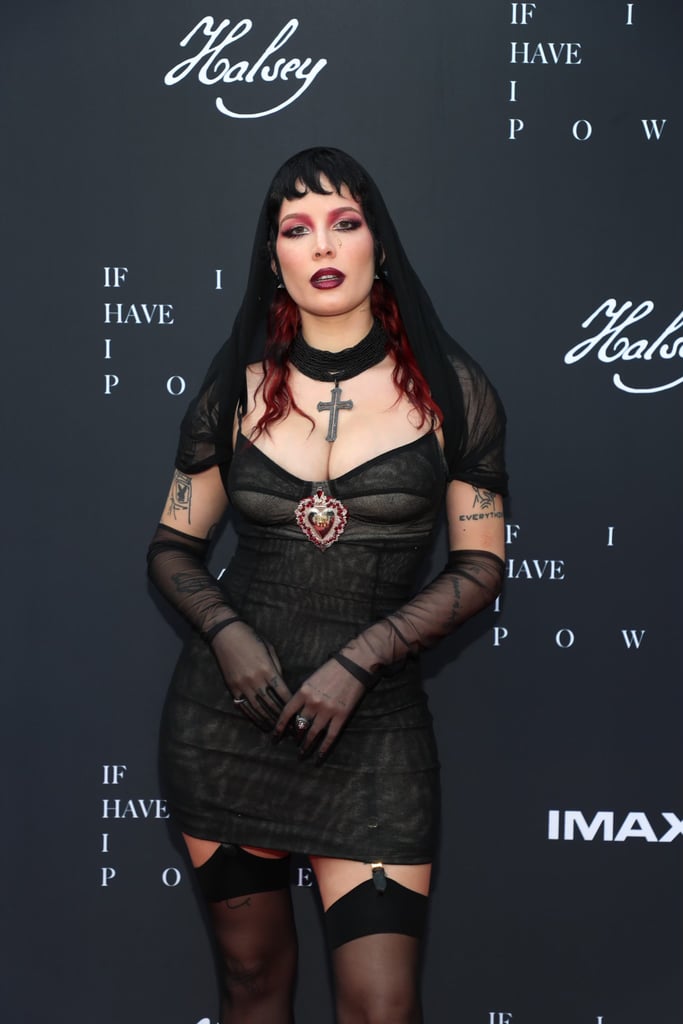 Halsey brought the drama to their film premiere. The singer recently wore a striking all-black outfit to a Los Angeles screening of the hourlong film that accompanies her fourth studio album, If I Can’t Have Love, I Want Power. Much like their film and album cover, Halsey’s look appeared to take inspiration from gothic art and religious iconography.

The outfit is also yet another gem from the archives of Image Architect Law Roach, who pointed out the veiled Dolce & Gabbana dress had been plucked from the brand’s spring 1998 runway collection. Halsey completed the mesh minidress with sheer thigh-high tights, black Christian Louboutin pumps, and Loree Rodkin jewelry, including an imposing cross necklace. Halsey’s boyfriend Alev Aydin was also in attendance, wearing a black checkered suit.