In November 2016, Elle Mambetov was reveling from London Fashion Week high after showcasing her luxury line Elle B. Zhou’s Spring/Summer 2017 collection during the annual event, when her London flat was bombarded by four police officers. Without a warrant, officers arrested Mambetov removing her from her home for good and leaving her flat and the remainder of her belongings. Mambetov, a Dallas, Texas native who moved to London to jump start her womenswear line, would then spend the next two years in a maximum security prison. Innocent. Away from her family, friends and emerging fashion label Elle B. Zhou.

“People are now having the conversation about how Black people are treated, and it resonates with me now more than ever,” Mambetov tells ESSENCE. With no family in the United Kingdom, the designer had turned to who she thought was a friend during a rough time in her life. In the end, Mambetov says he was revealed to have stolen $50,000 from her and used her business name to commit fraud, stealing about $1.3 million in total from various businesses.

After turning him in to the police, Mabetov says her now ex-friend confessed to his crimes and was arrested on six counts of fraud before being released on bail and fleeing. With law enforcement unable to locate the perpetrator, Mambetov instead became the target. Thrown in a foreign prison, the designer was denied bail under the premise of potential flight risk as a United States citizen, and says she was falsely painted to have an existing criminal record. “I wasn’t raised to see or feel color, or feel Black,” Mambetov says. “But all of a sudden, I was 100,000% sure I was Black.” 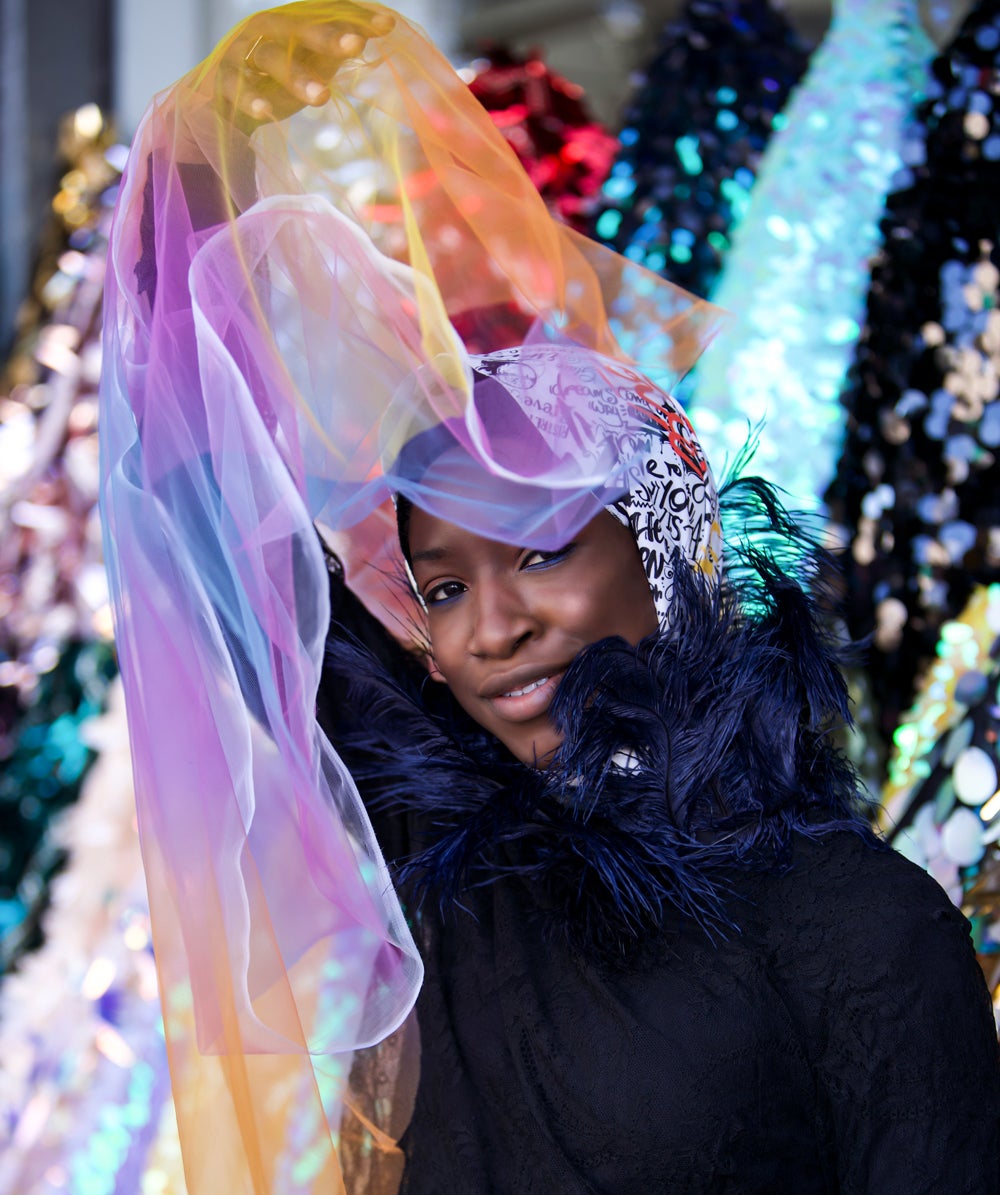 A 2018 study shows that 83% of prisoners will return to jail within at least 9 years after their release date, and with Black people incarcerated at a rate 5.1 times higher than their white counterparts, Black imprisonment, particularly regarding those wrongfully incarcerated, attributes to one of the many ways the hindrance of Black success is intricately weaved into justice systems across the globe. “I actually had no intention on being a fashion designer anymore,” says Mambetov who documented her experience in prison in her book, A6347DW: American Captive. “My creativity was completely gone, and I just thought I would look for a normal job. And I did — I applied for normal jobs.” For anyone, two years of confinement and zero in-person visits from friends and family can be detrimental, and yet, Mambetov was eventually able to pick up where she left off in 2016. She has since married and converted to Islam, re-launching her brand in May of 2020, during Ramadan.

Characterized by vibrant color, feminine silhouettes, and bold attributes such as puff sleeves and ruffled, high necklines, Elle B. Zhou re-emerged with a new focus on modesty, true to Mambetov’s religious identity. “I wanted to make my collection reflect things that I would actually wear,” she says. “So I know it’s not traditionally ‘modest,’ because I didn’t grow up that way.”

Mambetov’s release only came after her mother wrote a letter to congress to notify American authorities of her case, who, Mambetov says, were unaware up until that point. Re-launching her brand amid the age of COVID-19 posed its own set of challenges, like canceling an in-person fashion show and postponing the opening of her store location in Los Angeles, but Mambetov met the moment with innovation, experimenting with a 3D version of a live model for her debut collection. With the momentum on high, she’s now welcoming the second collection release since the rebirth of her brand.“It’s been really exciting [to re-launch Elle B. Zhou], and I’m really thankful for the reception and the support,” Mambetov says. “That’s been a really nice welcome home to the industry that I love.”

Click here to exclusively view the official premier of the Elle B. Zhou’s September 2020 collection presentation, “Let The Stars Be Our Guide,” featuring model and actress Huda El Mufti.