How the candidates for president and vice president communicate nonverbally—from their facial expressions, to how often they wear masks, to the way that they dress—is a critical component of their campaigns. This is not to suggest that the color of a blazer or the print on a tie is of a piece with a candidate’s policy positions. But, as Vanessa Friedman persuasively argues in The New York Times, “Substance doesn’t exist entirely independent of style.” Style, when wielded most effectively, can often reinforce message, substance, and character.

Laced up and ready to win.

When she’s not in heels, as she was for the vice presidential debate in Salt Lake City, Harris is often seen deplaning in Converse Chuck Taylor All-Stars—sneakers she’s long favored and owns in multiple colors and styles. “It’s almost as if they give her a spring in her step,” says Hazel Clark, professor of fashion studies at Parsons School of Design and co-author of Fashion and Everyday Life: London and New York. “She’s ready for anything, [and] I always get the sense that she feels very comfortable in what she’s wearing.” 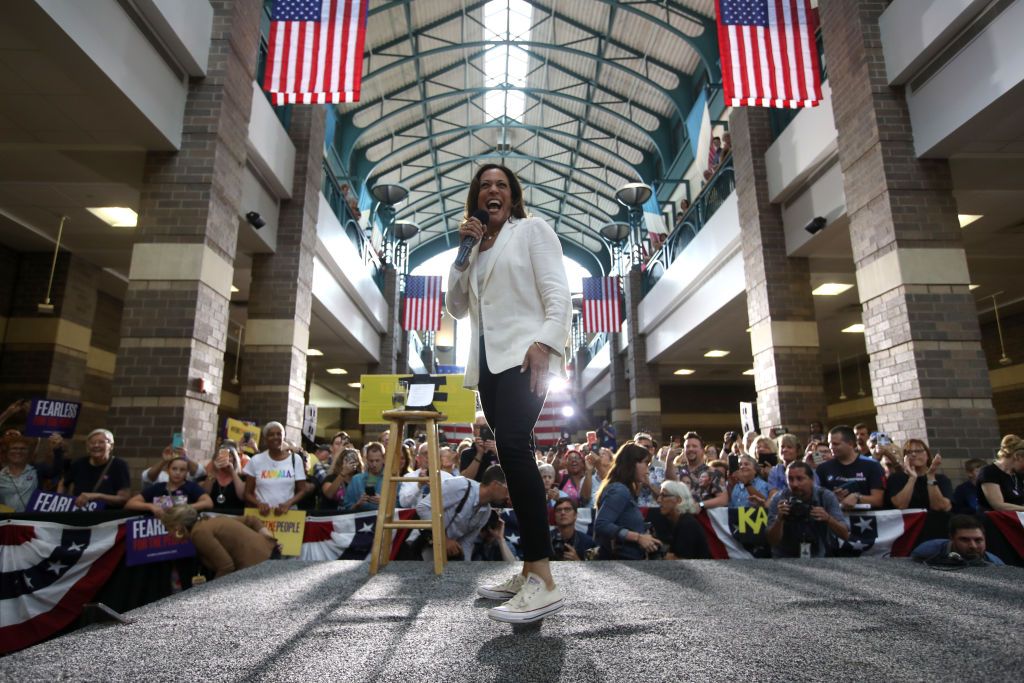 In his book Power Dressing: First Ladies, Women Politicians & Fashion, journalist Robb Young describes fashion as “a sartorial billboard that disseminates clear-cut messages to an array of audiences, from intimate to global.” That take rang especially true last month when Harris landed in Fresno, California, to assess damage caused by wildfires. A video of the senator stepping off the plane in jeans, a white T-shirt, and a lightweight olive-colored jacket quickly circulated around the Internet. People took note of Harris’s footwear—a pair of Timberland boots—with enthusiasm; her niece, Meena Harris, captioning the video “THE TIMBS THO” on Instagram. “She’s a woman of America, and she wears what other people wear,” Clark notes. “I think [that’s] significant and also reassuring.” 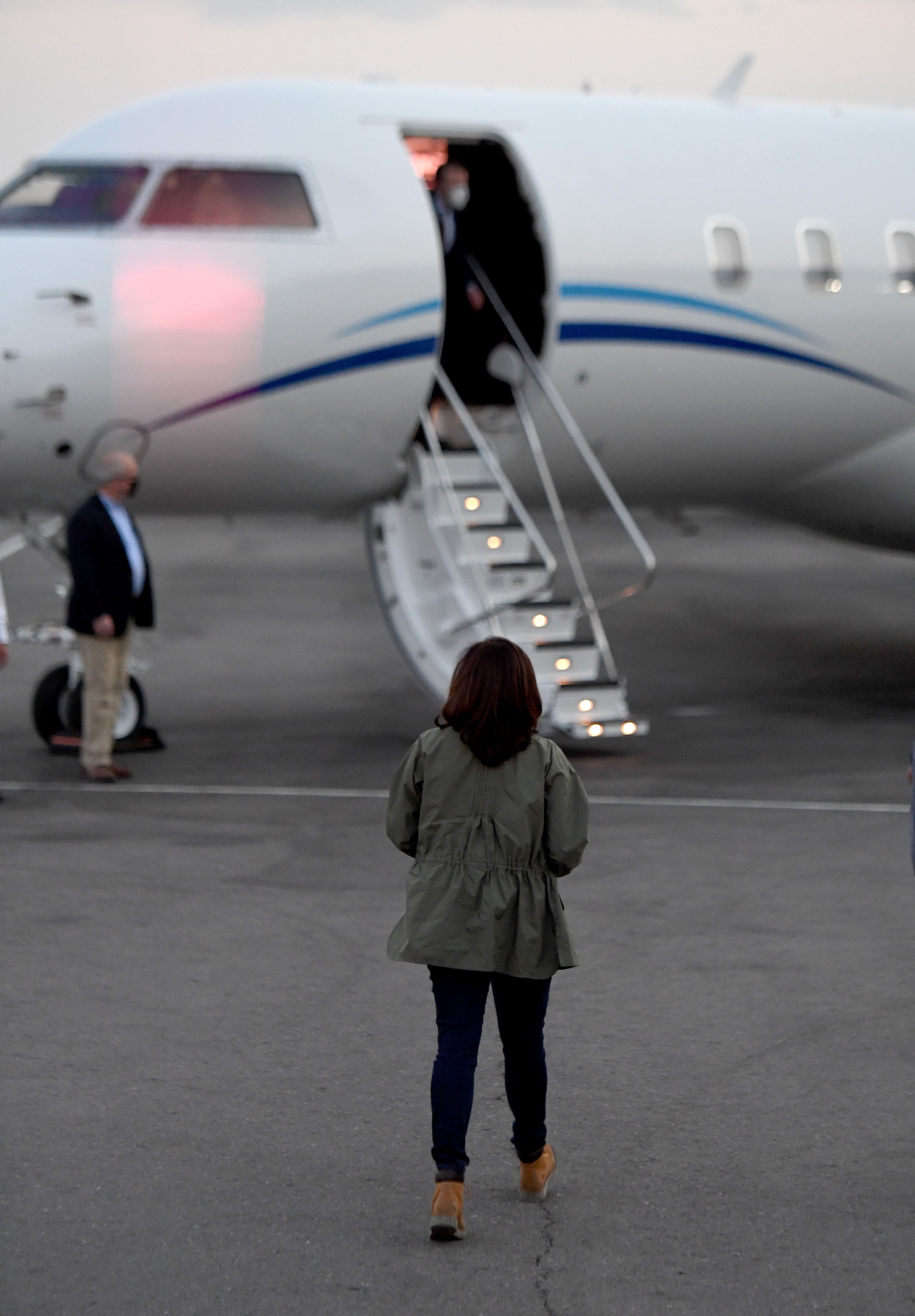 Whereas Harris’s shoes have become news topics, her campaign wardrobe consists largely of tailored, polished pant suits, often accessorized with pearls, that never command more attention than the politician herself. Following the vice presidential debate, it was her stance on issues such as health care and climate change (as well as her reminders to Vice President Mike Pence that she had the floor) that made headlines. One could argue that her choice of a black suit and blouse with black pumps was effective in its simplicity.

With less than 20 days left until the election and more campaign events on the calendar, we’ll continue to be privy to Harris’s messaging—from behind a podium or while descending the steps of a plane. “Fashion is very important as a manifestation of culture and identity and communication,” Clark says. “[People] have opportunities to make what they wear a part of their character and personality and message, and I think Kamala Harris does that very well.”