NEW mum Portia Fitzgerald sank in to her hospital bed and sighed with relief as the midwife placed little Amelia in her arms.

Portia had been through a tough 72-hour labour, way worse than anything she had imagined. 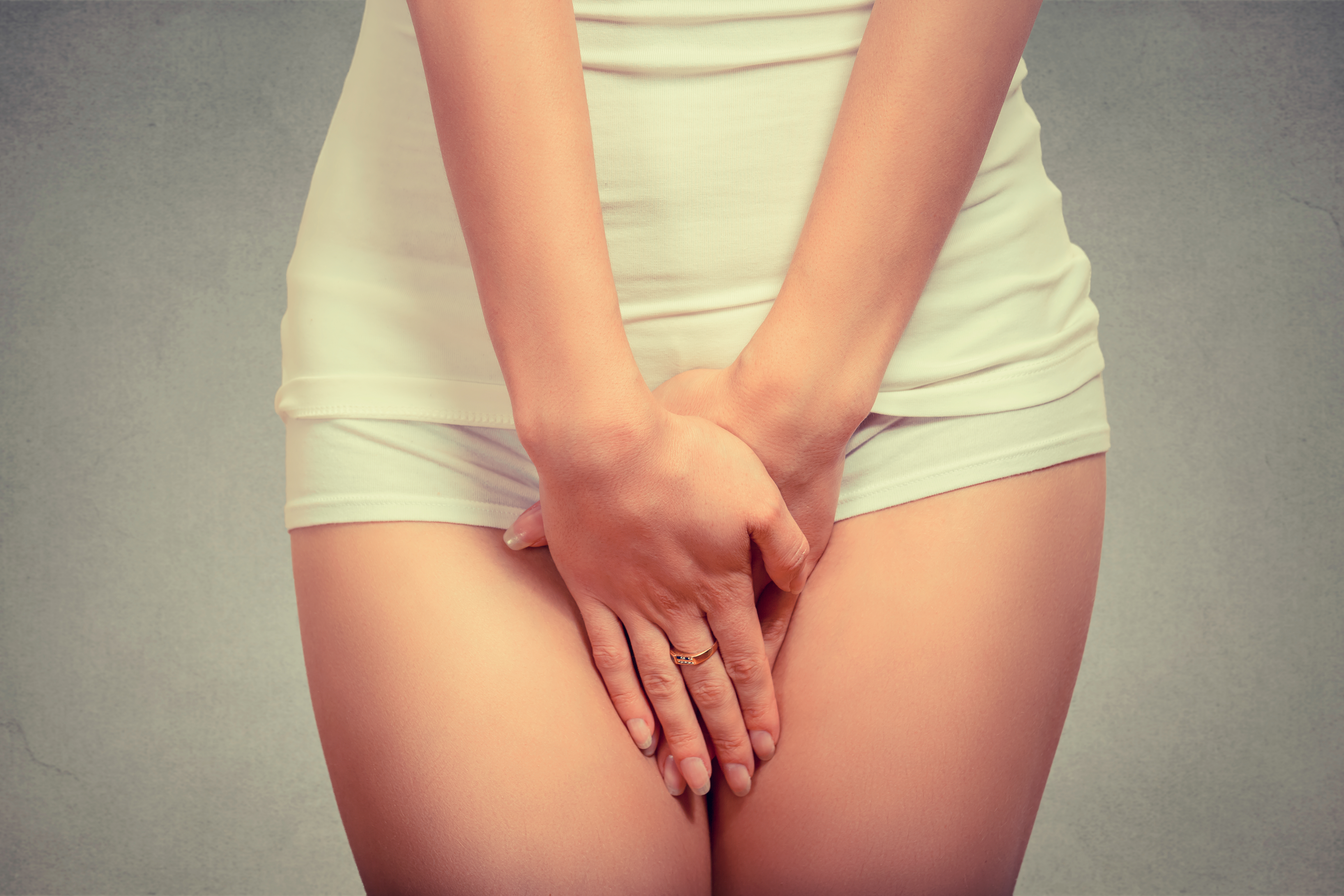 The 28-year-old trainee mental health nurse from Edinburgh, recalls: “Despite the joy of finally holding my daughter, there was only one thing I could think of: Making sure the midwife gave me a husband stitch.

“When she told me I needed seven stitches, I insisted she give me eight. There was no way I wanted to feel loose down there.”

Shocking to many, and barred in some countries as a form of FGM — female genital mutilation — the practice sees women given an extra, medically unnecessary stitch, to repair the perineum after it has been torn or cut during childbirth.

It is so-called because of the supposed benefits to the man in her life when having sex. Although a doctor or midwife should never give a woman an extra stitch without being asked, some will at the new mum’s request. 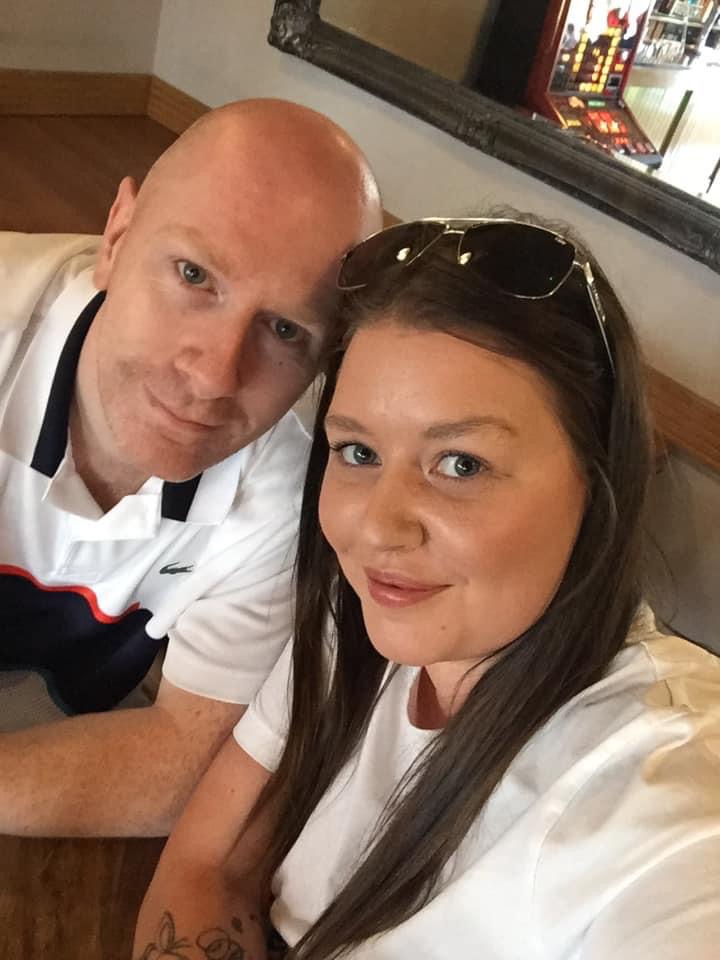 Sun GP Dr Carol Cooper says: “In the era of designer vaginas, women may be less shy about making this request. But this isn’t an acceptable medical procedure. I’d advise against it.”

But Portia says: “I heard about it when my friends started having babies and said they’d all asked for it.

“With my then-partner David* I decided I would do the same. He told me if it made me happy, he’d be happy.”

So, when Portia suffered a tear giving birth to Amelia in July 2016, she insisted on it. She says: “The midwife smiled when I said I wanted it to look better than before.

‘Sex was painful and orgasms impossible’

"She didn’t question me and added in stitch number eight. After giving birth, I was bedridden for three weeks as I healed and I berated myself for making things worse by adding an extra one.”

But after the three weeks she felt fine. She says: “I checked down below with a mirror, and it looked better than before. It was neater and tidier and I felt great.

“It’s probably why, four weeks after having Amelia, David and I had sex for the first time since the birth. It didn’t hurt and I was thrilled when he told me I felt tighter than before.”

Portia got pregnant for a second time a few months later, and their son Coleson was born in November 2017. She says: “He was two months premature, but it was easy labour — he just slipped out.” 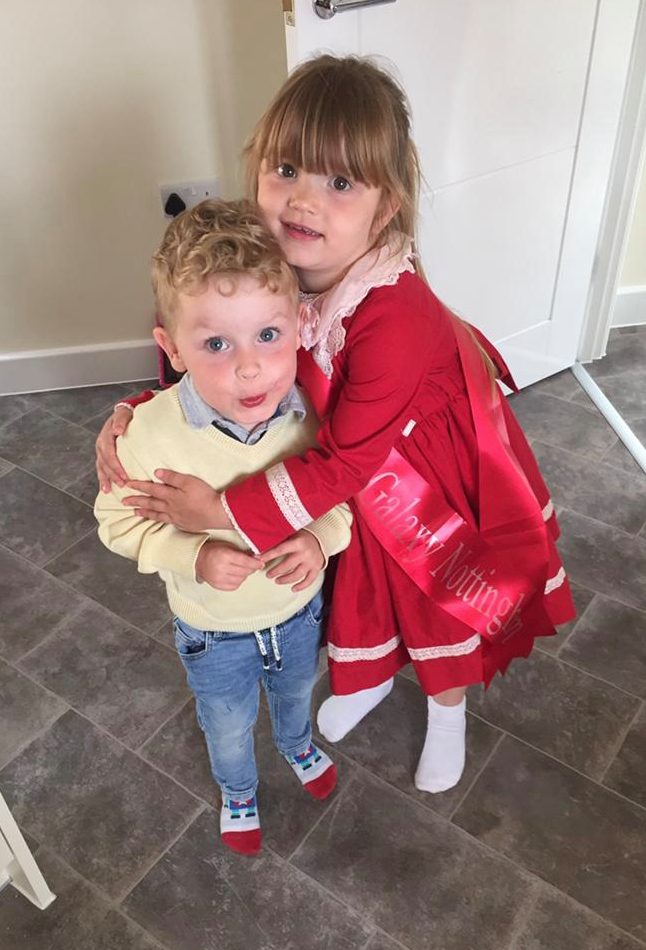 Portia split with admin supervisor David soon after that, before reconnecting with an old friend, sales manager Tom Johnson, now 34, in July 2018.

“We became a couple and because I’d had the husband stitch, I was completely comfortable with my body and confident in the bedroom,” she says.

“I know people might think it’s archaic or not a feminist’s view, but I made the decision for me and me alone.” But Dr Cooper says: “Women are courting trouble by asking for a tighter vagina the minute they’ve had a baby.

“Stitching that’s too tight can be far more damaging, leading to problems with passing water as well as with sex.”

Georgia Blent, 26, from Wakefield, West Yorks, struggled to orgasm after having a husband stitch following the birth of her son Brooklyn in May 2018.

But she still doesn’t regret it. Georgia and partner Ryan*, 26, a handyman, were delighted when she became pregnant in October 2017. 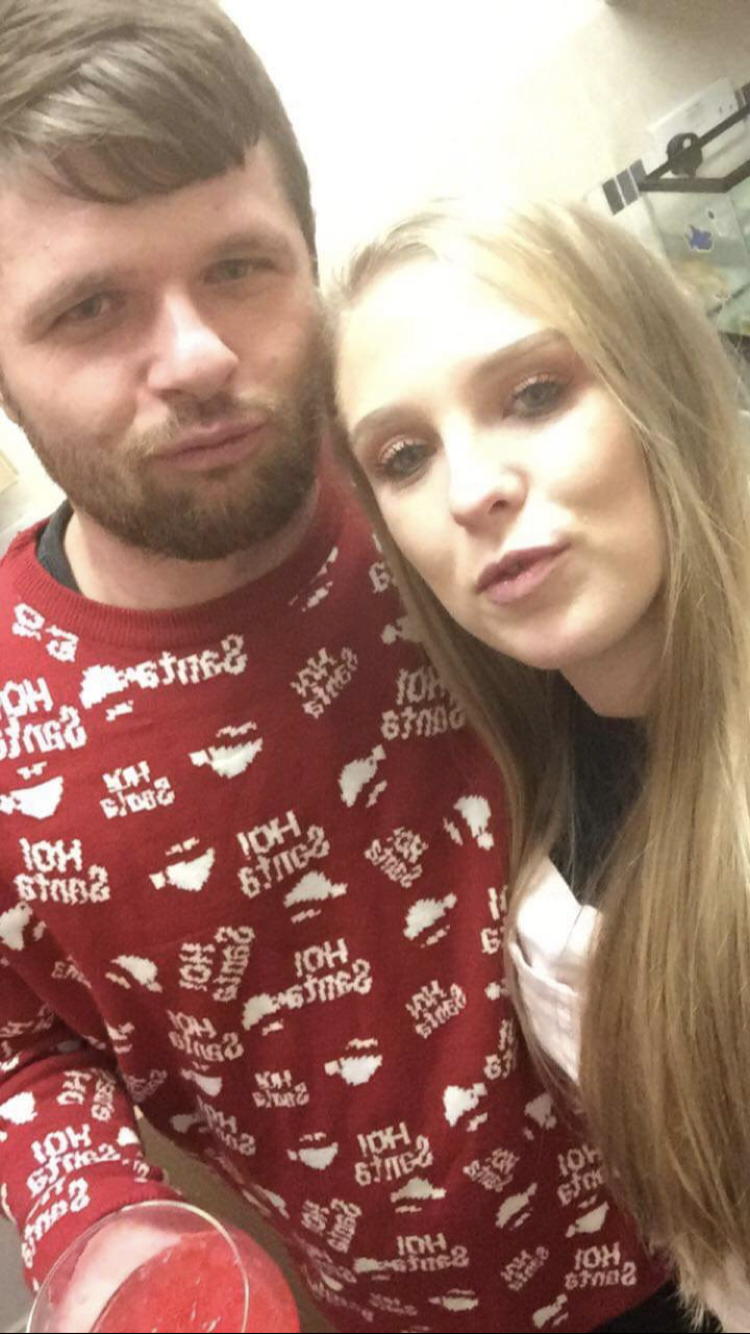 She says: “Friends had told me about the husband stitch. The ones who hadn’t had it were so upset by the change in their bits they were saving up for surgery to help, so I wrote it into my birth plan.

“My six-hour labour was excruciating. I had a third-degree tear and the midwife said I needed five stitches. I asked for six and she refused initially, but I insisted. I didn’t want my love life to be affected, and she backed down.”

Admin assistant Georgia and Ryan had sex for the first time eight weeks after the birth. She says: “It was a little uncomfortable and I wasn’t able to orgasm.

“I didn’t know if it was because of the tear or the extra stitch. I did everything I could to help my body heal, including special exercises to stretch things down below. It took seven weeks, but it worked.” 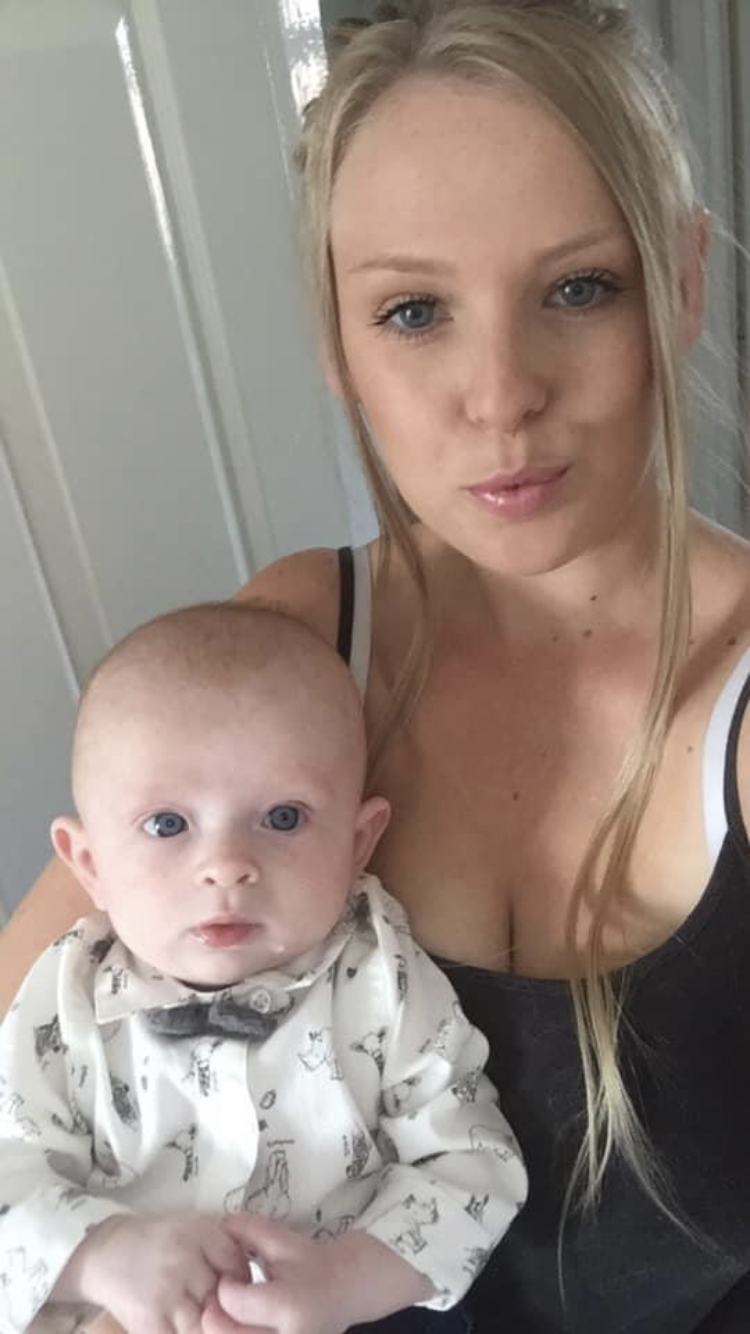 She says: “It still takes me longer to orgasm than it used to, but Daryl and I have a fantastic sex life. It’s a small price to pay. I didn’t want to live being unhappy with that area of my body.

“I had my second son, Rhuben, last October and had a fourth- degree tear. Again, I asked for an extra stitch. I did what was best for me.”

“But midwives will not try to create something which wasn’t there before — she will make you as tight as you were, but not tighter. She can only stitch the area which is torn.

“I can’t see that anyone would think it is ethical if you are stitching a woman more than she needs.”

Some women DO regret the extra stitch, including mum-of-three Hayley Garbutt, 52, a beauty therapist, who says it ruined bedtime for her.

She says: “It’s taken me 25 years to finally enjoy sex, properly orgasm and find my confidence in the bedroom. 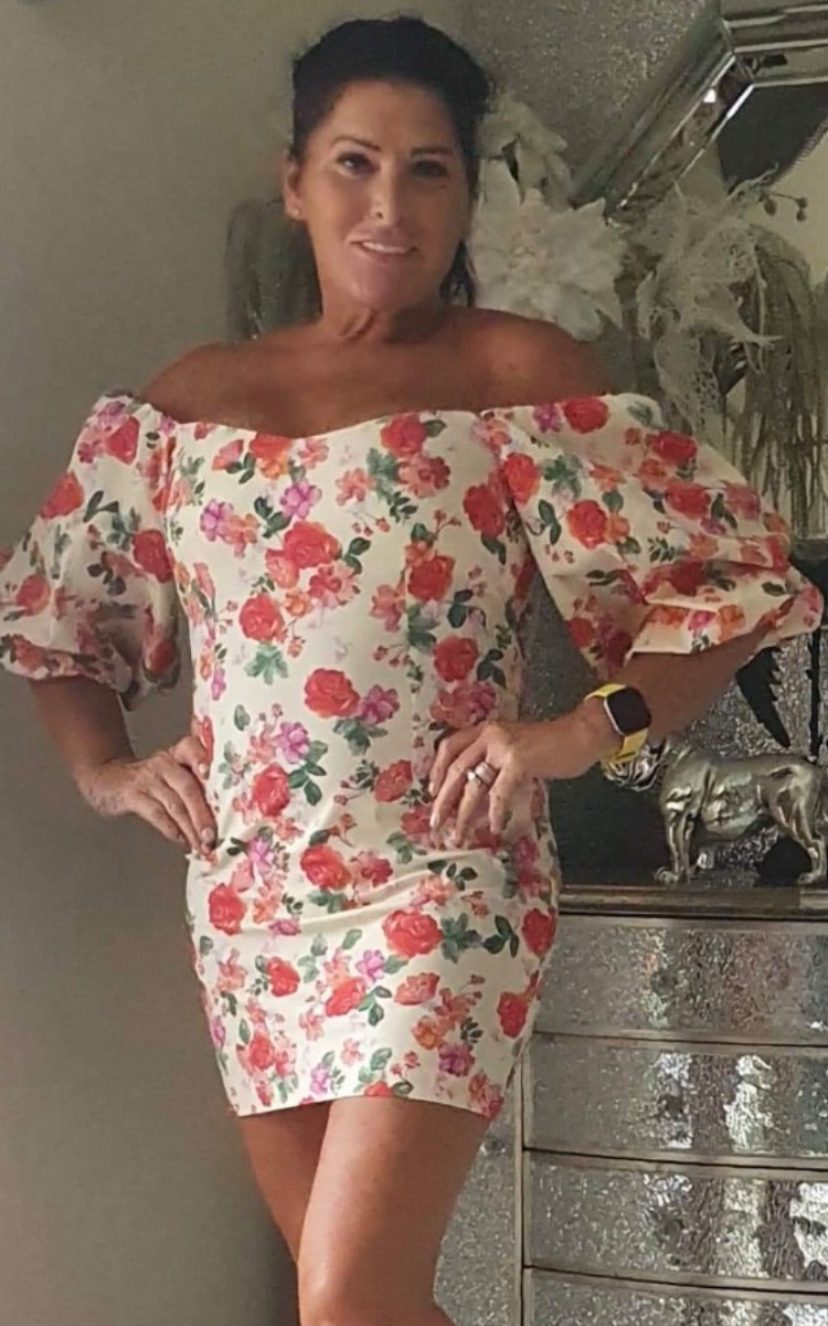 “I was 15 and my now-husband Maurice was two years older when we met in 1984. When I accidentally got pregnant two years later, we split up before the birth.”

In August 1986, after a 15-hour labour, Hayley’s daughter Julie* was born. Hayley, from Filey, North Yorks, says: “I knew instantly I’d had a bad tear.

“My granny had told me about the husband stitch and she had insisted I get it to keep things tight for my future man, so I did.

“Recovering was a nightmare. Using the toilet was excruciating, bathing sent searing pain through my lower body and walking was severely painful, so I took a look. I was nearly sick, there looked to be so many stitches. 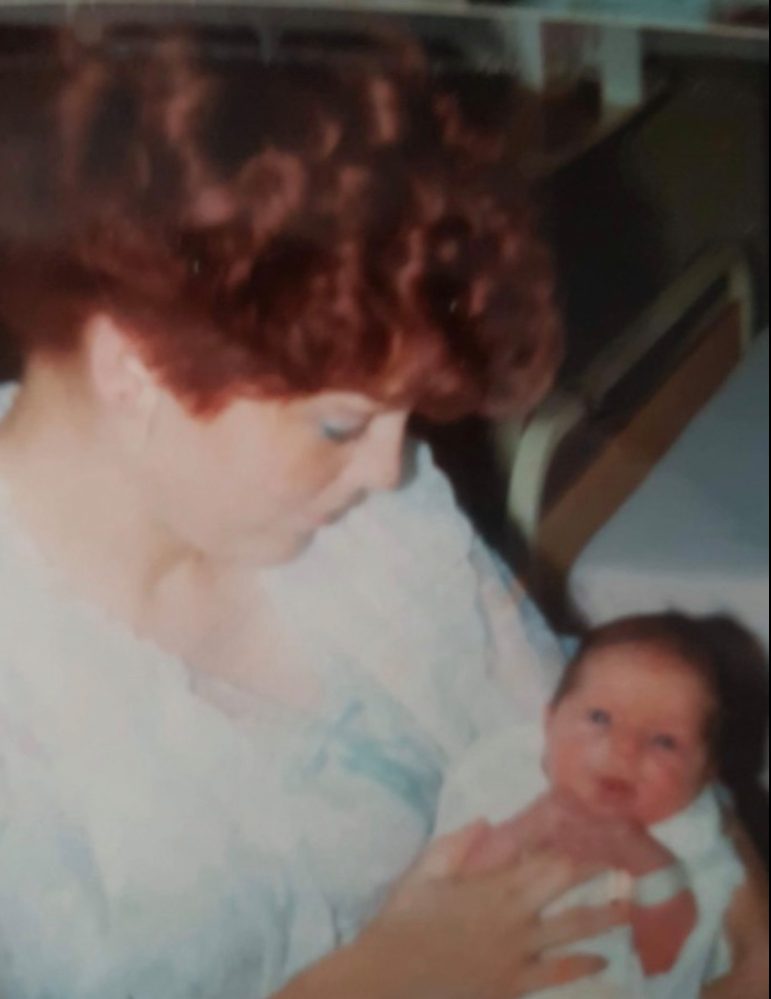 “They eventually healed, but it seemed like they’d scarred and the whole area didn’t look right.

"When I married my first husband in 1990 I refused to let him touch me down there. Sex was painful and orgasms impossible.

“I had three more children and always needed stitches­. I hated sex and I hated myself. My first husband and I started divorce proceedings in 2010, then Maurice came back into my life.

“When we had sex again I broke down and told him about what the husband stitch had done to me.

“His love and encouragement re-ignited my sex life. I would beg any new mum not to do it. I was robbed of a proper sex life for a quarter of a century.”

*Names have been changed.